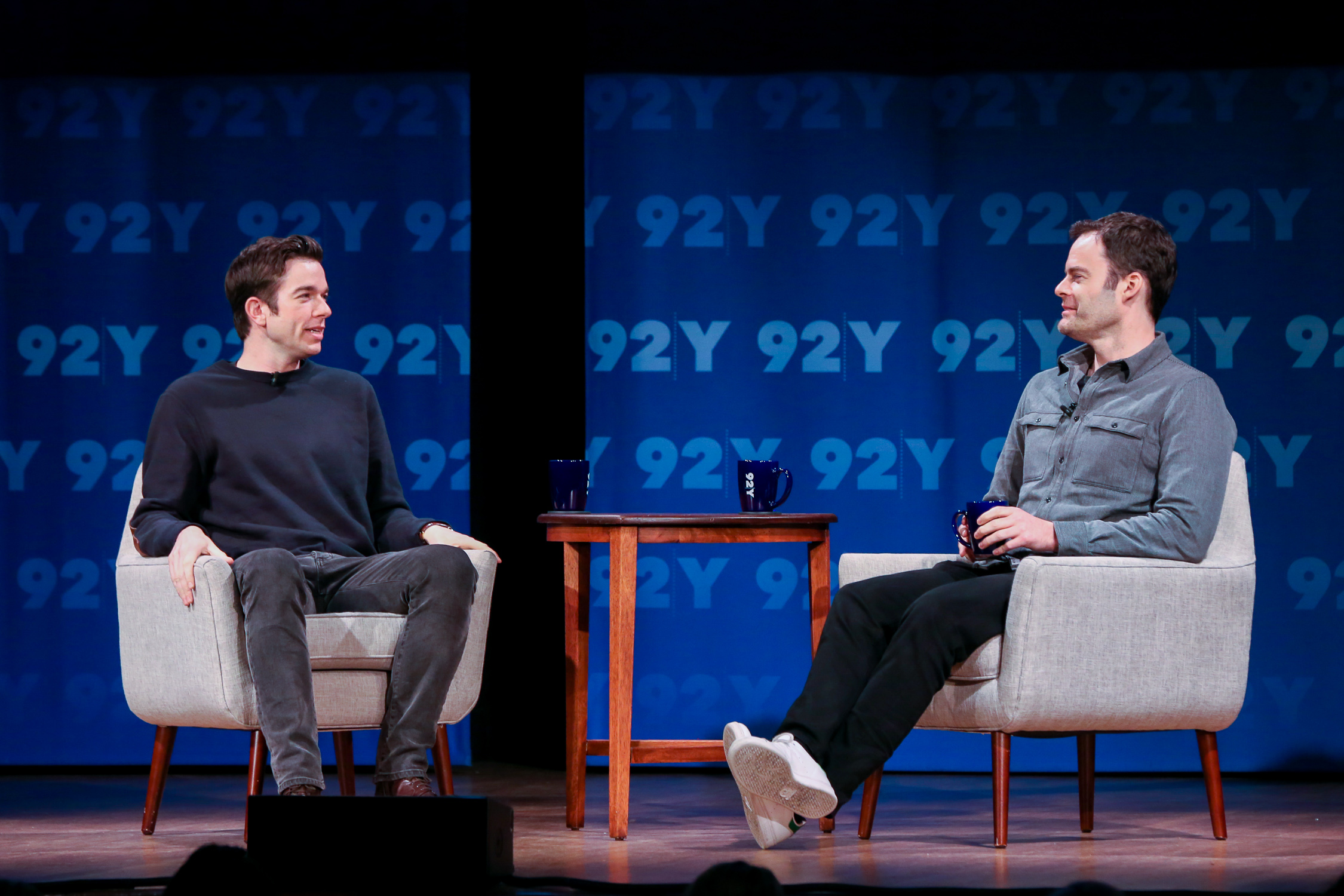 The 92 St. Y has amazing programs and brings the most influential and relevant artists to their “92 St. Y Talks” at the Kaufmann Concert Hall. The Kaufmann is a grand theatre. The wood paneled walls and decorative ceiling add to the sophistication, as do green velvet seats on a raked floor. The names of brilliant artists wrap around the top of the space. “Shakespeare”, “Dante”, “Goethe”, and other famous names are etched in gold.

Now, they need to add “Hader” and “Mulaney”. 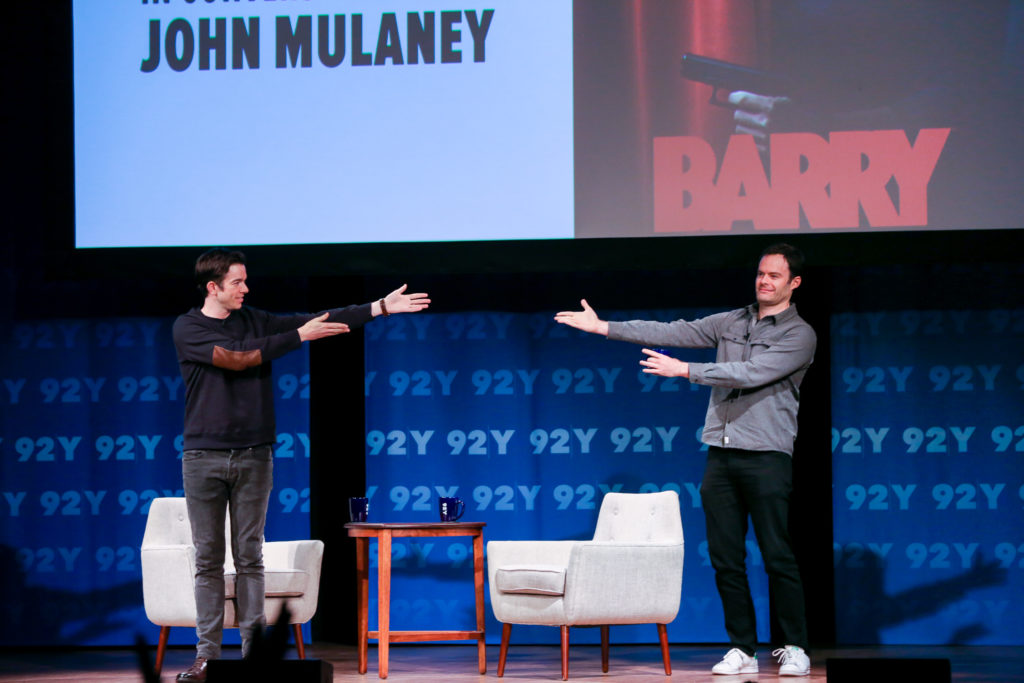 Emmy Award winning actor, writer director and producer Bill Hader and writer and stand-up comic John Mulaney met at Saturday Night Live over a decade ago. Together, they created some of Hader’s, no, that entire era of SNL’s, most memorable characters: Vincent Price, Herb Welch and, of course, Stefon. So, the city just about exploded when it was announced that the two would be at 92 St. Y, discussing Hader’s phenomenal show on HBO, Barry. The event, on May 12th, was completely sold out. 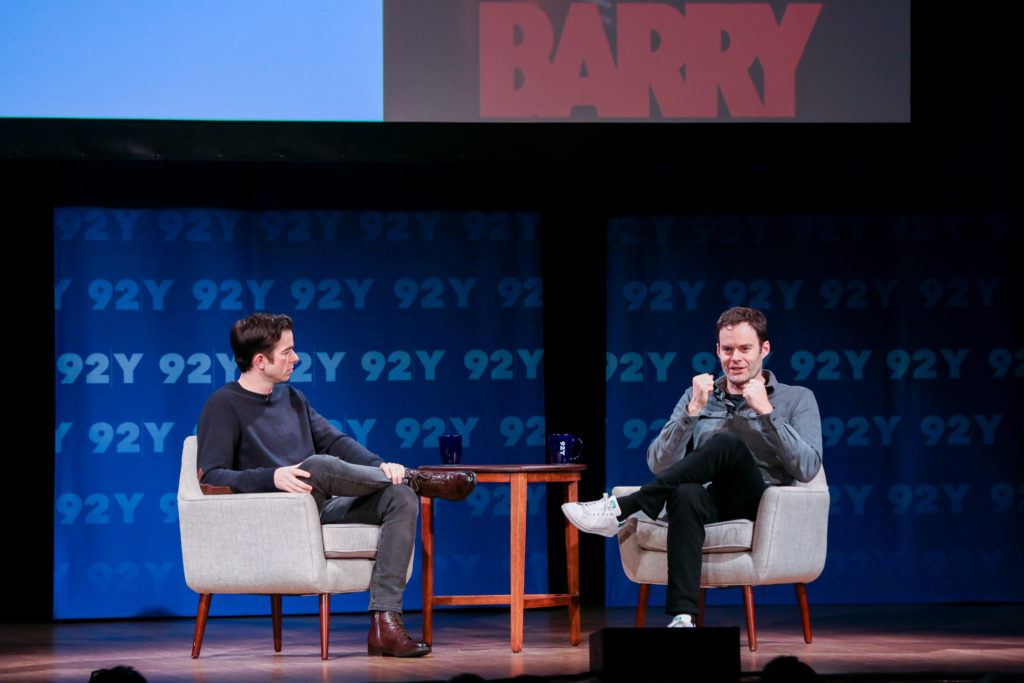 To thunderous applause and whistles that would give a person tinnitus, they came out and settled into comfy mauve chairs. As soon as they sat down, the banter began and Mulaney had Hader laughing the delightful, ingenuous laugh that his fans adore. They fell into a rhythm and it was as though we had happened upon a conversation that felt comfortable and familiar, warm and welcoming. And, of course, as funny as hell. 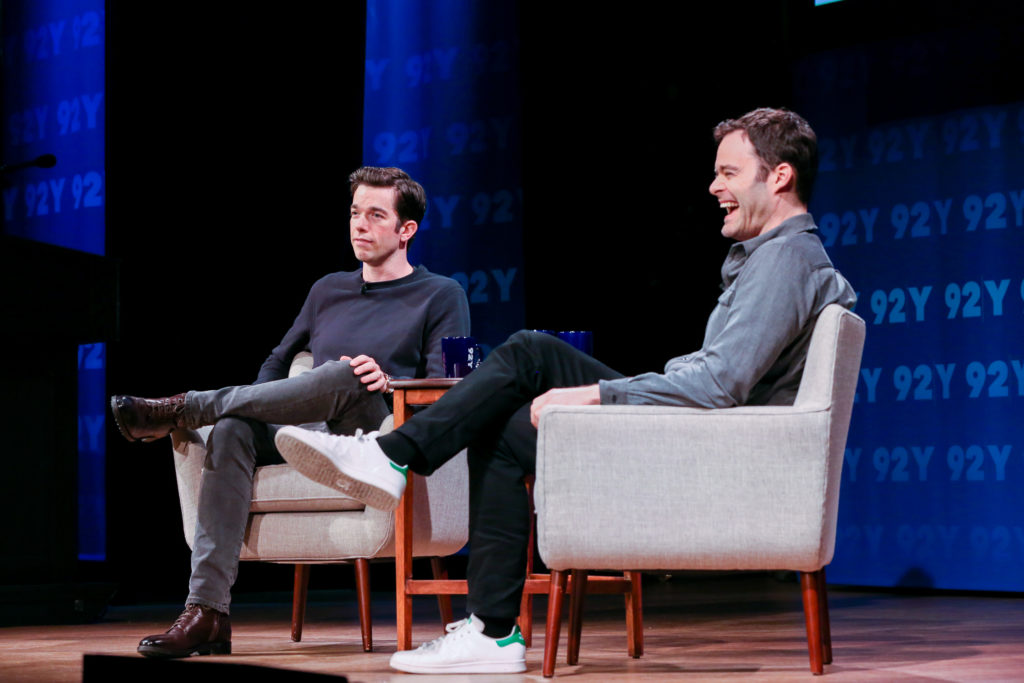 Originally, this talk was to focus on Barry, which has won countless awards for its writing, directing, and performances by Hader and cherished actor Henry Winkler. What the audience got, however, and much to everyone’s delight, was the experience of two of the funniest men on the planet discussing Barry, but also telling amazing SNL stories and giving great advice about everything from breaking into comedy, to the best choice of antidepressant (Hader says Lexipro, Mulaney chooses Wellbutrin). 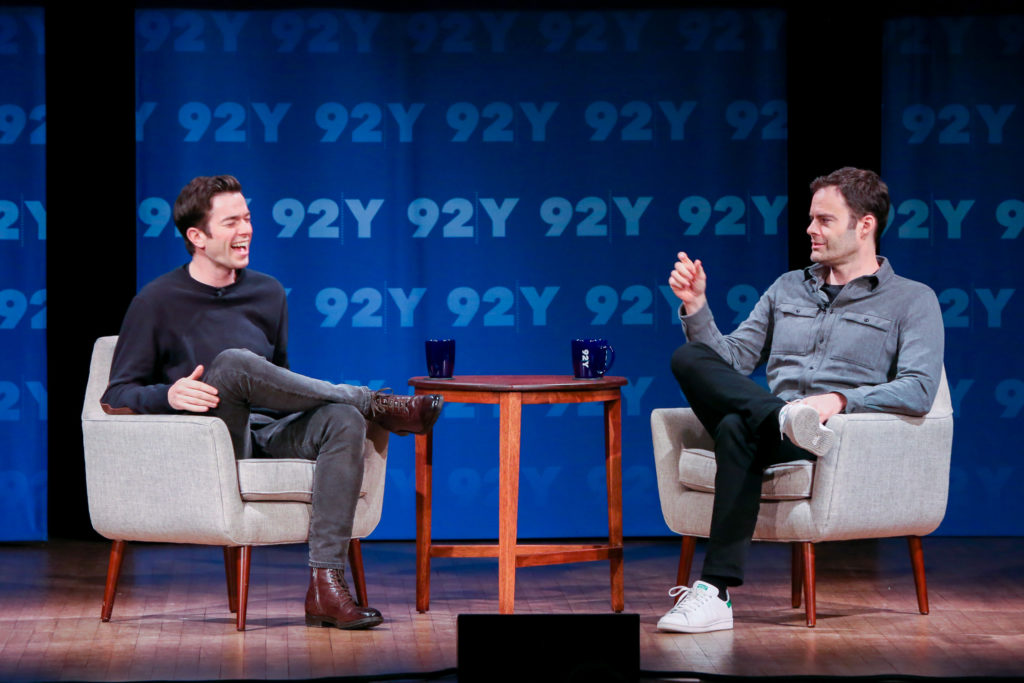 The two told hysterical stories about their time at SNL, the feeling of community, and how sketches came to be, such as The Vincent Price Halloween Special. Hader talked about how one man’s trash is another man’s treasure, citing ideas they had and sketches they wrote that didn’t grab the audience or producer Lorne Michaels (Hader pulled out his uncanny Michaels impression). One favorite of both Hader and Mulaney that didn’t make the cut was the Casey Kasem family, in which Casey and his son, Jasey have an argument that includes concerns for Jasey’s well being and lots of top ten hits. Met with silence in Studio 8H years ago, it made the crowd at Kaufmann Concert Hall burst into applause. 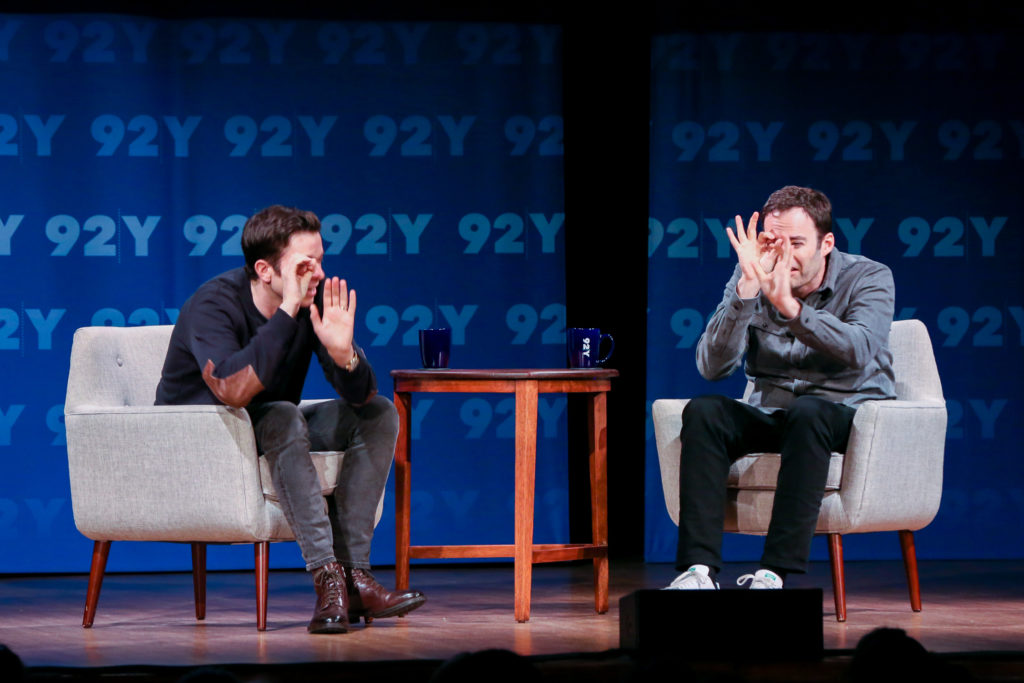 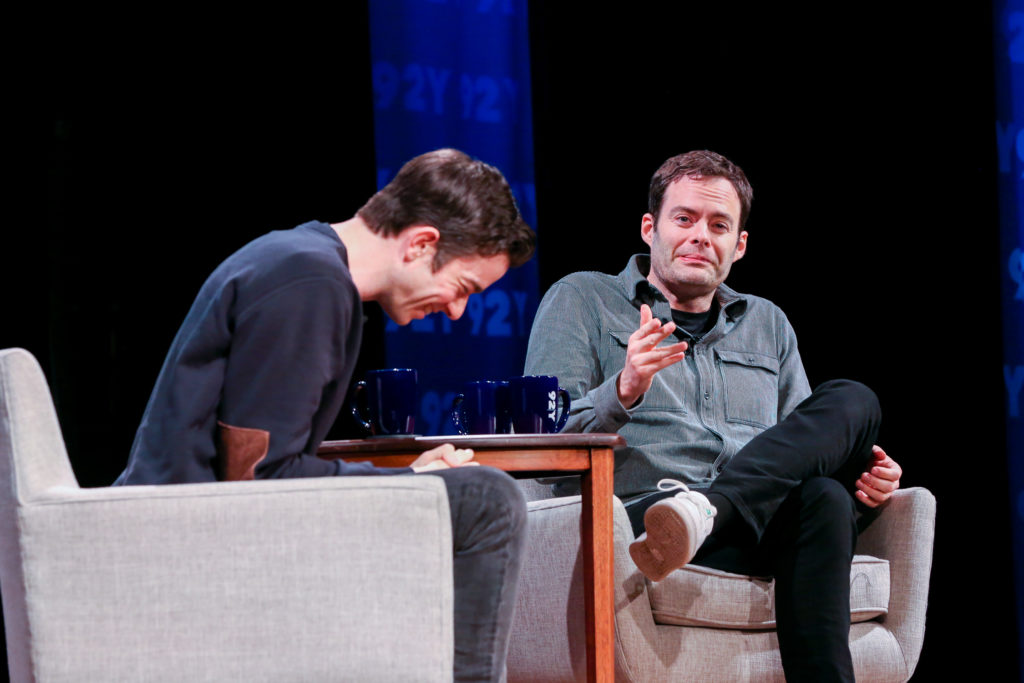 Audience members lined up to ask questions, and the subjects spanned from SNL to Hader’s upcoming role in It: Chapter 2 to Barry to a lovely young woman who made a tarot deck based on Mulaney’s stand up. And the two gentlemen responded to all questions earnestly, and with an ardor and comedic spirit that can only be defined as divine. 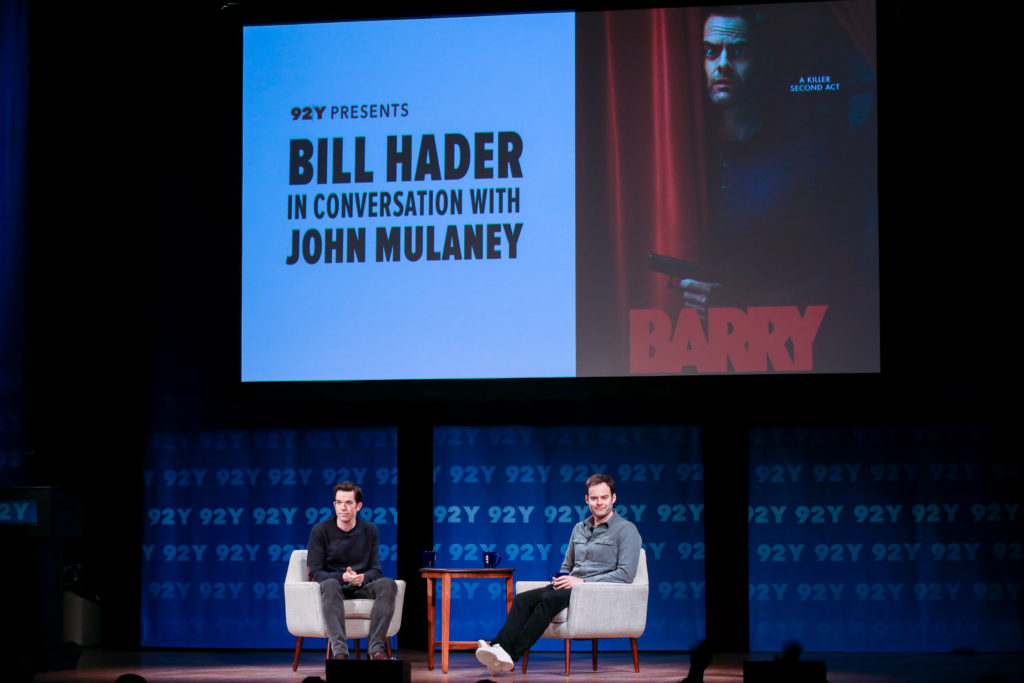 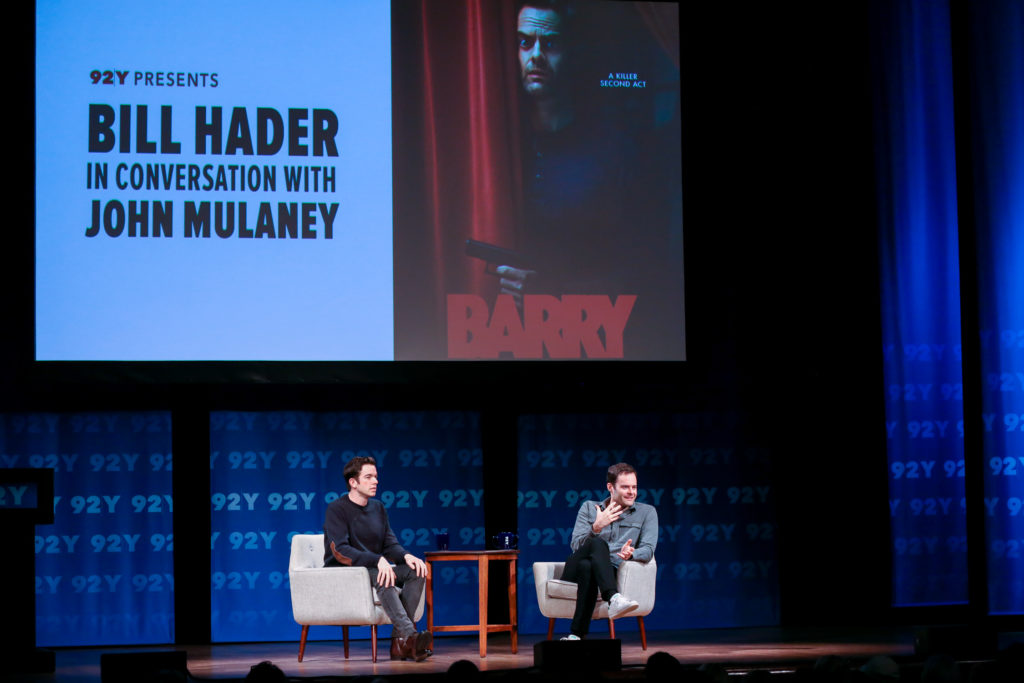 Whether they were a fan of SNL, John Mulaney’s amazing stand up or Bill Hader’s emergence as a wunderkind with the groundbreaking Barry, everyone left with tears in their eyes and a stitch in their sides, all thanks to two brilliant jesters and their genius.

You can enjoy HBO’s Barry: A Conversation with Bill Hader and John Mulaney HERE. 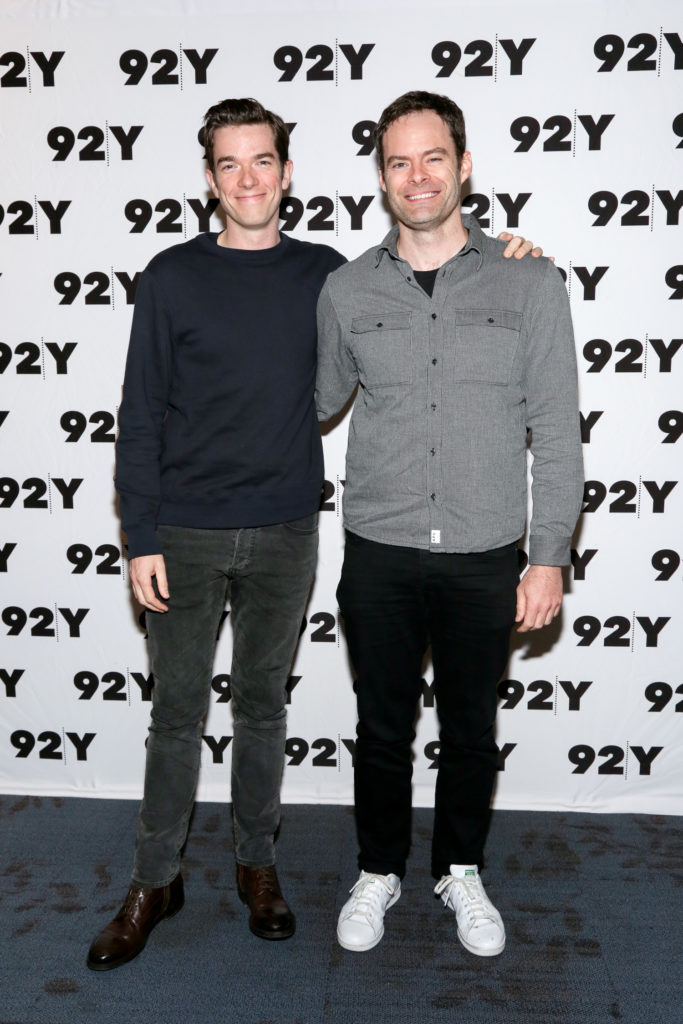 ALL THE FOOD IN THE WORLD: Discover the hidden gems of the Los Angeles food scene at LA Times Food Bowl Night Market