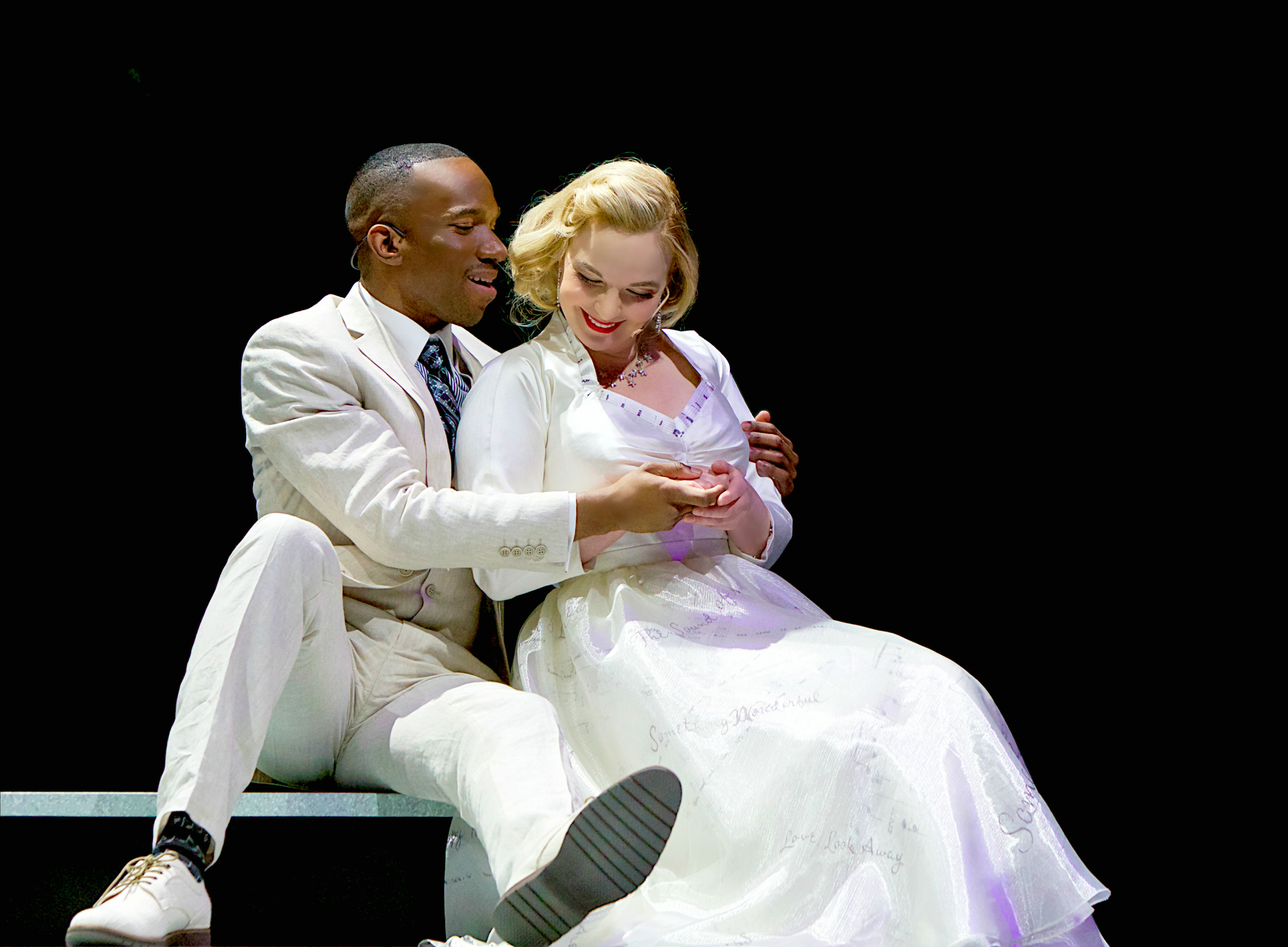 Sincerely, Oscar is just that, a sincere tribute to Oscar Hammerstein. Yes, he’s been dubbed Broadway’s greatest lyricist and after listening to 30 of his greatest hits from shows including Show Boat, Oklahoma! Carousel, South Pacific, and of course, The Sound of Music that’s certainly not called into question. After all, there’s hardly a song in his oeuvre that we don’t cherish and adore. Why? He delves so deeply into the heart and soul of each character that the honesty, the commitment, the passion of character is so perfectly individualized that we become one with them, sharing their quest for love and believing their dreams will 1000% be fulfilled. 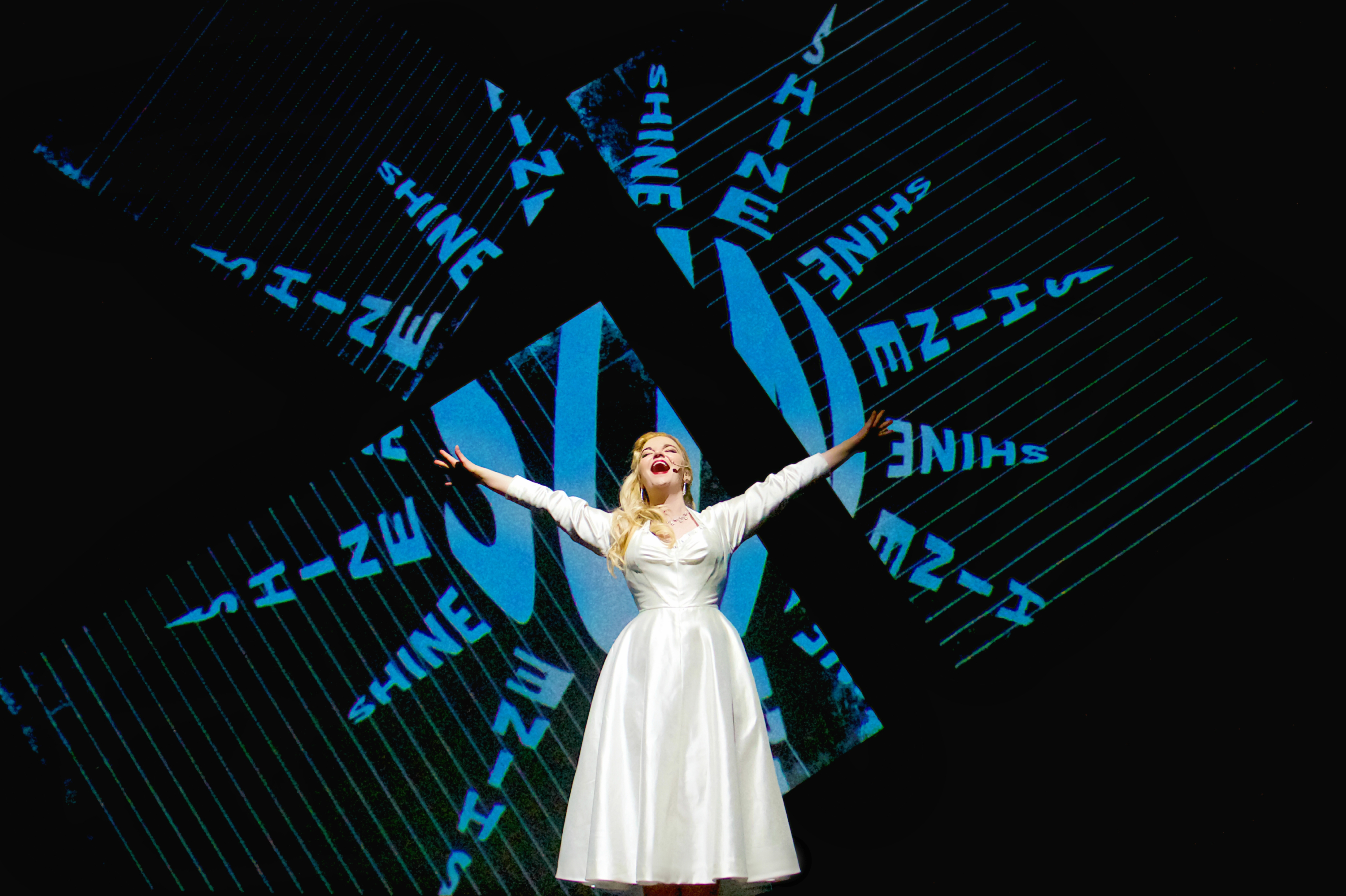 Doreen Taylor created and leads this limited engagement show (She is known for her role as Christine Date in The Phantom of the Opera; Candide; Billboard Top 100 Recording Artist). Azudi Onyejekwe (The Great Comet, Violet) shares the stage with her, complementing her presence with nimble moves for sure, but when he does reach for the stars, as in Old Man River, he shows off a powerhouse voice. 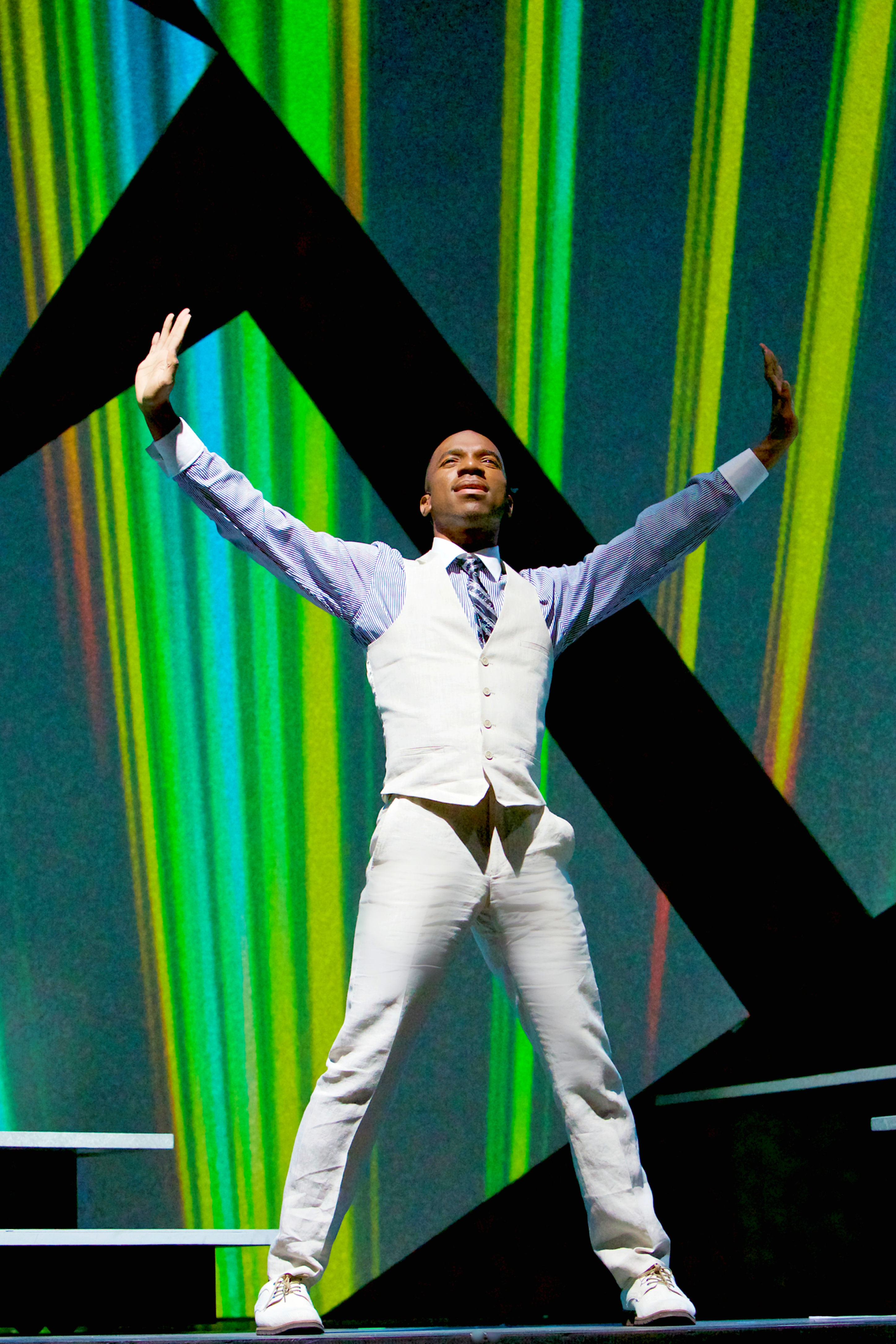 Oscar Hammerstein himself co-stars, his presence is a Hologram which in a somewhat ghostly manner adds commentary to the show, personal insights from his correspondence, lyrics that were never published, interviews from the days when he was King of Broadway and rare memoirs give us a glimpse into the man behind the brilliant yet so very accessible lyrics.

Letting us in on little secrets here and there, Oscar memorably shares back stories behind favorite tunes. Wanting to write a love song that wasn’t a love song for the lead characters in Oklahoma! Laurey and Curly, he takes a charmingly cautionary tone with “People Will Say We’re In Love” as each character encourages the other to stop the gossip mills from churning.
“Don’t throw bouquets at me
Don’t please my folks too much
Don’t laugh at my jokes too much
People will say we’re in love!” 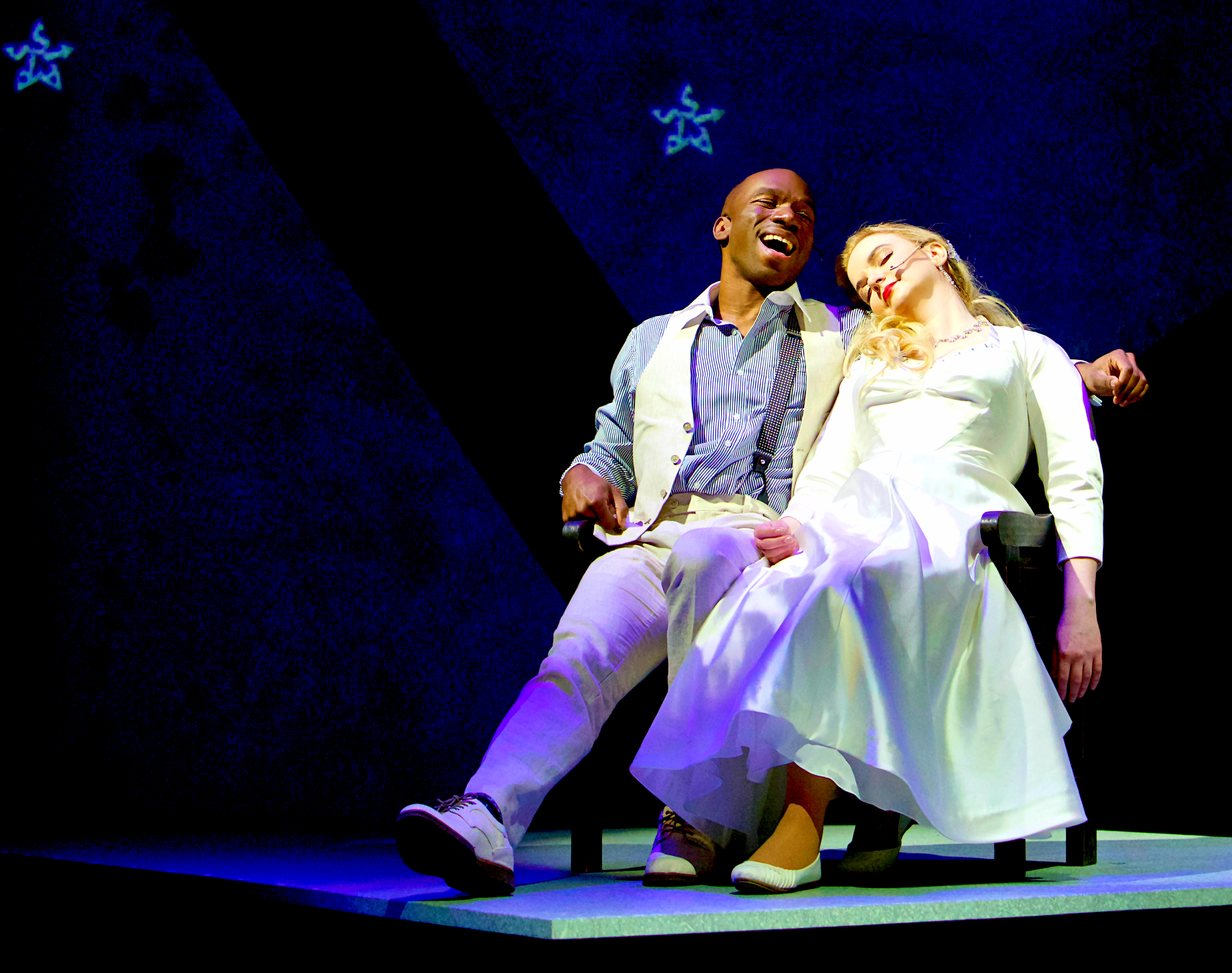 Visually the production is a marvel, with imagery projected beautifully on the stage-filling screens, mountains, evening skies, the writings, the poetry of Oscar Hammerstein and even the tools of his trade appear magically adding a fresh new dimension to the show. Dreams of course have a leading role here: the dreams of Oscar himself and the dreams of the characters, their emotional narratives encouraging us all to
“Climb ev’ry mountain
Ford ev’ry stream
Follow ev’ry rainbow
Till you find your dream.”