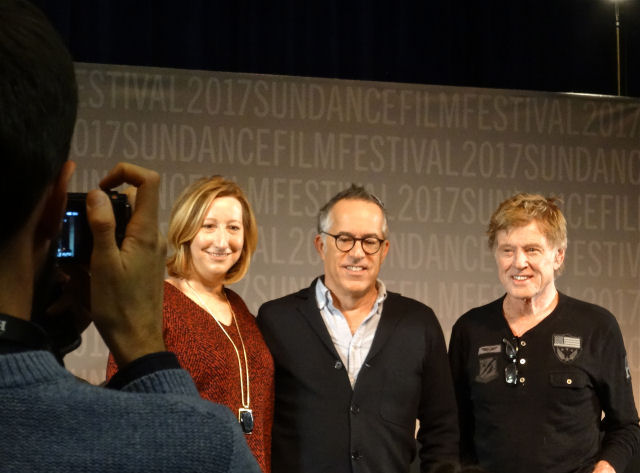 Keri Putnam, John Cooper and Robert Redford during the Sundance2017 Day One Press Conference at The Egyptian Theater

Opening Day of the Sundance 2017 Film Festival in Park City, Utah was spent as usual in a 90 minute conference with the founder himself, Robert Redford. Excited about this years films, concerts, events and exhibitions, the Oscar winning actor was excited over the expanding categories and especially inspired about the newest section on the roster – Virtual Reality. However he still has a soft spot in his heart for features films that catapulted his career and enthusiastically adds, “I’ve always loved documentaries… because they really make you feel like you are there and the documentaries have become more and more important as the news media world has shrunk into a sound bite.”

Answering questions on how the ‘Institute’ will handle the new administration Redford offered that politicians come and go and that they would continue their work as they always have and he will stay positive. “We don’t occupy ourselves with politics we support the storyteller and if it comes up in the films then so be it. ” As far as possible budget cuts in the funding of the arts Redford gives the advice that if it happens people will need to stand up and have their voices heard and a movement will be created — I think that’s very very healthy.” 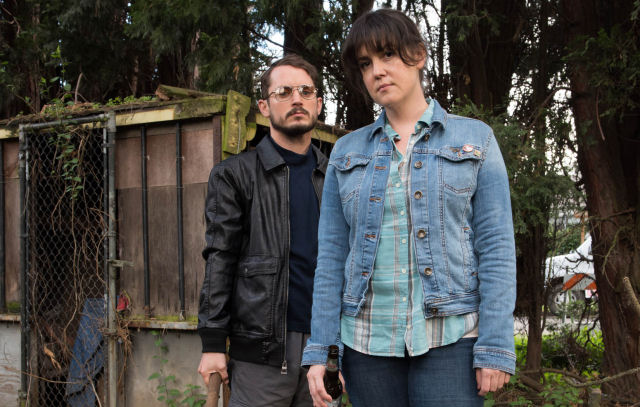 Elijah Wood and Melanie Lynsky perform in I Don’t Feel At Home In This World Anymore during the Sundance 2017 Film Festival/ Photo: Sundance.org

The U.S. Grand Jury Dramatic Prize went to ‘I Don’t Feel At Home In This World Anymore’ a stunning film that depicts a depressed nursing assistant played by Melanie Lynsky who recruits her erratic neighbor played by Elijah Wood to help her investigate a robbery while uncovering a degenerate gang.

The Audience U.S Dramatic Award went to Crown Heights, a true story about a young black man, Colin Warner, played masterfully by Lakeith Stanfield who is arrested, tried and convicted for a crime he did not commit and his best friend, spends his life pursuing any lead to set him free. 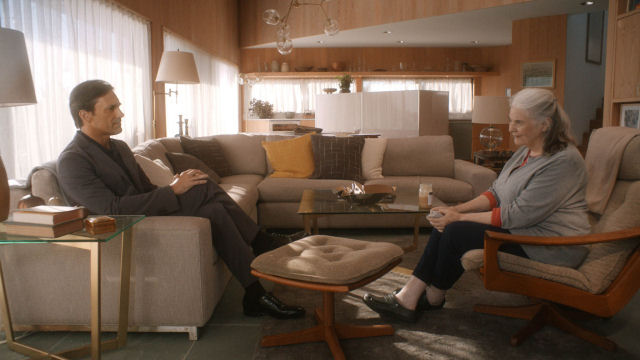 The Alfred P. Sloan Feature Film Prize was given to ‘Marjorie Prime’ starring Geena Davis, Jon Hamm and Tim Robbins which brilliantly depicts an eighty-six-year-old Marjorie spending her last days interacting with artificial intelligence, recounting her’s and her husband’s life together. Relying on information from her family and her own memory she tries to understand their painful history while choosing some things to forget. 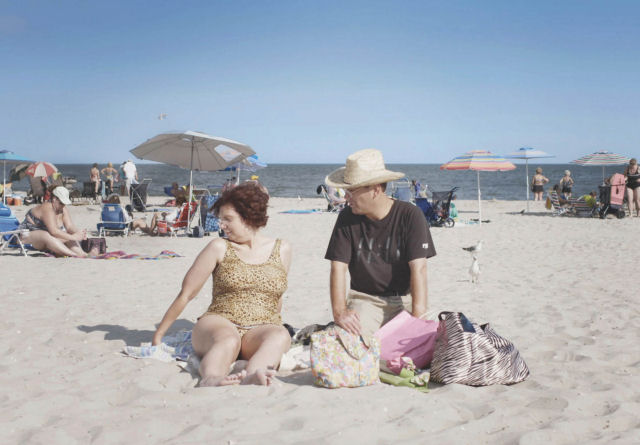 Dina & Scott from the film ‘Dina’ that premiered during the Sundance 2017 Film Festival/ Photo – Sundance.org

The U.S. Grand Jury Documentary Award went to ‘Dina’ a touching story about an eccentric woman of the same name who has her fiancé Scott, a Walmart door greeter, move in with her. Head-over-heels in love, the couple struggles to deal with their neurological disorders. Scott who has difficulty with intimacy is at odds with Dina’s yearning to be physically close. This leads to anxieties and insecurities while they try to make a go at a committed relationship.

Chasing Coral shows the devastation of reef bleaching throughout our oceans which premiered during Sundance 2017 Film Festival. Photo: Sundance.org

The U.S. Documentary Special Jury Award for Inspirational Filmmaking went to ‘Step’, a film that tells the story of a young womens school with a goal to send every student to college despite their unfortunate circumstances. As the film follows several seniors in a step dance team and their journey through the college process, their story unfolds to show their trials and tribulations and how they overcome obstacles with the support of their community while utilizing their own inner strengths.

The Dramatic World Cinema Grand Jury Prize went to ‘The Nile Hilton’ which tells the story of a singer who was murdered in a Nile Hilton hotel room. The victim was then discovered to have been carrying on a secret relationship with a well-to-do parliament member who was also the hotel owner.

The World Cinema Documentary Grand Jury Prize was awarded to the ‘Last Men In Aleppo’, a film about Syria’s ongoing civil war and the lives of “White Helmets” who are Aleppo’s first responders. volunteers Khaled, Mahmoud, and Subhi race into the devastation to rescue victims while others run away from this city on the brink of collapse.

The World Cinema Documentary Audience Award went to Joshua: Teenager vs. Superpower, depicting the life of Joshua Wong a Hong Kong college student, a passionate political activist whose deep commitment to his convictions about freedom makes him fearless in his battle against the Chinese regime. 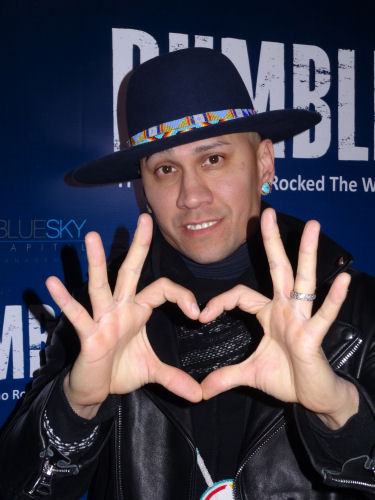 The World Cinema Documentary Special Jury Award for Masterful Storytelling went to ‘Rumble: The Indians Who Rocked The World’. With interviews from icons like Martin Scorsese, Stevie Van Zantz, Iggy Pop, Slash, Quincy Jones, Taj Mahal, Steven Tyler, Taboo (Black Eyed Peas) and Tony Bennett along with concert footage, recreations and auto archives the stories of these talented native American Indian musicians were told. Their profound effect on American music from Jazz to Blues to Rock that included Jimmy Hendricks, Charlie Patton, Link Wray and Mildred Bailey. Unfortunately as Native Americans they weren’t always treated fairly and given their due. 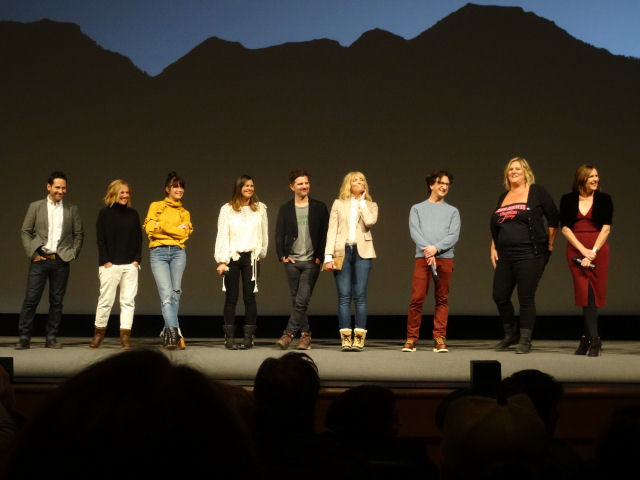 If it’s non-stop laughter you are after, the premier ‘Fun Mom Dinner’ directed by Alethea Jones and written by Julie Rudd starring, Bridget Everett, Katie Aselton, Toni Collette, Molly Shannon, and Adam Levine with a cameo by Paul Rudd, delivers. After a group of women come to grips with the realization that there is more to life than being a mom, surrounded by diapers and planning play dates, the ladies go out for a night on the town that turns into an evening they won’t forget. 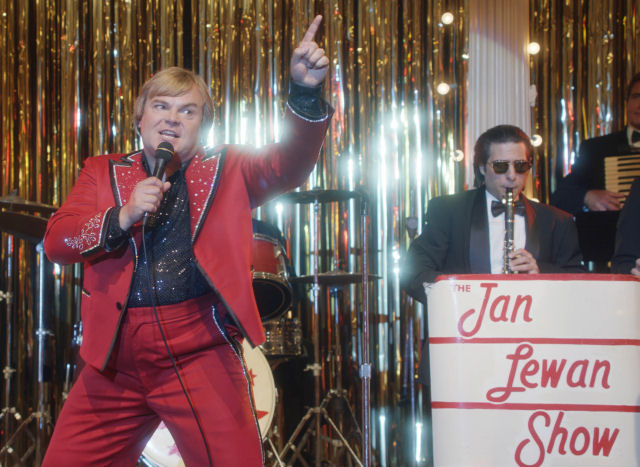 Jack Black performs in The Polka Dot King during its premier at the Sundance 2017 Film Festival/ Photo-Sundance.org

Many more prime premiers with major celebrities were abound during Sundance 2017 that included ‘Beatriz At Dinner’ starring Salma Hayek and John Lithgow, ‘The Discovery’ with Robert Redford, ‘The Last Year’ with Shirley MacLaine and Anne Heche, ‘Manifesto’ with Cate Blanchett, ‘Mudbound’ starring Carey Mulligan and Mary J. Blige, ‘Rememory’ with Peter Dinklage, ‘Where is Kyra’ with Michelle Pfeiffer, ‘Wilson’ starring Woody Harrelson and ‘The Polka Dot King’ with Jack Black. Even with this impressive roster of films, which is the heart of Sundance, it continues to expanded into many more impressive categories in the world of art making it one of the most exciting film festivals in the World.

0
Millennium Magazine March 9, 2017
No Comments Yet