Los Angeles NFL (American) football fans had been hungry for years for the return of the Rams to the West Coast. When the deal was sealed last year, and a new stadium went under construction, the diehards were already booking full season and single game tickets. Like fine restaurants around the world, “quarterbacked” by celebrity chefs, those coveted “reservations” for seats at the games will be sold out for years to come.

For this reason, we found the Inaugural Taste of the NFL – Los Angeles Rams, benefiting the Los Angeles Regional Food Bank, near the start of American football season an inspired idea. As the players would before a game, attendees supporting the cause of feeding families in need fueled up with hearty bites crafted from quality ingredients. Proceeds from sponsorship opportunities, ticket sales and the auction benefited the charity.

“The concept behind Taste of the NFL is to combine people’s passion around football and food to create a fun environment that allows attendees to engage in the fight against hunger,” said Molly Higgins, Vice President of Community Affairs and Engagement, Los Angeles Rams. “Taste of the NFL has become an effective way for the Rams to utilize our players to make a meaningful difference in the lives of our neighbors who are dealing with food insecurity.” 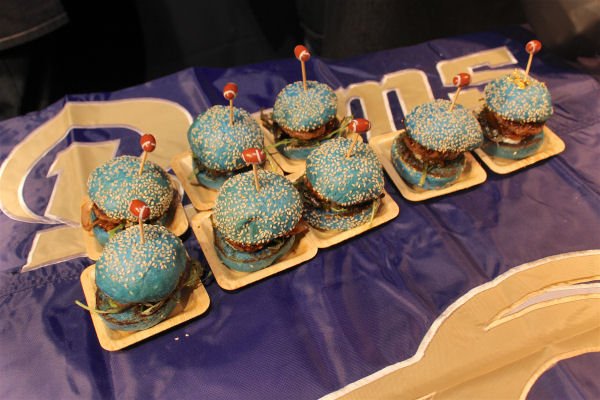 Now, for the play-by-play recap of the evening: Special purple and gold Rams Lamburger sliders crafted by Sysco Food Services Benjamin Udave hit the playing field with a lot of fanfare (down to gold leaf on the bun). Rookie chef Jessica Largey showed promise with her pickled tomatoes and burrata appetizer, and Susan Feniger strutted her stuff with addictive pork tacos, Border Grill-style. However, we found the real touchdowns scored by Neal Fraser’s fried clams and aioli, Travis Strickland’s prime rib and risotto, and the bold presence of Duff Goldman (known in the U.S. for Ace of Cakes on the Food Network.) 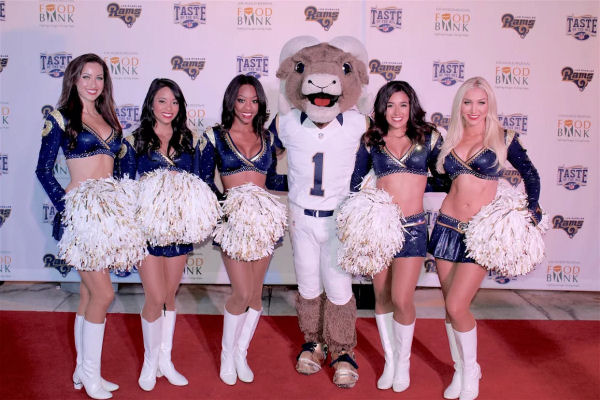 Attendees were greeted by Rampage the Mascot and the Rams’ cheerleaders inside the arena, Rams players past and present were on hand. Punter Johnny Hekker noted supporting the Los Angeles Regional Food Bank cause is close to his heart, as his mother on a local food bank to make ends meet when raising her five sons.

Saybrook Point Inn & Spa: Connect with the best of New England while worlds away from the everyday