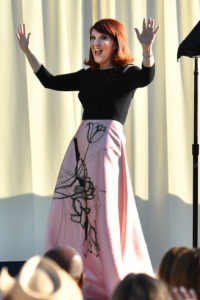 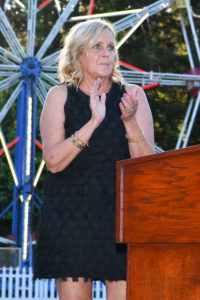 While there’s much talk about “awards season,” Hollywood also has its charity season. There may are less pomp and circumstance on a national and international level, but there’s a lot of star power involved in drawing attention to a variety of causes. Midway between the Academy Awards and the Emmy Awards, summertime offers prominent members of the Hollywood community opportunity to spread the word on beloved charities and focus on more important issues beyond telling industry influentials who should be up for a nomination or award.

On June 9, there was a roundup of physicians, philanthropists, cancer survivors and their family members atCalamigos Ranch in Malibu for the 33rdedition of The John Wayne Cancer Institute Odyssey Ball. Attendees at the Angels and Cowboy -themed event–celebrating a way of American life the organization’s legendary namesake made globally famous—collectively rustled up nearly $500,000 U.S. to finance cancer research, treatment, and education at the institute. 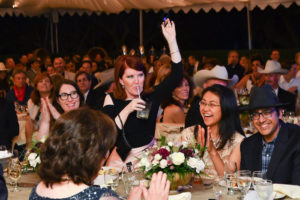 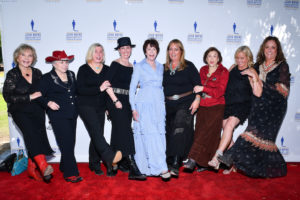 Emcee Kate Flannery, best known for her role on The Office, was “on” the entire evening, from the formal awards presentation to the raffle following a dinner of barbeque steak, chicken, and wines from the property’s vineyards. Her sunny personality and playful repartee reflected the gratitude of individuals and families benefitting from oncology and scientific breakthroughs from the organization’s efforts and those tirelessly giving their time to make those efforts possible. 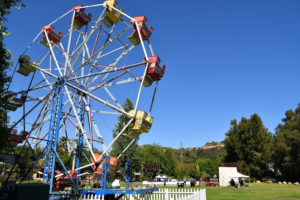 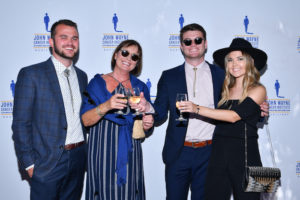 New York Times Best Selling Author Lewis Howes was presented with the prestigious “Generation of Hope Humanitarian” award. Howes accepted the award from Anita Swift, John Wayne’s granddaughter and the current president of the Auxiliary. He was recognized for his work as a motivational speaker, his ‘The School of Greatness” podcast, and Advisory Board Member of Pencils of Promise in addition to his efforts on behalf of the John Wayne Cancer Institute.

The celebration also saluted the organization’s past presidents, a group of 14 philanthropic women who have led the charge in raising more than $20 million to date for critical cancer research and education programs, with “The Trailblazer” Award. 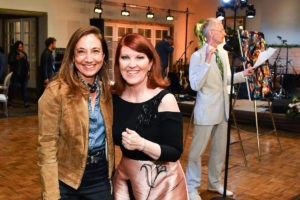 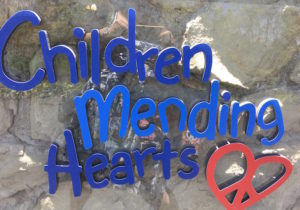 The Children Mending Hearts’ “Empathy Rocks” gala on June 10 could be described as a whimsical garden party that brought alive the kid in everybody, from its cotton candy cart, Hannah’s chocolate covered bananas, and face painting to arts and crafts stations, manicures and gifts from with the recently launched Seattle-based VIQUE vegan nail polish line, and cute accessories for sale emblazoned with Tokidoki characters.

Honorees included Shailene Woodley (represented by her mother, a school counselor), actors Storm Reid, Camila Mendes, and Madelaine Petsch; and Lady Gaga, speaking on behalf of her Born This Way Foundation. Funds raised from event ticket sales, table buys, and benefit Children Mending Hearts, who is dedicated to combating bullying and intolerance by inspiring empathy in children through art and service-learning programs. 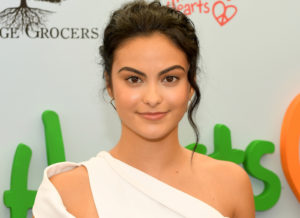 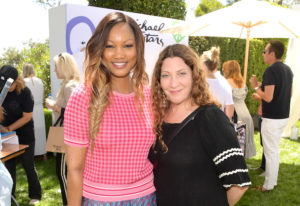 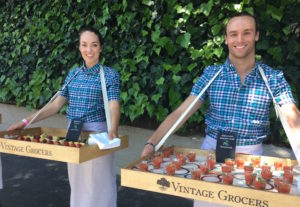 Beyond the fun and games, and with the charity’s suicide prevention/anti-bully focus, the awards presentation capping the event took on an unexpected extra level of urgency, poignancy, and relevance. Many of the speakers not only spoke of teens who took their own lives and young people organizing to prevent peer suicides but the passing of Anthony Bourdain and Kate Spade in the week leading up to it. 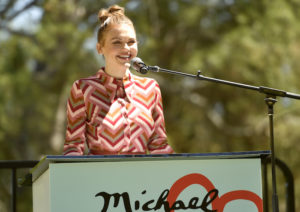 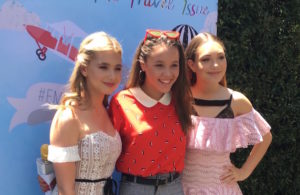 5 Summer Hotspots to Soak in the Sun

IT’S ONLY ROCK ‘N’ ROLL, BUT WE LOVE IT: The Bourbon Room Brings Live Music Back to the Sunset Strip

Best Location for Your Pre-Wedding Party