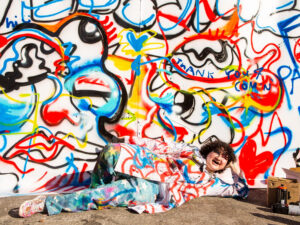 Art Basel Miami is the art world’s biggest annual bash — a citywide marathon of official and satellite events that draw galleries, collectors, and fans from around the world. This year, the fair got a crypto-powered digital makeover, as pretty much the entire NFT scene — from Beeple to the Bored Ape Yacht Club — took their talents to South Beach for a weeklong series of immersive experiences, yacht parties, and much more. “This is the first time that Art Basel has taken on this digital footprint,” Miami mayor Francis Suarez told an NFT crowd early in the week. “I’ve been saying this is going to be the largest sale of NFTs in the history of humanity.”

Why it matters… Before Basel Miami 2021 kicked off, some art-world observers had wondered if big international galleries — whose clients’ purchasing power fuels the annual event — could comfortably coexist with crypto. The answer? Not only do digital and traditional art both have a place at Basel Miami, but together they’re pushing art and collecting into the future. At his paint-splattered bash, FEWOCiOUS summed up the potential: “NFTs taught me art doesn’t have to be a still painting. We still have to explore fashion, literature, and more.”

What to Know About Renting an Apartment in New Jersey