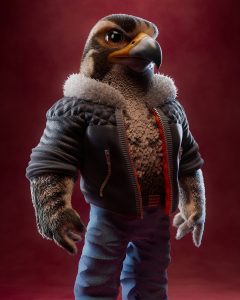 Membership clubs have surged in popularity over the past decade promising you access to physical clubs (e.g. SoHo House) and/or service-oriented organizations offering on-demand lifestyle planning usually afforded to the 1%.  However, these clubs still operate using the archaic country club model of paying a costly annual membership fee just to get in the “door.” Today, new blockchain technologies such as NFT has allowed the membership model to evolve into one that offers not only access but also a secure, long-term investment.

Angry Falcons is excited to be among the early adopters to use NFTs as more than digital artwork.  Their goal is to create instant value and real-world utility through its exclusive lifestyle membership club.

The initial offer of 10,000 limited edition 3D NFT Angry Falcons tokens makes use of the Ethereum blockchain. Artist Khaled Allahou designed 3D rendered attributes for a mind-blowing 25 million+ possible unique characteristics to create a rare piece of art.  Each of the 10,000 falcons is individually designed by Allahou and reflects the attributes which holders relate to – confidence, strength and aspiration.

Securing an Angry Falcons NFT instantly unlocks access to the lifestyle club, which has been designed to be exclusive, unique and personal to each member.  This is not a one-size-fits-all club model, but rather one which creates a DAO (decentralized autonomous organization) community that is in the driver’s seat with full voting power and decision-making. 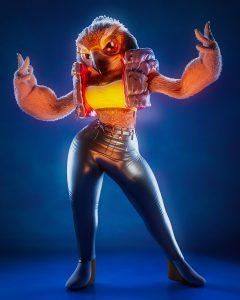 Since each NFT is safely and securely stored on the blockchain, holders never lose access to their artwork and can freely share, trade or sell as they see fit. Part of the proceeds from every mint and royalty fee go into a treasury for the DAO community. This treasury is used to expand or alter the club’s services based on the needs and desires of each member.

Following an initial period post-minting, each member will be given the option to evaluate the utility services provided through the club and will be able to vote on the future utilities available to the community to ensure everyone is getting the most out of their membership experience.

Think of the Angry Falcons NFT as a winning lottery ticket payable in exclusive member perks, which in this case is travel and lifestyle concierge services provided through The Frillstyle – a premier lifestyle management company boasting an established network of contacts across all seven continents.  With offices in global gateways (New York, London, Los Angeles, Dubai), The Frillstyle team offers members unmatched access to worldwide products, services, events and travel experiences.

The initial services offered through the Angry Falcons Lifestyle Club include two utilities which NFT holders instantly unlock once minted:

Angry Falcons understands this investment in the future is a shared one and prides itself in establishing a relationship with each member.  Whether an NFT holder takes advantage of the travel and concierge utilities or not, each member will still have passes to attend annual events, access to the metaverse and use of the merchandise store – all organized to sustain the project and keep the community close and growing.

Similar to the value of the NFT art increasing over time, the Angry Falcons works to ensure the intrinsic value of the membership increases as well. The perks and benefits that save each member time and money over the long-term will cover the original investment in the digital artwork.  It’s a win-win for holders even if they do not use the offered utilities since the unique Angry Falcons NFT value is a secure, longstanding and worthwhile investment.

The Basics of Digital Commerce