Last week, it was confirmed that pop-rock band Maroon 5 would be the headliners of this year’s Super Bowl halftime show, much to many anticipating fans dismay. The announcement seemed “anticlimactic” to protestors, hoping for an act more deeply connected to Atlanta’s rich and historic music scene, as this year’s game will take place at the Mercedes-Benz Stadium in Atlanta, Georgia. 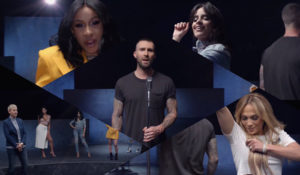 It seems as though the NFL has heard the public outcry, with reports of negotiations with Cardi B taking place. The female rapper is featured on Maroon 5’s Girls like You, which made the fourth-biggest jump (90 positions) in the Hot 100’s history. However, there is talk that Cardi would like to do more than just her feature, and is requiring her own personal allotted time for a setlist.

No final agreements have been reached yet, but a dynamic similar to Coldplay and Beyonce’s from 2016’s halftime show is likely.