Having lunch with my favorite television personality and his wife is an experience I will never forget. Casually dining at Princeton, NJ over rigatoni and gelato, I sat and chatted with “Impractical Jokers” star James Murray (Murr) with his wife, Melyssa. We discussed filming the 10th season of “Impractical Jokers,” the release of his second children’s sci-fi book, his solo tour and more.

The last season of “Impractical Jokers” was different this time with the departure of longtime friend and castmate Joe Gatto. To fill the void, a new celebrity guest was featured in each episode.

Murr explained that “Joe is irreplaceable” and that he and his co-stars never once considered finding a permanent replacement for Joe.

Being the creative that he is, Murr looked at this change as an opportunity to enhance the show’s format to incorporate celebrities in every episode. With the longevity of “Impractical Jokers,” Murr and his co-stars Sal and Brian (Q), have befriended many celebrities over the years that included Brooke Shields, Chris Jericho, Joey Fatone and many more and they often invited celebrities they know personally to be featured on the show.

“Celebrities give a whole new tool belt to draw from for inspiration,” Murr explained, as each has their own flavor and personality.  The 10th season continues to film with the celebrity format with many fun surprises.

During the last year, Murr has been on tour for his solo comedy show.  Murr has traveled nationwide and to the United Kingdom for shows in Manchester and London. In each of his performances, he played “Impractical Jokers” live with the audience. Murr would pick an audience member and gave them an earpiece. The lucky individual was sent out in the streets and had to say and do whatever Murr told them, while a hidden cameraman broadcasted the challenge where the rest of the audience watched live! 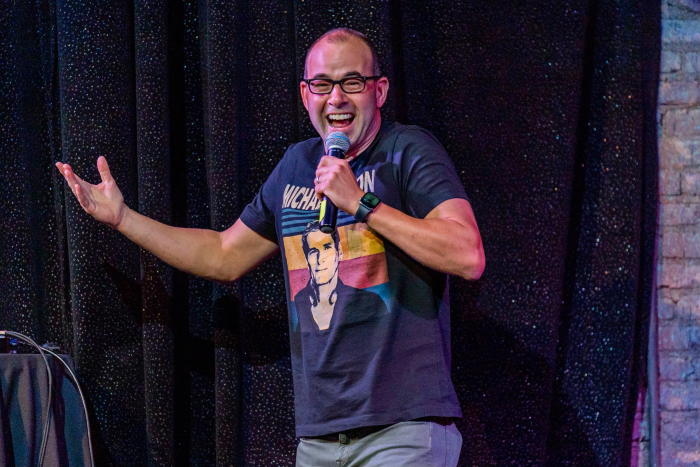 The “Impractical Jokers” cast tour will also be making a return with Sal and Q! The shows are set to begin February 2023. The guys plan on traveling to 40 arenas next year. This tour was originally scheduled in 2020; however, due to the pandemic, it was postponed until now.

As any fan of Murr knows, he married his wife Melyssa in September of 2020. Melyssa and Murr have continued to keep the fun and romance alive with a fun twist each anniversary where they rotate each year on planning a surprise anniversary date.

Last year Murr was first, and he planned a trip to Mohonk Mountain House in New York, where they went hiking, and then went to see their favorite band perform.

This year being that it was Melyssa’s turn to plan the surprise celebration, she decided to contact the restaurant Witherspoon Grill and get them a private room to enjoy dinner alone. Melyssa also added an extra treat where she hired a massage therapist for massages in the restaurant after dinner and also had a custom made murder mystery game designed for them, one of their favorite games they enjoy together, that they often share on Instagram! 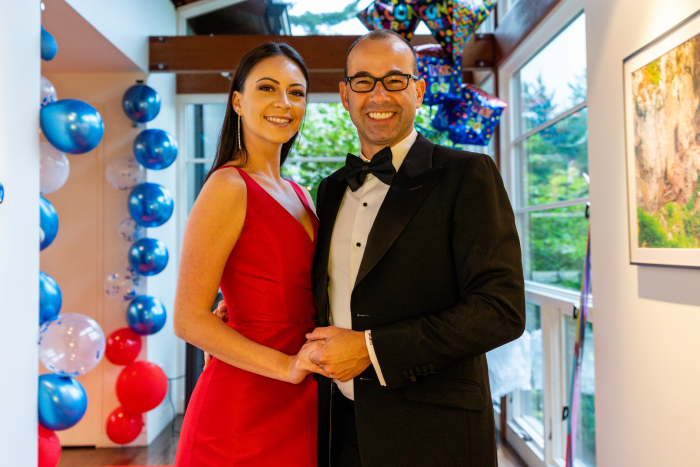 In between anniversary celebrations, stand up comedy and filming, Murr continues to write and publish books.  “Area 51 Interns – Zoned Out,” cowritten with Carsen Smith, the second book of Murr’s three-part children’s book series, releases October 18.  “Zoned Out” follows the main character Viv Harlow and her friends Charlotte, Ray, and Elijah, official interns at Area 51, when suddenly the Yeti, Loch Ness Monster, and other mythical creatures escape.  The kids must work together to capture the monsters and save the base!  The fun, fast paced action is a must for any sci-fi reader! 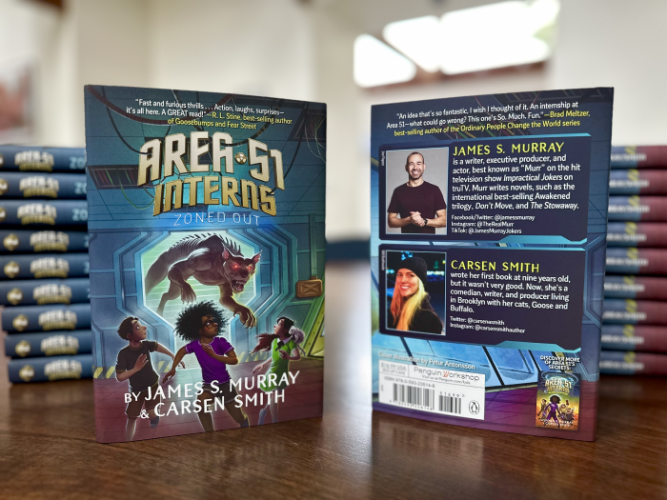 Murr is also planning on creating a movie company in the future. Murr is in the process of turning two of his previous adult thrillers “Don’t Move” and “Stowaway” into movies.

In addition to all his projects, Murr is actively supportive of Melyssa’s business “Without the Roots” where she is launching her newest line of No. 95 Candles. They are holding a very special charity event in Montclair, NJ to raise money for Alzeheimer’s research where all the proceeds will be donated to the Fisher Center for Alzheimer’s Research Foundation.

The event will be held on November 5, 2022 where you have the opportunity to dance and drink with Murr and Melyssa! For tickets and more information, go to www.95candles.com.

With so many projects, Murr does not waste a single minute of his day.

“I maximize time that other people don’t. Like riding in the car,” Murr shared.  On the way to and from the set for “Impractical Jokers,” Murr utilizes this time to take care of work on his many projects.

It’s no wonder that Murr is as successful as he is with his goals in life and hard work.  With all of his projects and more to come, keep an eye on Murr! 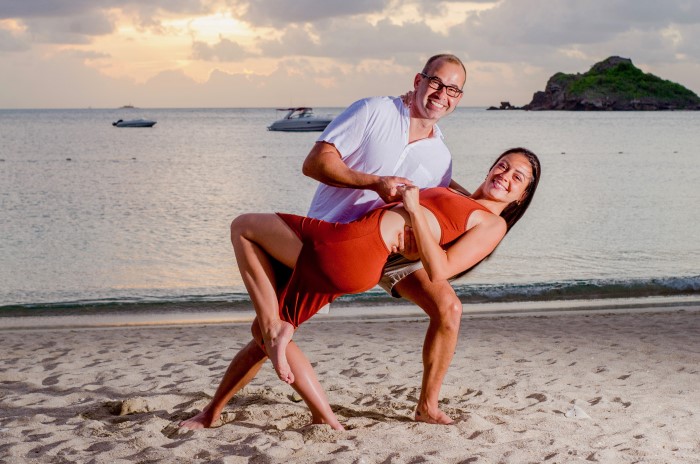 Secret Room Dishes Out the Stars, Pizza, and Botox at the Pre-Emmy Gift Lounge in Hollywood