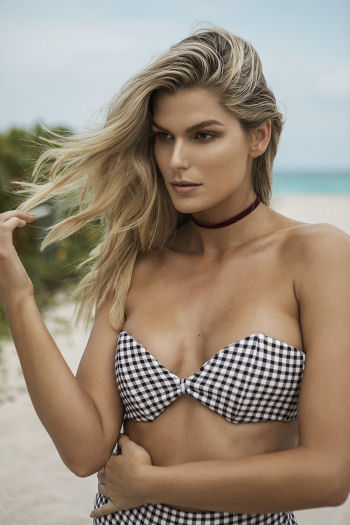 Some may call it the E! version of the Real Housewives of Miami, but WAGS Miami is un-apologetically and uniquely HOT in its own right. The show stars a diverse group of glamorous women who are the significant others of professional athletes.

In 2017, E! welcomed WAGS Miami’s newest cast member Kayla Cox, a stunning model represented by Wilhelmina agency, one of the top modeling agencies in the world. The blonde bombshell was the wife of Eric Fornataro, a baseball pitcher for the St. Louis Cardinals. Ms. Cox opened up about her initial feelings of joining the WAGS Miami cast, “I was pretty nervous going into it initially, but they (the other cast members) were all pretty welcoming and a ton of fun so my nerves went away pretty quickly.” Kayla took the “newbie” role with a grain of salt and soon fit in with the Miami posse effortlessly. “I learned fast that they are all strong women with strong opinions but that’s fine because so am I,” she says.

For those who are unfamiliar with WAGS Miami, Kayla describes the show as “a legitimate depiction of what it’s like to live a luxurious life of dating or being married to a professional athlete and a clear view of the hardships involved of dating an athlete as well. I think it also shows true friendships between a group of girls who are going through similar situations.”

Reality shows that are primarily comprised of women are notorious for portraying the epitome of drama- particularly the ebbs and flows of interpersonal relationships. Moreover, televising one’s personal life on a national network no less, may yield some additional challenges. But Kayla was adamant that the show did not sabotage her personal life. She asserts, “Nearing the end of the show, my ex (Eric) and I did split up, but I would not blame that on the show; the show really did not challenge my personal life relationships.” 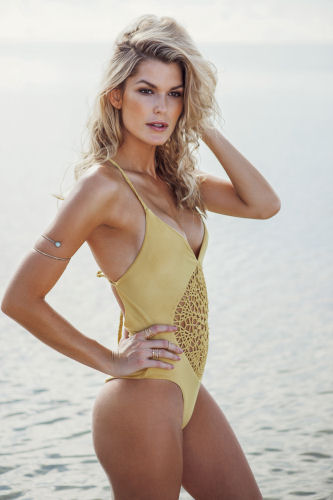 Aside from the show and her impressive modeling career, Kayla has pursued an interesting endeavor that has made her a budding entrepreneur: she will (very) soon be launching her own nutrition line for women. Excited to be jumping on the exploding health and wellness bandwagon, Kayla could not get into too much detail about the upcoming product line, but she did divulge, “I can tell you that my line is going to be health focused and we are potentially going to have 12 different products. I’ve always been into health and fitness and when I was approached to be a part of a nutrition line, I couldn’t refuse.” Ms. Cox is undeniably a paragon of healthy living and fitness. She stays in tip-top shape by hitting the gym at least four times a week and enjoying physical activities such as playing volleyball at the beach, hiking, boating, fishing and “just about anything outdoorsy.’ 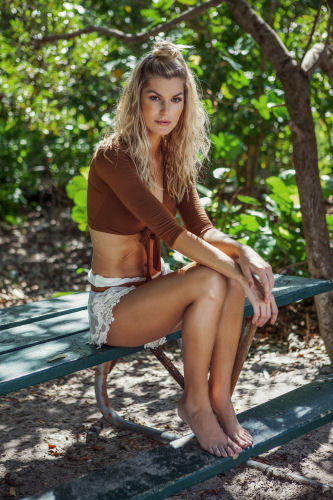 In addition to her to maintaining her toned, model-esque figure, she keeps her skin enviably glowing by undertaking a healthful, balanced diet that consists of vegetables and lean protein, and a skin care regimen that entails Estee Lauder products that she’s been faithfully using since she was a teenager. She swears by the brand’s moisturizer, toner and night time repair cream. 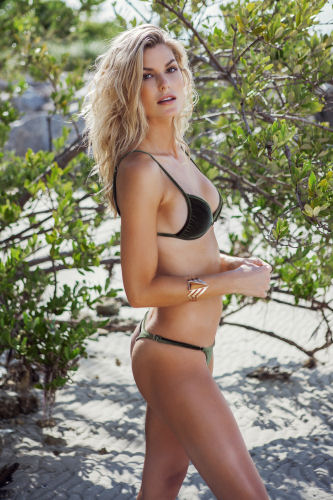 Her celebrity inspiration? “Jennifer Lawrence,” she says. “I love her dominant attitude and the way she does not take crap from anyone. I also love her talent. She is talented in so many ways.”

Lastly, the WAGS Miami star opened up about life lessons learned since being on a reality show. “I feel like it was really strange watching myself but it was a learning experience for sure and I think all the girls taught me a little bit about life as being the youngest on the show. I feel like I tried my hardest to be myself and stay true to who I am the entire time. If I learned anything I would say just the fact of continuing to love life and live every day like it’s the last.”

The Residences at W Fort Lauderdale