Sabrina Bryan always knew she wanted to be an entertainer. Since the young age of seven, Bryan already knew in her heart that the entertainment industry was for her. She accredits her cousin, Lea, for first inspiring her to be a dancer, she tells Millennium Magazine. 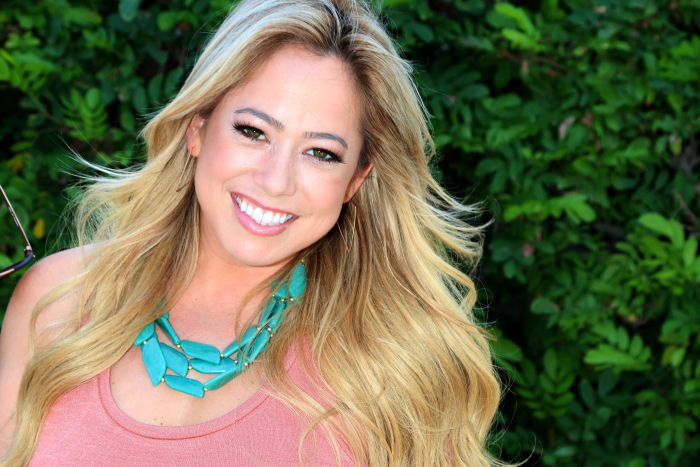 “She was in dance before I was. She’s 3 years older than me and during the summer, a lot of times we would spend time together and she was into dance. So one of the things we did was basically go to one of her dance classes with her and watch, kind of observed it. I would come into the dance studio and I’ll keep watching the class and I kind of was just like, ‘Oh! this looks like so much fun! I want to try!’ The next season my mom enrolled me in dance class.”

From then on, young Sabrina was hooked. But it really wasn’t until her very first recital, at the tender age of seven, that really solidified for her that this is what she meant to do for the rest of her life. 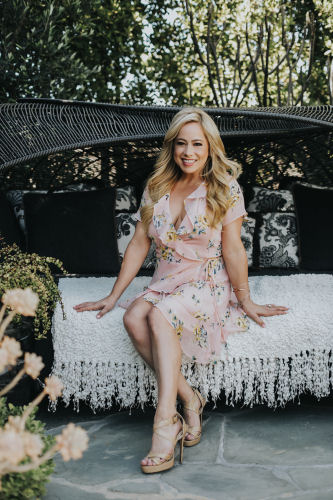 “I will never forget my first recital, like I remember it so vividly.” she told us. “I can actually really remember my very first recital. I remember being in our opening position and the lights coming on stage, and there was like even at such a young age, I just knew like how comfortable I felt on stage how much I love performing and then of course with the very end with the applause, it was like I was home right from the start, with my very first performance, I just fell in love with it.”

Humble, hardworking, and down-to-earth, she tells us, “I just took every audition as so important and luckily scored one of the best auditions of my life, which is the Cheetah Girls. So it was amazing. I think the best thing about The Cheetah Girls is, I mean it clearly changed my life a lot.”

She also spoke of how working with The Cheetah Girls crew influenced, and in part, prompted her views on women empowerment. She especially acknowledges the Producer, Debra Martin Chase, for inspiring girls with incredible female-driven roles and impacting the female-empowerment movement.

“I had such an awesome opportunity to be around, first of all, our producer Debra Martin Chase who is this incredible woman.” she adds. “That idea of making girls realize that you are capable of everything, anything you want as long as you work hard and you keep striving for that dream, it was just an awesome opportunity to be a part of such a huge movement. The woman empowering movement is something that I know I first hand had a good opportunity to get out there and motivate and inspire young women.” 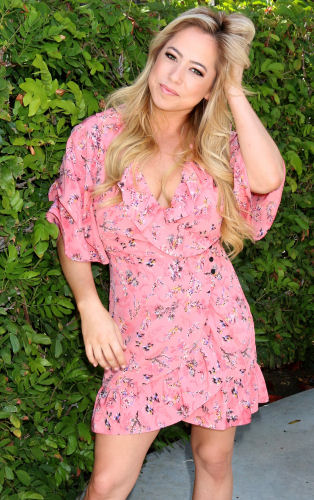 Bryan is a huge advocate for female empowerment and works with young high-school girls as a dance coach on having a positive self-image and finding that confidence within.

“I have so many incredible women around me, my mom, my grandmother, my aunt, they are all such independent, powerful, inspirations for me. I had so many women in my life that has motivated and inspired me, and now it’s my turn to give back. This is my turn to turn around and inspire others.” she exclaimed.
If there was one message she would give to young girls today, the smart and oh-so-charming star would say: “The sky is the limit. You can do anything as long as you put the work into it and you never give up.” Well said Sabrina, well said.

Bryan is surrounded by strong female figures: a homeopathic doctor best friend, and an Emmy-winning anchorwoman as a soon-to-be sister-in-law, just to name a couple. It is no wonder why Bryan is so incredibly passionate about empowering women – which, not surprisingly, carried over to her mission as an entrepreneur.

The girl group is also where she met her now BFF/business partner/maid-of-honor, Kiely Williams. Bryan and Williams started their own production company, SceneGirlsTV. The Cheetah Girl co-stars’ business venture is all about creating more female-driven roles out there and representing women on both the small screen and the big screen. She tells us how her and Williams work very well together and they both love the idea of creating more roles for women in the entertainment industry, as well as how the idea for SceneGirls came about.

“I mean, her and I just work really well together. We love working together. And when SceneGirls came up, it was because her and I had a lot of, her sister had just had a baby, my cousin just started her family, a bunch of my girlfriends have just started a family, and Kiely and I being the single girls of a lot of women around us were, we were such a great sounding board I guess for a lot of these women to tells us these, like HILARIOUS stories of first time mom stories. Stories like, things like, are so traumatic at first, but then hilarious later on, and we were just so amazed about how many different kinds of moms there are and how there are so many different ways to raise your kid but at the end of all of it, basically all the moms are just glad that their kids are still alive every day.” she smilingly said. 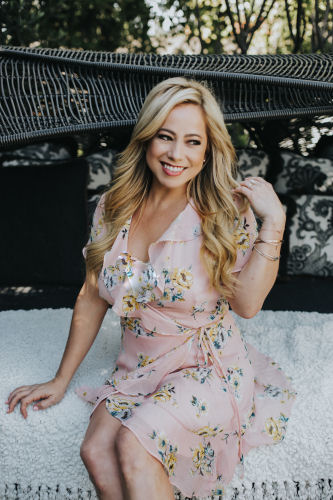 Bryan has always drawn huge inspirations from the strong women in her life – and her business is no different. She is inspired by her favorite leading ladies, “I love Drew Barrymore, I love Reese Witherspoon whose goal with their production companies are creating female lead characters and getting females roles in TV shows and movies and stuff.” Bryan stated.

One of the key successes that build up SceneGirlsTV is Bryan’s partnership with BFF Kiely Williams. With a genuine mutual respect for each other, we believe this dynamic duo can do anything they set their minds to! Bryan tells Millennium Magazine how important her friendship with Williams is to her and the business.

“I think Kiely and I both have strengths and weaknesses that work well together. We both have a huge amount of respect for each other creatively, and professionally, we love working together.” She said. “We just have this way of picking up where the other one is, like when one of us is tired, it always seems like the other one is so amped and ready to go. We just balance each other so well. And because we’ve worked together for so long, we can also read each other really well.” 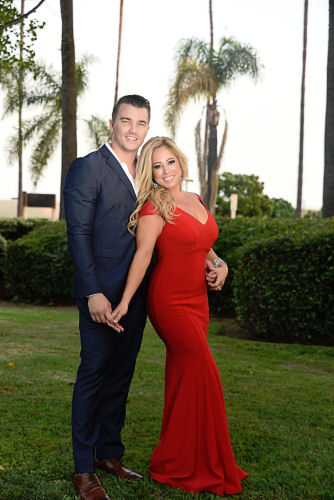 Come Fall 2018, Sabrina Bryan and her fiancé, Jordan Lundberg, will be having their gorgeous wedding at Bryan’s dear friend Wayne Newton’s estate in Las Vegas, at the beautiful Casa De Shenandoah. When asked what she was most excited about for the wedding, she couldn’t help but gush over her excitement.

“I am excited, for obviously, the fun stuff, like the dresses, and all of that, but I’m really just excited for the big moments that are gonna happen. I am excited for my dad to see me in my dress for the first time, I am excited for Jordan and I to connect. We are not doing a first look, we are just going down the aisle and the first time I go down that aisle and I look into his eyes and he looks into mine. Those really incredible beautiful moments, it’s not always about the flowers, and the fancy this and the fancy that, it’s really just those moments that I know I’ve always dreamt of, and also basically just starting our lives together as a married couple.”

Bryan has also been recently named Bride Ambassador for bride-to-be subscription service “The Ring Boxes”. “I really love it because it gives me an opportunity to really share my experience of going through the bridal process of being a bride, and I get to extend it out to other brides that are out there.” she states. Customers can now use the code Sabrina33 to get a 33% discount on their first order.

With a wedding color palate of different shades of beautiful dark blue, a gorgeous Hayley Page dress, and a guest-list of various celebrity friends, the adorable couple’s wedding is sure to be a memorable event – complete with some Cheetah love (with BFF and Cheetah girl Kiely Williams as MOH) of course. 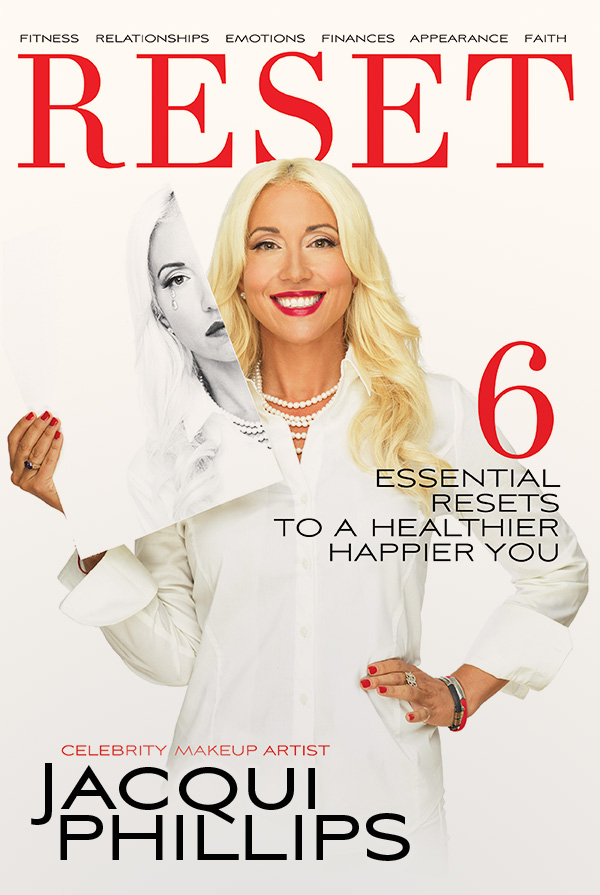 Creating Fresh Spaces that will Last Generations: Danise Talbot Design of Westport, CT is Expanding to The Hamptons, NY

0
Millennium Magazine October 11, 2018
No Comments Yet