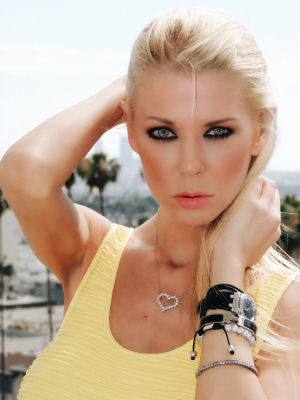 The “Sharknado” star shares her life on growing up in the public eye, making mistakes, finding purpose and her new film “Worthless.”

On screen for more than three decades and most notably known for her role as Vicky in the “American Pie” films, Tara Reid has stood strong in her career on and off screen. With success on the surprise worldwide following of “Sharknado” now in its fifth installment, Reid is using her platform to focus on an ongoing epidemic of bullying.

Reid’s most recent film “Worthless” focuses on bullying which Reid has experienced and continues to manage throughout her career. After reading the script, Reid felt an instant connection to it and not only starred in it, but became executive producer.

“’Worthless’ is a very important topic to me because it is about bullying. Bullying needs to stop and this story needs to be told to show how much it affects people on so many different levels,” Reid explains.

As a reoccurring headliner in regards to Reid’s weight and the subject of nasty comments left by cyber trolls, Reid has been the victim of cyber bullying for many years. Comments on body shaming in the past have left Reid second guessing herself, losing confidence and have been extremely hurtful to her. While many would argue that living the public eye gives permission to make Reid a target, she wholeheartedly disagrees. To combat the negativity, she has learned to love herself and surround herself with positive energy from friends and family to help Reid gain confidence and move forward. 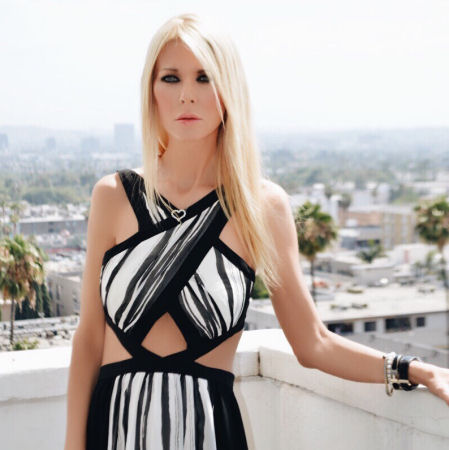 “When people say such cruel and mean things to try to take me down, I know those aren’t people that I want in my life. I have also realized how untrue many stories are printed about me. The press needs to start realizing that one wrong word can change someone forever.”

Reid feels that fans and the media also need to start taking responsibility for their actions on bullying and stop the promotion of celebrity feuds and focus more on relevant issues that generate a more positive environment to society. As one begins to bully, it continues to be a contagious effect, which Reid tries to convey in the film “Worthless.”

Through Reid’s personal experiences, she was able to express her character in “Worthless” from a place of authenticity. She hopes that her fans can see the pain she felt through her role and make better decisions on how they treat others.
Reid makes no excuses for her past and has come a long way from her previous image as a “party girl.” Her short-lived reality show “Taradise” showed her globe-trotting to beautiful destinations and partying. She now looks at herself as a mature adult and learned from many lessons throughout life. 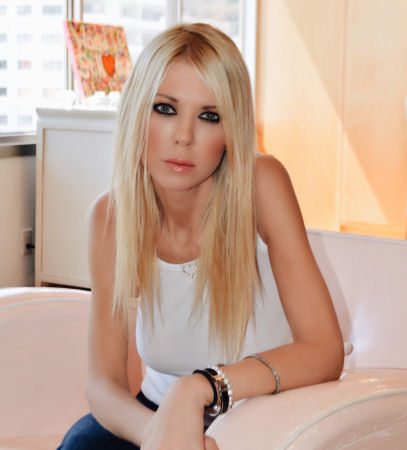 Reid adds, “I am wiser and more humble and every day I hope to become a better woman. People need to realize I am not the same girl I was 20 years ago. They still want to judge me from things I did when I was 20 and I am now 40. It’s crazy how the press won’t let me grow up and won’t see me as the woman I am today. Their comments have not only affected me, but my career on so many levels. Even though they keep trying to knock me down, I always get back up and prove myself every day.”
It is apparent that Reid has a true passion for acting. The varying roles she has played throughout her career displays her desire to continuously reinvent herself. She hopes that one day the media will take notice and give more attention to her craft as an actor.

The film “Sharknado” with actor Ian Ziering has shown a comedic side to Reid. She believes the popularity of the movie stems from the world needing a good distraction and feels grateful for being part of the franchise. 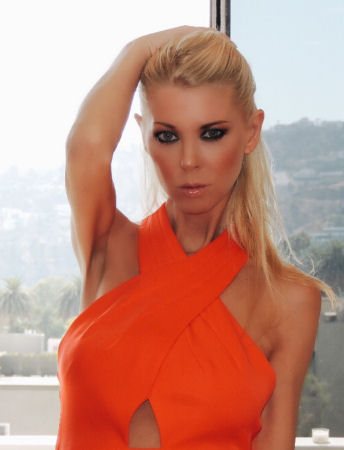 “I think it is a movie that doesn’t take itself seriously. It is a fun and silly movie that people watch for comic relief. At the end of the day, the movie is about a family uniting trying to save the world and I think that gives people hope in times of despair, especially with everything that is going on in the world right now,” Reid shares.

Filming of “Sharknado 5” also gave Reid the opportunity to travel to seven countries where she was able to engulf upon their culture, food and language. Through the travel and filming, she was grateful to be able to grow a closer bond with the cast and crew.

Among the many characters she has portrayed, Reid’s favorite role was Melody in “Josie and the Pussycats” that focused on love, friendship, and girl power.

“We lost the female girl power movement in films these days. You don’t see many movies with female leads coming together in unity and friendship and we need more films like that to show our young female children something to strive for,” Reid suggests. 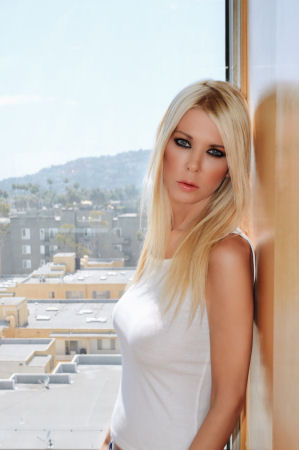 As she continues to reinvent herself in film roles, Reid’s ultimate acting goal would be to star on a romantic love story. She would also love the opportunity to work with Oscar winner, Meryl Streep. While she loves making movies, eventually she would like to transition into a television series.

“This is the golden age for television with all of the great shows on Netflix, Amazon, HBO and Hulu. The storylines are captivating and draws more people in than films these days. I do love making movies, but my next step is towards television.”

Television may have to wait as Reid has been working on seven different projects this year that include topics of bullying, family unity, animal cruelty and anti-terrorism. She continues to take on different roles that capture her interest.

As a native of New Jersey, the current Los Angeles resident misses the family environment of the East Coast.

“I feel more at home in Jersey and New York than in L.A. I love my friends in L.A., but because we are constantly working we don’t really have much time for each other. When I visit the East Coast, I feel like I am coming home,” Reid reminisces.
Jersey girl at heart, Reid focuses on the present and has a positive outlook on her future. Her future may or may not include being married with children. She is comfortable where her path in life will lead her and finds it a blessing to be able to live and get older each day.

“My father always taught me, ‘life without a dream in no life at all.’ When I was younger, I wanted to move to L.A. for acting. He said to me ‘go out there baby girl and get your dream’ and that is what I did. Thank God for my supportive parents because without their love and support, I wouldn’t be the woman that I am today. I learned everything from my father. He was the greatest teacher and role model I had in my life.”

As Reid continues to face life in the public eye, her strong foundation continues to help her look for brighter things ahead. She believes in love and bringing society together.

“I wish we could do another ‘We Are the World’ video because we need that right now in the midst of all this hate. We need to be reunited and love each other now more than ever before,” Reid concludes.

0
Millennium Magazine November 14, 2017
No Comments Yet