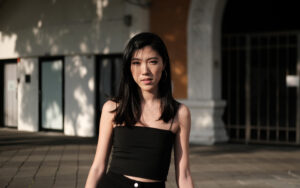 Emily Yang, aka pplpleasr, has sold more than 2,000 ETH worth of her NFT art and donated significant sums to nonprofits like Stand With Asians and Reporters Without Borders. [Image via pplpleasr]

Macy’s Thanksgiving Day Parade: an annual holiday tradition of cartoon-character floats, pre-feast TV, and now, crypto giving. This year’s event features its first-ever NFT auction — sales of 10 digital collectibles based on classic parade balloons will benefit the Make-A-Wish Foundation. The retailer is one of many to embrace the potential of NFTs, but its effort to share the wealth is more than a seasonal trend. The crypto market’s 2021 surge fueled a rise in charitable giving, and major nonprofits, like UNICEF, are embracing the shift and connecting with crypto platforms to welcome year-round digital donations. Let’s take a closer look.

Why it matters… Charitable giving in the U.S. reached a record $471 billionin 2020, and as more of crypto’s nearly $3 trillion market trickles into the social sector, nonprofits could see significant changes — and not just to donation amounts. As more organizations like Endaoment and BitGive build blockchain-native platforms, donors will be able to track how their contributions are being spent, offering new transparency to an often opaque process. But exactly how will the next era of philanthropy play out? As BitGive board member Paul J. Lamb puts it: “The future of giving is for all of us to imagine and create, built on our common desire to give back.”