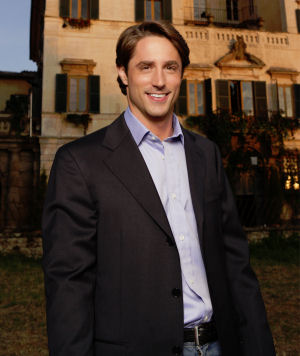 We often refer to celebrities as “Hollywood Royalty,” and many of them use their position to draw attention to various causes. However, there is something to be said for an actual “royal” using his status and media opportunities to save thousands of animals a year.

Animal Aid USA was co-founded in 2012 by Lorenzo Borghese–an Italian-born, bona-fide prince who resides in West Palm Beach, Florida. Borghese spends quite a bit of time traveling around the U.S. saving homeless animals and helping people in low-income communities spay and neuter their pets.

Anyone familiar with Borghese’s regal presence may have first caught it on The Bachelor in 2006 or Esquire network’s reality show, Lucky Bastards. Abroad, he captured and broke hearts on Dutch television’s Coming to Holland: Prins Zoekt Vrouw (Prince Seeks Wife) and UK’s Celebrity Big Brother. Fashonistas, meanwhile, will recognize his name, given his mother is cosmetics queen Princess Marcella Borghese.

These days, the prince is more focused on saving homeless dogs. While some people poke fun at reality television, he stresses it brought him life experience that has helped him grow as a person and philanthropist.

“These shows gave me a voice to help animals,” Borghese says from his traditionally decorated but relaxed living room. “I have made some incredible friends through these crazy experiences, while overcoming my stage freight. I was terrified of public speaking ever since I was a child. Now it’s not terrifying at all because I realize it’s simply a job. Like a job, you need to learn to do it well and if you do it well, people will listen.”

Borghese’s life-changing experience to help animals happened when he walked into Animal Care and Control in NYC and toured their shelter. It was during this experience that Borghese decided to make a difference.

Shortly after that, Borghese experienced another life-changing moment when he co-hosted a live auction at a charity event. He was approached by a woman who wanted to introduce him to Karen Talbot, founder of an animal charity called M.O.M.S.”

Borghese recalls, “Karen and I met in New York one week later. She told me about a program she started at her son’s school to save dogs. She even wrote a documentary about it. I went back to my office and watched it, and was blown away.”

The film documented Karen and dozens of volunteers driving from NJ to GA and back, emptying out a high-kill animal shelter. She was performing these “caravans” monthly, and Lorenzo decided to go on her next one, which was Thanksgiving weekend.

“We saved over 200 dogs that weekend, and I loved that everyone who was helping was a volunteer,” he affirmed. “No one was doing it for money. They were doing it because they wanted to save animals. After this ‘caravan,’ I told Karen I wanted to join her, and that’s when we formed Animal Aid USA.” 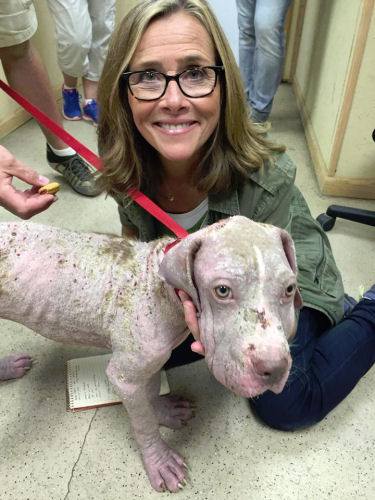 “When they join us on these caravans, they are free to be who they really are and thankfully the majority of them are caring good people such as Meredith Vieira,” he says. “When Meredith joined us she was amazing. She didn’t wear makeup, or act superior. When we were at lunch, no one recognized her until we got back into our cars and one woman asked her if she was Katie Couric. When we took her to a high kill shelter, she cried, and like you and me, wanted to save all the animals in the shelter.”

The ‘caravans’ are planned through a monthly schedule plotted out a year in advance. Each month, volunteers photograph all dogs in need of adoption in Georgia. Each dog is named, and the photographs with information about the dogs are sent to receiving rescue venues, from Florida to NY. Once they select which dogs they’d like to take, we pull them from the shelter, quarantine them. Next, our local veterinarian in Georgia spays, neuters and provides us with health certificates. By the time the dogs reach the receiving rescue partner, they are ready for adoption.”

The caravan departs southern New Jersey on a Thursday and drives through the night to Hinesville, GA. Friday is their day of rest, the volunteers go out for a big dinner and get a good night’s sleep. On Saturday morning, they head to their two quarantine facilities, walk the dogs and then load them in crates in the order of their drop-off locations.

“We are fully loaded by around 6 p.m. and drive through the night back to Marlton, NJ, so the dogs will sleep during transport,” Borghese continues. “When we arrive in Marlton, other volunteers are waiting, including many families with children, girl and boy scouts, and our receiving rescue groups. Dogs are unloaded, walked, bathed and sent on to their new homes, foster homes or receiving no-kill rescue groups.”

In addition to these efforts, which have saved the lives of over 14,000 to date, Animal Aid USA also has a program, Animal Aid Club, to educate children about pet adoption. 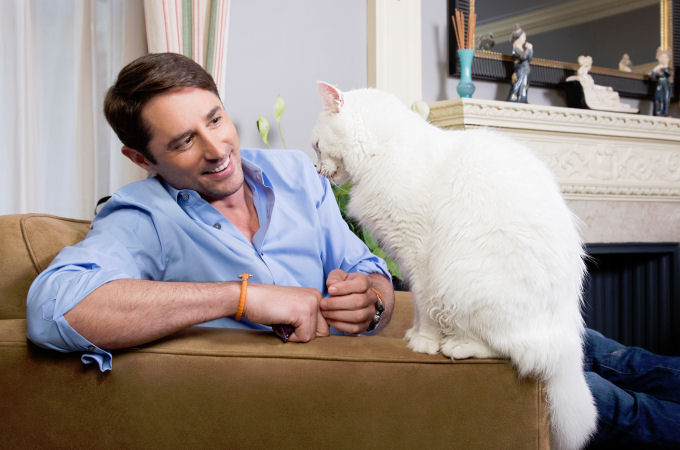 “We feel it’s important to teach children to treat animals humanely,” Borghese points out, adding that statistics show that children who abuse animals are much more likely to create a felony. “It is our goal to educate and empower children so that when they grow up, they can help make the U.S. a no-kill nation.”

Borghese also believes in helping smaller rescue groups with their efforts. In the L.A. suburb of Thousand Oaks, for example, he filmed a video with Shelter Hope Pet Shop founder Kim Sill to promote pet adoption.

The charity undertakings also dovetail into other business ventures he developed prior to co-founding Animal Aid USA. Following in his mother’s grooming footsteps, he created Prince Lorenzo’s Royal Treatment in 2002.

“My dog Belle, a black Labrador, had severely dry itchy skin, scratching constantly and overly shedding,” he explains. “I took her to the veterinarian, and he asked me how often I was bathing her. When I told him about once a week, his response shocked me. He informed me that dogs shouldn’t be bathed more than once a month, as shampoos were bad for their skin.”

Borghese went to work, using his family connections to create a formula free of parabens and other harmful ingredients, and properly pH balanced for a dog’s sensitive skin. This labor of love for Belle and other dogs was two years in the works.

“I think every dog deserves the Royal Treatment because dogs are so good to us,” he concludes. “They love us, forgive us and understand us. They make the world a better place and it is our responsibility to make them feel as comfortable and as happy as possible.”