An Eatery Grows In Brooklyn

In what was once the receiving dock of a former linen factory, resides Bed Stuy’s latest culinary ode to hipsters and food adventurers. Dekalb Restaurant is a hop, skip and jump from posh Fort Greene and Clinton Hill. The new eatery is a magnet not only for locals of all ages and colors who flock to the lively bar and quieter tables, it is also a destination for émigrés from farther afield.

Entering the eatery’s sanctum is to step back in time. Just about everything was sourced from the Demolition Depot, a two-million-square-foot upstate salvage company, and repurposed in ingenious ways. From the long abandoned Pilgrim State Hospital, they used wood floors as tabletops and immense casement windows – with panes sandblasted to make them look frosted – to line the walls. Ceilings were clad with painted antique copper and tin tiles from old buildings. Doctor and dentist doors, with the physicians’ names still etched into the glass, came from a vintage ‘20s professional building on Ocean Avenue. Benches were once church and synagogue pews. All that wood and bronze tonality give the high-ceilinged space a warm and cozy feeling, all the better as both a high-style and welcoming backdrop for the many group events held there, including weddings, dinners and birthday parties.

While being serenaded with improvisational jazz by Wednesday night’s pianist, Greg, on the ivories, we sipped a Smoking Bee; a sizzling cocktail made with Vida Mezcal (an organic single-village mescal with notes of roasted agave) and KAS spiced honey liqueur, and rimmed with red alder-smoked salt.

The chef, Alexandr Skarlinski, who was recruited from Baltimore, has curated a menu of such off the wall and convention-defying ingredient combinations as to be almost mystifying. In fact, there wasn’t any offbeat invention we tried – from peanut baked beans to bok choy and apricot – that we did not thoroughly enjoy. The fried Brussels sprouts starter was served with grapes and granola.

A flavorful braised lamb neck was mellowed by an earthy parsnip puree. The mélange was completed by a refreshing pickled onion. Fork tender Mangalista pork cheeks were served with a side of creamy grits, infused with peppers grown on the roof, and Brussels sprouts — braised this time. A highly original entrée of gnocchi and homemade ricotta was dressed with plump green pumpkin seeds and a scattering of flash-fried mustard seeds, imparting a light mustard flavor. The festive dessert, a pumpkin custard and burnt caramel sauce, was not cloyingly sweet, allowing the natural pumpkin sugars along with the integrity of the vegetable’s fibrous texture to come through.

Proprietor Stefan Fahrer, who grew up working at the family’s Manhattan restaurant, says he owes his inspiration to Andrew Tarlow, or at least the trailblazing boites with in-house butcheries founded by the Brooklyn restaurateur such as Diner, Marlow & Sons, Marlow & Daughters, and Reynard, the trendy Williamsburg fine dining establishment – all of which showed Fahrer that Brooklyn was ready for world-class cuisine. 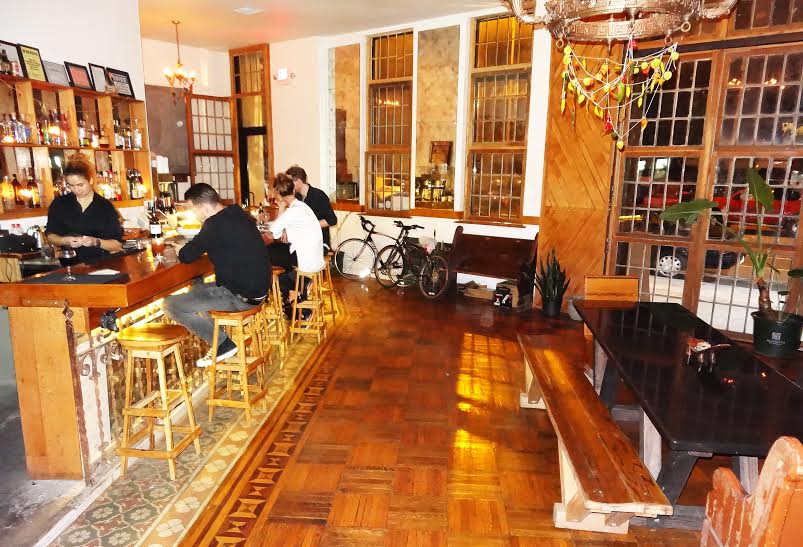 Five Simple Resolutions to Bring in a New, Better Year

0
Millennium Magazine January 6, 2015
No Comments Yet