It’s a new year, and high time to shake off the winter blues, not only with a business trip to a warmer climate (L.A., of course!), but also with a power lunch, colleague dinner, or happy hour mixer at a place known for hand-shaking and deal-making. A get-together at one of L.A.’s “power” restaurants can get those conversational and creative juices flowing—especially during award show season where players are looking ahead to 2018. On the other hand, there’s also something to be said for a relaxed, convivial team-building dynamic that comes with being in a fun, ice-breaking setting with ties to the entertainment industry.

At the Four Seasons Beverly Wilshire–the setting for the ultimate Hollywood fairy tale that’s “Pretty Woman”–the BLVD Restaurant & Lounge continues to stir up excitement and romance. The scene is set with lush sofas, a magnificent 18-foot illuminated onyx bar and a backlit wine display containing over curated 1,000 bottles from the world’s wine capitals. Elsewhere on the property, Wolfgang Puck is at it again, expanding his territory from CUT by Wolfgang Puck into the new CUT lounge. The sequel to the long-time hit comes with a fresh cast of characters in Puck’s new executive culinary and beverage team. The leading ladies are Hilary Henderson as Chef de Cuisine and Angela Tong as Pastry Chef. Terence Leavey, who previously worked under the direction of Phillip Dunn at Spago Beverly Hills as a sommelier, joins CUT as Beverage Director, 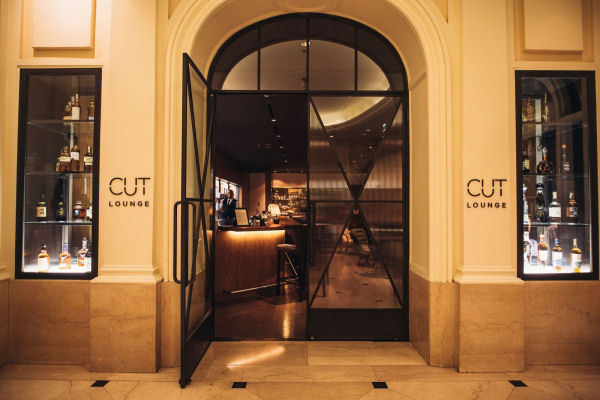 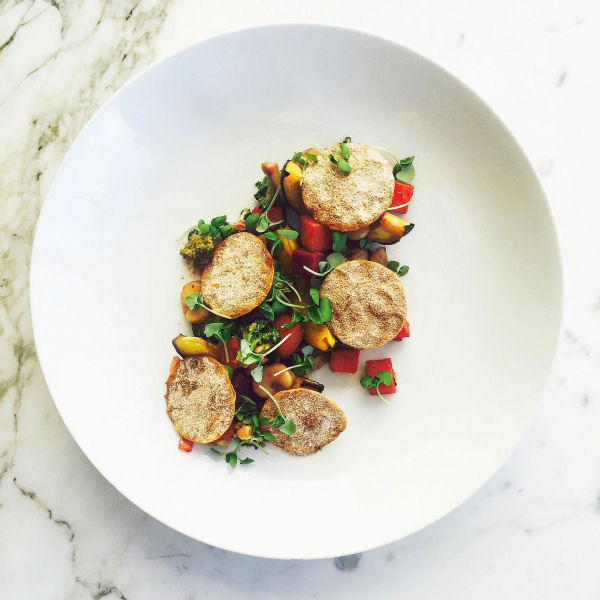 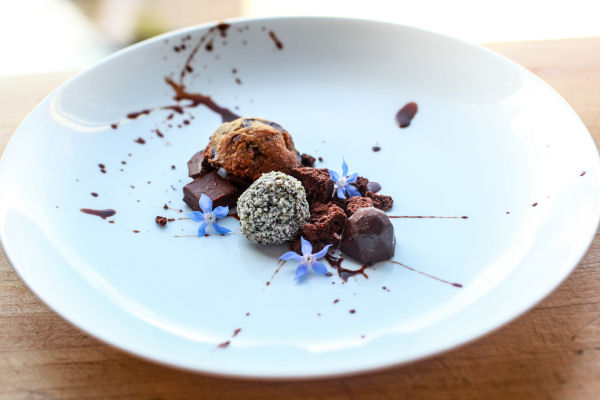 In CUT’s snazzy new production, patrons can look forward to a new collection of artisanal cocktails, an impressive selection of rare whiskies from Scotland, Japan and elsewhere, and vintage negroni cart serving custom and classic versions of the signature cocktail tableside. The new Rough CUTs menu ranges from seafood forward dishes such as the crispy kataifi wrapped prawns with garlic chili ponzu and shaved bonito, and an Alaskan king crab and Santa Barbara uni ‘cocktail’ on avocado toast. Various meat-centric options including a chicken liver “pastrami” with black bread and honey mustard, and a curry beef puff with Yukon gold potato, sweet onions and Nonya curry are also available. 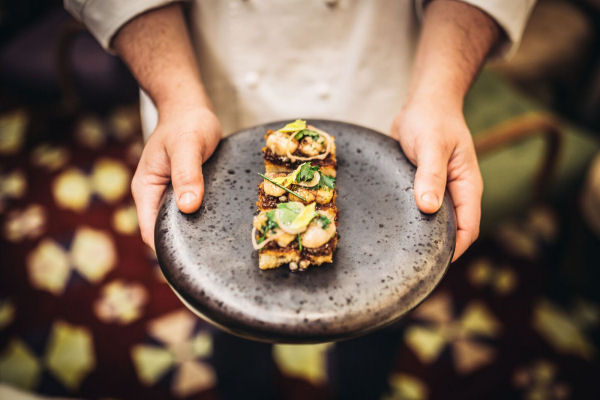 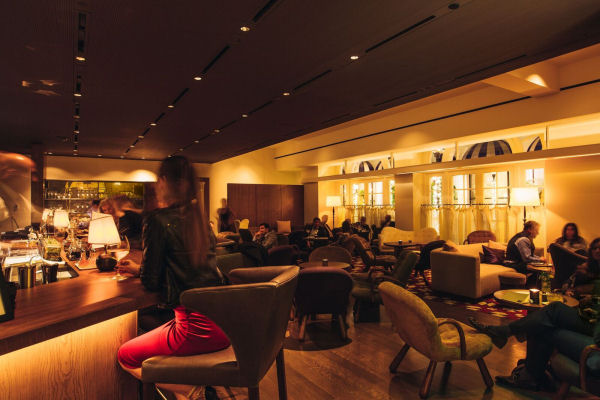 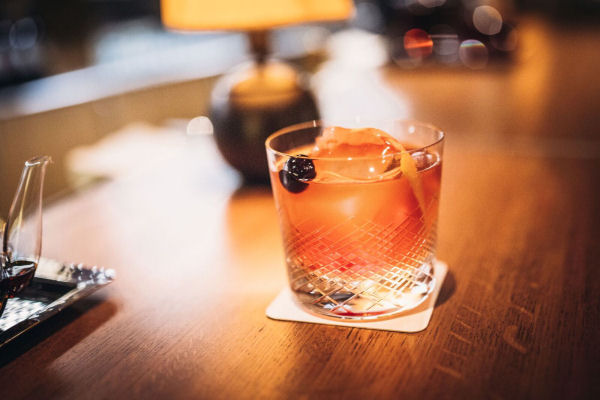 Beyoncé, meanwhile, is primed to once again “make history” at the Grammy’s this year. Perhaps it is fitting that she’s a fan of Del Frisco’s Grille’s outpost in Santa Monica. The Del Frisco experience (which like Beyonce, originated in Houston), The fun starts with a menu that does not require reading glasses to be understood. For example, the overall menu is titled “Meat Up,” the appetizers are “food worth fighting over,” and the quote over the open-concept kitchen proclaims the restaurant’s motto is to, “Do right and feed every man.” And they do “do right,” from short rib stroganoff to salmon and sole dishes to a cowboy cut pork chop, a 16oz Prime Ribeye with the fixins’, Mushroom Shallot Crusted Prime Steak, Kale and Brussels Sprouts Salad and killer coconut cream pie. 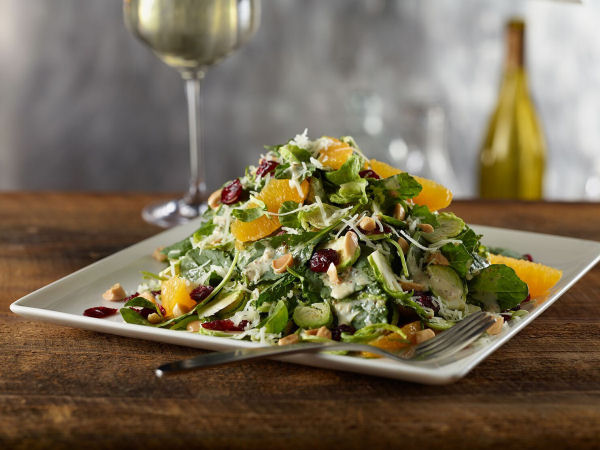 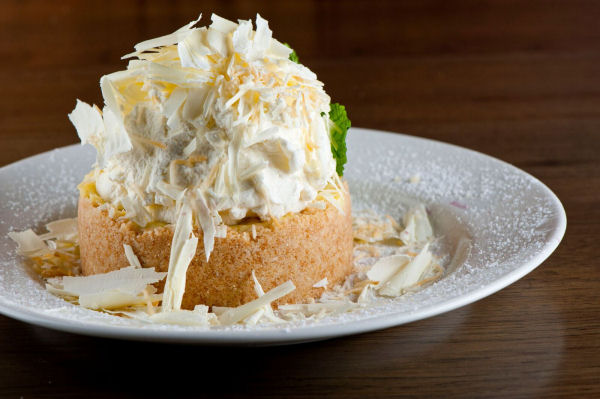 With the Academy Awards around the corner, one can make a cinephile client, date, or a group of like-minded movie buffs feel like an A-Lister at landmark Yamashiro, a Hollywood fixture since 1914. Over its 102-year life, it’s taken on many identities including a brothel and a boarding house, before becoming a private hangout for Hollywood’s elite in 1948. During the 1970s and ‘80s, when sushi started taking off, Yamashiro evolved into a dining destination. Thanks to the restaurant’s regal Asian architecture and panoramic 180 degree views spanning from downtown Los Angeles to Santa Monica’s oceanfront, it served as a backdrop for such box-office winners as Memoirs of a Geisha, Gone in 60 Seconds, Kill Bill, as well as numerous travel shows expounding on Hollywood’s piece of the American dream.

The storied restaurant began a new era with its purchase by JE Group in April 2016, With BNG hospitality group and Sugar Factory Group at the helm, Yamashiro’s dining and lounge experience is in the process of being updated for the 21st century even as interior designers work tirelessly to restore the property’s original design elements to their original glory.

Yamashiro: A classic reinvented for a new generation. [slideshow_deploy id=’8580′]

Casual movie fans around the world know the Warner Bros. name, while movie buffs enjoy vintage Marx Brothers films. Industry power players and local sticklers for authentic Italian cuisine, meanwhile, can tell you that it’s probably worth your time to get to know the Drago brothers–Celestino, Calogero, Tanino and Giacomino—each one responsible for restaurants that are local institutions stretching from Pasadena to Santa Monica. Quality control is such a thing with these guys that they have their own Drago Farms in Santa Ynez and Drago’s Dolce Forno bakery in Culver City supplying the restaurants. The newest member of this Sicilian family is Drago Ristorante in the Petersen Automotive Museum, a Miracle Mile landmark which itself received a massive remake.

Some gatherings call for a more casual setting, and this is where the new Sycamore Tavern fits in to the mix. The 10,000 sq. feet of sprawling space serves a playful take on traditional American fare, craft beer and cocktails. Patrons can mingle at the marble bar or dine amid the venue’s casual Hollywood atmosphere. The eclectic menu has something for every palate, from a Cubano, Steak & Fries, to Chicken Parm Pizza and Smoked Chicken Wings. For private events, the second floor of the venue is equipped with AV and screening capabilities, and includes a full-service bar.

For casual Fridays…any day of the week! 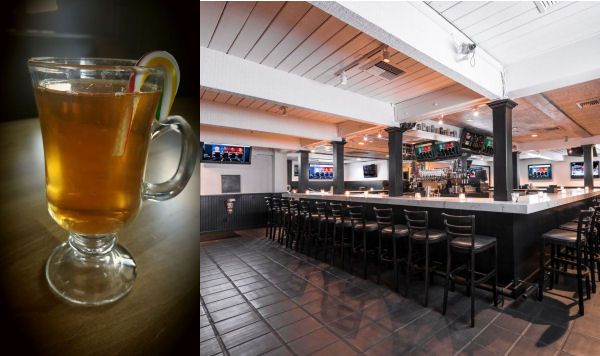 Finally, if you want to treat your crew to dinner and a show, the iPic Theaters in Westwood and Pasadena bring the best of all of it to one convenient locale. For starters, the guy behind the magic at the bar is Adam R. Seger, noted for such cinematic creations as the ‘Moet’s Red Carpet Glamour,’ the welcome cocktail for the 84th Academy Awards Governor’s Ball and the ‘Marveltini Excelsior’ for the legendary Stan Lee for iPic Entertainment’s world premiere of “With Great Power: The Stan Lee Story” and the opening of “The Avengers.” The standard Cheez-Whiz nachos and hot dogs, meanwhile, are replaced by a chef-driven menu crafted by acclaimed Chef Sherry Yard, and astute staff bringing your order directly to your seat.

Watch a film the way the studio executives do! 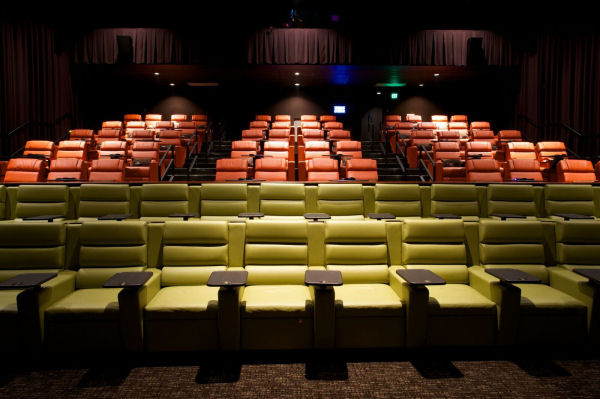 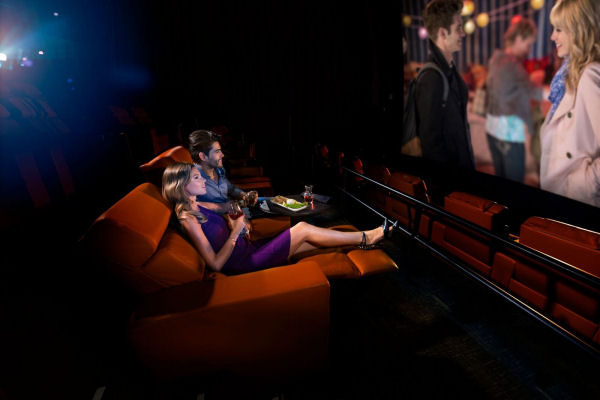 Christopher Macchio - The New York Tenor on His Life, Career and 'That Voice!'

0
Millennium Magazine February 4, 2017
No Comments Yet