Restaurants known for their savory, rich menu items are coming into the “light,” even during the cooler months!

Fall is on its way to Los Angeles. However, just because the clothing gets heaver shouldn’t mean diners and foodies have to. As fall produce, wines and other late season extravagances will be appearing alongside Halloween and Thanksgiving store decorations, chefs in Southern California will be doing double time putting out alternatives that reconcile richness and realism. Check out a full harvest of eateries getting their seasonal fall and winter menus in shape.

Have you heard of the “zoodle”? It’s an inspired swap where zucchini replaces traditional carb-filled noodles fashioned from flour and eggs. And you will probably hear more about it as UNION’s James Beard-nominated Chef/Owner Bruce Kalman is offering the Zucchini Noodle Dish with pork sausage, rapini, garlic, chile, lemon, and pecorino. The Pasadena restaurant following his lead has turned the Italian meal on its head, with vegetables headlining main courses and replacing or reducing the amount of heavier ingredients in the recipes. He’s also grilling up a Chaner Farms Tahitian Squash “Steak,” rich with sage, lemon, brown butter, and farro porridge. Although Kalman’s decadent pastas and porchetta brought him to national prominence, his new low-carb and guilt-free entrées ensure his audience will only grow larger and more loyal. 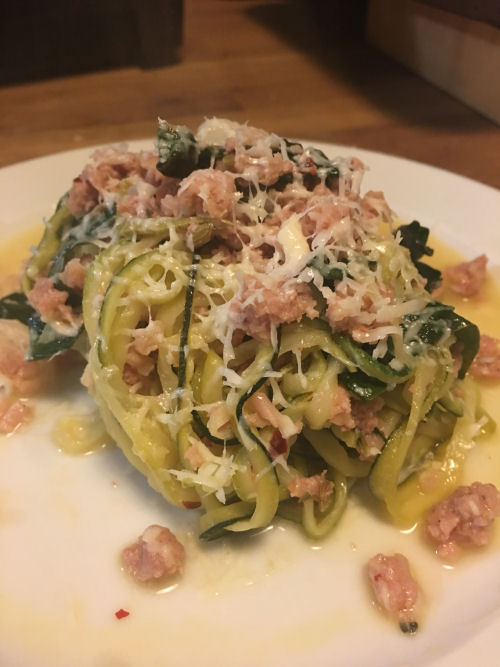 The more perfect “UNION,” featuring the Zucchini Noodle Dish and Squash “Steak” that do everything but skimp on flavor.

There’s no such thing as an average citizen in Beverly Hills, and there’s nothing average about the way Citizen, under the direction of Chef Scott Howard, takes the idea of “made to order” into a new context for individual diners, couples and business groups. Even though there are many substantial things to choose from on the American/Comfort Food inspired menu, Howard’s kitchen can also craft the most unexpected ingredients into a real fashion statement of culinary style—even with the healthiest of components. The 1960s-styled venue is in the former location of celebrity tailor Jack Taylor, which provides the perfect visual metaphor for the do-it-yourself niche. Other nifty features include bar guru Josh Goldman’s era-inspired tiki cocktails and irreverent takes on seemingly straightforward drinks. The restaurant is finished and accessorized with a large open-air lounge and fire pit tailor made for an ad-hoc cocktail party, which starts early and lasts as long as the customers do. 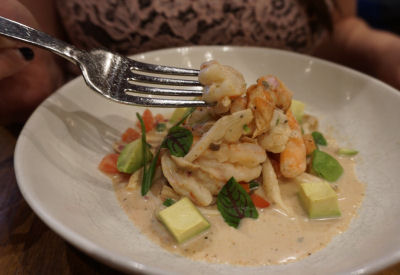 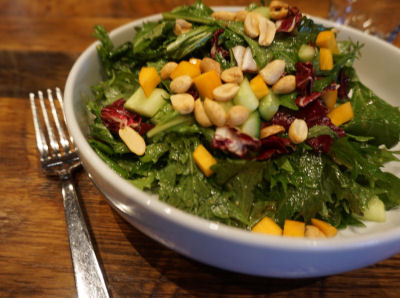 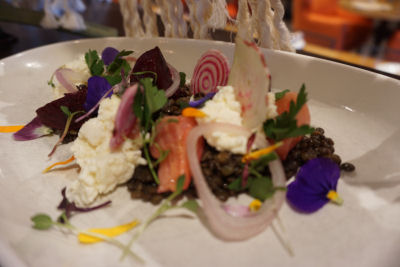 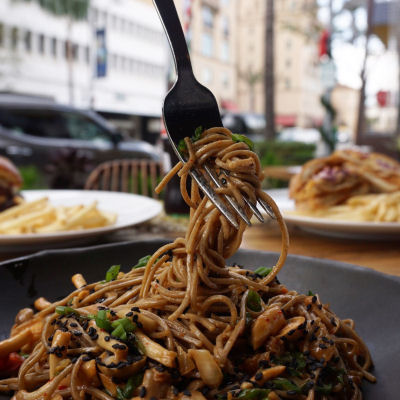 Lighter options such as Shrimp Ceviche, Mizuna Salad, Baby Beets and Soba allow Citizen to be a good citizen in central Beverly Hills.

TART has been a Farmer’s Market/Hollywood staple for more than a decade with its zippy mix of 1960s American Country ambiance, European flair, and a touch of Deep South and Mexican influences. It embodies the spirit of the city’s original Farmer’s Market that’s enchanted visitors and nearby studio employees for decades. However, newly added Chef Josh Pebbles is mixing things up and bringing the experience up to date by applying his years of experience running the kitchens for family-owned restaurants and working abroad. “The way I look at food is that it should be and experience,” he says on his philosophy behind the his more sophisticated menu. “Food is not just something that just fills you up when you’re hungry.” Case in point: Pebbles’ from-scratch pasta dishes and Pate de Campagne. However, those looking for items lighter on the palate and the digestion will want to check out his Olive Oil Poached Black Cod, with Celery Root Puree, glazed baby leeks, crispy collard greens and
Burrata with Yam Puree with bruleed pear, crispy leeks, griddled brioche. 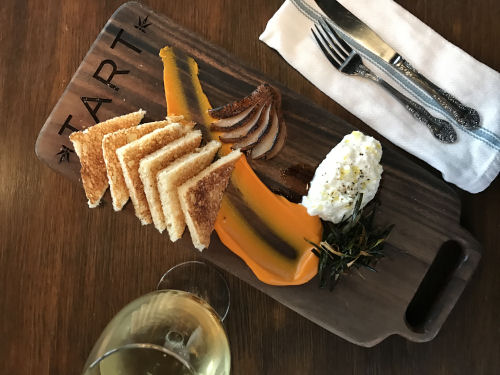 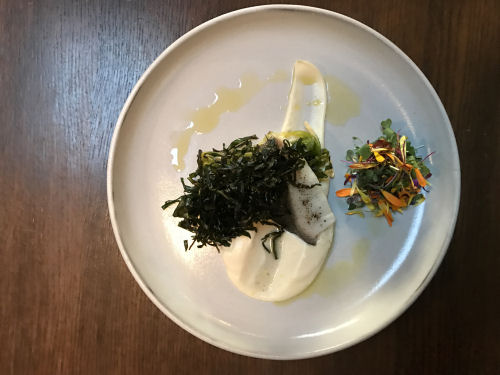 Sweet “TART”: The spirit of the legendary Hollywood Farmers’ Market lives, but in a new context with Chef Josh Pebbles’ menu.

Owner and Executive Chef Georgi Yaneff’s newest restaurant in Santa Monica, O+O, is inspired by the foods and flavors of Sicily. It’s an Italian restaurant, with a generous spread of home-spun things such as Arancini Classico, Pizza alla Pistachio, Eggplant Parmigiana and Calamaro. So where does this fit in to a restaurant section focused on lighter cuisine? For starters, there’s a selection of Crudo (raw fish—think the Italian answer to sushi), which is a staple in this island state of Italy. Yaneff argues that Sicilian fare is lighter than Italian fare from other regions of Italy because of its proximity to the water, and recipes calling for fresh vegetables and herbs. The recipes involve less cheese, and not a lot of bread or flour. The overall menu at O+O is crafted daily by Yaneff’s hand-picked Chef de Cuisine, Gianluca Maita (raised in Catania, located in the southern tip of Sicily).
To bring this corner of Italy to life, Yaneff joined forces with Jonathan Behm (resume highlights include 41 Ocean, BOA and The Bazaar), who serves as General Manager. 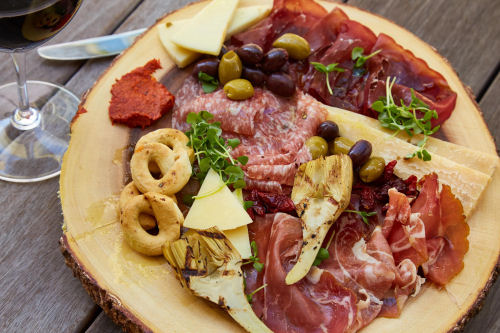 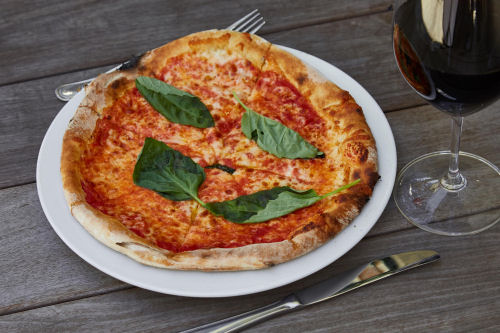 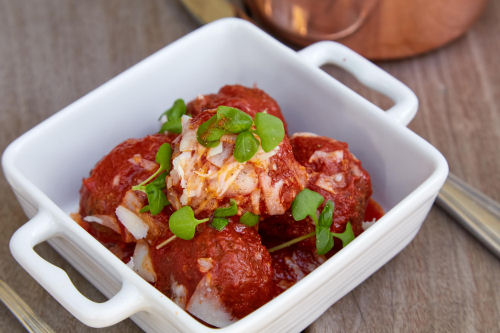 O+O so good! The Sicilian menu proves less can be more when the ingredients are carefully selected and combined. (Photos by Ryan Tanaka)

If you need an excuse to venture into the red, hot and hip downtown Arts District or out to Santa Monica, shoot out to Bulletproof for lunch or a late afternoon snack. While Bulletproof’s branded coffee put them on the map, CEO and infamous biohacker Dave Asprey has brewed up a new way to define the “power lunch” with energizing food and beverages that can be enjoyed at the café, in the boardroom, or the break room. Compelling products include FATwater (enhanced for performance, energy and brain function), Bulletproof ice cream (full cream or vegan), cauliflower mash, bone broth, organic avocado yucca toast with wild smoked sockeye salmon, meatballs and more. According to Asprey, what makes Bulletrpoof’s fare an empowering choice for the busy executive is how the foods make one feel–stronger, more energized, productive and clear-headed. If that doesn’t get you, the space and surrounding neighborhood will.

Caption: To your health! Bulletproof provides more than full-strength coffee in a cool setting. There’s much on the menu and to-go shelves to recharge one’s day.
While AR Cucina explores restaurateur/chef Akasha Richmond’s ongoing ove affair with food, the arrival of spring is a great occasion to enjoy a bite at Akasha which got started quite a while before “Farm-to-Table,” “local” and “sustainable” became marketing terms. The seasonal, always changing menu is designed for vegans, carnivores, and others deciding how to balance the scale with their cravings. 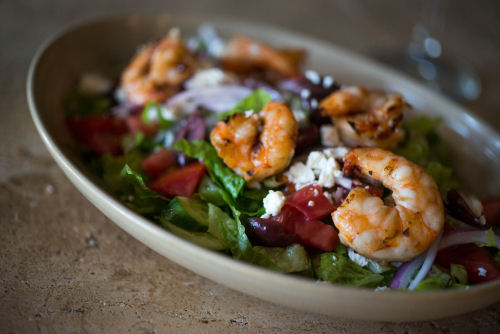 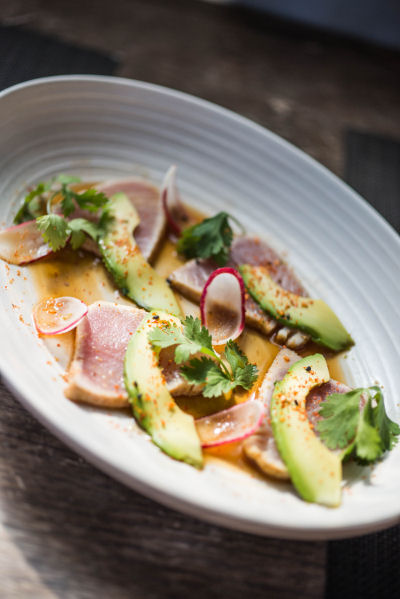 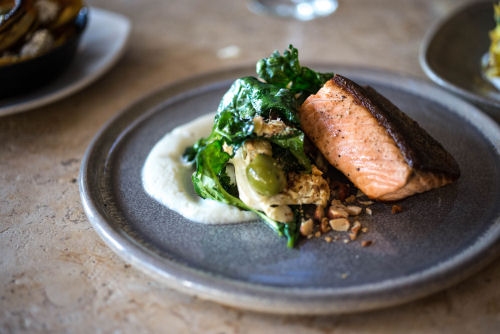 Akasha’s always in season, especially if you want to try out a few better eating habits. (Photos by Rob Stark)

And finally, as there are always new restaurants blossoming, we can’t leave the garden of delights without picking the recently-opened Vegetable in Studio City. This place has already grown on health-conscious Hollywood Hills residents as well as picky eating-executives from Universal Studios and Warner Brothers. It’s also a favorite for celebrity environmentalists and vegetarians such as Ed Begley, Jr. How are they setting themselves apart from other neighboring earthy favorites like Girasol and Sun Cafe? By making everybody feel comfortable with democratic communal seating, soft lighting, fantastic quiche, slow roasted root veggies and mushrooms, seasonal salads, soups and cold-pressed Juice Served Here libations to wash things down. Better still, almost everything on the menu can be made gluten free, and there are meat-substitutes (including controversial soy products) or reworked versions of meat-centric dishes on the menu. In other words, honest American fare. 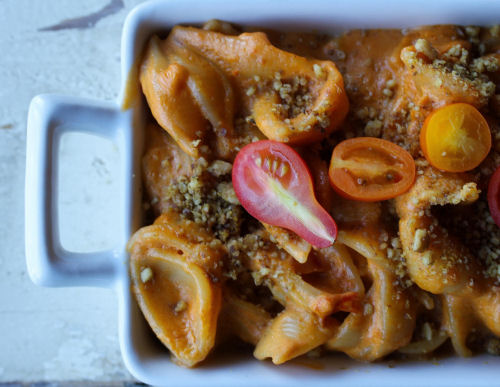 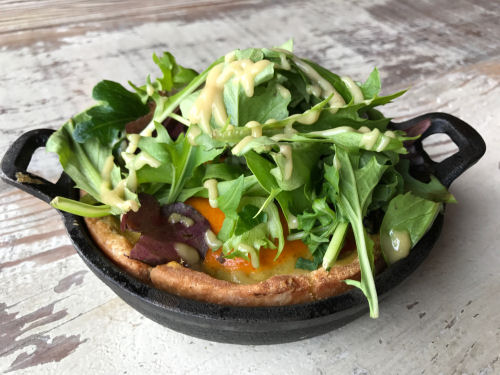 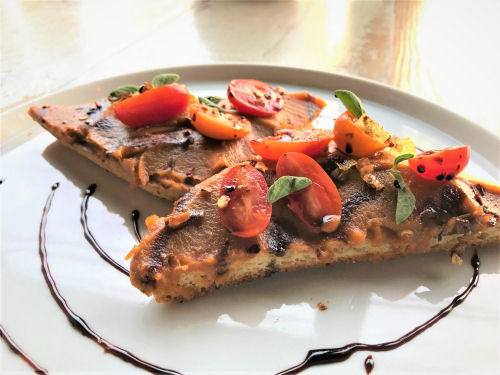 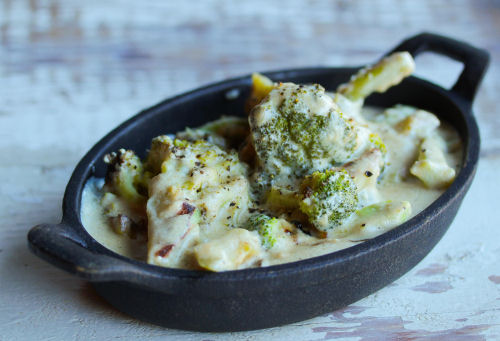 Vegetable in Studio City offers a top crop of savory and satisfying meatless alternatives in the forms of quiche, soups, and vegetables in many tempting forms.

0
Millennium Magazine October 4, 2017
No Comments Yet