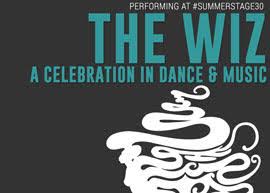 The Central Park Summerstage Performance of the Sold Out Broadway Hit

Enter to Win By Submitting Name, Email Address, and Phone Number to: contact@millenniummagazine.com

Ease On Down The Road!

1. By entering this CONTEST (the “Contest”) and accepting the terms herein, you agree to be bound by the following rules (“Official Rules”), which constitute a binding agreement between you, on one hand, and MILLENNIUM MAGAZINE, on the other. MILLENNIUM MAGAZINE and any website companies hosting and promoting the Contest, their respective parent companies, affiliates, subsidiaries, advertising and promotion agencies, and all of their agents, officers, directors, shareholders, employees, and agents are referred to as the Contest Entities. These Official Rules apply only to the Contest and not to any other sweepstakes or contest sponsored by MILLENNIUM MAGAZINE.

2. ELIGIBILITY: This Contest is open only to legal residents of the United States (excluding Puerto Rico, the U.S. Virgin Islands, and other commonwealths, territories and possessions) 18 YEARS OR OLDER as of Date referenced below as the start date for the Contest (“Entrants”). If you are under the legal age of majority in your state of residence (a “Minor”), one of your parents or legal guardians must submit a signed, written statement that they have read, understood and agree to these Contest rules with your entry, and that such agreement constitutes acceptance of these Contest rules on behalf of you and themselves. Employees, and their immediate families (spouses, parents, children, siblings, and their respective spouses), including household members of Contest Entities are not eligible to enter. VOID IN PUERTO RICO, OUTSIDE OF THE UNITED STATES, AND WHERE PROHIBITED BY LAW. By entering this Contest, each entrant agrees to release and hold harmless Contest Entities from any injury, loss, death, damage, action, claim, demand or other liability that may occur from entrant’s participation in this Contest or from the acceptance, use or misuse of any prize awarded, or attendance at any event. MILLENNIUM MAGAZINE reserves the right to verify eligibility qualifications of any winner. U.S. law governs this Contest.

MILLENNIUM MAGAZINE will review all submissions and, in its sole discretion, choose a winner from the submissions received. The winner will be chosen based on correct answers and/or at random.
MILLENNIUM MAGAZINE may then post the winner(s) on www.millenniummagazine.com, through its social networks or email blast.

All entries submitted as part of the Contest shall become the property of MILLENNIUM MAGAZINE. The submission shall constitute an assignment of the copyright and all other rights to the entry. Contest Entities assume no responsibility for any computer, telephone, cable, network, satellite, electronic or Internet hardware or software malfunctions, failures, connections, availability, or garbled or jumbled transmissions, or service provider/Internet/website/use net accessibility or availability, traffic congestion, or unauthorized human intervention. MILLENNIUM MAGAZINE reserves the right to modify, suspend, or terminate the promotion in whole in whole in part by giving such notice, in any form and manner deemed appropriate by MILLENNIUM MAGAZINE. Should promotion be modified, suspended, or terminated as aforesaid, the prizes will nevertheless be awarded from eligible entries previously received and in accordance with these Official Rules.

4. CONDITIONS OF ENTRY: An eligible entry must be received via www.millenniummagazine.com as described above. Incomplete entries may be declared void. By entering, Entrants agree to comply with these Official Rules, including all eligibility requirements. To enter, your computer must accept cookies, or any successor or similar technology (now known or hereafter devised or discovered), which may be used by MILLENNIUM MAGAZINE for the purposes of entry tracking and as set forth in MILLENNIUM MAGAZINE ‘s on-line privacy policy, which can be found at www.millenniummagazine.com and/or print/digital issues of Millennium Magazine. Entry will be deemed to have been submitted by the authorized account holder of the e-mail address from which the entry is made. MILLENNIUM MAGAZINE is not responsible or liable for lost, stolen, mutilated, incomplete, incorrect, delayed, late, interrupted, illegible or misdirected entries. All entries become the property of MILLENNIUM MAGAZINE and will not be returned.

6. PRIZES: One (1) Grand Prize Winner will receive the prize(s) identified in the original post placed on www.millenniummagazine.com

The monetary value of the prize package may vary depending upon the prizes offered at the time of the contest. The prize package has no cash redemption value. Any federal and state taxes on the prize are the sole responsibility of the Winners. No substitution or transfer of prizes permitted, except at the sole discretion of MILLENNIUM MAGAZINE. If any portion of a prize is unavailable, MILLENNIUM MAGAZINE reserves the right to substitute that portion of a prize with a prize of equal or greater value. All prizes will be awarded.

7. GENERAL CONDITIONS: The Winners will be required to sign and return any applicable documents sent by MILLENNIUM MAGAZINE related to the Contest, which may include but are not limited to a letter of prize acceptance, waiver of liability, and an affidavit of eligibility within three (3) days of notification. Failure to return documents as specified or if prize notification is returned as undeliverable will result in entry being disqualified, and an alternate Winner being selected from eligible entries previously received. Where permitted by law, Winner (except in the case of a minor) agrees to grant to MILLENNIUM MAGAZINE and MILLENNIUM MAGAZINE ‘s licensees, affiliates and assigns, the right to print, publish, broadcast and use, worldwide, in any media now known or hereafter developed, including but not limited to the world wide web, at any time or times, the Winner’s name, portrait, picture, voice, likeness and biographical information as news or information and for advertising and promotional purposes without additional consideration; and further without such additional compensation, appear for, or provide biographical information for use in, any presentation or other activity which may include filming/audio/video/electronic or other recordings and/or interviews as may be determined by MILLENNIUM MAGAZINE. Failure to make such appearances or grant such rights may result in disqualification with an alternate Winner or potential Winner selected from eligible entries previously received and in accordance with these Official Rules; and while not obligated to do so, MILLENNIUM MAGAZINE may in its sole discretion, bear such reasonable costs and expenses which MILLENNIUM MAGAZINE, in its sole discretion, deems appropriate for Winners or potential Winners to appear for a presentation or other activity. Further, by accepting a prize, Winner agrees to release and hold harmless MILLENNIUM MAGAZINE, their parent, subsidiaries, licensees, affiliates, subsidiaries, advertising and promotion agencies, and their respective directors, officers, employees, representatives, and agents from any and all liability for any injuries, loss, or damage of any kind to person, including death, and property arising whole or in part, directly or indirectly, from acceptance, possession, use or misuse of a prize, participation in any Contest-related activity, or participation in this Contest. Odds of winning depend on the number of eligible entries received. IN NO EVENT WILL MILLENNIUM MAGAZINE, ITS PARENT, SUBSIDIARY, LICENSEES, AND OR AFFILIATES AND RELATED COMPANIES, THEIR SPONSOR, ADVERTISING OR PROMOTION AGENCIES OR THEIR RESPECTIVE OFFICERS, DIRECTORS, EMPLOYEES, REPERESENTATIVES, AND AGENTS, BE RESPONSIBLE OR LIABLE FOR ANY DAMAGES OR LOSSES OF ANY KIND, INCLUDING DIRECT, INDIRECT INCIDENTAL, CONSEQUENTAL OR PUNITIVE DAMAGES ARISING OUT OF YOUR ACCESS TO AND USE OF INTERNET WEBSITE, INCLUDING BUT NOT LIMITED TO THE CONTEST, OR THE DOWNLOADING FROM AND/OR PRINTING OF MATERIAL DOWNLOADED FROM SAID SITE. WITHOUT LIMITING THE FOREGOING, EVERYTHING ON THIS SITE IS PROVIDED “AS IS” WITHOUT WARRANTY OF ANY KIND, EITHER EXPRESS, OR IMPLIED, INCLUDING BUT NOT LIMITED TO THE IMPLIED WARRANTIES OF MERCHANTABILITY, FITNESS FOR A PARTICULAR PURPOSE, OR NON-INFRINGEMENT. SOME JURISDICTIONS MAY NOT ALLOW THE LIMITATIONS OR EXCLUSION OF LIABILITY FOR INCIDENTAL OR CONSEQUENTIAL DAMAGES. ABOVE LIMITATIONS OR EXCLUSIONS MAY NOT APPLY TO YOU. CHECK YOUR LOCAL LAWS FOR ANY RESTRICTIONS OR LIMITATIONS REGARDING THESE LIMITATIONS OR EXCLUSIONS.

MILLENNIUM MAGAZINE reserves the right, at MILLENNIUM MAGAZINE ‘s sole discretion, to disqualify any individual MILLENNIUM MAGAZINE finds, in MILLENNIUM MAGAZINE ‘s sole discretion, to be tampering with the entry process or the operation of the Contest or web site; to be in violation of the terms of service of the Contest Entities’ web site; to be acting in violation of the Official Rules; or to be acting in a non-sportsmanlike or disruptive manner, or with intent to annoy, abuse, threaten or harass any other person. Any use of robotic, automatic, macro, programmed, or like entry methods will void all such entries by such methods. In the event of a dispute as to entries submitted by multiple users having the same email account, the authorized subscriber of the email account used to enter the Contest at the actual time of the entry will be deemed to be the participant and must comply with these Official Rules. Authorized account subscriber is deemed to be the natural person who is assigned an email address by an Internet access provider, online service provider or other organization, which is responsible for assigning email addresses, or the domain associated with the submitted email address.

9. DISPUTES: As a condition of participating in this Contest, entrant agrees that any and all disputes which cannot be resolved between the parties, and causes of action arising out of or connected with this Contest, shall be resolved individually, without resort to any form of class action, exclusively, before a court located in California having competent jurisdiction, which Court shall apply the laws of California without regards for doctrines of Conflict of Law. Further, in any such dispute, under no circumstances will entrant be permitted to obtain awards for, and hereby waives all rights to claim punitive, incidental, nor consequential damages, or any other damages, including attorney’s fees, other than entrant’s actual out-of-pocket expenses (i.e., costs associated with entering this Contest), and entrant further waives all rights to have damages multiplied or increased.

10. WINNERS’ LIST: For a list of prize winners, send an email requesting the information to contact@millenniummagazine.com. Include the words “CONTEST WINNER REQUEST” in the subject line.

SOME KIND OF WONDERFUL