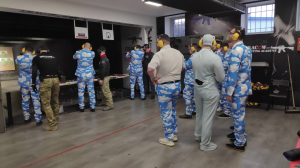 A bachelor party is, in theory, the day on which the groom should say goodbye to the state of his bachelorhood. A stag party in Krakow must be tailored to the groom and the key thing is that he should be in the center of it, but also that he has a good time. The organization of the stag activities most often falls on the groom’s witness. This is a difficult task, because we have to choose the attractions during the bachelor party in such a way that they are suitable for all guests.

Where to organize a stag party?

Increasingly, stag parties are associated with a trip to the mountains, the seaside, to another city or even country. Big cities are also a popular choice, as they have a lot to offer – a large number of restaurants, bars, clubs and all kinds of attractions. There is a reason why many stag parties are held in Krakow. It is an attractive city that has a lot to offer both day and night. Where to organize a stag do to make it unforgettable? Choose a shooting range! Shooting guns are a dream of many men, and also a great idea to start a stag party in Krakow. A visit to the shooting range is a good idea for the first attraction during a bachelor party, because it requires sobriety of participants. After great fun, you can set off to conquer the city! 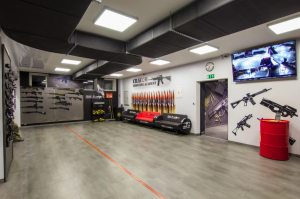 Stag do at Cracow Shooting Academy

Cracow Shooting Academy is probably the most popular shooting range in Krakow. It is visited by thousands of satisfied customers who have been recommending it to each other for a long time. Cracow Shooting Academy is located at ul. Jana Surzyckiego 16. Thanks to this, it looks great, and access to it is comfortable, regardless of whether we choose our own car, Uber or public transport. The stag party at the shooting range is great fun and a lot of adrenaline, the shooting itself is simply exciting. Of course, the whole thing is preceded by appropriate training so that not only everything is done safely, but also that shooters have fun.

with their progress, specific shots and overall results. Stag-party guests visiting Cracow Shooting Academy highly recommend this kind of entertainment before the actual event – it’s fun and a lot going on, and the excellent service makes the atmosphere really great. 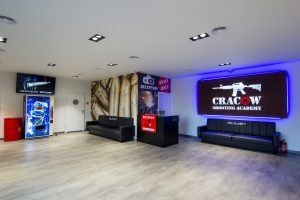 Why is the shooting range a great choice for a stag do?

It is an extremely versatile method of spending time actively in an extremely exciting way, which is why it is a great choice for a stag activities attended by various groups of friends. One of the greatest advantages of Cracow Shooting Academy is the wide range of weapons that is waiting for us on site. These are not only pistols, but also assault rifles, sniper rifles, submachine guns and even shotguns Why is it worth starting a bachelor party in Krakow at the shooting range? There are many reasons. The shooting range is a great activity to start a stag do – at this point you should stay sober and clear of mind. You don’t need alcohol to have fun. The adrenaline will quickly hit your head and you will feel the pressure of competition. Each shot and changed target can be another points for the overall classification. Especially if there is a professional animator and instructor in one with you. After a successful stag party at the shooting range, it is worth continuing to conquer the city. 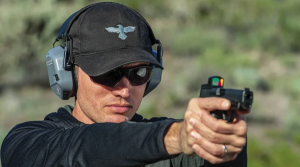 We have the option of using one of the 7 packages that have been prepared by the shooting range employees. Each of them is different, offering a different number of shots from different types of weapons, all of course at really different prices. Such a large selection and variety of packages will ensure that every participant of the stag activities will find something for themselves. If we want, we can also prepare our own stag party package. All the weapons available at the shooting range are available, and there are over 50 of them, so nothing limits us. We choose a specific gun model, then we have to choose the amount of ammunition we are interested in. Organize the most unforgettable stag do at Cracow Shooting Academy.

Pack Your Baggallini: The Trendy Travel Bag Company Ushers in Summer With a DWTS-Studded Event in Malibu,CA