In the not so distant past, Noah Tepperberg and his partner Jason Strauss revamped their crown jewel; MARQUEE NY nightclub when they saw a shift in the business, from what was once a ‘models and bottles’ voyeuristic scene into one of a theatrical undertaking, where the DJ is the new Rock Star. Together with their partners, Marc Packer and Rich Wolf that form The Tao Group, Noah and Jason took on a major renovation where only the top DJs in the world that include Skrillex, David Guetta, Rehab and their dynamic house DJ team Sleepy and Boo, perform to crowds of celebrities like LeBron James, Beyonce, JayZ, Marc Anthon, VIPs and sophisticated fans. The move solidified Tepperberg’s place as king in the nightlife industry that began as a teenager trying to make some extra cash.

Born and raised in New York City, Noah lived on the trendy Horatio Street in the West Village and attended Stuyvesant High School for the best and the brightest. So how did the son of a pediatric neurologist father and an editor of a physician’s magazine mother get into the night club biz? His passion for the club life came from his oldest brother Ricky, who was a musician with a successful band on the NYC high school circuit. When Noah was16, he started promoting the band, drawing on the local high school crowd and being compensated with a cut of the door fees.

In the early 90s, during Noah’s senior year of school he met and partnered with Jason Stauss to promote parties but the following year Stauss would go off to attend Boston University as Noah flew south to the University of Miami. Throughout college they individually ran clubs as side projects in their respective college towns and would promote parties and events together when they returned back to NY during holidays and summer breaks.

“We would talk everyday on the phone and back then, send faxes back-and-forth,” Noah recalls with a chuckle. “We worked it out; planning events in our college dorm-rooms.”

When they graduated in 1997 Noah and Jason had already built up a strong nightlife promoting and marketing business called the ‘Strategic Group’ and a few short years later opened up their first club; Conscience Point, in the trendy Hamptons. A huge success over the following three summers, created a solid name for themselves in the industry but when a generous offer was made to buy the club, they couldn’t refuse, and sold out. However the pair went on to open several more clubs in the Hamptons including, Jet East and Dune where they met and hung out socially with restaurant mogul Marc Packer. Marc would eventually hire the duo’s company to run all the ‘Red Carpets’ for his newest venture, TAO that became one of midtown Manhattan’s premier restaurants.

Meanwhile Noah and his partner Jason were putting together their vision for the club MARQUEE NY.

“When we opened in 2003 Marc decided to invest and partnered with us and from there it was all up hill,” said Noah.

They had many investors but Marc was instrumental in helping them build and operate the nightclub from the time they first conceptualized it to opening its doors.

“When MARQUEE NY was originally opened the emphasis was on the crowd and the scene, creating a very voyeuristic club where people would go to see and be seen,” Noah said.

During the club’s meteoric rise it was obvious that they had gotten the formula right. Then in 2005, The Tao Group joined forces to open TAO in Vegas and create an adjunct night club complimenting the restaurant.

“MARQUEE NY was our first big nightlife project and was the one that set things off in a super charged way,” said Noah. “It launched our whole entree into the Vegas market and opened up the floodgates for TAO, then LAVO and eventually MARQUEE Vegas. However over the following decade the market became more music savvy requesting star DJ’s and their celebrity following.

“In the original MARQUEE there really wasn’t that much of an emphasis on the music or lighting or much space for people to dance,” Noah recalls.

So the group put their heads together and decided to remodel the MARQUEE NY, expanding the dance floor, building a grand DJ Booth and flooding the place with cutting edge lighting and sound all to create a new age MARQUEE NY, that is now an industry ideal.

In 2010 Noah wisely decided to retire from the Hampton’s nightlife business as their ventures elsewhere were sky-rocketing.

“It got to the point that after 12 or 13 summers I didn’t want to work out there during the summer; I wanted to enjoy them,” said Noah.

Even with the respite Noah and the group haven’t slowed down but entered into a new venture; heading all the food and beverage operations at the downtown Dream Hotel.

“We teach our team to make sure that when people come into the venue, hospitality is delivered in a proper efficient manner and people leave with a smile on their face,” said Noah. “The club experience starts at the rope: how the guest is greeted, how the venue looks, and smells, the lighting, the music, the dancing, the service, the drinks, the bathrooms and staff to security.”

In the next five years, a huge priority is to go global, and bring their original concepts to other major markets throughout the world. 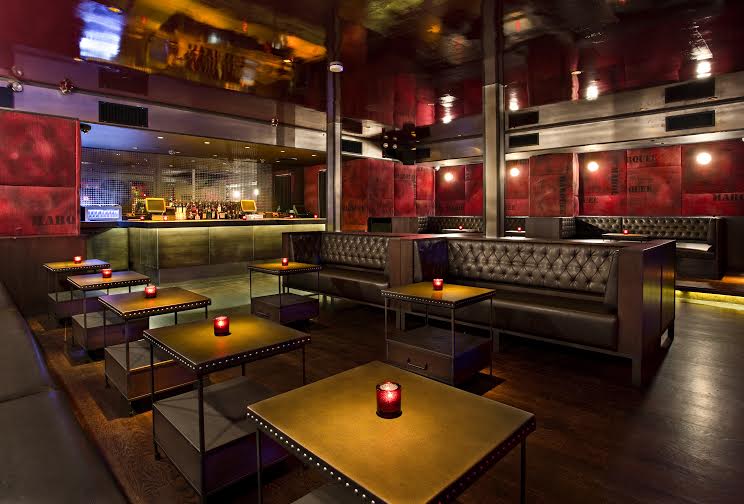 The Angelo David Salon: An Extended Retreat for the Hair

0
Millennium Magazine December 7, 2014
No Comments Yet