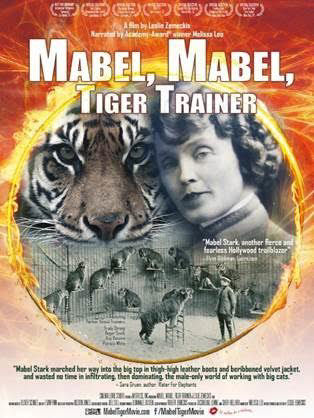 The death-defying tale of the world’s first female tiger trainer, “Mabel, Mabel, Tiger Trainer” premiered in New York at a private screening at The Museum of Modern Art. The feature length documentary from multi-award-winning documentarian Leslie Zemeckis and Cinema Libre Studio reveals the empowering story of Mabel Stark, an outcast who was rejected by her family, escaped poverty and abuse in rural Kentucky, and ultimately found her true passion in the eyes of a tiger. Susan Rockefeller hosted the premiere of this exceptional film, an amazing story Leslie Zemeckis brought to life authentically, passionately, painfully, and truthfully. It will be released domestically on DVD and streaming platforms (Amazon and Vimeo) beginning April 10. For more insights, http://www.mabeltigermovie.com

From performing dangerous feats as a stunt double for Mae West during Hollywood’s Golden Age, to working in the circus as a sexy blonde cooch dancer, it wasn’t until Stark locked eyes with a 400-lb tiger that she found her true calling. In that instant she knew that she wanted to train the big cats, a skill reserved exclusively for men, and something she was told no woman could ever do. Circumventing the chauvinism of her time, Stark clawed her way up the circus hierarchy. Before long she was a superstar in the steel arena, one of the most famous and highly regarded tiger trainers in the world. 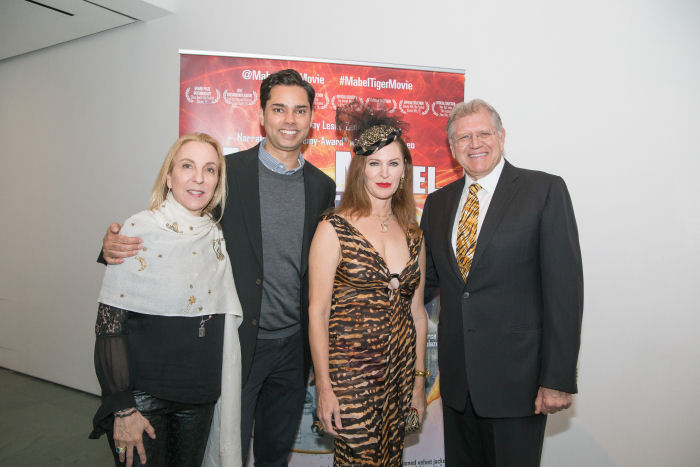 “When I first started researching Mabel Stark I thought it was going to be a story about courage,” explains the film’s passionate creator, Leslie Zemeckis. “I discovered however, that her story was really a love story. She loved her tigers so much she would give her life for them.”

Authentic, compelling, powerful, entertaining, and even heartbreaking “Mabel, Mabel, Tiger Trainer is not to be missed.

Areva Martin On Her ‘Make It Rain’ Book Tour