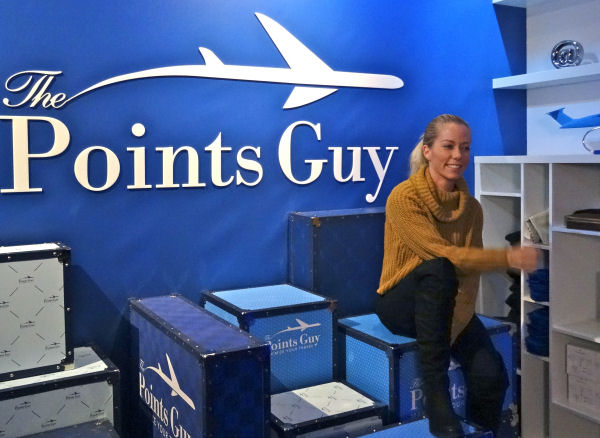 The Sundance Film Festival is primarily known for its cutting edge selection of independent cinema, a plethora of top celebrities and industry insiders. So where do these cast of characters go to be interviewed by media and pampered in-between their movie premiers and sleep? Over the years the ‘Celebrity Hospitality Lounge’ has become the place to be for celebs and VIPs that come to Sundance to promote their films and projects while sponsors look to market their products and services that include everything from top entertainment, to great gifts, to beauty services, to yummy eats and satisfying drinks!

Celebrity attendees included Grammy winner and producer John Legend there to promote his TV series; WGN America’s: Underground and singer/songwriter Nick Jonas turned actor (star of ‘Goat’) were seen lounging in shades on the rooftop of the It’s SO MIAMI Oasis. Daniel Radcliffe stopped by to discuss his new film Swiss Army Man where he plays a corps and Danny DeVito talked up his new film Wiener-Dog and was overheard professing his love for his dog Zoro. AnnaLynne McCord was seen getting beauty treatments courtesy of the GlamSquad and Lily-Rose Depp seen playing around with co-star Harley Quinn Smith while sampling Chuda Healing Hydrating Cream. Reality star Kendra Wilkinson went to town with the toppings at the Campbell’s Soup station and talk show host turned TV star Chelsea Handler took a quick shot at the Its SO MIAMI photo-booth. Director Spike Lee stopped by to talk about his new Michael Jackson documentary and news anchor/producer Katie Couric was thrilled about the premiere of her latest doc ‘Under The Gun’. 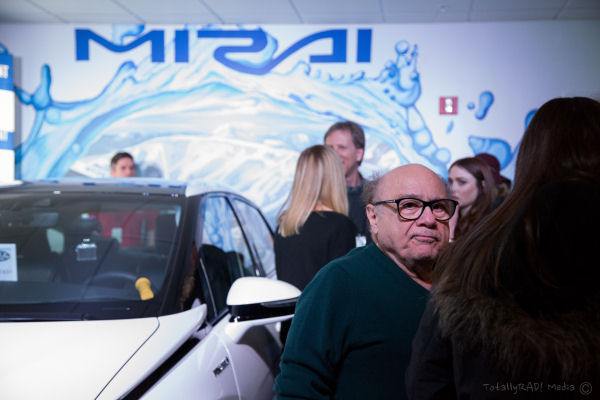 The TOYOTA MIRAI Music Lodge featuring the new Toyota Mirai, a hydrogen powered car, held its annual killer Lounge at the Festival showcasing live performances from Grammy-nominated artist Andra Day, Finnish Pop Star Peppina, Ferdia Walsh-Peelo and Mark McKenna from the film ‘Sing Street’, Indie Pop Band ‘Air Trafffic Controller’, and an acoustic set by ‘Jamie Bendell’, and chart-topping duo ‘R. City’. The suite also functioned as a media center where MTV News, Associated Press (AP) and others shot celebrity portraits and video interviews in between when their subjects spoke to the sponsors or just hang out enjoying the hospitality and entertainment.

The Music Lodge was sponsored by Earth Day Network; Members Only who gifted their cool retro signature jackets; Revolution Watches that donned charicatures of the Republican and Democratic presidential running-mates; Tinlid Hat Company; The Normal Brand, menswear; bmiSmart, products to stop calorie absorption; EcoPlanet Bamboo and Repurpose Compostables plates and utensils. The sun is out and you’re ready to vogue at the pool in your plus size swimwear. Our sexy plus size swimwear shows you all the love and covers you in bold. Shop plus size swimsuits by fit and by style from the online leader in flattering women’s swimwear at Swimwearlux.com – Buy the latest plus size swimwear for women at cheap prices, and check out our daily updated new arrival sexy and fashion junior plus size swimsuits. Guests also enjoyed the bar that was stocked with Sierra Nevada Beer, Four Daughters Wine; Papa’s Pilar Rum; BuzzBox, Vodka mix; refreshing Just Water and Trimino Water while noshing on Popchips! 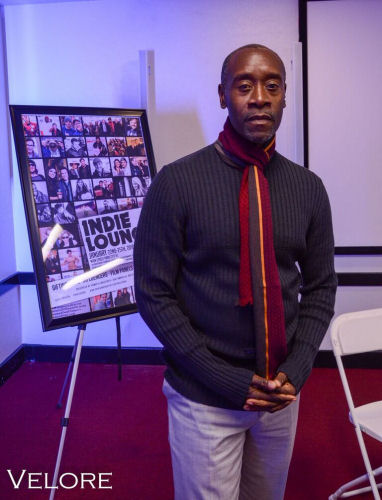 The Independent Filmmakers Lounge better known as the Indie Lounge is one of the most notable, giving a platform to a wide range of filmmaker’s and their projects. This year as always the Indie Lounge was filled with a plethora of VIP’s, celebs, great products and services serving delish Saturday’s Waffles and beverages to keep guests happy. Other crowd pleasers were Bulletproof Coffee served with melted butter and a sampling of their nutritional products, great Rock’n Roll Tequila in a guitar shaped bottle was a hit as was Venetia Vodka in a round cut crystal bottle while watching film panels or music performers. VIPs were escorted across the alley to their exclusive gifting suite where they received great products from sponsors showing off their wares. Missy Pile stopped by with her new baby along with a whole host of celebrities received beautiful Gem Mountain handmade jewelry and Saison all natural lotion amongst other gifts that included Joggo Canvas bags, Zaiya Collection custom clothing, Nomad State of Mind Sandals, KNA Boutique Candles and soap, Asea Renu cream, Teknikio moving oragami, Donna Bella Cosmetics, 4Life Energy drink, Black Out Bands sleep glasses, Twigs stylish wooden watches, Colorado Kitty Pot cat nip, Modern Oats organic oatmeal, Resqu Me Hand Warmers, Simply Eden lotion, Hooker Bath soap, CBT Candle Co.; Doing it for Money; Free Of Malice and From Crime to Crime books! 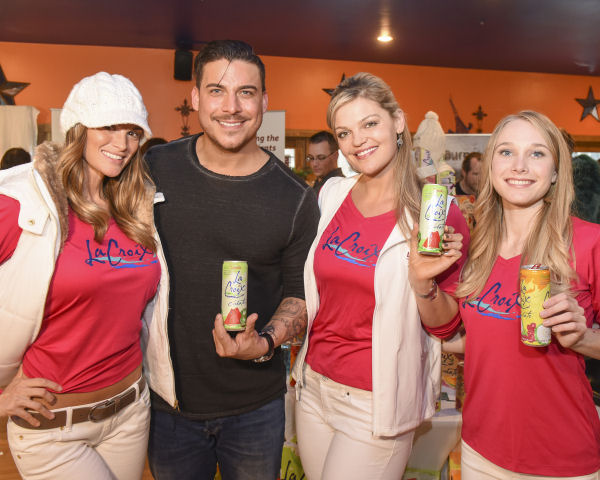 The luxury EcoLuxe Lounge presented by Durkin Entertainment is a fixture in the hospitality world during Sundance. And 2016 was yet another great year for the the suite hosted by How2Girl Courtney Sixx and powered by Choices Recovery and Shriners Hospitals for Children – Los Angeles that kept the focus on cutting edge Eco-friendly products and services.

Occupying the Blue Iguana restaurant at the top of Main Street in Park City, VIPs and celebs came in from out of the snow and warmed up with a hot cup of coffee from the one and only Bulletproof Coffee Company with a dab of melted butter. A farm to table organic non-GMO food-bar provided by Whole Foods, Mangia Park City and Fit Food 2 You satiated the crowd along with a healthy fruit infused non-sweetened sparkling water from LaCroix, RIPE Bar Craft Juice (pressed juices) that provided ‘mocktails’ and an awesome array of spirits including Tito’s Handmade in-the-USA Vodka served in Repurpose Compostables, plant-made dinnerware and cups.

Sundance 2016 Turns Up The Volume

0
Millennium Magazine January 31, 2016
No Comments Yet