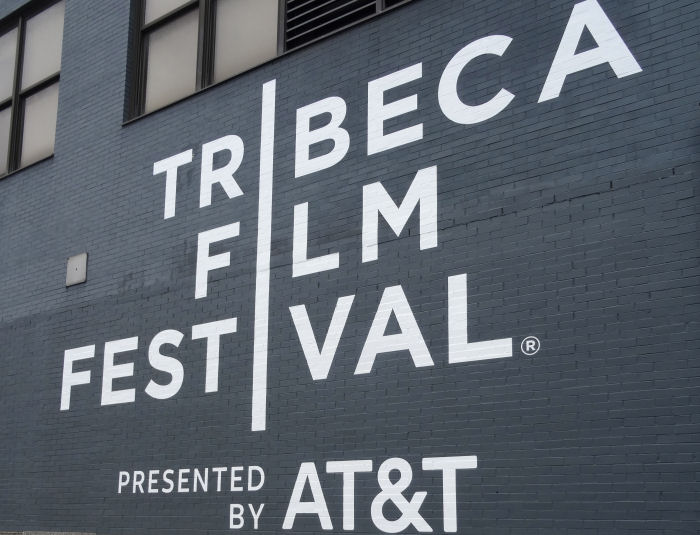 The Tribeca Film Festival 2017 has once again proven its position in the world as a stellar platform for independent filmmakers and artists to exhibit their creative expression in and around lower Manhattan, leading to awards and global exposure. Founded in 2001 by Jane Rosenthal, Robert De Niro, and Craig Hatkoff, shortly after the World Trade Center attacks, the Festival has and continues to support a diverse array of artists across several platforms. From film, to fine art to interactive experiences to innovative cutting edge technologies and ideas these creative outlets were presented to audiences through premieres, live performances, panels and exhibits. 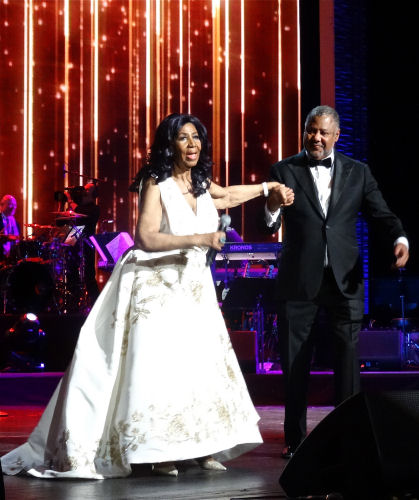 Opening Day at the 16th edition of The Tribeca Film Festival brought together creative visionaries on the Red Carpet to herald the ‘Power of Storytelling’ with the world premiere of the outstanding documentary; CLIVE DAVIS: THE SOUNDTRACK OF OUR LIVES at Radio City Music Hall. The film directed by Chris Perkel and produced by Michael Bernstein of (Ridley) Scott Free Productions is based on Davis’ bestselling autobiography that chronicles “The Man with the Golden Ears,” from humble beginnings to becoming a major influence on the music industry’s most talented super stars. The documentary “is a fascinating exploration of his remarkable story and the impact that a great producer can have on artists and music,” stated Jane Rosenthal during the opening introduction. Following the must see opening film, musical icons Aretha Franklin, Dione Warwick, Jennifer Hudson, Earth, Wind & Fire, Carly Simon and Barry Manilow gave brilliant performances to and in honor of the legendary music mogul himself and an enthusiastic audience. 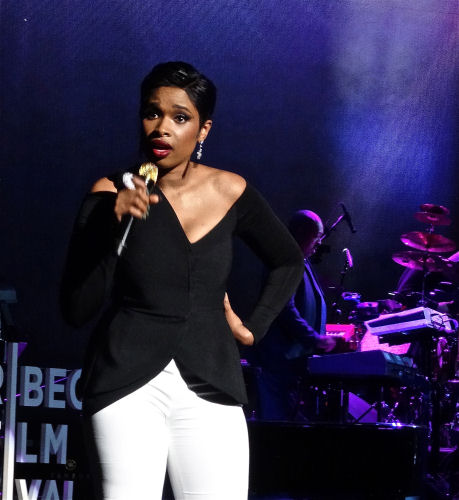 For the second year in a row the Tribeca Film Institute and the National Park Service (NPS) brought the return of the young filmmaker’s contest ‘The America I Am’. The annual competition welcomed short film finalists from all over the US who present their personal ‘American experience’ that ranged from gender identity to family heritage. 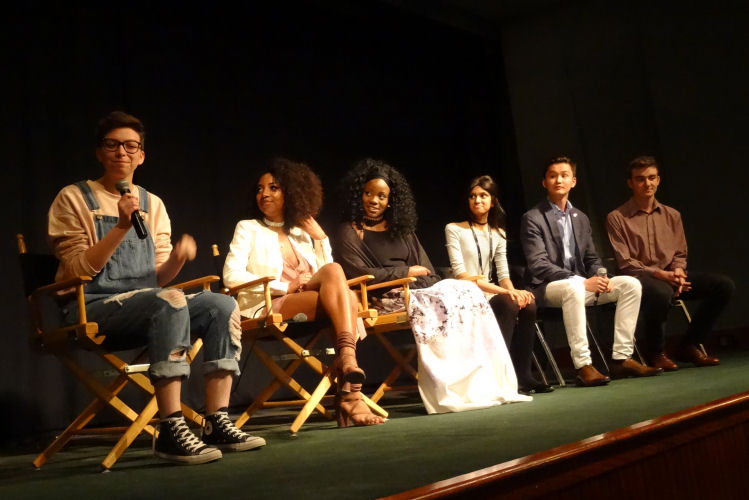 Premier film screenings presented by AT&T at the Film Festival included the US premier of Chuck, which depicts the true life story of Chuck Wepner brilliantly played by Liev Schreiber about the man who inspired Rocky—the iconic Silvester Stallone movie series. Wepner who went 15 rounds with Muhammad Ali suffered profound losses during his decade in the ring while living a dramatic life of sex, drugs and booze. Co-starring with Elisabeth Moss, Ron Perlman, Naomi Watts, Jim Gaffigan and Michael Rapaport, Schreiber delivers an outstanding performance inside an emotional film that is a must see especially for those who enjoy underdog sports stories with a heart. 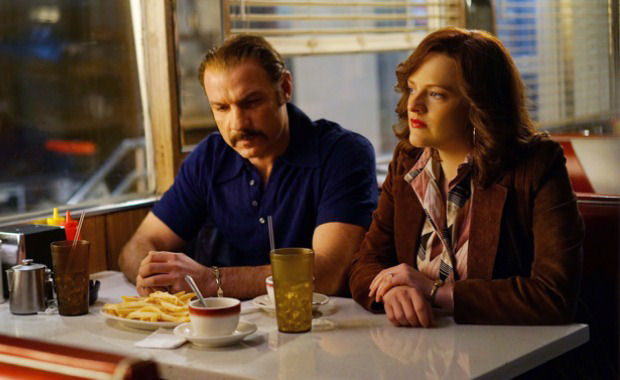 Liev Schreiber and Elizabeth Moss star in the film ‘Chuck’ premiering at the Tribeca Film Festival. Photo courtesy of TFF

The American premiere of The Dinner, starring Richard Gere, directed and written by Oren Moverman North tells the story of two brothers; an upstanding congressman and his abrasive brother who are caught up in a complex sibling rivalry. As the brothers and their wives played by Gere, Laura Linney, Steve Coogan and Rebecca Hall dine, their gloomy family secrets are revealed, unfolding into a tense and tedious encounter. 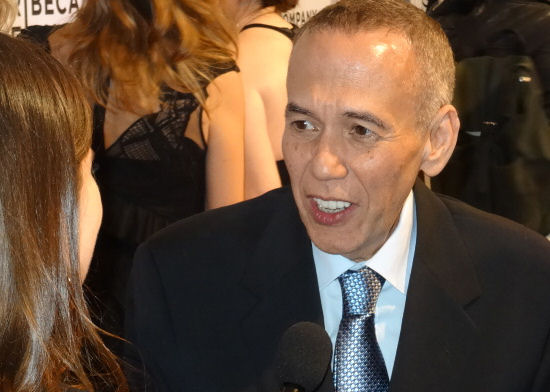 Gilbert on the Red Carpet for his documentary during the Tribeca Film Festival.

The world premiere of Gilbert, directed by Neil Berkeley documents the life and career of the legendary comedian Gilbert Gottfried with comments by Jay Leno, Bill Burr, Jeff Ross, Whoopi Goldberg and Howie Mandel. Fame found him in the 1980s when he was thrust into the high profile public life do to his caustic personality, unique life perspective, and phenomenal comic timing. After going it alone in both his career and his personal life the potty-mouthed and unapologetic Gilbert has reinvented himself as a husband and father. 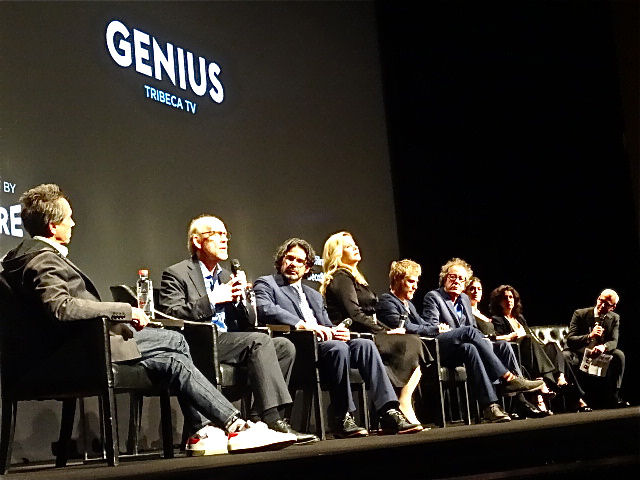 The new series Genius on the National Geographic channel made its world premier on a Tribeca Red Carpet with Executive Producers, Brian Grazer and Ron Howard who is also the director along with cast members

Geoffrey Rush, Johnny Flynn, Emily Watson, and Samantha Colley. Genius tellsthe story of how Albert Einstein played by Geoffrey Rush, struggled to gain an academic position in his early years then went on to become one of the most celebrated scientific minds of our time. The mini series explores Einstein’s life and work as he struggles with his volatile, passionate and complex personal relationships. After the premier episode a conversation with director, executive producer and cast took place in the theater. 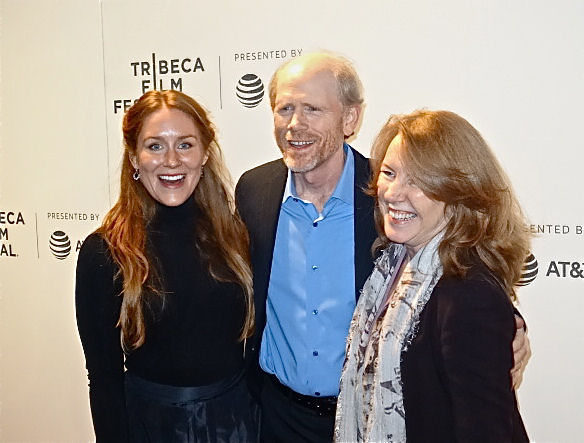 Paige Howard, Ron Howard and wife Cheryl on the Red Carpet of the TV Series Genius during the Tribeca Film Festival

Another exciting section of the Film Festival is STORYSCAPES which showcases cutting edge approaches to storytelling using the latest technology. The 2017 selections of six projects presented by AT&T included Blackout, ‘an ongoing Virtual Reality (VR) project gathering the reflections of real people living in today’s tense political climate through the lens of the New York subway’; Draw Me Close, ‘a vivid memoir about the creators relationship with his mother in the wake of her terminal cancer diagnosis using live performance and animation to create an unforgettable encounter between a mother and her son’; The Last Goodbye, depicts the journey of ‘Holocaust survivor Pinchas Gutter as he tours the Majdanek Concentration Camp where he was captured within a photoreal roomscale experience to chronicle his personal experience,’ And TREEHUGGER : WAWONA, ‘an interactive installation where the viewer wears a VR headset, places their head into the tree’s knot and is transported into its secret inner world.’

The Virtual Arcade consisted of 23 projects from six countries that included, Alteration, ‘an experience that depicts a trip into the future where Alexandro volunteers for an experiment carried out to study dreams where an Artificial Intelligence aims to feed off of his subconscious by digitizing it’; Apex from The Netherlands, ‘a new experience from the imagination of 3D artist and musician Arjan van Meerten who created a vision of a fiery urban apocalypse.’ Arden’s Wake tells the story of a young woman who lives in a lighthouse with her father. When he goes missing, she explores the waters previously forbidden to her and embarks on a thrilling journey of family history and self-discovery. Becoming Homeless: A Human Experience is a VR experience from Stanford University’s Virtual Human Interaction Lab, where the participant will face the adversity of living without a home in hopes of soliciting a solution for the epidemic of homelessness. Hallelujah is a revolutionary virtual reality music performance that re-imagines Leonard Cohen’s most well-known song. Life of Us is a shared VR journey from within that tells the complete story of the evolution of life on earth. Unrest allows audiences to access the world of chronic illness and disability drawing upon sensory meditations on pain, fatigue, and neurosensory symptoms and allows the public to experience a hard-to-understand condition. 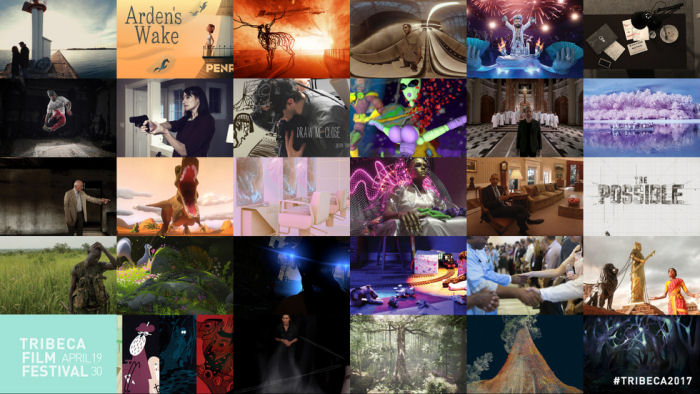 The 2017 Galas include: Sean “Diddy” Combs’ Can’t Stop, Won’t Stop: The Bad Boy Story, The Circle starring Tom Hanks and Emma Watson, and the Tribeca/ESPN Sports Gala, Mike and the Mad Dog. Special Anniversary Screenings of Michael Moore’s Bowling for Columbine, Quentin Tarantino’s Reservoir Dogs, and Disney’s Aladdin This year, special screenings include the world premieres of House of Z, a documentary that follows fashion superstar Zac Posen; The Public Image is Rotten, a documentary about Sex Pistols’ lead singer Johnny Rotten (AKA John Lydon); and Dare to be Different, the story of 1980’s rebel Long Island radio station WLIR, which will include live performances by Flock of Seagulls, The Alarm, and Dave Wakeling of The English Beat. Julian Schnabel: A Private Portrait, is a documentary that captures the artist in the studio and at home, incorporating archival footage and interviews of family and friends that include Vito Schnabel, Al Pacino, Willem Dafoe and Bono. Paris Can Wait, directed by Eleanor Coppola is about a women (Diane Lane) married to a successful but inattentive film producer (Alec Baldwin) who sets off on an innocent drive to Paris with a charming Frenchman, who unlocks her memories and desires. Warning: This Drug May Kill You, takes an unflinching look at the devastating effects of opioid addiction in the U.S. that all began with legitimate prescriptions to painkillers sometimes ending in addictions to illegal drugs. 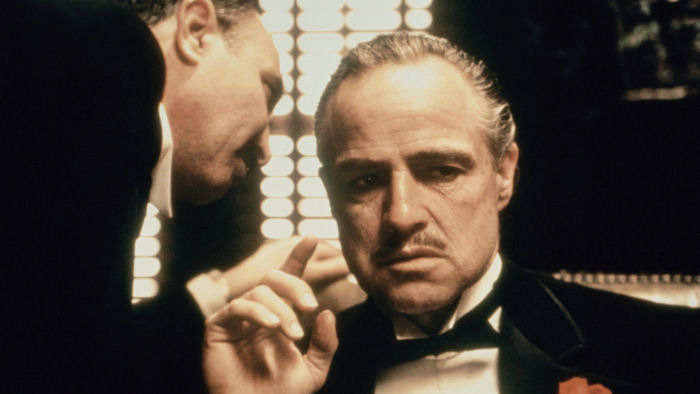 Marlon Brando stars in Closing Night Film, The GodFather during the Tribeca Film Festival. Photo Courtesy of the TFF

Jaimie Hilfiger: The All American Girl