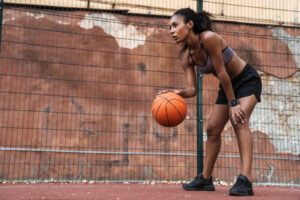 Sports has always been, and will very likely continue to be, a huge part of human culture and society. Since before the first civilizations were build, humans have participated in some form of sports. Notably, a sport that pre-dates even the oldest civilizations seems to be wrestling. Many historians believe that wrestling has been around since the prehistoric era. Whether that is true or not, one thing is certain. The sport has been around for thousands of years, and is still popular today.

One of the most popular activities that sports fans enjoy doing is betting on their favorite sports, teams and players. The activity has become all the more popular in the 21st century due to the rise in popularity of online betting sites like the ones found on this page.

The popularity of sports, naturally, has not gone unnoticed by Hollywood. Countless sports films have been produced, with varying degrees of success. In this article, we are going to discuss the most beloved and popular sports films. 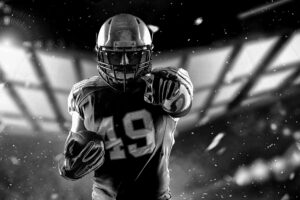 Written by Robert Mark Kamen and directed by John Avildsen, the Karate Kid has to be one of the most popular coming-of-age stories from the 80s. Starring Ralph Macchio as Daniel LaRusso, the film sees the young boy fall in love with the sport of karate. Fate brings him together with an old master of the martial art, Mr. Miyagi (Pat Morita), who trains the young man to fight in the local karate tournament.

The popularity of the film is undeniable, as it was the highest-grossing film of its year, and earned Mr. Morita an Oscar nomination. The film spawned 3 sequels, and a remake starring Jackie Chan and Jaden Smith. The Karate Kid is often attributed as the film that sparked an interest in karate among American youths. 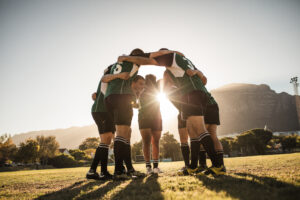 One of Sylvester Stallone’s best known and most highly-regarded roles, Rocky is a film about a young, amateur boxer, Rocky Balboa. He attracts the attention of Apollo Creed, the world heavyweight champion, who challenges Rocky to a match. A large portion of the film is spent exploring Rocky’s mental and emotional state prior to accepting the match. His self-doubt, excitement, and courage are challenged, however, he ultimately accepts the match, even knowing he can’t win.

The film became the highest-grossing film of 1976, and was showered with multiple Academy Awards (and other prestigious film accolades). It won three Academy Awards, Best Picture, Best Director, and Best Film editing. It is widely regarded by critics as the best sports film of all time, and the best boxing movie, second only to Raging Bull.

Chariots of Fire, directed by Hugh Hudson, is a film based on the true story of Eric Liddell and Harold Abrahams. It retells the story of their life and the events that led up to the two representing Great Britain at the 1924 Olympics, in the track and field event. Each of the men bears his own burden and is fueled by a drive to succeed.

The film won several Academy Awards, including the one for Best Picture, and is regarded by many critics as one of the greatest films of all time. It is ranked 19th by the British Film Institute’s 100 Greatest British films.

What To Expect When Trying CBD Edibles for the First Time

A Beginner's Guide to Tarot Cards

The Magic that is Orlando