A play by Pulitzer Prize Winning Playwright, Ayad Ahktar
WHERE FICTON MEETS FACT IN A STORY OF LOVE AND MONEY
THROUGH JANUARY 7th AT LINCOLN CENTER 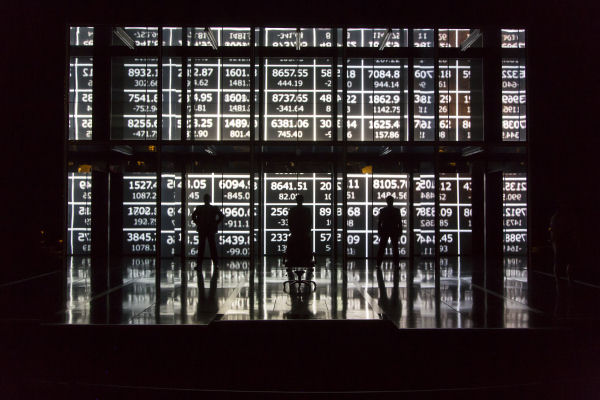 A scene from the Lincoln Center Theater production of JUNK by Ayad Akhtar. Stark, modern sets by John Lee Beatty with lighting design by Ben Stanton swiftly move the action along. Photo by T. Charles Erickson

From “Margin Call” to “Wolf of Wall Street” to “The Big Short”, Wall Street’s Machiavellian maneuverings have grabbed us as we watched scheming manipulators take over the big screen. Now Pulitzer Prize Winning playwright Ayad Ahktar takes on these takeover tyrants, fictionalizing the rise of fall of a character who parallels Michael Milken (the King of Junk Bonds) and shows us it’s not so easy to keep those barbarians at the gate. At Lincoln Center Theater until January 7, 2016 (http://www.lct.org/shows/junk/). 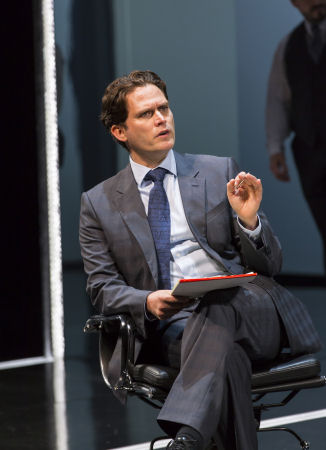 There’s no shortage of juicy Page Six-worthy tidbits in between the financial wheelings and dealings: CEOs illicitly loving long-legged reporters; Husbands lying to their wives Godfather-style; Cohorts co-opted by the Feds giving up mighty whales; Trusted aides turning spies for corporate raiders…the list goes on with betrayals of ever-escalating scale as finally, passionately dedicated business owners become collateral damage. You don’t need an MBA to get the genuine human undercurrent, exceptionally directed by Doug Hughes, as the numbers rack up like a giant virtual ticker-tape (moving the plot along brilliantly are sets by John Lee Beatty, Lighting Design by Ben Stanton.) 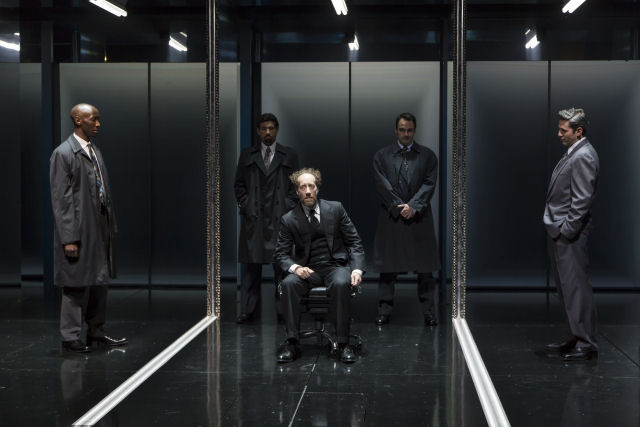 JUNK: THE GOLDEN AGE OF DEBT with Joey Slotnick (center) and the company of Lincoln Center Theater’s production. Photo by T. Charles Erickson

Sleekly presented this story of love and money, mostly actually the love of money, is never less than edge of your seat compelling. As obsessed, ruthless takeover pro, literally a wolf of wall street, Steven Pasquale leads devouring, conniving takeovers and subsequent destruction of companies once mainstays of American Industry without remorse. Though he proclaims himself a savior and even appears a devoted parent, he is undoubtedly a crook, no 2. doubt, but from his point of view, out of necessity. How else can a phone call net you $6.5 million? 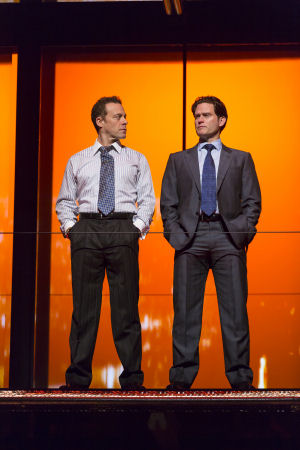 Investor Leo Tesler (Michael Siberry) blustery though he may be, has a genuine vulnerability and bewilderment in the face of machinations with “crazy paper” as he calls the Junk of Wall Street. Enamored of savvy, sexy author Judy Chen (Teresa Avia Lim) who winds up selling out her talent, her integrity as a writer and her future as a Wall Street-whistle blower, for millions Tesler balks on the relationship when he’s compared to J.P. Morgan – but leaving if you will, pillow talk, to allow his paramour to cash out without sharing a word. Yes, there are exceptional talents revolving around these charismatic captains of industry. 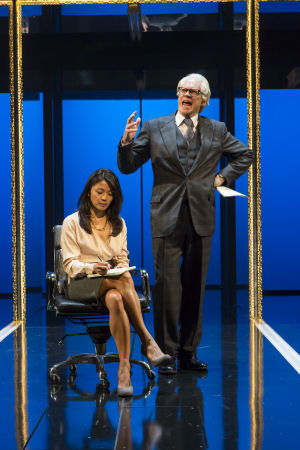 JUNK is about today and tomorrow. What decimates healthy relationships and what fosters unhealthy ones. What happens when the love of money becomes a primal force overriding all and sending one’s moral compass spinning out of control. Though JUNK is about trading Wall Street style – favors, information, money – it’s also about integrity and how losing it sends life into freefall. 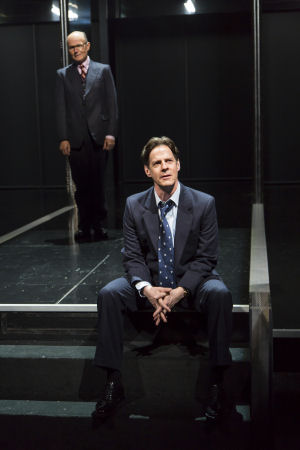 Such are the fables of modern finance. You have until 7 January to see JUNK. Don’t throw out your chance, no rubbish here, just great entertainment value.

Playground of the Rich and Famous: Turks and Caicos