The Los Angeles Native Speaks of Her Experience on ‘Vanderpump Rules,’ Taking a New Direction in Her Life, and Her Time as a Stalker.

Bravo’s infectious reality star, Stassi Schroeder has found life beyond ‘Vanderpump Rules.’ After three seasons on the reality show, Stassi has moved her way towards independence and new business ventures. After a very difficult reunion show with her former friends and cast, she is happy to be away from all the drama.

“I filmed the reunion show and it was the worst day of my life,” said Stassi. “I held it together the whole time during taping, and went home afterwards and cried for two hours and went to sleep at 8:00 at night. This isn’t my life anymore. I don’t hang out with these people, I don’t talk to them, and I’m not around it. I haven’t seen most of them in seven months since filming stopped. It was so crazy to be back in that environment. I was just looking at everyone just hating and fighting, and I thought there is just so much more than this miniscule situation.”

As Stassi struggled with the ridicule from her former friends, she was able to take the positives away from her experience and move on to new opportunities as well as learn more about herself as a person.

“I’ve learned that I’m tough. Maybe I had to grow to be tough. It’s really hard to be in a show where you are being played to be one step ahead of everybody else and rip each other to shreds. We’re not paid to sit around and get along. They want to see dirt. It was really hard. But we did it to ourselves, we put ourselves in that situation, so I can’t complain about it.”

Despite the hardships of filming the show, Stassi’s time on ‘Vanderpump Rules’ opened new doors and opportunities. Attending fashion shows at the Mercedes Benz New York Fashion Week was an exciting benefit that Stassi was able to enjoy. She attended the shows by designers Charlotte Ronson, Zang Toi, and Erin Fetherston. “I swear to God I did the show to go to Fashion Week, three years ago! I thought, should I do this? I just want to make it to Fashion Week!”

With her love of fashion and sense of style, Stassi started her blog ‘Style by Stassi.’ She had an obsession for reading fashion blogs. When she relocated from Los Angeles to New York, her new boyfriend Patrick Meagher encouraged her to start her own blog.

“When I moved here, I was kind of figuring out what to do. I was with my boyfriend all the time. He was always asking, ‘What are you doing?’ I would say that I am looking at other people’s blogs. One day he said to me, ‘Just do it yourself and start your own.’ So I started reaching out to showrooms and getting in touch with up and coming designers that are affordable. So I was able to expand my wardrobe, and was able to pull clothes a lot and it made it easy.”

As Stassi continued her path in fashion, she recently partnered with Shop Prima Donna and designed her first line of jewelry. She started with a line of statement necklaces at moderate price points so that women of all budgets can enjoy her pieces. “I love the fact that Shop Prima Donna is so affordable, because when you buy statement jewelry, you don’t want to spend a lot of money. You’re only going to wear it a few times. They wanted me to do everything, but I wanted to start with statement necklaces. It’s kind of my thing right now, it’s what I love.”

Stassi’s inspiration comes from her mother who is a jewelry designer. They even designed a line together called ‘Stassi & Dayna’ for Shop Prima Donna.

“My mom and I did a whole separate thing together where she hand makes everything. We went to a jewelry convention in LA. We spent days there, all day long, picking out exactly what chain, pins, and pieces to put together. That line is not mass manufactured. She’s at home watching TV doing it!”

With so much happening in Stassi’s life, last month her Podcast for CBS ‘Straight Up with Stassi’ debuted. With her sassy humorand willingness to make fun of herself, Stassi was given her own weekly show to talk about anything. Yet, when she was initially approached by CBS, she was terrified. Something Stassi may talk about on her Podcast is her years stalking her boyfriend, Patrick Meagher.

“Yes, I did stalk him! He’s a sportswriter host for Sirius XM. Before that, he did a show for Cosmo Radio called ‘Cocktails with Patrick.’ I didn’t have Sirius XM but my friends did. So whenever I would get in their car, I would be like, ‘turn that show on, turn it on!’ Sometimes I would check if he was single. I would Google him. It got to a point where I was like, ‘This is my soulmate’.” Stassi knew she needed to find a way to meet him. For years she followed him on radio and felt that she needed to hunt him down and literally find him. Finally her opportunity came to light.

“Almost two years ago I was single and he was single and he was doing a show and I was listening to him talk about soulmates. He said he would like to think that he would have to go out and find her and that she’s probably across the country. I thought to myself, ‘Oh my God, I need to tweet him.’ So I tweeted him and he responded.

However, prior to that first tweet, when Patrick first learned that Stassi was interested in him through her friend Taylor who also worked on Cosmo Radio, he was skeptical.

“He was like, ‘a 25-year-old blonde reality star that lives in LA? No thank you.’ That is literally what he said. When I tweeted him a few months later, he was like, ‘Oh, that’s the girl Taylor was talking about.’ He responded and we texted back and forth for two weeks. Then I was in New York for work and I met up with him and we’ve been together ever since! So, I really did stalk him!”

Clearly Stassi has found a happy place to be in her life with her non-reality TV boyfriend, style blog, jewelry line and her Podcast. She has since returned to LA with her boyfriend and is learning how to keep the negativity out of her life. She tries not to get too consumed with social media and the nasty comments people post to her.

Also check out these links: 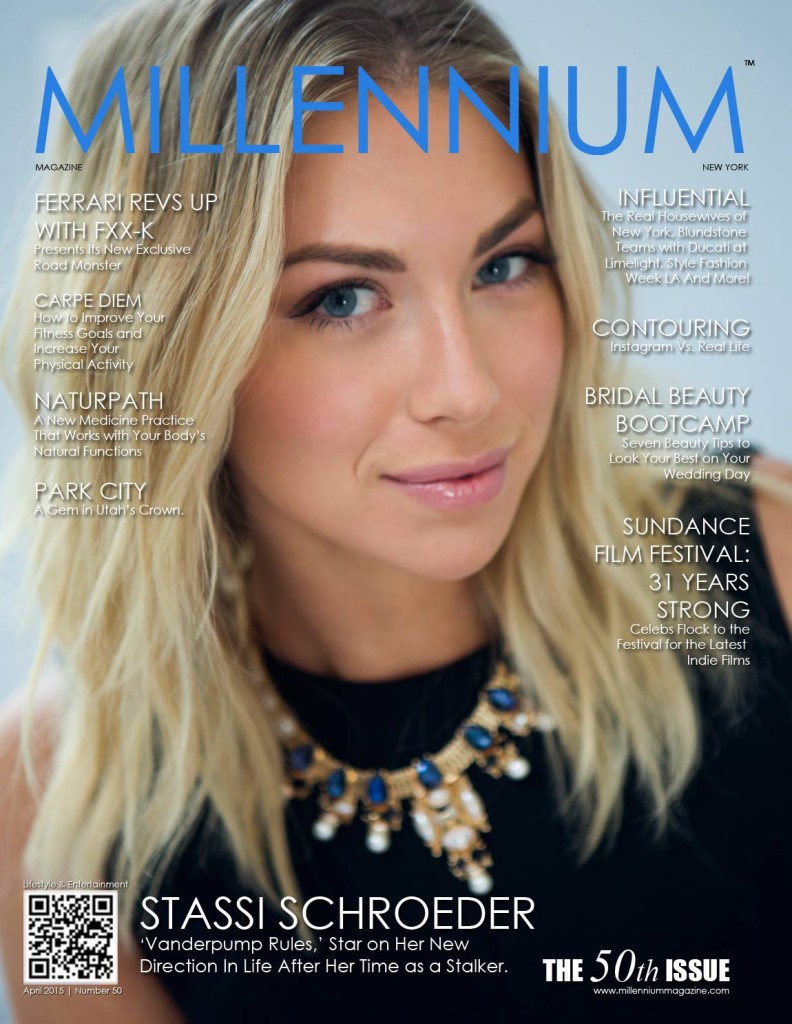 FERRARI REVS UP WITH FXX-K

5 Simple Ways To Style Your Home For Sale