“There is nothing more annoying than a mother’s love.”

Interviewing the dynamic duo, Kate Siegel and her mother Kim Friedman from @CrazyJewishMom was definitely an experience most writers would covet. Their energy level, mutual admiration and even comical irritation with one another is immediately palpable to anyone in their presence. Throughout the initial phone interview one could almost hear Kate’s frequent eye rolling while Kim shared anecdotes of their lives. For Kim, there was omnipresent maternal love mixed with audible exasperation, as she shared stories of their mother-daughter relationship. However, one thing was clear: this neurotic mom and her “spawn” were having fun.

Kate is now a New York Times best selling author of “Mother, Can You Not?” (Crown Archetype), a book inspired by the social media phenomenon, @CrazyJewishMom. The Instagram account, on which Kate shares her tech-challenged, “husband hunting,” mother’s humorous text messages, went viral in 2015. Now, they have an incredible fan base of almost one million Instagram followers and counting, with many more on Twitter, Snapchat and Facebook. Fans of this duo even include celebrities like Reese Witherspoon and Gwyneth Paltrow. 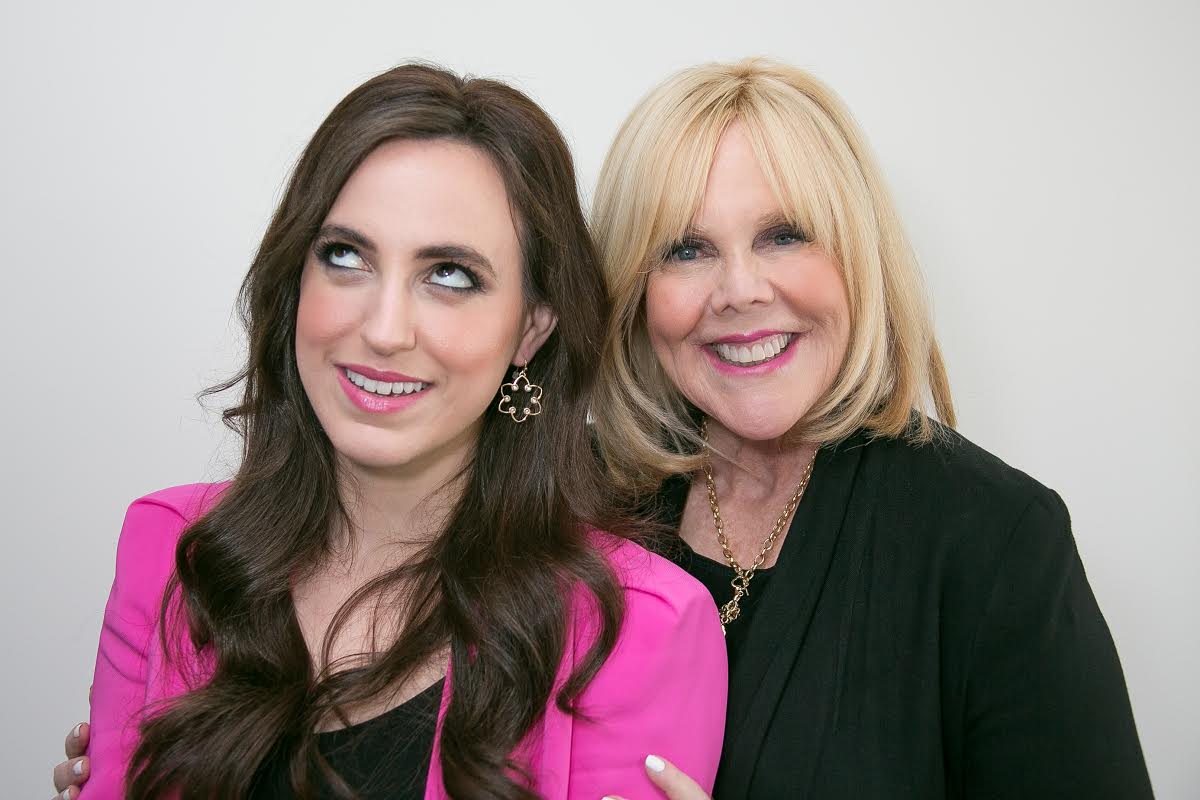 In many ways theirs is a familiar relationship most daughters can relate to: the “push-pull,” emotionally complex bond common among many mothers and daughters; a co-dependent umbilical lifeline that you sometimes want to well, just cut. Yet theirs is also that rare, inexplicable combination of mother-daughter love and friendship, reminiscent of the dynamic between the late, great Joan Rivers and Melissa, sprinkled with a healthy dose of Amy Schumer funny, mixed with the overbearing presence of famous TV moms such as Seinfeld’s Estelle Costanza.

During a book signing at the SOHO House in New York City, it was apparent that at first it was a bit of a mismatched setting for an appearance by this duo – most would imagine this reading to take place in Kim’s living room over lox and bagels. Within minutes though, the audience – a packed house — was mesmerized by their funny stories and noticeable chemistry, and in fact, it was as if we were in their home passing the cream cheese.

Kim Friedman was born in Atlantic City, NJ and received a Bachelor’s Degree in theater and a Master’s Degree in directing from the Tisch School of the Arts at NYU and then graduated from the American Film Institute Director’s Program. She then went on to become one of the most preeminent female TV executives in Hollywood, working on the “other” side of the camera — before most women at that time could break into what was highly considered a good ol’ boys club. Kim is an Emmy nominated television director and producer whose career began directing the iconic Mary Hartman, Mary Hartman TV show for Norman Lear. She then went on to direct Square Pegs and later L.A. Law, The Love Boat, Dynasty, Beverly Hills 90210, Lizzie MaGuire and countless others with many credits in the theater world.

“I brought Kate with me to the set all the time,” says Kim, as she was explaining her career in television working sometimes 16 hours a day. “But I wanted to focus more on Kate, so I decided to drop out for a while and focus on driving her crazy,” she shared with a laugh. Fast forward to 2011 when Kim went back to work part time, developing her own reality pitch reels and making a book into a film. “After chasing my daughter to the east coast while she was in college, I pursued reality TV passion projects with characters and stories we thought were compelling and worthy of being told! Everything from a gay ‘Jersey Shore,’ to patients of a doctor who specializes in sex change operations, to entrepreneurs building businesses, to the story of a gay, teenage Jewish drug dealer who went to jail and then totally turned his life around.” 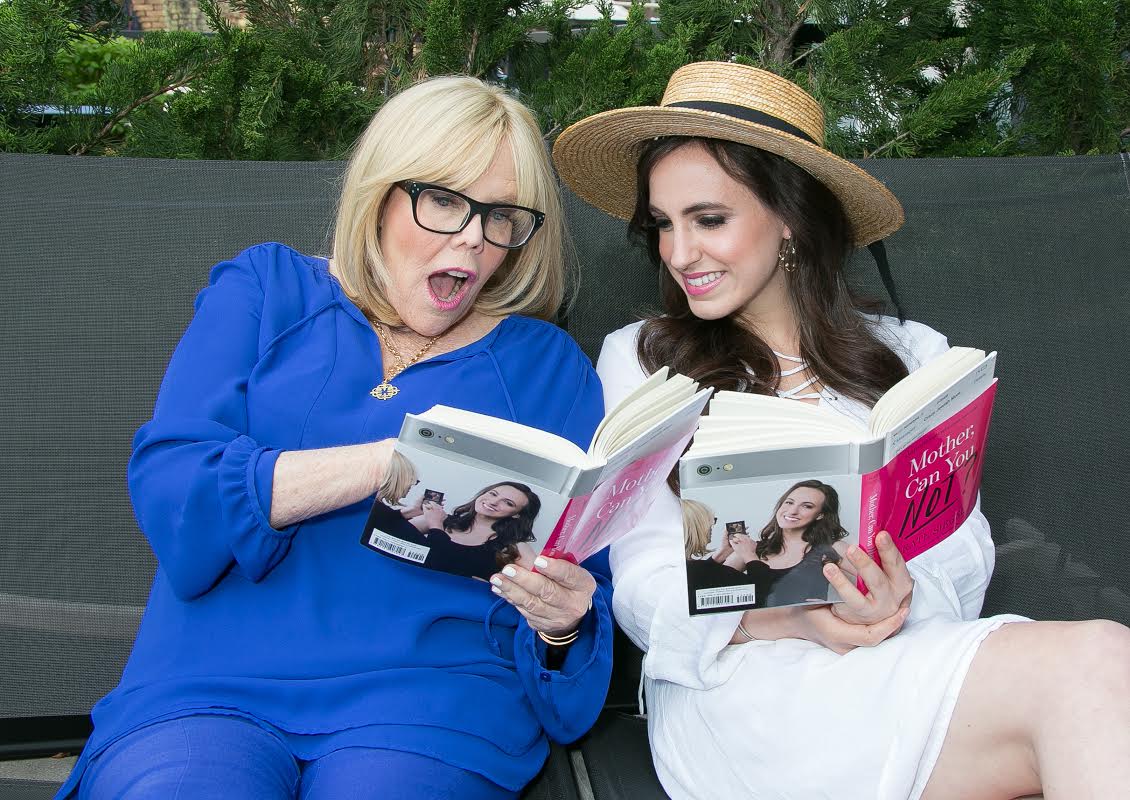 It wasn’t until November 2014 when, inspired by being on the brink of insanity, that Kate, a twenty-something “typical” tech-addicted New York transplant, decided to share her mom’s messages with the world, almost like a self-prescribed therapy. It was then that fans and followers really got to know Kate and Kim and their hysterically funny, honest, in your face, mother-daughter relationship.

At the time, Kate was working 12-hour days in a demanding job as an associate producer for Condé Nast Entertainment, overseeing digital video content for Teen Vogue, Bon Appétit, The New Yorker Festival, Condé Nast Traveler, and Self. Prior to joining Condé Nast, Kate studied English, creative writing, and theater at Princeton University, worked for a theater company, and wrote for our very own Millennium Magazine. She always worked at being a professional writer but it was an “Ah-Ha” moment at a party that inspired the birth of @CrazyJewishMom. “I was at a bachelorette party and started sharing my mom’s text messages with some of my friends (she learned to text while I was in college as I would avoid her by sending her calls to voicemail). It was a particularly funny stream of messages, because one of my mom’s major ‘topics’ at the time was her incredibly irritating uber-focus on my marital status (despite having a boyfriend that Kim affectionately calls “Super Jew”)”, Kate recalls. “The response to the messages I shared at the bachelorette party was so incredible that I started thinking about the stories from our relationship over the years, and was inspired to start documenting our conversations.” The response was fast and furious. Soon the comments started pouring in and once the first little article about @CrazyJewishMom was published on BuzzFeed, explained Kate, things just quickly took off. Overnight, the account grew from 11,000 followers to 300,000. Offers started teeming in from management agents to put together book and media deals. Then other press quickly followed, including coverage in Vogue, The Huffington Post and appearances on abc Nightline, The Today Show, and many others.

@CrazyJewishMom fans have strongly stood by Kim as Kate chronicled her suffocating yet funny and loving daily presence in her life. These defenders – a universe of other helicopter moms — banded together as Kim’s team; others sympathized with Kate as she shared snippets from their lives – everything from her mom’s reminders to visit the gynecologist to her perpetual quest to find Kate a real husband (not necessarily her boyfriend!), to having babies and what it means to find a “real” job. (“She went to Princeton my daughter and didn’t work in investment banking!”). Fans laughed. They cried. They followed. 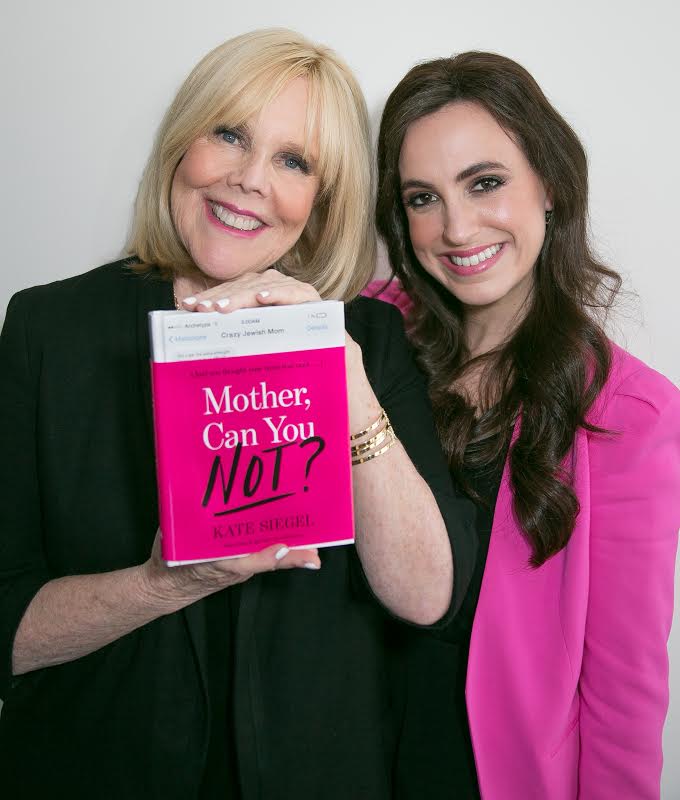 “Mother, Can You Not?” takes those snapshots and shares Kate’s personal essays, providing more of their funny adventures and complete stories behind some of the many, now well known, funny exchanges. The book chronicles their relationship over the years – long before Instagram and text messages. In addition to Kim’s phone calls to Kate in college and tales about Kim’s obsession with Kate’s jobs, friends, parties, clothes, there are hugely entertaining stories about Kim while Kate is growing up that one could read again and again, including her over-the-top devotion to her pets, especially her Chihuahua named Thor who has his own Instagram account. In one of the book’s chapters, “The Pound Diaries,” Kate hysterically shares an anecdote from childhood when Kim stole a cat from the city pound, after being told it would be put down. Referring to her mom, Kate writes, “Her intense love and scrutiny extend to each and every member of our family, no matter how much some of us drool.”

What’s next for the Crazy Jewish Mom founder and author? Kate is building an empire and Kim is finally a bit more relaxed about her spawn quitting her “day job” to write the book but says she would still prefer Kate had a stable job with health insurance and a pension. However, they are both seizing the moment and taking advantage of the opportunities at hand. “We’re in the process of launching crazyjewishmom.com, which will include “Ask @CrazyJewishMom & Spawn!” – an advice column where we will answer all our fans’ questions about dating, sex, career, and everything in between,” says Kate. They are also in talks to develop a podcast and other exciting media projects.

So there is now an empire growing – a Kate and Kim empire as Kate builds her digital brand, plans TV projects, writes another book and continues to share the amazingly entertaining antics of their relatable, unique relationship. What celebrities would play the lead roles in a future TV series? “Susie Essman comes to mind for my mom,” says Kate. “She could play herself!” says Kim of her daughter. And no doubt do a stellar job.

“When you have a close relationship with your mother, you develop a kind of secret language that only you and she understand,” Kate writes in “Mother Can You Not?” She goes on to convey, “This language ultimately speaks to how close we are, because that level of innate understanding cannot exist without a mutual, unconditional love. That said, I still sometimes want to punch her in the ovary.”

There is so much more to come and fans, including this writer, can’t wait to see what they do next.

Visit (crazyjewishmom.com) for more information, upcoming book tour dates and locations for Mother, Can You Not?