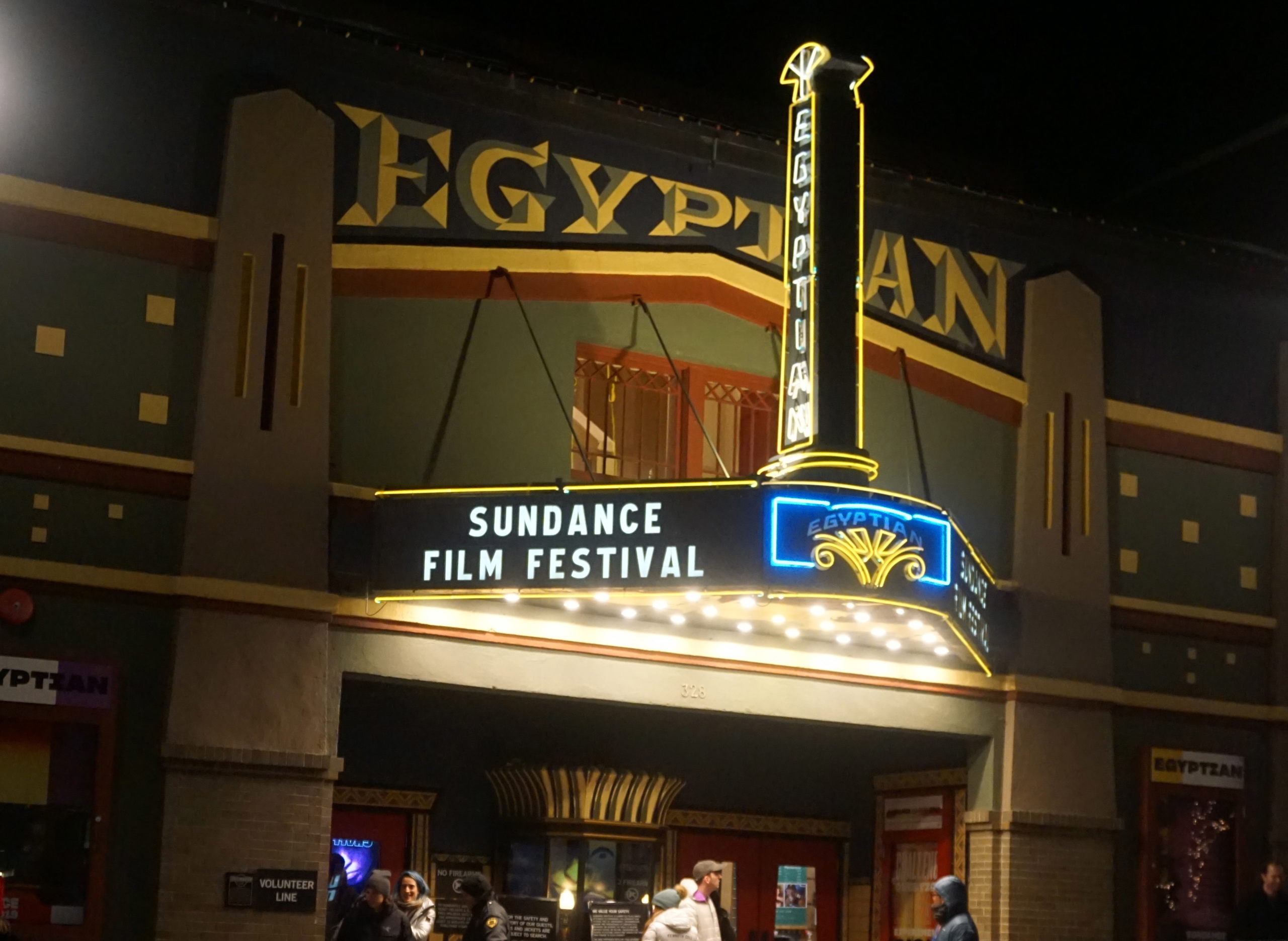 Millennium Magazine headed with excitement to the Sundance Film Festival 2019 in Park City, Utah to experience all the best in film, virtual reality, music, TV, documentaries, panels and events to help us experience life seen through the eyes of others. “Story tellers broaden our minds: engage, provoke, inspire and ultimately connect us.” — Robert Redford. 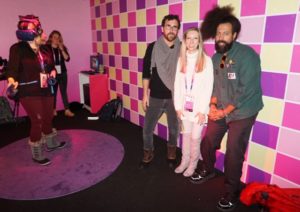 Millennium Magazine  kicked off the film festival with a highly anticipated trip to the NewFrontier; a full spectrum of Virtual Reality experiences that used a multitude of senses to conjoin us to the art. One of the favorites was Runnin’, a virtual dance experience, created by comedian and musician Reggie Watts, Diego Prilusky & Kiira Benzing with Intel Studio, where one enters a fantasy-land to dance with Reggie himself. Great fun! 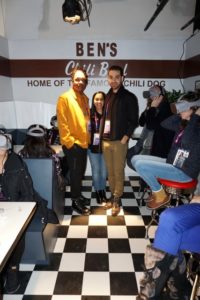 The powerful ‘Traveling While Black’ Virtual Reality Film is a short movie set in Ben’s Chili Bowl Restaurant. Created by Roger Ross Williams, Ayesha Nadarajah, Felix Lajeunesse and Paul Raphael; It is about a survival guide called the Green Book, that African Americans used from the 1930’s through the 60’s to travel safely in America and avoid brutal discrimination.

The Ghost Fleet At New Frontier’s: The Box At The Ray is an extremely moving virtual reality experience depicting t 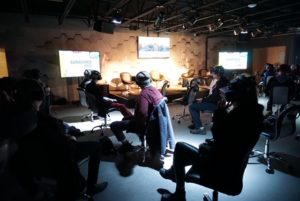 he harsh actuality of slavery at sea in the Thai fishing industry and worldwide. The Festival’s VR documentary is narrated by Tun Lin who was abducted at 14, forced to fish without pay for 11 years and eventually freed by the humanitarian agency LPN Labor Rights Promotion headed by Patima Tungpuchayakul. Don’t miss seeing this powerful VR experience or the full documentary! 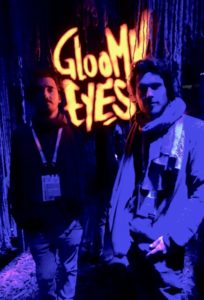 Millennium was thrilled to witness atlasv.io ‘s amazing animated virtual reality experience, Gloomy Eyes during the film festival. Narrated by actor Collin Farrell, the story takes place in a dark overgrown rain forest and is about a human & a Zombie who make an emotional connection in a mystifyingly beautiful underworld. 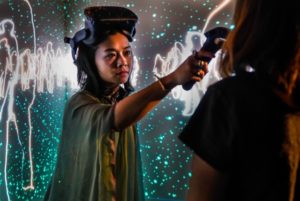 A truly unique VR experience during the festival was with Artist Teek Van Thi Mach. @TeekMach ‘s on going immersive encounter is an ever-expanding virtual painting that includes all those who partook in the Griselle experience. The artist through means of a virtual pen outlines each participant and includes that rendering in the portrait which will be traveling through out many film festival in the coming year. So Cool! Photo courtesy of Grizelle 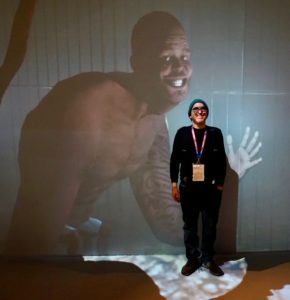 Esperanto (Monstrosity in Spanish) viewed as a theatrical experience welcomes the audience to watch as an actor interacts with a virtual reality puppet. The creator, Victor Morales, message embraces strangeness and deformity to challenge the conventions of beauty and normalcy. You decide for yourself. 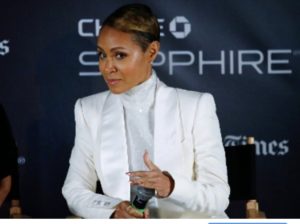 Chase Sapphire on Main hosted a myriad of celebrities that included Jada Pinkett Smith, Riley Keough and David Crosby as part of the LA Times Studio and LA Times LIVE movie panel for the film HALA at the festival. 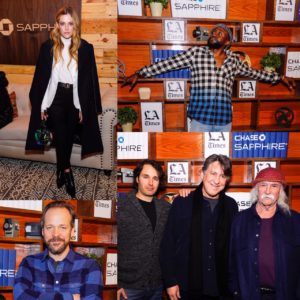 The star-studded event included the cast, directors and producers of the film celebrating their work among Chase Sapphire cardholders. 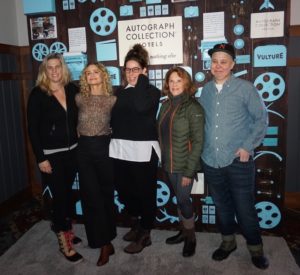 Millennium was honored to attend the Vulture and Big Swing Production Brunch, celebrating the world premiere of GIRLS WEEKEND a short film directed by award winning actress Kyra Sedgwick (wife of Kevin Bacon) and written by Ali Liebegott at the Hotel Park City during the festival. 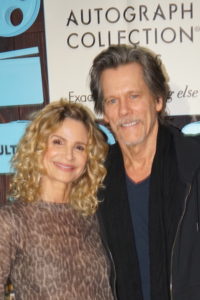 GirlsWeekend tells a story of a mother played by Linda Lavin who asks her two daughters; one gay played by Ali Liebegott and the other homophobic played by Amy Landecker home for the weekend to tell them something of grave importance. Surely to become a feature! 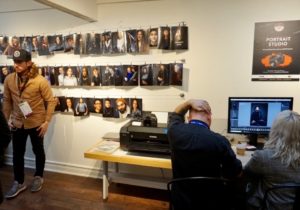 Millennium mag popped by the Canon Creative Studio on Main St. to check out their latest and greatest camera equipment, take in a panel, sip & nosh and have a portrait taken by the talented photographer Michael Ori. 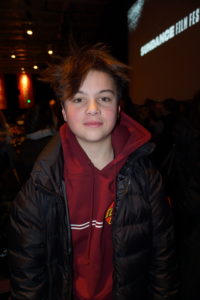 The emotionally charged documentary Moonlight Sonata; Deafness In Three Movements is a film that parallel’s the lives of Beethoven’s struggles with hearing loss as he composes some of his greatest works and Jonas Brodsky a tween who became deaf as a young boy but with sheer determination, a supportive family (who is also grappling w/ dementia in a grandparent) and the help of Cochlear implants becomes an accomplished pianist. Created by the award winning filmmaker Irene Taylor Brodsky, the extraordinary doc premiered at the Sundance Film Festival to rave reviews! 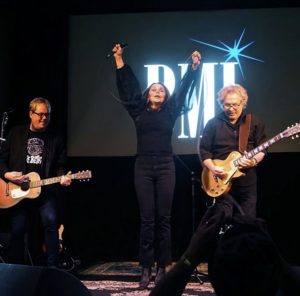 Broadcast Music, Inc. (BMI) hosted its 17th annual Snowball music showcase during the 2019 Sundance festival at The Shop in Park City. Performing Artist and composer Tamar Kali kicked off the evening to a packed house with an awesome concert followed by an acoustic set from vocal power house Hailey Knox and a masterful performance by Neyla Pekarek (formerly of The Lumineers ) who sang songs from her solo album Rattlesnake. This year’s headliner, Oscar and Grammy nominated Patty Smyth made her Sundance debut to an enthusiastic crowd with her chart-topping hit ‘Sometimes Love Just Aint Enough’ among others. This year’s all-female lineup highlighted BMI’s commitment to their roster of powerful female artists while showcasing the importance of all music in film. 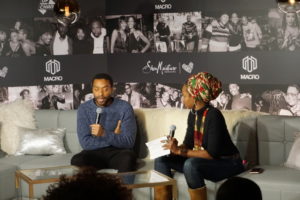 Stay Macro, a global media brand promoting diversity and inclusion in film, hosted the engaging Academy Awards nominated actor Chiwetel Ejiofor from 12 Years A Slave to talk about his stunning directorial debut of the celebrated film ‘The Boy Who Harnessed The Wind’ at the Festival. 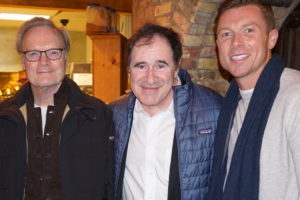 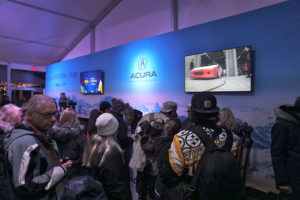 Acura’s Festival Village returned for the ninth year as a sponsor for the Sundance Film Festival with an immersive experience. The activation, featuring music on the main stage, (serving up stellar tunes & Stella Artoise ) interviews with leading actors and filmmakers at the IMDB Studio, brought more than 100 Acura MDX’s to the streets of Park City, Utah! 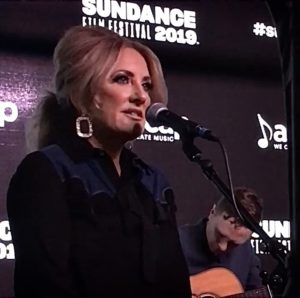 The Ascap Music Cafe presented it’s stunning American Country Music Awards & Bluebird Cafe of Nashville, TN songwriters ‘Music In Film’ series during the 2019 Sundance film festival featuring top tier performers LeeAnn Womack, Carlton Anderson, DeanaTunes and Carter & Jacob Davis. The afternoon did not disappoint as the crowd was in awe of the talent and their brilliant performances that captivated the country in all of us.       ️ 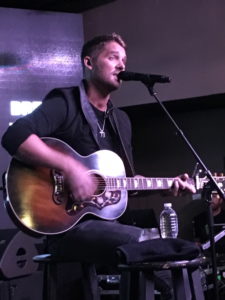 BrettYoung, multi award winner and Billboard ’s only country star on it’s Top New Artists list also performed at the festival’s Ascap Music Cafe singing his hit, ‘Sleep Without You’ and many more. What a different a few years makes! When the country crooner made his debut at Sundance in 2017 he was hanging for an hour or so with fans in the audience — this year he had body guards and was whisked away at top speed! 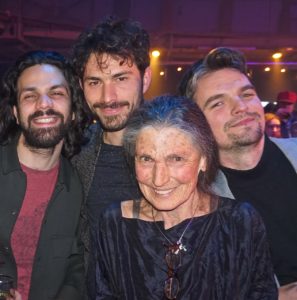 The ‘Disappearance Of My Mother’ which premiered during the film festival is a moving documentary about the once iconic model Benedetta and her wishful disappearance into anonymity as explored through the eyes of her filmmaker son Beniamino Barrese. Although in her mid 70s, weathered and using no visible means of skin maintenance her beauty is still quite evident but she has become a staunch feminist/ professor who teaches her students about feminism and that beauty is but a frivolous veil. 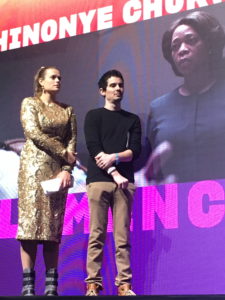 All good things must come to pass and so the Sundance Awards ceremony signaled yet another close to an awesome Sundance Film Festival with never enough time to see all the movies on one’s list. Hosted by actress/ filmmaker Marianna Palka, the evening kicked off with a musical treat from Jamba African Drummers then got down to the serious business of award presenters that 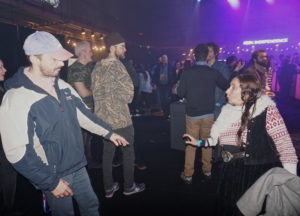 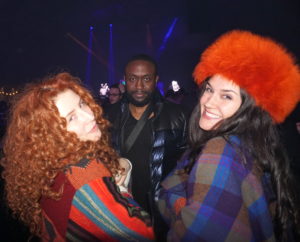 Honeyland and a director’s win to Alma Harel of Shia LaBeouf ‘s (who celebrated by dancing with his mom) autobiographical film, Honey Boy. BRAVO!

For more info about the Sundance 2019 please go to www.sundance.org

0
Lauren Clarke-Bennett February 10, 2019
No Comments Yet