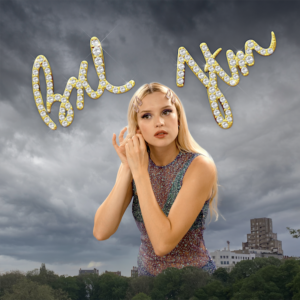 Recently in a surprise move, the Belgian pop star Angèle (born Angèle Van Laeken) released her album Nonante-Cinq (translation: Ninety Five) a week early. Along with the album, she reveals a brand new video for the album track “Démons” featuring her fellow Belgian artist Damso. On November 26th, Netflix released the documentary “Angèle”, and she announced a string of arena-size live headline shows, besides opening for Dua Lipa.

As you may already know, I’m just coming out of a week of covid and I’m turning 26 tomorrow. During this period of isolation, I realized how special my 25th year has been… and how I couldn’t see myself celebrating this moment, by myself, eating a cake (that I won’t even be able to taste), without making this a special occasion. Because of that, I organized a virtual birthday party on Instagram where I invited Damso, Pomme and Tristan Salvati (my album’s director) and they all kindly agreed to come say hi. I want to thank all of them

My album Nonante-Cinq was supposed to be released on December 10th, but I’m tired of waiting and I want to shake things up, soooooo:

I’VE DECIDED THAT NONANTE-CINQ WILL BE AVAILABLE ON ALL PLATFORMS A WEEK BEFORE ITS OFFICIAL RELEASE !!!!!!

The physical versions (CDs and vinyls) however will be available in shops on the scheduled date, December 10. 🙂

They always say that the second album is the hardest. It is a very special experience, sometimes challenging, but overall, it was such an exhilarating process. Bigup to Tristan with whom I made this album. I hope you’ll enjoy listening to it as much as I loved creating it.

Earlier last month, she returned with the single “Bruxelles je t’aime”, an homage to her hometown. This is the first solo release after collaborating with the international pop star Dua Lipa on the infectious track “Fever” and their London-shot music video late last year. “Bruxelles je t’aime”’s accompanying music video shows the young artist in a train traveling from her current Paris home back, and back in time, to her birthplace.

Angèle’s rise in France is extraordinary (1.5M albums sold) but she remains the young woman who started in Brussel’s bars, playing on the piano and performing songs that were becoming famous on Instagram. She created her new album, which includes this first single, with Tristan Salvati, her acolyte since early days. The American mixer Josh Gudwin(Dua Lipa, Justin Bieber, J Balvin) joined the team to finalize the song’s production.

Besides working her music, Angèle is the face of Chanel’s 2021 Eye Makeup Collection and is an overall Chanel ambassador. Angèle is a bedroom music producer with an in-your-face “Do It Yourself” emblazoned on her oversized sweater. She writes her own lyrics, creates her own sounds, and hones a graphic feel that mirrors her own personal style: hard-hitting and direct. Angèle set up her own label (Angèle VL). Angèle is a spokeswoman for her generation, a feminist, fluid and all-encompassing, a pick-and-mix artist working in a world in which musical genres are a distant memory. Pop, rap and electro are all thrown into her musical blender.

Her breakout debut album Brol (2018, 1M sold in France, 500k in the rest of world) made her an instant, fresh Francophone star. The album title is a Belgian slang term that is particularly close to her heart.“I just wanted to have a Belgian word in my title, and this one always made me smile. Brol means mess or chaos, but it has a light, optimistic feel, it’s not a negative word at all. The word reminds me of my childhood and my country. I find myself spending less and less time in Belgium, so it feels very comforting to me.”

Born into a family of artists, Angèle has music in the blood. After studying jazz, Angèle began releasing covers of pop classics via Instagram and built up an incredible following. Free-spirited and independent, she goes against type time after time, sticking fingers up her nose and covering her hair in pasta. Her first three hits (“La Loi de Murphy”, “Je veux tes Yeux” and “La Thune”) serve as a refreshing introduction to her musical identity. 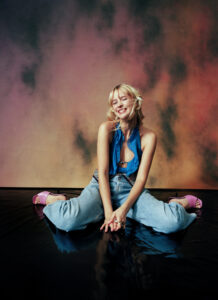 What to Know About Renting an Apartment in New Jersey

Everything You Wanted to Know About Renting in Texas