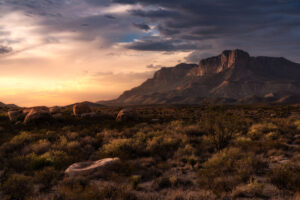 Texas has been a hot topic in recent years, with many businesses and individuals deciding this is the ideal place to relocate. However, for many, this state is a mystery besides what they’ve seen in popular media.  These are the top things you should know when you’re planning to rent in the Lone Star State!

Texas Is a Cheap State to Rent In

Apartments in San Antonio go for almost half the price as their comparables in Seattle, which means that you can save money and avoid having to stress about finding a roommate or downsizing from your needs.  Although there are still expensive portions of every city you visit, Texas is great at pleasantly surprising everyone who visits!

You Save Money From Income Taxes

Most states require you to pay income taxes on the money you make every month.  Fortunately: Texas doesn’t!  Because there’s no income tax in this state, you can save about five to ten percent of your paychecks that would otherwise be swiped.

If you want to get the most out of this, take the time to set aside this money every month to build savings from it.  This is especially powerful if you’re moving in from another state since you won’t even notice the money you’re setting aside missing from your main account.

Most Apartments Have Air Conditioning

Although there’s no law that states all Texas apartments have to have air conditioning: most rental units do.  This is extremely important to most renters because they don’t have to worry about overheating when the summers get hot.  The heat in Texas can’t be overstated.  Regardless of where you are in the summer, the temperature is guaranteed to break 100 degrees at least once a year, and the heat lasts for eight months of the year.

This isn’t for everyone: but thankfully, there are cooler apartments you can slip into to avoid these high temperatures.

They Aren’t Built For the Cold.

Unfortunately, most apartments in Texas aren’t built for the cold.  This is because freezes don’t usually reach this far south, and most of southern Texas sees less than an inch of snow every year.

Winters have been getting colder, though, so you must know what your future rental has in store for you.  Look for an apartment or house with central heating, and ask where the pipes are in the home.  If the pipes run through the attic, you’ll have to pay attention and ensure that you turn on the taps when the temperatures drop below freezing to avoid your pipes bursting.

Public Transit Is Only In Cities

If you plan on living just outside of the city to try and save money, you’ll quickly realize that you need a car for this to work.  Apartments in San Antonio may be gorgeous and inexpensive: but it’s hard to get into the city without your own vehicle.  In most of the major cities in Texas, public transit only stretches as far as city limits, hardly making it out into suburbs or boroughs surrounding them.

Is it Better to Rent a House or Buy One?