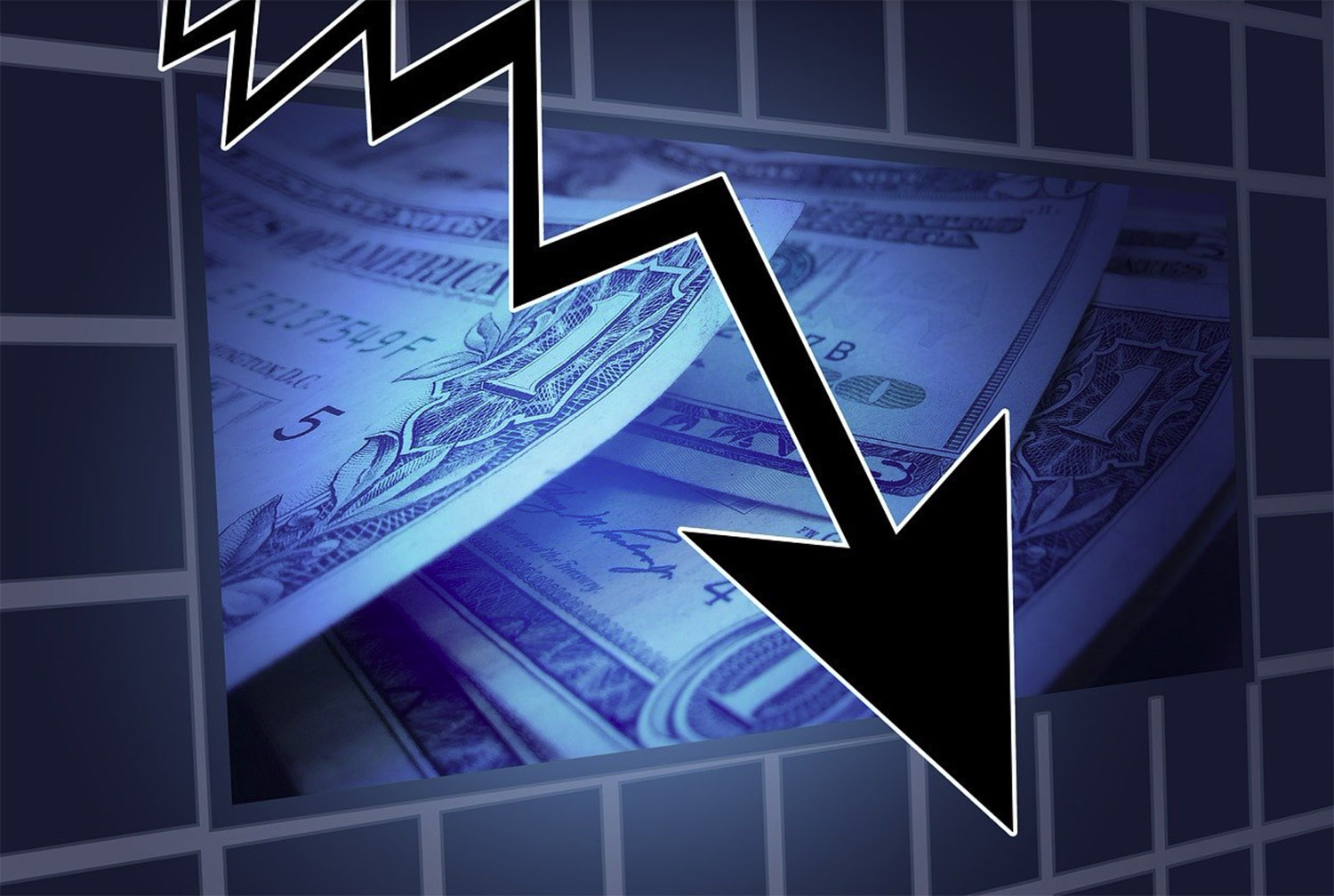 The global economy has been severely hit by the emergence and persistence of the Coronavirus. Its crippling nature has made it one of the most significant downturns in economies since the 1930’s Depression. Hikes in unemployment, and substantial reductions or the total loss of incomes, are prominent. In several regions throughout the US, you can clearly see how COVID-19 has affected home foreclosures.

Interruptions in the service, transportation, and manufacturing industries are some of the outcomes of governments’ resolve to mitigate the pandemic’s spread. This has led to tough times for the average citizens who have borne the economic downturn’s brunt. The reactive nature of most governments is indicative of their misgivings of the impact that Covid-19 would have.

Covid-19 and the economy

When the World Health Organization (WHO) finally categorized COVID-19 as a pandemic on the 11th of March 2020, there were already a total of over three million cases and 207,973 deaths in 213 countries. Not only had the crisis affected public health, but it had also begun to show signs of affecting the world economy. This was due to the mounting deaths, business shutdowns, trade disruptions, travel bans, and movement restrictions.

This global pandemic may be that “bolt out of the blue” that world leaders needed to increase the awareness and preparation for a synergized action for future cases. The data is there for all to see and has been around for years. Still, not much attention was paid to the economic and health costs of a potentially infectious disease outbreak until it actually happened. This was a clear failure on the part of governments to sufficiently invest and put preventive measures to allay the impact of such a pandemic.

It has now become clear that infectious diseases are global threats that require a collective response due to urbanization, globalization, and environmental change. In the developed countries of the West and Asia, there are measures to monitor health systems in real-time. This makes it easier to track and manage infectious diseases and improve public health. But the opposite is the case in developing countries across the world. This makes it a high risk if just a single person carrying an infectious disease crosses over from one side to the other.

Governments across the board must work together to set up structures and systems to strengthen laboratory resources and improve workforce preparedness in high-risk countries. This calls for donor support and funding for such countries. Besides this, there must be cohesion between governments, non-government organizations, and private firms to advocate, finance, and build technology platforms that will fast-track research on the pandemic to develop adequate responses to new pathogens that have the potential to become infectious diseases.

Additionally, all countries will definitely benefit from interactions and technological innovations such as contact tracing techniques and Quick Response (QR) codes to better manage the pandemic. As stated earlier, concerning Covid-19, the collective response and the adoption of preventive measures came a bit too late to salvage the situation as the pandemic had already spread globally by the time the WHO characterized it as such.

Beyond the considerable pressure placed on healthcare systems worldwide, the pandemic has had severe economic ramifications for the affected countries. Due to a huge death toll on the workforce and absenteeism, there has been a marked reduction in productivity, resulting in a negative supply ripple that is felt all the way in the global supply chain, leading to the closure of factories and industries.

A case example was China, whose production index in February 2020 dropped by over 54% from January of the same year. As if the production had not been battered enough, now consumer purchasing behavior has changed all of a sudden. But this was to be expected based on the reduction in income, household expenditure, and the fear of the economy collapsing.

The worst-hit sectors included tourism, transportation, and hospitality, which suffered huge losses due to restrictions on movement and travel bans. According to the International Air Transport Association, losses in airline revenue from passenger carriage alone are projected to surpass $300 billion. Some of the worst-hit sectors in the US include entertainment, sensitive manufacturing, travel, and transportation due to the restriction put in place for quarantine. As of April 11, 2020, the US’s adjusted insured unemployment rate had already hit a record 11%, a new high.

Aside from the clear health inequalities, particularly in countries that do not have universal healthcare coverage, the pandemic’s economic impact will be felt differently across the income brackets of various countries. In such cases, people who work in sectors that are not heavy-hit by the pandemic will transition to flexible working arrangements and still make some income. In contrast, those who work in retail, tourism, and transport will be heavily affected financially due to the restrictions in place to manage the spread of the pandemic.

The impact that the Coronavirus has had on the global financial markets cannot be overlooked. The sharp rise in cases and deaths in major countries such as the US, South Korea, Spain, Italy, Germany, France, and Iran coincided with the steep decline in oil and financial markets. From the beginning of 2020, the leading stock market indices of the US and Europe have lost up to a quarter of the original values.

The FTSE, Nikkei, and the Dow Jones Industrial Average have all seen steep falls as the cases of Covid-19 began to rise in the first few months of the pandemic. The FTSE, in particular, dropped by 14.3% before the year was over in 2020, making its worst performance since the 2008 economic crisis. Although some major stock markets in the US and Asia are beginning to recover due to the first potential vaccine’s announcement back in November 2020, the FTSE still has some catching up to do as it remains in the negatives.

Several countries have had their central banks reduce interest rates to induce borrowing and spending to keep the economy robust and tackle this negative impact. But economic analysts are concerned that the likelihood of further restrictions and the delays in vaccination timelines may lead to more market volatility this year. So far, the daily data on stock market volatility and the price changes are good signs of increased consumer purchasing and the confidence of businesses in the economy.

Impact on oil production and pricing

The oil price has continued to fluctuate during the pandemic and has mostly reduced, as, on 24th April 2020, it had declined by more than 65%. However, larger economic implications are linked to the current and future demands for oil. Due to a projected excess supply, prices were reduced significantly. If such low prices persist, many countries are hugely dependent on oil to make some gains and investments.

Impact on migration and jobs

Countries that depend on migration for labor have been hit hard. Studies have shown that migrant workers make significant contributions to the labor markets in the countries they move to. This helps to bridge the gap between high and low-skilled jobs. The ban on international travel will have a ripple effect on labor markets as there is no immediate consensus on when international travel will return to how it was pre-Covid-19. With the flow of migration limited, economic growths in some countries may be hindered.

Aside from this concern, many people have lost their jobs and income sources due to quarantine restrictions, the collapse of businesses, and layoffs. This has caused the unemployment rates in several countries to soar above acceptable levels. In the US, the unemployment rate has hit a year high of 8.9%, according to stats from the International Monetary Fund (IMF). This brings to a grinding halt, a decade of job expansion.

A considerable number of workers have been placed in government-supported job retention schemes to remedy this situation. There are unemployment insurance benefits for those who remain unemployed for no-fault. But the slots available for new jobs remain low in several countries. In Australia, vacancies are back up to the same rates as 2019 before the pandemic, but in other countries such as the UK, Spain, and France, job vacancies remain rare. Experts have claimed that it would take a few years before employment levels may return to the pre-Covid-19 era.

The Coronavirus pandemic has been disruptive, negatively impacted economic activities, and effectively unsettled the service and manufacturing industries. With financial markets still volatile, will this pandemic leave a lasting effect on the global economy, or will there be a massive turnaround shortly? Regardless of the outcome, it is clear that infectious diseases can potentially damage the global economy.

If there are any lessons to be learned so far from this pandemic, it promotes international collaboration and investment in vaccine development and distribution. Another thing that has to be done is to increase capacity building for developing countries to monitor the spread of diseases in real-time. It is time to be proactive to save lives and secure economic prosperity.