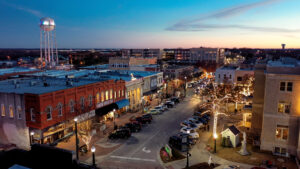 The Internet makes it easy for homes across the country to communicate with the outside world. It gives people access to the World Wide Web and a whole host of online services. Sadly, Internet access is not universal; some villages have little to no Internet provision.

You’re probably reading this blog post today because your community has little to no Internet provision, and it’s hampering communications with the outside world. As the leader of your village, you want to bring your community into the digital age.

With that in mind, here are some ideas you can consider to give your rural village the 21st-century technology boost that it needs:

There’s no denying that most people rely on their mobile devices to provide them with high-speed Internet access on the go. Some folks even use mobile broadband as Wi-Fi hotspots when they are traveling within the country or beyond borders.

However, you may not know that many rural villages like yours depend on mobile broadband for their Internet needs. That’s because existing telephone infrastructure might not be up-to-date and offer slow Internet performance similar to the days of dial-up Internet.

If you build a cell tower in your village, you can lease it to telecommunications companies that provide mobile broadband services. Take a look at this information on cellular tower rent rates to learn how your village could generate revenue from leasing the tower. 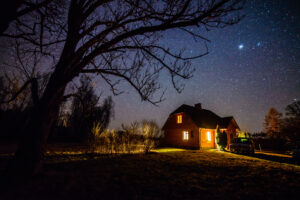 Another option for rural villages is satellite Internet. The process for having satellite Internet is the same with satellite TV: you have a dish pointed towards a specific satellite, and the digital information received gets decoded through a modem router.

When data gets transmitted, it gets sent through the modem router and the satellite dish. There are two ways that you can consider satellite Internet for your village.

The first involves each premises having its own satellite Internet equipment (dish and modem router). In contrast, the second entails setting up a large ground satellite and relaying the data via fiber-optic cables to each home and business.

The only downside to satellite Internet is that it’s more expensive than conventional broadband Internet and even mobile broadband after considering the cost of constructing cell towers in your village.

From there, the Internet connection gets relayed via a series of wireless repeaters and received at each home or business with wireless antennas or dishes. The concept is straightforward and works well for many rural communities.

The initial investment costs can be high. However, residents and businesses within the village can finally enjoy high-speed Internet access.

Rural villages often get left out of any telecommunications infrastructure upgrades due to the cost. As a result, such decisions can increase the digital divide. Thankfully, community leaders can take steps like those above to improve Internet access in their villages.

Thinking of Relocating to the South? 5 Cities Worth Considering

Keeping Your Fashion Fit And Organized

Benefits of Purchasing from an Online Smoke Shop