Fox News Channel Anchor, a man of many talents, living life to the fullest

Kelly Wright is best known for his work as a national news anchor on Fox News Channel. From an exclusive sit-down with First Lady Laura Bush to his series “Beyond the Dream” to being among the first reporters to cover the Abu Ghraib Prison scandal, Kelly brings the story to us like no other. And outside the newsroom, Mr. Wright wears a number of hats including recording artist, motivational speaker, published book author, columnist, and the list goes on.

MM: Tell us about your series Beyond the Dream on Fox News Channel.

KW: Beyond The Dream is a continuing feature series that seeks to inspire people to live their best lives now. It focuses on ordinary people who are making extraordinary achievements. Our Founding Fathers were visionaries and heroes. They dreamt big. And they set the standard for what we call “The American Dream.” Fox News Channel’s Beyond The Dream illustrates that America is a land of opportunity and the American Dream remains alive and is achievable.

MM: Who are some of the more notable people that have been featured in Beyond the Dream?

KW: LeBron James, Shaquille O’Neal, Bernice King (Daughter of Dr. MLK Jr.), Princess Zenani (Daughter of Nelson Mandela), Joel Osteen, Denzel Washington, Jeff Bridges and Roger Daughtry (The Who). In addition to their successes, they have endured their challenges and continue to provide hope and inspiration to the world.

MM: When working as a national news anchor what is your goal?

KW: As a News Anchor/Reporter my goal is to present the news of the world in a fair balanced manner. Also, in the course of presenting the news I always seek to provide information, insight, analysis and a better understanding of the world.

MM: You also write columns for Fox News Channel. Can you tell us about that?

KW: I wrote a series of columns called Soul Food. The weekly articles focused on examples of how faith played a significant role in the lives of countless Americans from all walks of life.

MM: We were told you served Our Country.

KW: I served in the US Army for four years. During that time I was fortunate to work as a print, broadcast and photojournalist. I remember how thrilled I was to report on Pope John Paul’s trip to Germany. It had rained really hard the day before he spoke in Mainz. I recall standing in ankle deep mud as the Pope spoke but I didn’t mind it at all.

I also had the pleasure of starting my television news career while serving in the Army. I wrote, produced and anchored a daily 5-minute news program on a local TV station in Savannah. The show focused on events and developments in the military.

MM: On The Huckabee Show on Fox News Channel, Governor Mike Huckabee actually told his viewers that he didn’t know why you were a reporter when you should be a superstar singer.

KW: Governor Mike Huckabee has always been so supportive of my music. He’s very encouraging. I always appreciate the opportunity to perform with him on his show.

MM: How did you get involved in singing?

KW: I started singing at 13 years old in my family’s church. I sang solos and performed with the choir. As a child I watched my mother perform solos in various churches. My mother had a beautiful voice. Hearing her sing inspired me to explore music. It wasn’t long before I started singing beyond the church, performing in various musicals in school, community and social events. Ultimately, it led to singing with numerous bands, becoming the opening act for various concerts, singing at the Apollo Theater in Harlem, headlining at The Cotton Club and recording.

MM: What is your favorite song that you have recorded?

KW: I have recorded two contemporary gospel albums. My latest, ‘Goodness & Mercy’, was produced and recorded in Nashville. My favorite song recorded is a song called, ‘It Could Have Been You or Me’. It’s a song that addresses the issue of homelessness. I wrote the lyrics of the song based on actual life experiences including my own.

MM: Who have you worked with musically?

KW: I have been fortunate to perform with or open for some great musical artists; James Brown, Bobby Caldwell, Shirley Caesar, Jason Crabb, Cissy Houston and more.

MM: Who are your favorite artists?

MM: Can you tell us about the Cotton Club?KW: I literally stumbled into becoming one of the headlining acts at The Cotton Club. I was a reporter at the time for WWOR-TV (Channel 9). I was doing a fun feature story on the Club’s history during Harlem Week, which celebrates Harlem’s legendary contributions to American music. During my report for the show, 9 Broadcast

KW: I literally stumbled into becoming one of the headlining acts at The Cotton Club. I was a reporter at the time for WWOR-TV (Channel 9). I was doing a fun feature story on the Club’s history during Harlem Week, which celebrates Harlem’s legendary contributions to American music. During my report for the show, 9 Broadcast Plaza with host Matt Lauer, I was given the opportunity to sing with the Cotton Club band. The performance went really well. The following week, owner John Beatty offered me a job to headline at his legendary club.

It turned out to be the best part-time job I’ve ever had. It was a thrill to perform at a venue that was associated with great stars like Duke Ellington, Lena Horne, Cab Calloway and Ella Fitzgerald. Each night that I performed I had to pinch myself to make sure I wasn’t dreaming.

MM: You are also a published author. Can you tell us about your book and what inspired you?

KW: I wrote ‘America’s Hope in Troubled Times’ during the deep recession in Our Country. I wanted to express my belief that even in times of great uncertainty Americans could rise above their problems through faith, hope and love. The book takes a candid look at politics, racial reconciliation and how faith plays a role in a world that’s increasingly more cynical.

MM: What are some of the charitable works you have taken part in?

KW: I have enjoyed working with the Boys & Girls Club of America, The New York City Rescue Mission which serves the needs of the homeless, mentoring/speaking to School children, and operated my own nonprofit mentoring group for inner city African American boys called Man Up! The program provided counseling, tutoring and field trips that motivated boys, ages 6-13 to focus on pursuing their dreams through education, character development and faith.

MM: Can you tell us about your speaking?

MM: What is your favorite word?

KW: My favorite word is “HOPE,” which I define as Helping Other People Excel.

MM: What is your favorite quote?

MM: How do you manage to wear so many hats?

KW: Life is short. I seek to experience as much of it as I possibly can. I hope to live my life in a way that allows me to use every gift that God has given me to live my best life now. 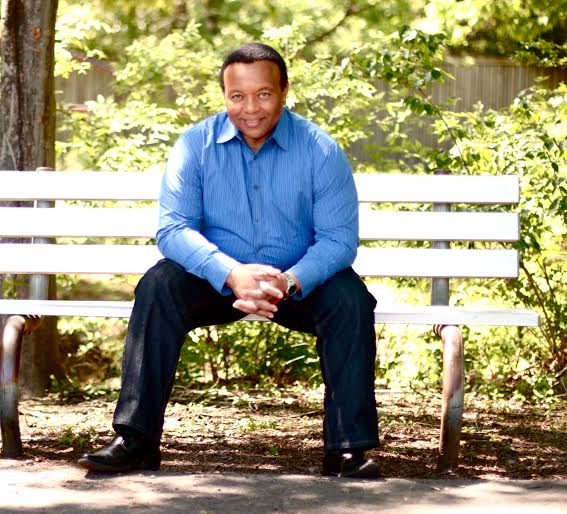 Do you really need a personal trainer?