Based loosely on the Irving Berlin-tune-filled film starring Bing Crosby and Fred Astaire, Holiday Inn which brought us the hit “White Christmas,” has arrived on Broadway in time for the season of celebration. The story of a couple of song and dance men – Jim played by Bryce Pinkham — (Tony-nominated for A Gentleman’s Guide to Love and Murder) and Ted played by Corbin Bleu (a tap-happy fellow best known for the Emmy-Award winning High School Musical franchise and his turn on Dancing With The Stars). Ted falls in and out of love with their leading ladies as he and Jim search for fulfillment on and off the stage. This production is laden with favorite songs and bubbles over with bold, show-stopping dance routines masterfully choreographed by Denis Jones. 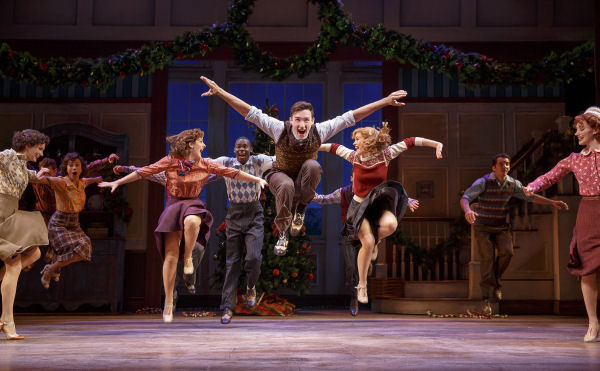 The plot revolves around Jim (Pinkham) who decides to abandon show biz and go off in search of those “Blue Skies” he dreams of finding on a farm in Connecticut. But he soon finds country life isn’t everything he thought it would be. As always there is comedy in “tragedy,” in this show comic relief in the face of Jim’s struggles to keep the farm going comes in the form of Louise, the wiley caretaker (played by Megan Lawrence), cracking wise at every challenge, buoyantly adding humor in between dazzling dance numbers. As Lila Dixon the glitzy, glamorous, gold-digging “star”, Jim’s former dance partner, Megan Skiora brings a glittering edge to this gloriously shallow, ready for the big screen character.

Though Jim encounters romance with the gorgeously-voiced Linda (Lora Lee Gayer), a school teacher with abandoned dreams of stardom, making ends meet as a farmer isn’t his calling. So he turns to his old show biz buddies (the talented ensemble of terrific dancers) and creates Holiday Inn where great performances will herald every Holiday. Over the top staging makes each Holiday a visual gift, fun, surprising and wonderfully entertaining. 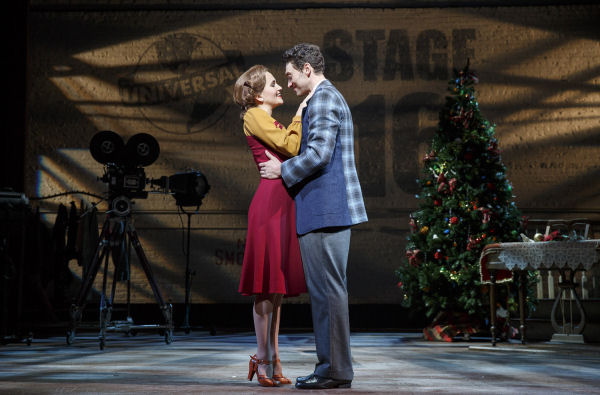 Life seems ready to run smoothly until Jim’s old partner shows up on New Year’s Eve disrupting all and setting the scene to reawaken Linda’s dreams and sweep her off to Hollywood. But no worries, there’s a happy ending as everyone finds a partner. The production is joyful, the costumes by Alejo Vietti sparkling, and the tunes familiar, making for a toe-tapping evening of entertainment and a delightful Holiday spectacle. 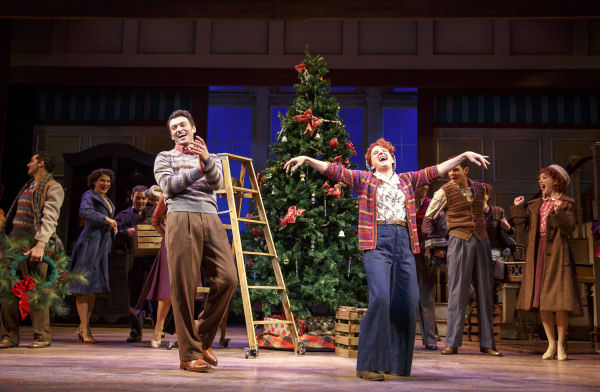 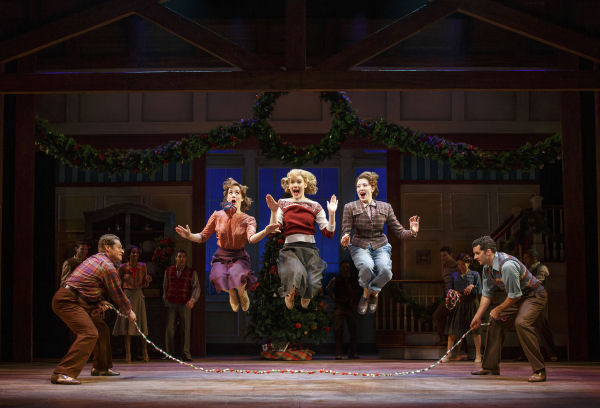 How to Decode the Nutrition Label

L.A.’s Bites & Pieces: The Brunch Bunch: The winter forecast for L.A. restaurants' reinvention of comfort food favorites is sunny side up!

0
Millennium Magazine December 4, 2016
No Comments Yet