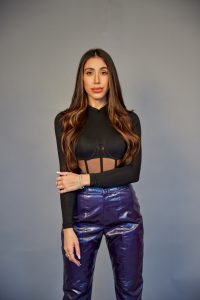 Born and raised in Los Angeles, Tara Electra, CEO of Unruly Agency, grew up in the digital age at the rise of the social media influencer phenomenon. Electra has proven herself as an indomitable force in regards to influencer activations, influencer marketing and social media management; working alongside top brands and talent. Tara is in the unique position of benefiting from the long-standing relationships she established with her clients before entering a professional affiliation, leading to a more cohesive and synergistic network. This perspective allows her to have a deeper understanding of clients’ career goals and best ways to monetize and cultivate their overall vision.

Electra’s intrigue with the evolving digital era combined with her entrepreneurial drive led her to explore innovative ways to monetize one’s social presence. She enthusiastically entered the industry after proactively reaching out to an influencer agency and landing the job. Tara’s natural talent and charisma allowed her to swiftly rise within the company ranks, most notably working on the successful influencer activation with Lyft, currently one of the most recognizable rideshare companies.

After years of experience and procuring a vast web of industry connections, Electra founded her first company, Electric Mind. The company mobilized within the festival realm to partner with clients such as Insomniac, Rolling Loud, Hard Summer, along with various activations at Coachella and other festivals. After advancing the festivals themselves and acquiring brand recognition, Electra ventured into sponsorship opportunities by collaborating with brands to integrate their products into the festival experience. 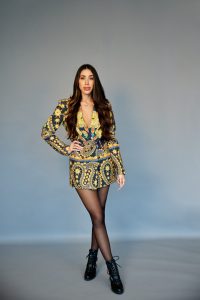 Recently, Electra recognized paywalls gaining momentum with the rise of subscription platforms such as Twitch, OnlyFans and Patreon. Tara instinctively identified it as the perfect method for influencers to monetize through connecting with their fans on a deeper level, thereupon, Unruly Agency was born. She worked with smaller influencers and had much success and ultimately grew Unruly through her network. Today Unruly Agency represents more than 100 models and influencers with a combined reach of more than 500 million consumers worldwide. Top clients on their roster include Tana Mongeau, Charly Jordan, Father Kels, Abby Rao and Gabby Epstein. Unruly has catapulted their talent’s careers by growing their audiences, building their brands, and as a result significantly increasing their incomes. Unruly believes in giving power back to influencers and not having to mold themselves to who a brand wants them to be, instead positioning the influencers as their own brands. Unruly also offers strategic brand partnerships with notable companies such as TikTok, Lounge Underwear, Soothe, various dating apps and the emerging rideshare company Alto. At Unruly, Electra is redefining the corporate space with its ninety percent female staff as well as making it a priority to hire employees with diverse backgrounds. She is passionate about giving their office environment, based in Los Angeles, a more laid-back feel and fostering a welcoming space employees look forward to coming to.

Tell us about yourself.

What attracted you into social media so early on?

Was there a key moment that you noticed an influencer could capitalize off their social platform?

How did the Unruly Agency come to be? How do you differentiate yourselves from other modeling and influencer groups?

As a businesswoman, starting new ventures must be nerve wrecking especially when you are a pioneer in the space and don’t have any business model to base your company off of. Was there a significant moment when you knew you were on to something, and business just took off?

Tell us about your role within the agency and the importance of having a predominantly female staff and talent roster? 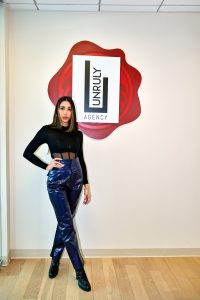 Unruly has helped catapult the careers of a handful of influencers by expanding their reach to broaden their audiences, how did you gain trust with influencers and models?

Who is currently on your roster of talent? And can we expect any type of division expansions in the future?

You’re a female boss and wear many hats outside of the agency. You recently launched a new app called Roll, can you tell us more about that?

Do you predict what the next big social platform is or which one will soon become obsolete?

What would be your 3 tips to an up-and-coming influencer trying to break into the market?

What can we expect next for you?

Where can readers follow you and stay up-to-date on Unruly?

Brush with Genius: Fini, the Latest Addition to the Artis Collection, Paints a Picture Perfect Complexion