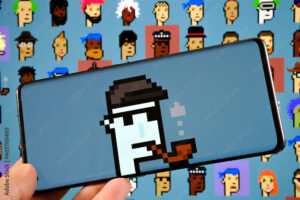 In less than a year, NFTs have grown from an obscure corner of the crypto universe into a mainstream obsession, driven in no small way by the music biz. At first, the projects tended to be simple, like Kings of Leon’s most recent album being sold as an NFT in March or Shawn Mendes’ digital recreations of personal items like his guitar in May. This fall, more ambitious NFT strategies have emerged — including NFT communities like Bored Ape Yacht Club (BAYC) linking up with industry giant Universal Music Group and mainstream hitmaker Timbaland. Let’s get into it.

Why it matters… What’s the source of all these Ape-themed acts? BAYC creator Yuga Labs has some serious music-biz muscle in its corner. In October, the NFT project signed with U2 and Madonna manager Guy Osearyto pursue music, TV, film, and other projects. Oseary, who bought an Ape of his own prior to the deal, is arguably the biggest player in artist management — his firm boasts an artist roster that ranges from Britney Spears to the Weeknd. Many saw the move as a sign that NFT communities will be an important part of the music industry’s future. Or as Celine Joshua, founder of Kingship’s Web3-focused record label puts it, “We’re literally inventing what’s possible in real time.”