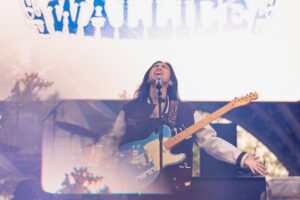 The independent All Things Go Festival celebrated its eighth edition, selling out at Merriweather Post Pavilion on Saturday, October 1st. The ever-growing music festival hosted more than 20,000 music lovers to extraordinary performances by a variety of artists, from the female headliners Lorde and Mitski playing the Pavilion Stage, as well as Bleachers (led by Jack Antonoff) headlining the Chrysalis Stage, who returned to play since their 2017 All Things Go debut. 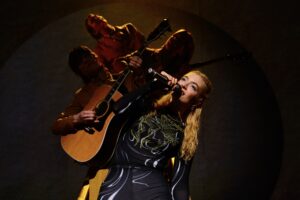 The stacked bill at the legendary Merriweather Post Pavilion, made it the must-attend independent festival on the East Coast. Concertgoers from more than half the states in the nation descended upon All Things Go last year, as well as international fans trekking to the festival. All Things Go prides themselves on booking artists early on in their careers, for instance Bleachers’ first ATG performance was 5 years ago, in 2017. The festival is known for curating a strong women-led bill, and the All Things Go 2018 festival spotlighted an all-female lineup specially curated in collaboration with Maggie Rogers and LPX (Lizzy Plapinger). 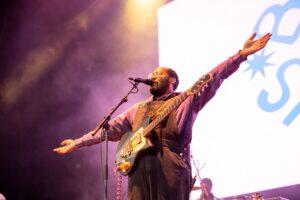 Besides the sold out music festival on Saturday October 1st, the All Things Go Creator Summit (Presented by SiriusXM and Pandora) was held for the fourth consecutive year on Friday September, 30th at Eaton Hotel in Washington, DC. 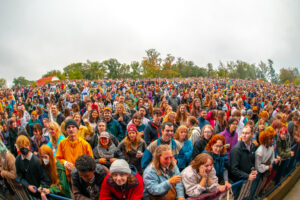 Previously The New Yorker’s Jia Tolentino, festival artist Maggie Rogers, Pitchfork Music editor-in-chief Puja Patel, and many others participated. In addition to the Creator Summit, SiriusXM and Pandora expanded their relationship with All Things Go as the official radio and music streaming partner of the 2022 festival. 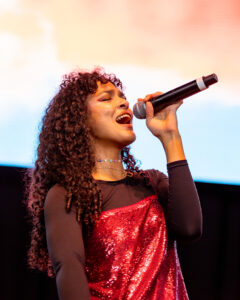 ABOUT MERRIWEATHER POST PAVILION:
Jimi Hendrix, Janis Joplin and the Grateful Dead played here! One of the few independently operated outdoor venues in the nation; Merriweather Post Pavilion is one of the world’s most beautiful and storied amphitheaters – nestled in 40 acres of forest, smack between Washington, D.C. and Baltimore. Rolling Stone, Billboard, Pollstar and USA TODAY all named Merriweather in the Top Three Outdoor Music Venues in the nation. The renowned architect Frank Gehry, who is best known for defying architectural conventions, designed Merriweather. The natural outdoor setting is one that can’t be matched. The fantastic sound system and large video screens make this amphitheater a favorite for bands and fans. Recent enhancements include new concession stands, skylawn seating (it’s grass, in the sky!), an enormous kitchen that prepares the most delectable cuisines from all over the world, a Music Pinball Arcade, award-winning sculptures and the tripling of restroom facilities.

The Best Methods for Eliminating Smoke Odor From Your Home

Christine and the Queens

5 Entertainment Options to Liven Up a Crowd