Known to Wrestling Fans as “All Red Everything,” the ‘Total Divas ‘ Cast Member Makes Her Crossover into Hollywood with Two Upcoming Feature films with Nicolas Cage.

If you ever wanted to ‘be like a girl,’ then Natalie Eva Marie is the one to look to for inspiration. With her strong physique, hard work ethic, desire to give back to the community, and appreciation for life, Eva Marie demonstrates what it takes to be successful through the journey of life. 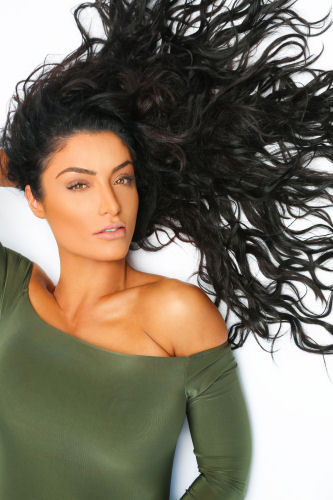 From her initial casting as a WWE Superstar and lead cast member on ‘Total Divas,’ three short years ago, Eva Marie’s life has been a whirlwind of excitement and opportunity. Crazy enough, becoming a wrestler was not her initial plan, in fact, she did not have any wrestling experience when she first auditioned for the role. After graduating from college with a business degree, Eva Marie decided to move to Los Angeles to ‘figure it out and find herself.’ After dabbling a little with modeling and acting auditions, she found herself at an open casting call for the WWE.

“I’ve already been on a ton of auditions already and I remember watching WWE when it was WWF with my brothers, back in the Hulk Hogan days. So I went to this casting and there were a ton of girls. I started doing a little bit more research with the WWE and thought, if I could get this job, it literally has everything I want to do combined in one,” recalls Eva Marie.

As a former athlete throughout college, Eva Marie found the WWE as an opportunity to compete physically, entertain a live audience, and partake in charitable organizations. She has since visited Afghanistan to see the troops, work for the Special Olympics, and partake in’ Be a Star’ rallies to name a few. It also gave her the ability to resurface the structure, competitiveness, and discipline that was already within her. 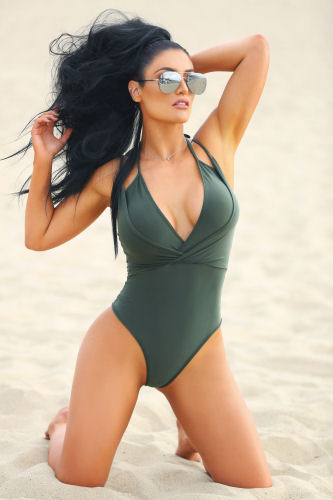 After a long and tedious series of auditions, Eva Marie was given a developmental contract. This is similar to the minor leagues of baseball, but rather in wrestling. After a couple of weeks of receiving this contract, Eva Marie received a phone call and was asked to partake in another interview which would ultimately lead her to the main roster of the WWE.

“That was a Friday, and Saturday I get a call saying, ‘You got the job. You’re going to be flying to WrestleMania on Monday, and you’ll be dying your hair.’ Monday came and I wasn’t really thinking about my hair. I have natural black hair. I was sitting in a New York salon and as they were stripping the color of my hair, I made a decision. I was listening to Rihanna’s album where she had that crazy bright red hair and I said, I’m going to go Rihanna red,” Marie explained.

Thus, “All Red Everything” was born. 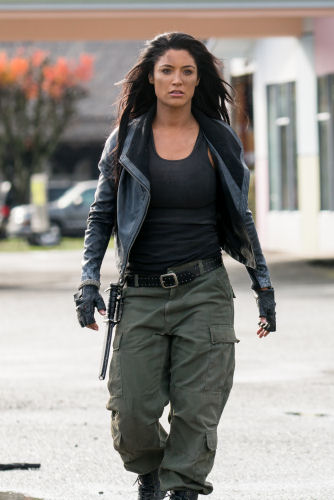 Eva Marie was quickly thrown into the wrestling ring where she performed her first WWE wrestling match on live television.

Marie reminiscences, “It was terrifying, exhilarating and incredibly fun!”

Eva Marie’s career was moving at a breakneck speed, much to the surprise of her ‘Total Divas’ cast members. Eva Marie understood their feelings, given the formidable nature of the industry.

“You have a lot of talent that works in the independent circuit and with WWE and the developmental program for a long time; sometimes they never make it up to the main roster. For me to get implemented immediately, that never happens. God looked out for me, because it just put me in the right place at the right time. I also wanted to show on ‘Total Divas’ that it’s not easy to be a WWE Superstar. You have to train extremely hard, and there is a lot of things that go into it,” said Eva Marie.

However, Eva Marie continues, “On the flip side, you can’t ever fault somebody for seizing an opportunity. My motto is, ’It’s all about the person.’ As long as the person is a good person and has a strong work ethic, treats other people with dignity and respect, I’m all for it.”

Opportunity came her way once again when Eva Marie had the chance to meet Dwayne Johnson, aka The Rock. Eva Marie wanted to mirror Johnson’s career from his transition from wrestling to film.

“That’s the plan! When I came into the WWE, after a few months I told my husband that if I can emulate The Rock’s career, that would be a dream of mine”

After a brief introduction with Johnson at an event, Eva Marie thought to herself, how she would love to have Johnson’s team represent her as well. As luck would have it, this soon became a reality. Eva Marie met with Johnson’s agent, Brad Slater from WME, and manager, Dany Garcia from The Garcia Companies, and they instantly connected. This new partnership led Marie into her first feature film ‘Inconceivable’ starring Nicolas Cage, Gina Gershon, Faye Dunway and Nicky Whelan. 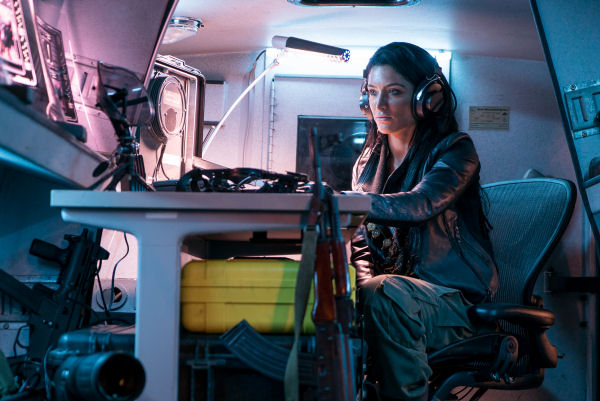 “Everything felt awesome. I had already been auditioning. Every time I came off the road, I would audition for certain things. Nothing really hit. This one (‘Inconceivable’) I fell in love with the script and hoped it went through.”

Eva Marie adds, “After I got the part, when I got on set, I was a bit nervous. Not only was this my first feature film, but I was going in there with big time actors and actresses. Academy Award winners!”

Eva Marie’s nerves were quickly calmed after speaking with Nicolas Cage who quickly put her at ease when he displayed excitement on meeting her and explained how his son was obsessed with the WWE.

“Talk about somebody that is just so cool and helpful, I can’t say enough nice things about Nicolas Cage.” 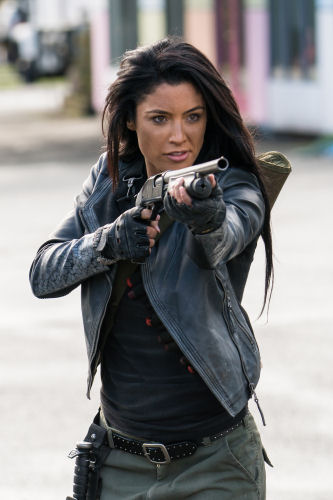 Eva Marie describes the film as a female thriller. She plays the character of “Linda” who has a rather unique and intriguing relationships with characters “Angela” (Gina Gershon) and “Katie” (Nicky Whelan). The drama within the film is sure to keep you at the edge of your seat. Filming was wrapped in November and the film is set to release next fall.

Just two days shy of completing the filming of ‘Inconceivable,’ Eva Marie received word that she was booked in another movie with Nicolas Cage. ‘Action #1’ is a comedy based on the true story about Cage’s comic book that was stolen and worth $2.5 million. Eva Marie stars as a tough, bad-ass, bounty hunter on the search for the nerdy thieves who stole Cage’s comic book.

“I was so flipping excited I could not believe it and just prayed, ‘Wow, God is truly amazing,’ and to have back to back films that include Nic Cage is just insane. So once I wrapped ‘Inconceivable’ I flew back home for 24 hours, gathered more clothes and then was off to Vancouver!”

As Eva Marie’s success continued to grow, she recognized the ability to use her platform to reach young girls and women in a positive state. Recently she created ‘NEM Fashion’ which is a clothing line that she started with her husband Jonathan Coyle and business partner Janet Tran. Through the sales, proceeds are donated to the ‘NEM Foundation’ which raises money towards boot camps that Eva Marie participates in and teaches girls about having a healthy lifestyle both physically and mentally.

Eva Marie takes her experiences with the WWE and shares it with others in hopes of making a positive impact.

“Becoming a WWE Superstar, I went through so many trials and tribulations that would blow your mind, but it has shaped me into who I am. Instead of the time in my life of being a little embarrassed or ashamed, now I see that as a part of my story to relate to other women’s stories. It’s disappointing when women don’t embrace one another and uplift each other, whether for family, career or anything else. At the end of the day, we have no idea what each person is battling at home, in their life, and what they have already gone through. I think it is important to share that and support each other,” explains Eva Marie.

With her husband as her biggest supporter, Eva Marie has a strong marriage and partnership.

“He is literally my number one! Always there to keep me going and remind me what’s really important.”

Maybe he will be willing to get Eva Marie that third little French Bulldog that she wants for Christmas to join He-Man and Mini!

The future looks bright for Eva Marie. Perhaps a WWE ‘SmackDown’ Women’s Championship or Academy Award may be in store for her!