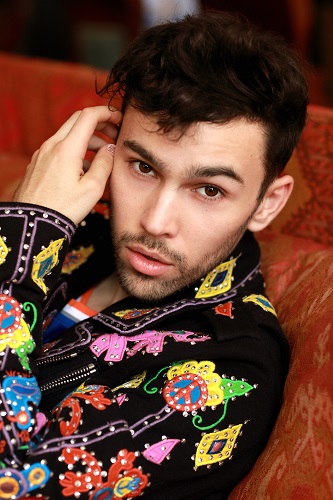 From his Dolce and Gabbana modeling campaign with Madonna to reaching #1 on Billboard’s Emerging Artist chart, MAX is wowing the world with his sultry voice and gracious attitude!

Once you meet Max Schneider (known as ‘MAX’ to his fans), one can’t help but feel his overwhelmingly positive energy. With his ruffled hair, lavish clothing and million-dollar smile, MAX is a superstar in the making. His affable personality and willingness to share his life experiences with the world makes him someone who you’d want to be close friends with. MAX arrives at the interview with his supportive wife Emily, who shares his enthusiasm and fashion sense.

A Hell’s Kitchen native, MAX’s album is fittingly titled “Hell’s Kitchen Angel.”  An angel, he is indeed. Growing up in New York City, MAX discovered at a young age that he wanted to be a performer. He caught the music and acting bugs at an early stage of his life by watching and listening to a variety of musical artists, ranging from Broadway performers to street musicians. He has since been determined to follow his passion; that is, creating music.

As a young boy, MAX sang and danced on his living room table in his underwear and ran on the streets of NYC with his ukulele.  With his family’s unwavering support, he started his journey of making music by playing the piano, and eventually reached the destination of his current, resounding success. 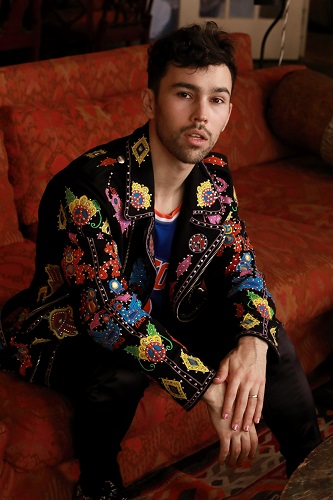 At the young age of 25, MAX has quite an impressive list of experiences in the entertainment world.  He starred in the Broadway musical, “Thirteen, a New Musical” alongside Ariana Grande and Liz Gillies. This paved the way for Nickelodeon’s teen sitcom, “How to Rock” and the Nickelodeon original movie, “Rags,” both of which had musical foundations. He made his first television appearance on the television series, “Law & Order: SVU.”

“It was great seeing Mariska (Hargitay) and all, I’m still a massive fan. I watch them on airplanes and everything all the time. SVU was an amazing way to start the whole TV thing,” MAX said.

As MAX journeyed to the success he was destined for, he found himself in the presence of celebrity and musical giant Madonna. As a teenager, he had a unique opportunity to be in a Dolce & Gabbana campaign with her. 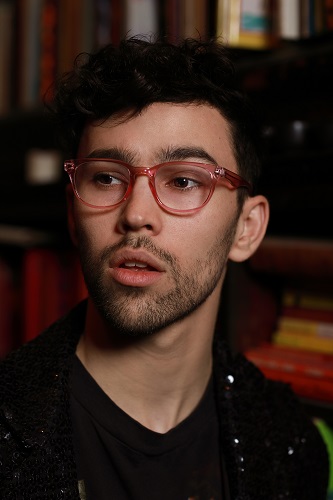 MAX recalls, “It was very random, honestly I took this random acting class.  The class sent me in for this modeling thing, and I’m a very fun-sized person so modeling was never really a thing that I was into, but I went in, took some shots for it, and I didn’t get that one gig, but they were like, ‘hey, we might send you out for other things we think you might be right for.’  So I go in for this random Dolce & Gabbana audition and there are all these busky Italian men, and I’m like, ‘All right, I’m not going to get this, but thank you for sending me.’  They literally took three Polaroids of me. I leave and I get a call on Tuesday, I’m literally in high school in class and they said, ‘hey, you got this job tomorrow, but there’s one other boy who also got it and they are going to choose between you and him when you get there.’  I didn’t think it was real still, until I showed up in Harlem and literally nobody spoke English, and it was like Men in Black style security everywhere.”

After waiting for 5 hours, MAX was informed that he was chosen for the shoot. Then, in walks Madonna herself. “We do this shot where she teaches me how to dance. She is supposed to be my mother and I’m supposed to pretend that I’m really not into her teaching me how to dance,” MAX explained.

MAX was originally meant to be in one shot only, but Madonna and Dolce & Gabbana were so impressed with him that they used him for the entire campaign. When he and Madonna took a shot outside walking and holding groceries together, they were bombarded by paparazzi and a large crowd. The very next day, MAX found himself in the tabloids; he was penned as Madonna’s new “boy toy!” 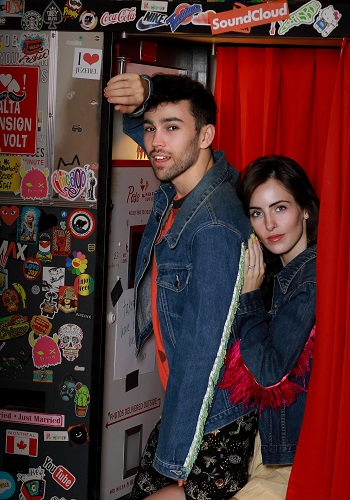 MAX never imagined he would model alongside Madonna for one of the world’s most renowned fashion designers. “It was a valuable lesson that you never really know what to expect and you have to have a pretty open mind, even if your expectations are low.”

MAX continued his journey in LA with the support of his mother, who drove him to his auditions. He was not allowed to release his own music during the tenure of his contract with Nickelodeon, but he found a loophole in that contract where he could legally release covers of songs on YouTube. Along with his friend, Kurt Schneider (no relation), he created his own YouTube channel and used it as a platform on which he shared his musical talent with the world. He spent this time learning everything there is to learn about music production. That way, when the time came for him to release his own music, producing it was second nature to him.

MAX was signed by the record label DCD2 Records (formerly known as ‘Decaydance’), an independent record label owned by Pete Wentz and Patrick Stump, two band members of the band ‘Fall Out Boy.’ “When Pete wanted me to be part of the label it was really special. And they’re all fun-sized too, which I didn’t know until I met them!” He went on to tour with Fall out Boy and Wiz Khalifa. 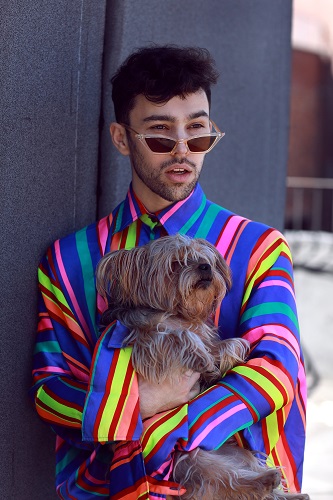 A big part of MAX’s success can be attributed to his values. He lives by the values of acceptance, diversity and authenticity. He has a tattoo of a pitchfork symbol on his arm that he shares with his father; the symbol represents acceptance and love. Many of his fans have tattooed the same symbol on themselves.

“It’s just the remembrance of the diversity of this city and the people that are part of it, and that second nature of just knowing that it should be normal for people to be who they are and love who they want to love. There are so many terrible things in the world we should be focusing on, and people loving who they want to love should not be one of them.”

Though MAX has traveled around the world and has sang, acted and bonded with his fans, his single greatest experience in his life was marrying Emily two years ago.  “Marrying my wife, it changed everything. I became much less fearful of things and much less fearful of what other people think,” he said, “and when we have our baby, that will be our next greatest experience.”

MAX’s love for his wife was expressed with his hit song, “Lights Down Low,” which he wrote and sang to her as he proposed. “I just wanted to write something for her and I wanted it to be authentic to our own story and special,” he explained. 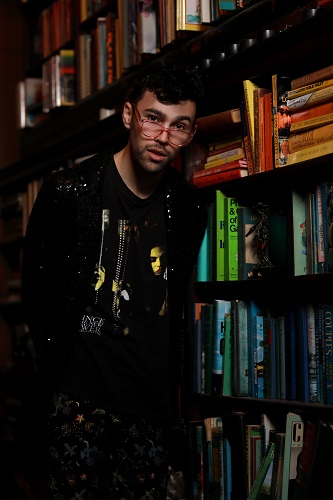 MAX had the opportunity to sing “Lights Down Low” on ‘Good Morning America’ for the first dance of a couple who were married on air. Many others have reached out to MAX, informing him that the song was their wedding song as well. “Those are the moments that you realize that’s why you do music.  It’s not for the numbers or the money. It’s always those moments when someone says, ‘this music helped me in this way’ that matters most.”

MAX’s most recent single, “Team,” was recorded in collaboration with singer Noah Cyrus. This song centers around being with those who mean the most to you. “It’s your team against the world, it’s your family, your people… because in the end, it’s us. Who else are we doing this for?”As MAX continues writing and sharing his heartfelt songs, he hopes one day to collaborate with all-time musical greats such as Stevie Wonder, Billy Joel, Elton John, Mick Jagger and Justin Timberlake (he’s a self-proclaimed NSYNC “fangirl!”)

To date, MAX continues to tour the world. He considers NYC his favorite location. Amsterdam is another favorite of his, as it was where he held his first show that sold out. “It was the first time I had a show truly sell out in seconds and it was very humbling. It was beautiful to be in a place I’ve never been to in the world, and people are listening there, and they’re willing to buy tickets to my show. That show ended up being one of the most special. It was also the first place where I played ‘Lights Down Low.’”

When he’s not establishing a global presence with his music, MAX indulges in his obsession for chimpanzees and monkeys.  He met a chimp named Limbani in Miami and received the best hug from him in his life. “Limbani’s got a pretty popping Instagram. He’s a very adorable chimp. I don’t know what it is. I think it’s ingrained in my blood I see a chimp and my heart sings,” MAX said, as he laughed. 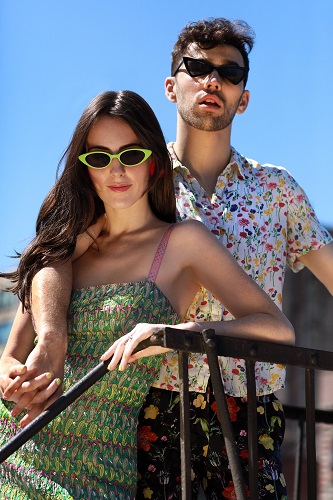 One of MAX’s multitude of talents is that he does a stellar Elmo impersonation. You can see a video of him doing so on Millennium Magazine’s social media pages.

Though producing and performing music is in his soul, MAX understands the sacrifices that need to be made to become a successful recording artist.  His goal is to be able to balance his career and family life. “A healthy relationship, being able to spend time with my kids, still get to play my music and I’d love to headline Madison Square Garden, those are pretty much my main goals. The rest, the fame and all that stuff, I’m good.”

With all that said, MAX is undoubtedly a special “Hell’s Kitchen Angel.”

MAX is currently on his House of Divine World Tour Part 1 with special guests Nina Nesbitt and Bryce Vine.  Tour dates and ticket information can be found at MAXHellsKitchen.com.

Be sure to check out his newest song and video “Still New York” featuring Joey Bada$$ on YouTube and Spotify! 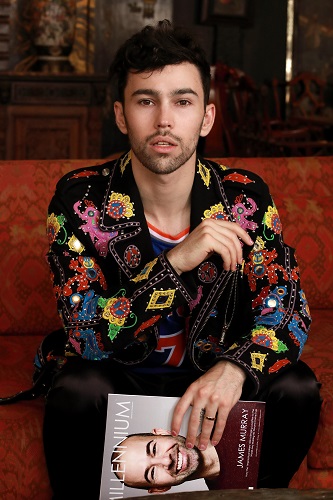 Luxury By The Ounce: Tellers: An America Chophouse, Islip, NY

Where to Visit in China? Hangzhou Is Your Perfect Destination