IN TRANSIT is a New York City commuter’s dream. A condensed version of time – set on the NYC transit system – that tells familiar stories about some of today’s most poignant relationship issues in the most glorious musical way. Not once does a musical instrument replace the sounds created by the human voice in this a cappella musical that never stops moving – or grabbing your hand, your heart, to bring you along for the ride. 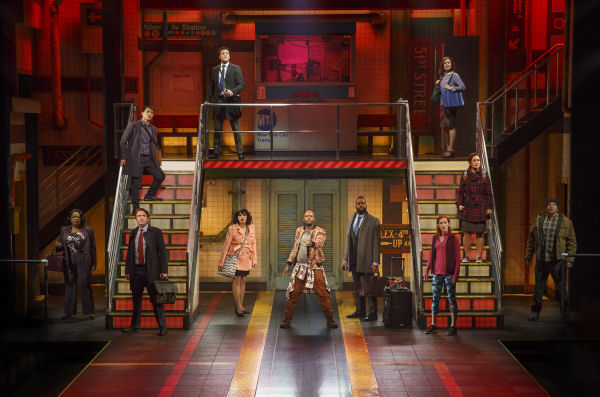 It’s all about getting there. Literally about life in transit as experienced on the NYC subway system: The short stops jerking you about, the long smooth rides leading to a joyful destination, the OMG my stop is here let me get off asap…the vital rhythm of riding the subway becomes the subject of one of the most fun musicals ever. True that there are a ton of insider jokes known only to native New Yorkers but there is a delightful narrative to speed the story – stories I should say – as IN TRANSIT shares the lifelines of NYC –11 New Yorkers, partners in search of the perfect partnership.

The a cappella score for IN TRANSIT was created by a team including the creators of Pitch Perfect and Frozen. With humor and pathos the music takes you on a journey side by side with people hoping to catch the express train to their dreams—including the stops they make along the way. 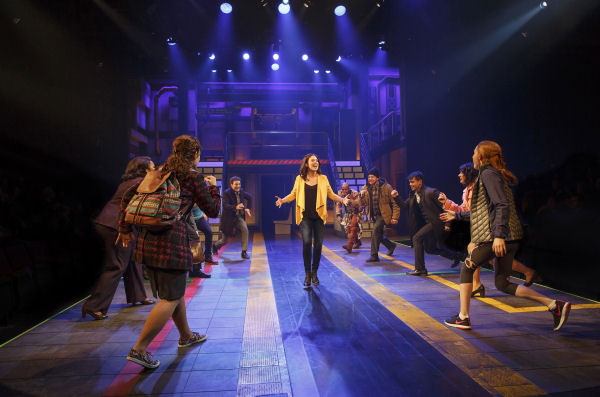 Modern yet timeless, IN TRANSIT is a story about all of us, set to music that will stay with you long after the ride is over. With a book, music and lyrics by Academy Award winner Kristen Anderson-Lopez (Frozen), James-Allen Ford, Russ Kaplan and Sara Wordsworth, IN TRANSIT is directed and choreographed by three-time Tony Award winner Kathleen Marshall (Anything Goes, Nice Work If You Can Get It). 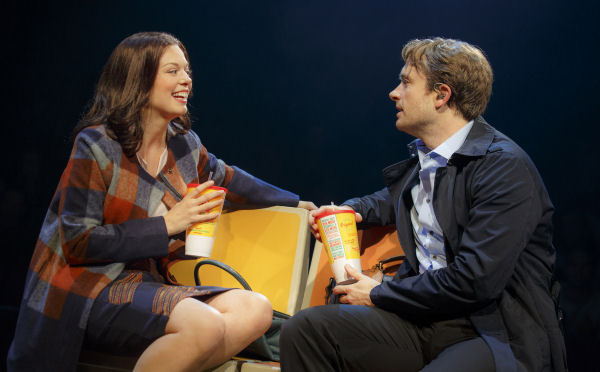 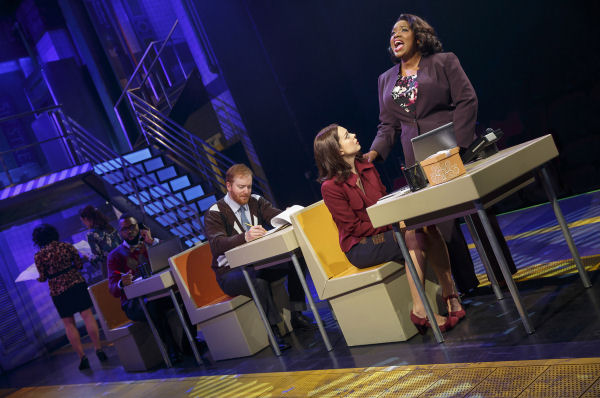 0
Millennium Magazine January 9, 2017
No Comments Yet