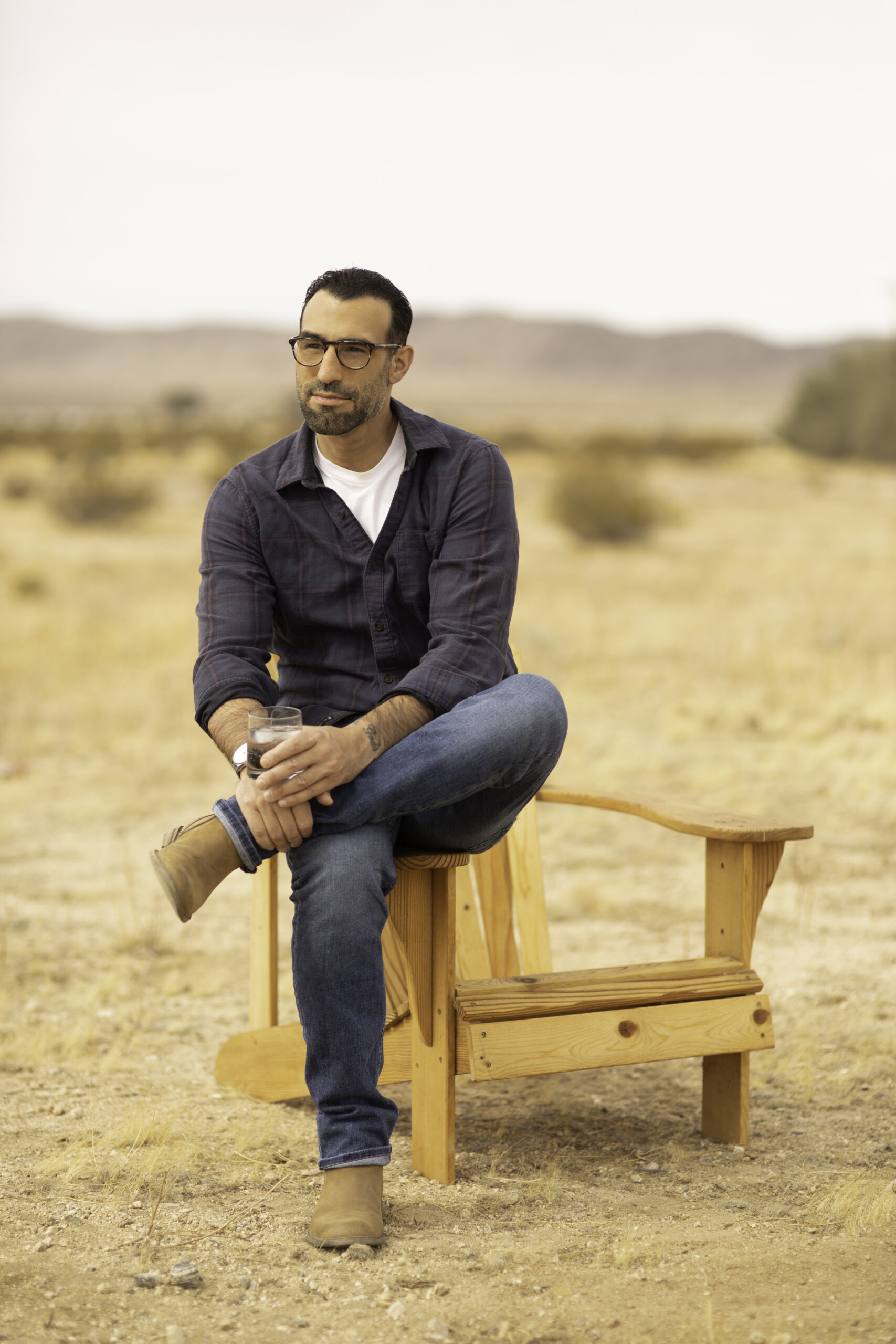 “When I considered the kind of place I would want to take my girlfriend for the weekend, or where I would send a couple to reconnect with one another, I had a ‘Boho chic sensibility with Los Angeles glamour’ in mind,” affirmed Joseph Grimaldi, who conceived the four bedroom/two bath Sun Mesa Sanctuary in Joshua Tree–up the road from Palm Springs and Indio–as the ultimate private desert destination, especially for travelers who have missed the “hippie chic” element of the Coachella Valley or the summertime music festival scene during the pandemic. As one who thoughtfully shares credit with others who support his vision, Grimaldi expresses gratitude to real estate agent Bryce Cano, who helped guide him to the property through Compass and manages it through Hygge Home Rentals. 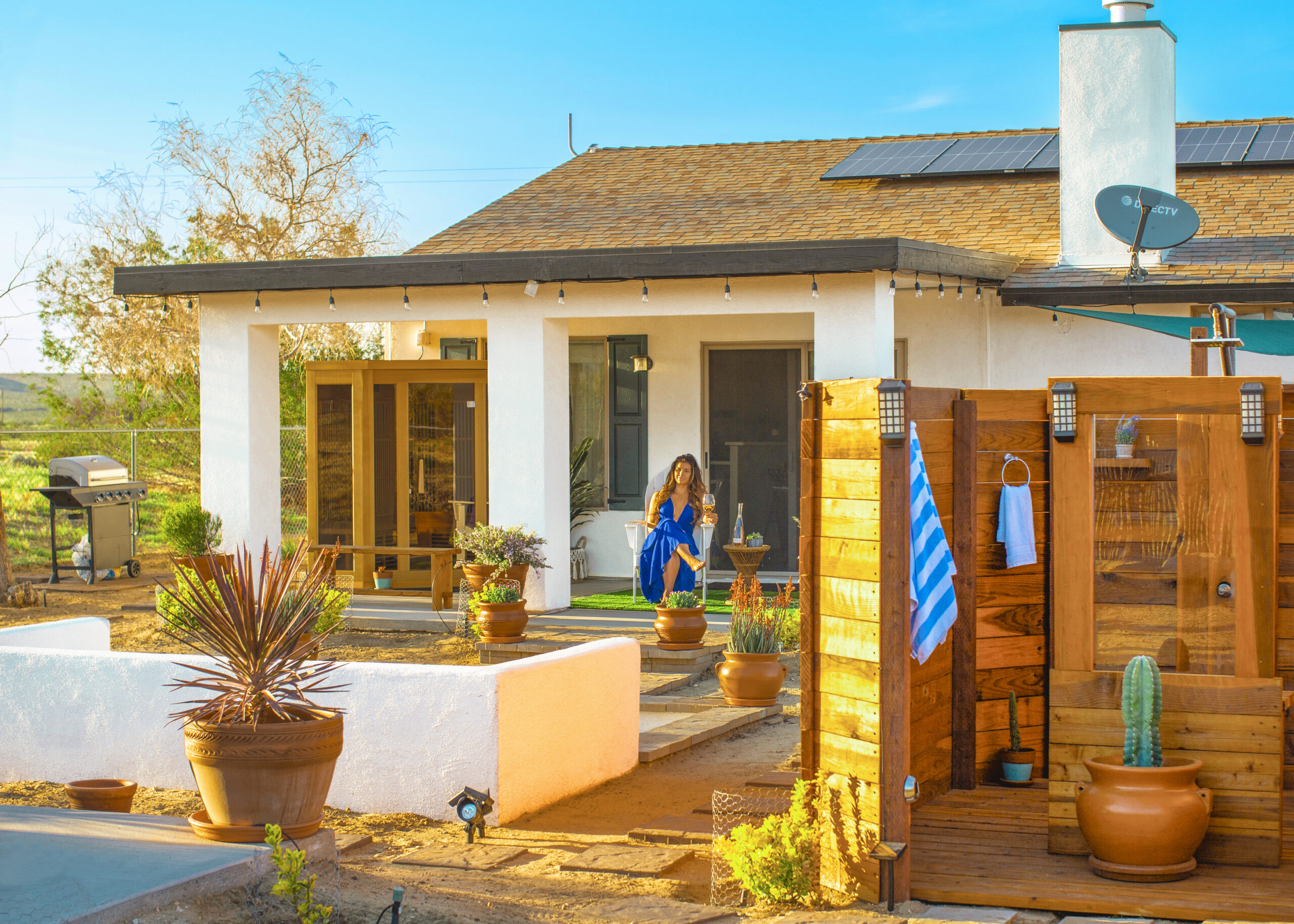 Before venturing into the world of real estate and luxury rentals, Grimaldi made his name as a professional ice hockey player who helped drive the United States National Team to a Silver Medal in the 2004 IIHF U18 Men’s World Championship in Minsk, Belalrus. In his professional career, which started in 2005, he played for organizations like the New York Islanders, Colorado Avalanche, San Jose Sharks, Ottawa Senators, Carolina Hurricanes, St. Louis Blues, and Buffalo Sabres. Grimaldi, spent the last couple of years of his ice hockey career overseas playing in countries like Norway and Italy.

After his retirement from hockey in 2015, Grimaldi (who holds citizenship in the United States, Malta and Italy) scored an impressive number of goals in the business and real estate arenas. After completing his bachelor’s degree at the University of Nebraska Omaha in 2017, and making his mark working at Porsche AG, he saw his life’s path leading away from the ice rink and, ultimately, into the sunshine.

“I am forever grateful to the Pittack Family, and now close friend and mentor Mitchell Schneringer for giving me the opportunity with Porsche,” he continues. “Working for Porsche gave me the foundation to change my identity from a professional athlete to a business professional.”

After Porsche, Grimaldi worked for top medical companies like Stryker Orthopedics, Paragon 28 and Smith & Nephew, providing him with the skills and business acumen needed to steer himself toward entrepreneurship. First, he founded and acted as Distributor Principle of Cutting Edge Surgical, a Los Angeles-based company in the medical device space. His clientele included elite surgeons like Craig Ziering (a highly regarded hair surgeon in West Hollywood), Ashkan Ghavami (a noted Beverly Hills plastic surgeon) and Los Angeles traumatologist James Reid.

From there, he found a new professional home in 2019 through luxury real estate and rentals. He regards his Sun Mesa Sanctuary (which he currently owns, in conjunction with JCG Properties, a California based real estate development company focused on both residential and AirBnBs in Palm Springs, and the high desert) as his crown jewel. As he developed the unique look and layout for the property, Grimaldi set out to stir the senses, as well as provide guests the ultimate comfort and style, during their desert getaways. Furthermore, should his vision of a haute hippie haven inspire you, he adds that he can help you build your future investment property in the Coachella Valley at an affordable price. 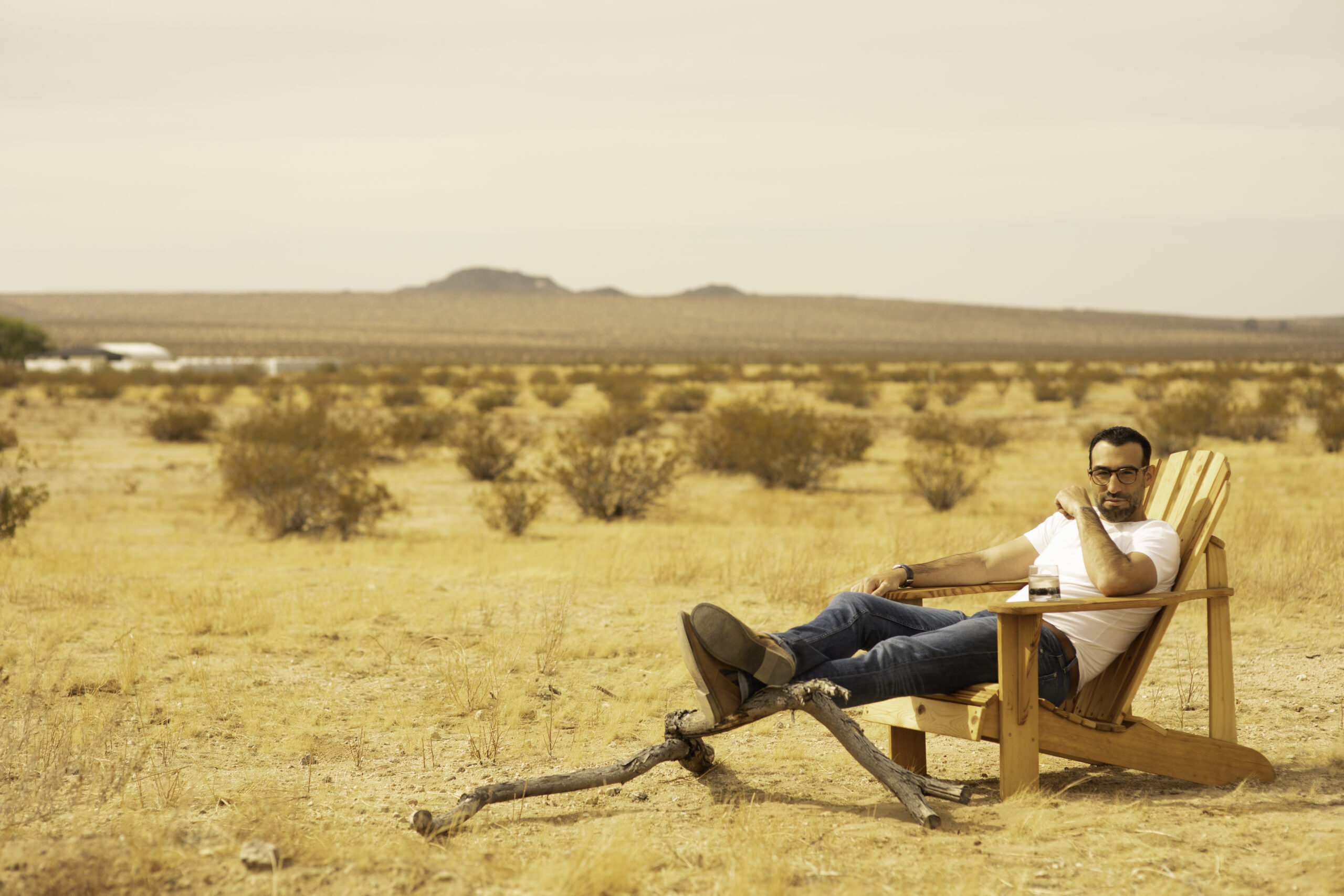 Drawing inspiration from his journeys around the world during his professional ice hockey career, the Queens, NY-native brought his vision of a modern desert paradise for Sun Mesa Sanctuary to fruition with assistance from interior designer, Maura McDonald, and close friend, Brien Cruz, who helped with the landscaping.

“Looking at the finished product, I realized it was possible to bring my vision to life, which was somewhat surprising because at the end of the day, I am just a kid from Queens,” Grimaldi affirms. “Joshua Tree is a place of reconnection and rebirth, and I initially went there to reconnect with myself after my father’s passing in 2018.  During my visit, I had a dream about creating the perfect retreat and escape that would be effortless and exciting for my guests. My father, Anthony Grimaldi, who played in the New York Yankees organization in the 1970’s, and was a fan of the movie Field of Dreams, truly believed that if you build something amazing, they will come…and as always, my father was so right.” 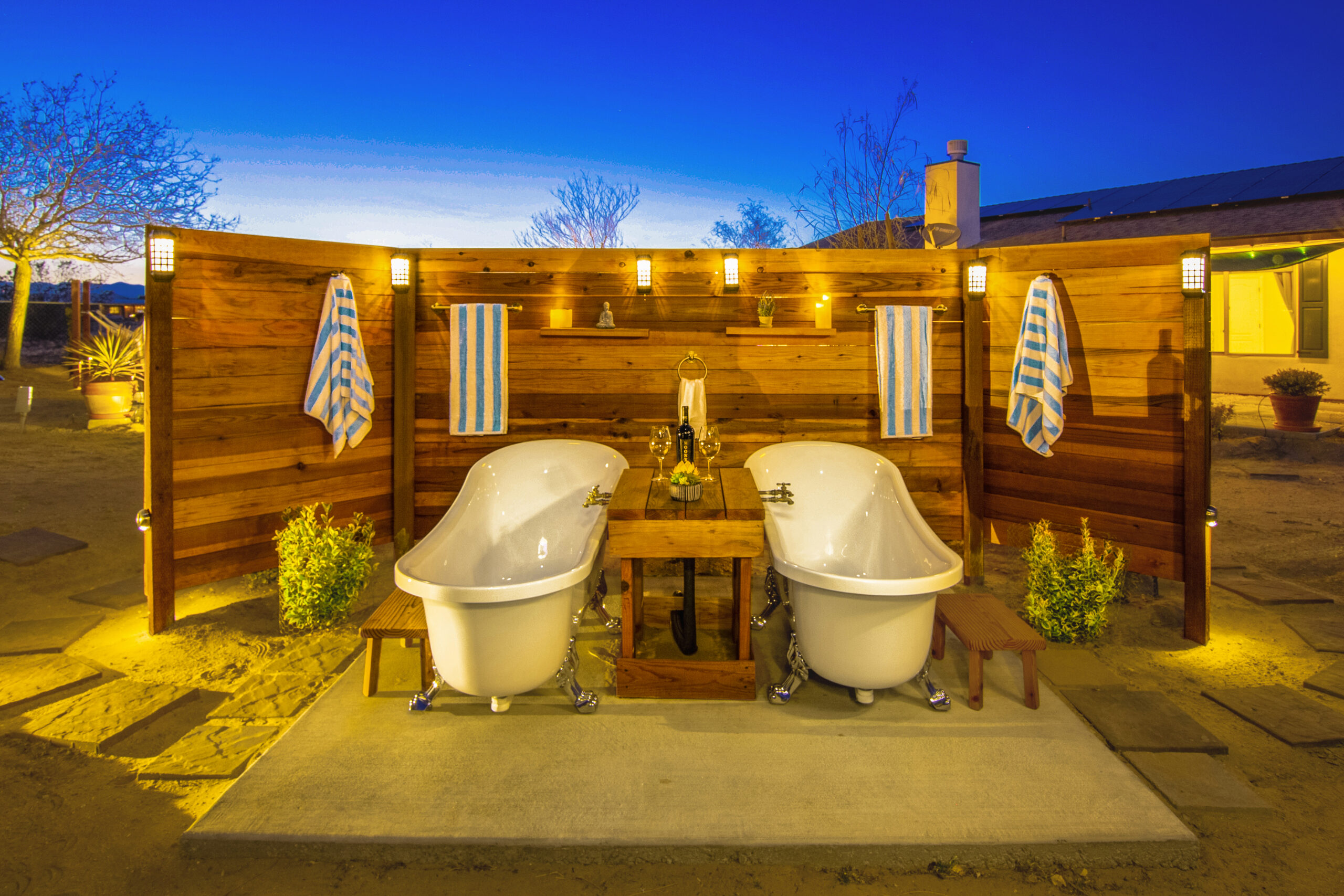 The bedrooms, main living/dining room and kitchen (designed and outfitted by Grimaldi) tap into a vibrant, updated mix of Old West, Native American and Southeast Asian design elements. Guests can luxuriate in the outdoor double tubs or spa while staring at the snow-capped mountains at distance, or enjoy a nice relaxing soak in the five-person spa. To end the night indoors, enjoy a fully-loaded game room with a ping pong table, poker table set, Golden Tee arcade game, darts and foosball table. Grimaldi’s attention to detail is second to none as the amenities offered at this property truly take your desert stay to the next level. 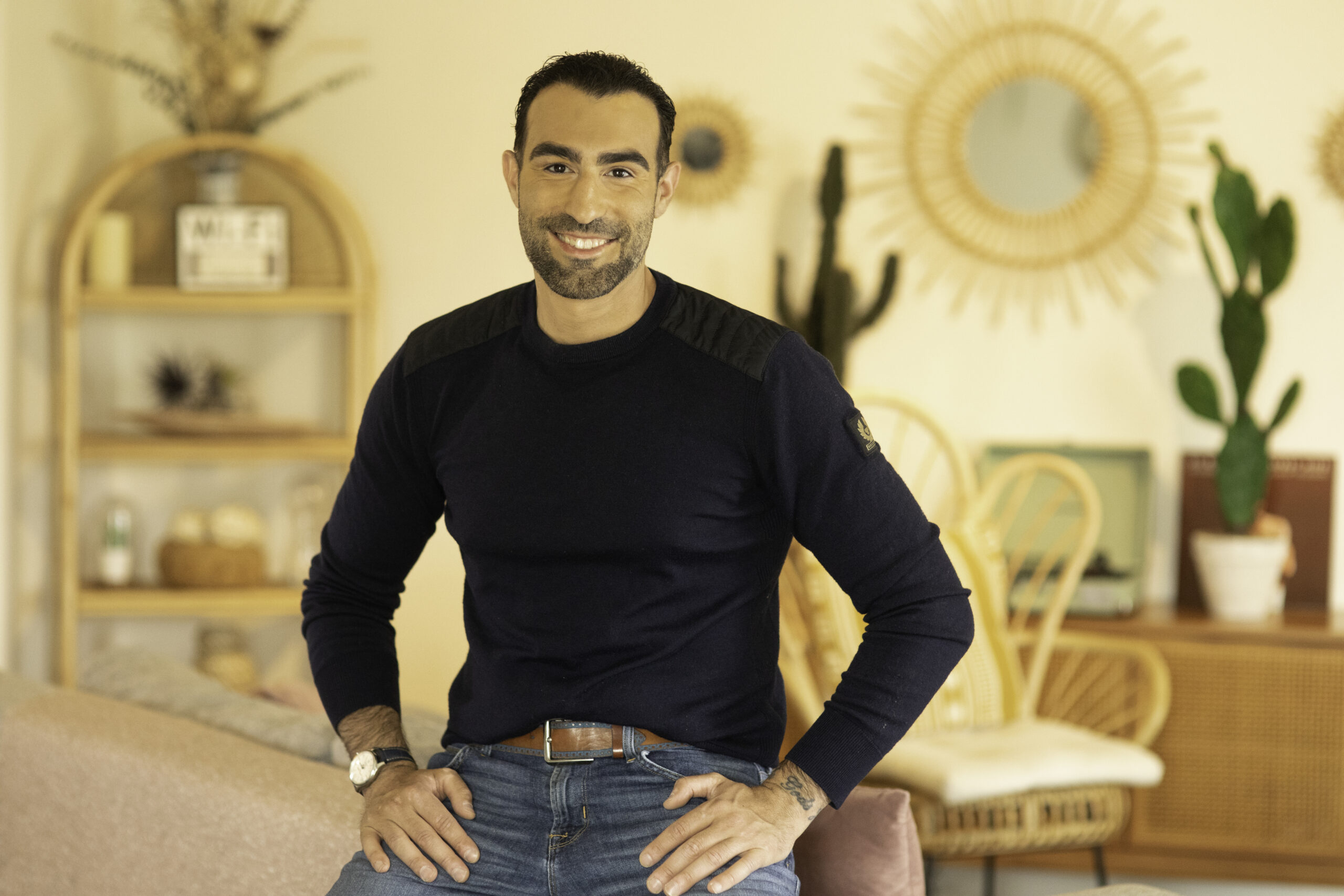 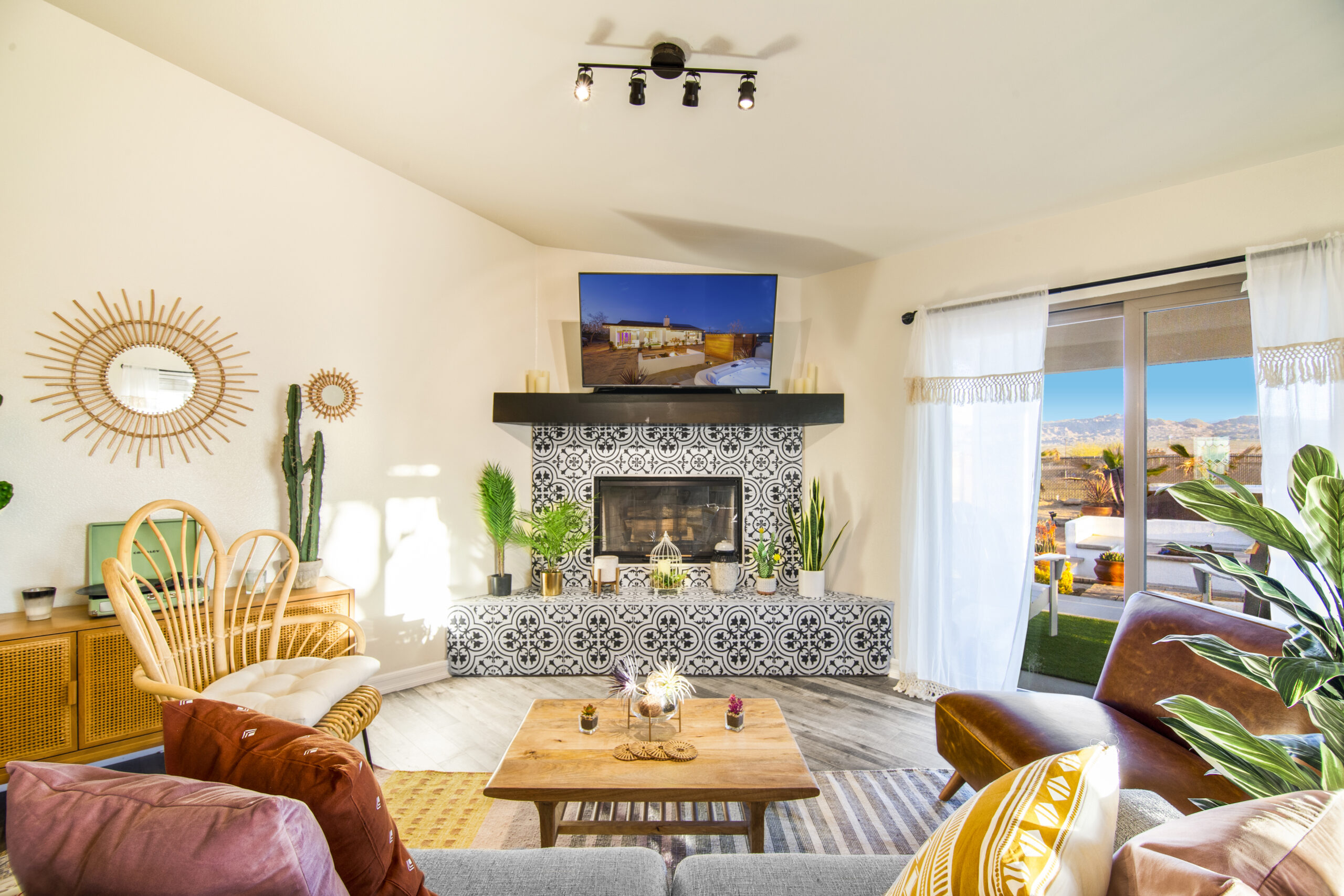 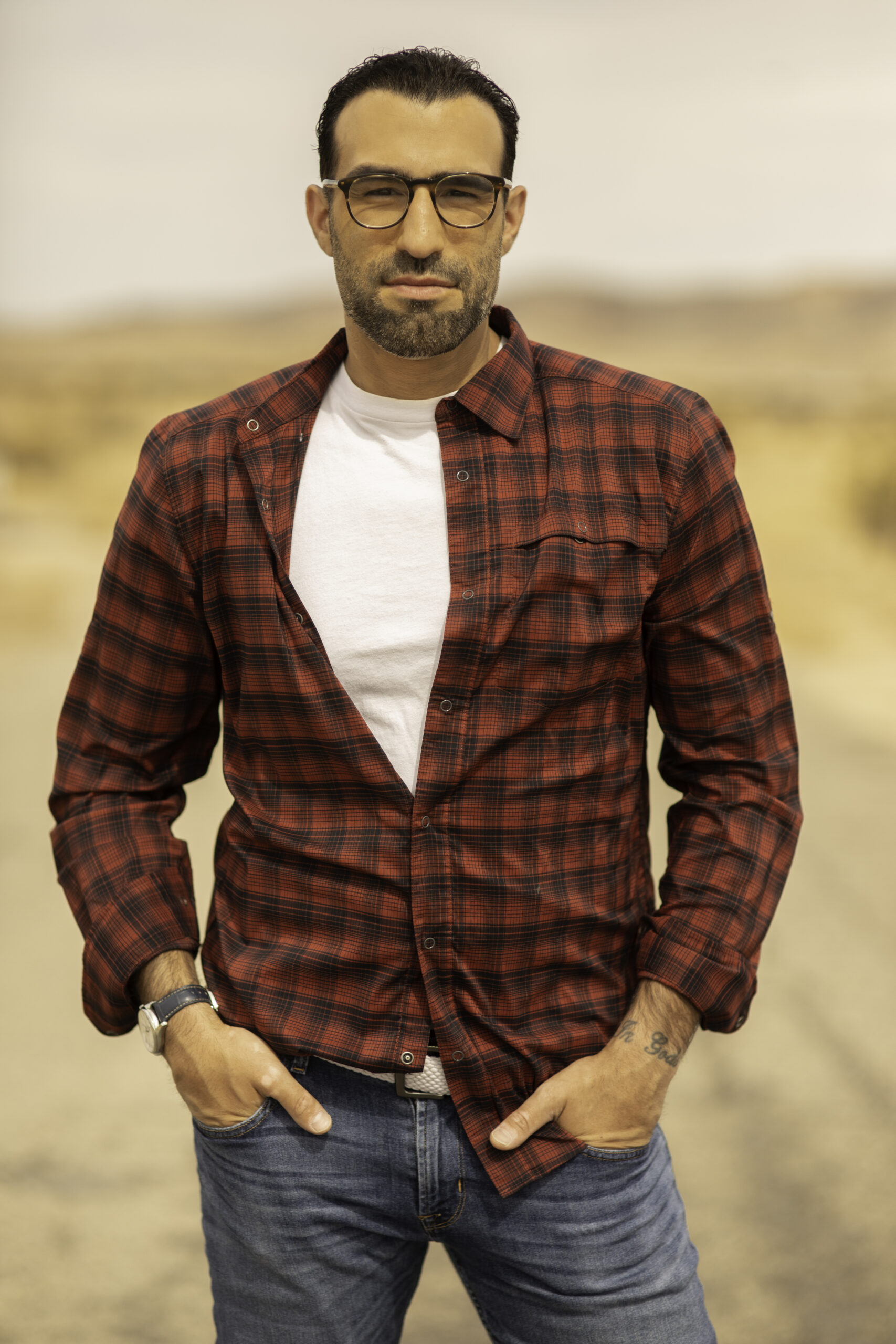 Here's How To Manage Your Beauty Without The Pros