Catch this Must See Shakespeare in the Park at the Delacorte Theatre before it closes July 6!

It’s been said that love means never having to say you’re sorry. And so without apologies Shakespeare’s would be lovers feint and flirt sometimes wounding and eventually healing as they reluctantly fall in love in Much Ado About Nothing, the Shakespeare play that invented the romantic comedy genre: Boy meets girl, boy loses girl due to silly misunderstandings and finally if bittersweetly they connect and we hope they can live happily ever after.

Beatrice played by Tony® nominee Lily Rabe is ferociously independent yet underneath that tough girl façade there’s still sweet vulnerability. Hamish Linklater is Benedict the match she discards and disdains only to realize he’s perfect for her in the end. The action – he loves her, she loves him not and vice versa – unfolds in sun-drenched Sicily with orange trees lustily ripe with fruit, bustling matrons, scheming “royals” and a coterie of sidekicks. The pre-show has wonderful bits of Italian humor and music entertains throughout with Broadway’s Brian Stokes Mitchell adding not only his lush voice but in his role as the matchmaking Prince he sets the mood for unpredictable happenings to follow – both sunny and stormy.

Though elements of nature have been known to dramatically co-star at the Delacorte Theater in the heart of Central Park – the occasional raccoon will photo bomb a scene or a sudden downpour will drench all – the drama stayed on stage the night we went. But with no separation from nature on stage or off, Much Ado transpires as corset-clad ladies dither and gentlemen of sometimes dubious intentions scheme. Three-time Tony winner Jack O’Brien directs with snap, crackle, pop making for one supremely enjoyable experience. The action, set in the late 19th century, moves along swiftly, suspensefully keeping us guessing: Will she fall for him? Will he fall for her? Will the two less challenged lovebirds find a smooth path to happiness or will mischief make all go astray? Is it really true that love forgives all? Make Much Ado then about seeing this exciting, entertaining and relevant performance before it closes on July 6.

Free Shakespeare in the Park is one of New York’s most treasured summer traditions. Celebrating its 52nd season in Central Park’s Delacorte Theatre where over the years 5 million people who have come to enjoy The Public Theater’s free performances and see actors unplugged, stars of stage and screen, some world famous and others on the brink but all brilliant and exciting to see. Next up at the Delacorte is King Lear starring Annette Bening and John Lithgow opening July 22.

Free Shakespeare in the Park tickets are distributed at noon the Delacorte Theater in Central Park every day there is a performance. The Central Park entrances closest to the theater are at 81st Street and Central Park West or 79th Street and Fifth Avenue. There is also virtual ticketing lottery daily on www.publictheater.org. 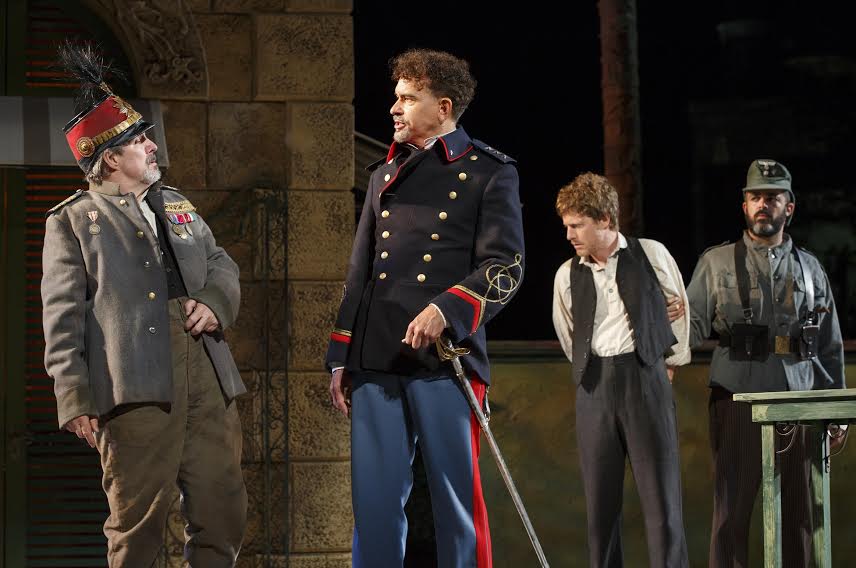 0
Millennium Magazine July 2, 2014
No Comments Yet