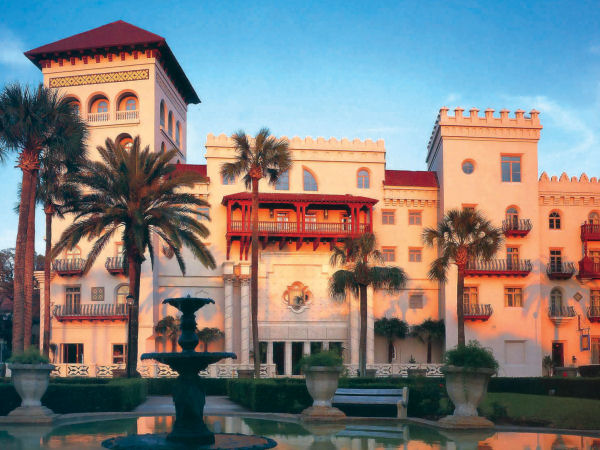 I was about the age of nine when my family visited St. Augustine, Florida. There was something magical and mysterious about this place for a young boy from the north. It was the first and only time that I went (open range) horseback riding on the beach, camped near a bask of crocodiles, learned about several territorial battles and the alleged, almighty founder of the city, Don Pedro Menéndez de Aviléz. It was also the first time that I saw a palm tree and heard the expression, “What a tourist trap!” My father announced this as our car passed several kiosks boasting family fun with reptiles, ramshackled souvenir shops and street venders promoting vapid attractions like the Fountain of Youth, ghost tours and wax museums.

Yes, it’s true. America’s oldest city at the time was a shiny lure for snowbirds and philistines who fell into the talons of every snake oil salesmen, faux museum curators and unlimited tomfoolery with pirates, wenches, heathens and a righteous mob performing in the spectacle “Cross and Sword” — an amphitheater that almost guaranteed a thunderstorm to interrupt each and every performance. It was a P.T. Barnum paradise where every tourist got burned by more than just the afternoon sun.

However, there is something alluring, mystical and historic lingering above the cypress trees, beneath the cobblestones and on the coastal moorings of St. Augustine.

After thirty plus years, I was recently invited back to the city with its sandy white beaches and fort built with coquina (shellrock) as well as the town’s tumultuous tales that include oil tycoons, conquistadors, mobsters, the supernatural, swashbucklers and invaders of every stripe and bandera. How could I say no?

I boarded a plane from New York City to return since my youth to the mysterious maritime land that made such an indelible mark on my childhood in both impressive and suspicious ways. My hopes were set high with expectations that this fantastical place matured along with me. I discovered that it did, in many regards. While the family-friendly charades are still plentiful, there is another semi-obscure part of the city for adults to learn, explore, indulge and enjoy.

On Cordova Street resides Casa Monica Resort & Spa, it’s directly across from Flagler College and the Lightner Museum. Franklin W. Smith built and opened a hotel on this premises on January 1,1888 with only three guests. After struggling for a few months, Henry Flagler purchased the hotel for $325,000. He then re-named it Hotel Cordova, and business boomed. The hotel closed its doors in 1932, later to be purchased in 1962 for $250,000 and served as the County Courthouse for another 30 years. In 1997, hotelier Richard C. Kessler, chairman and CEO of The Kessler Collection, acquired the impressive property. It recently went under a $10 million restoration. 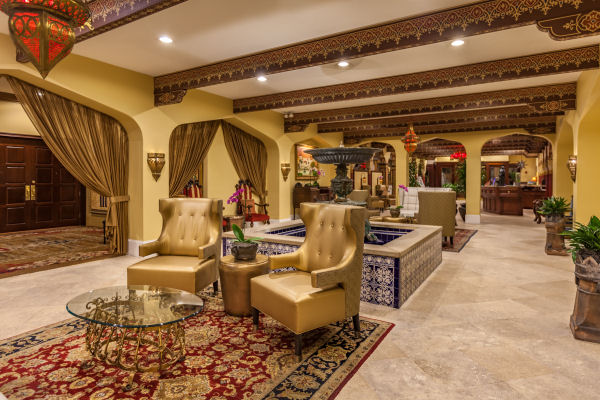 The interior décor perfectly blends a Moorish influence with Spanish flair as well as current-day comfort and sensibility. It’s welcoming, charming and attractive with gold-hue tufted over-sized furniture and intricate hand-painted tiling mixing colors like teal, burnt umber and royal blue. The lobby reminds me of hints of Spain’s Alhambra and partial Disney attraction with multi-colored glass lanterns hovering overhead — it wouldn’t surprise me to see a flying carpet in one of the corridors or stairwells lined with Kessler’s art collection from ceiling to baseboard (many of the pieces are up for sale): Works by Peter Keil, Jean Claude Roy, Stefano Cechinni and others. 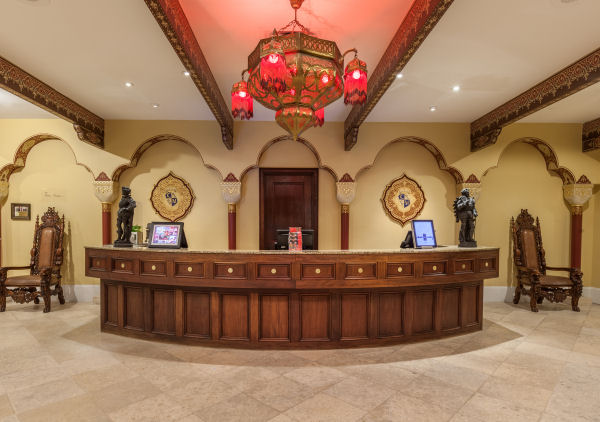 The rooms are old-worldly with wrought-iron fixtures, crimson damask curtains and carpeting and tack button desks that capture the spirit of treasure chests hauled off of ancient schooner ships. It’s all Iberian inspired and appealing in the spirit of the authentic architecture and intended theme. 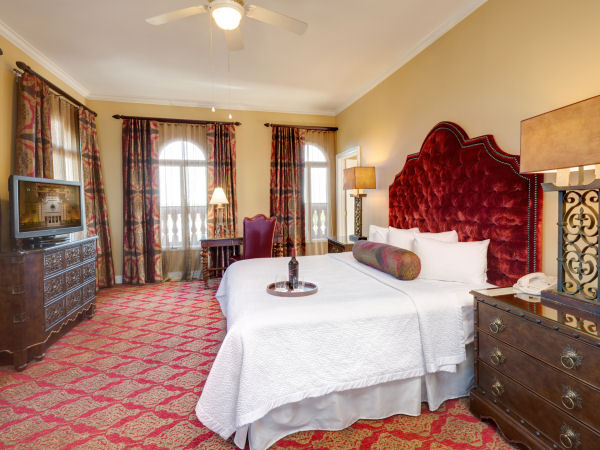 The outdoor area offers several cabanas and a large pool with bar service and plenty of space to kick back. A tented patio is the perfect focal point to dine alfresco or hold a private gathering for your friends, family or business colleagues. During my visit there were very few families and mostly serious professionals taking off time from their busy schedules to chill, recharge and put on their latest fashionable and well-tailored attire from pool side to dining room. 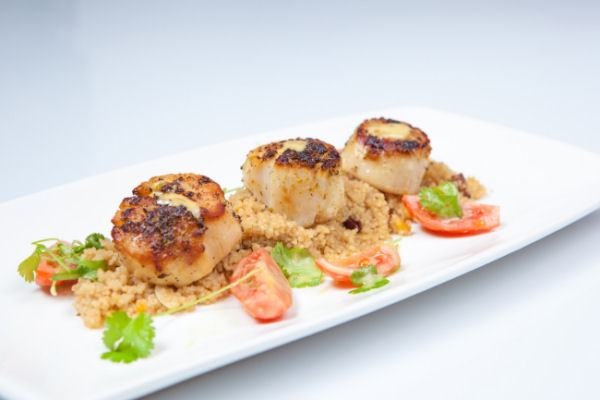 Speaking of dining, Casa Monaca Resort and Spa is home to Costa Brava. Under the leadership of Executive Chef Fred Maruo, the menu is Mediterranean inspired with the freshest local ingredients presented in a Food Network superior level and combination of flavors and textures. I recommend Catalan Pan con Tomate with its rustic bread, olive oil, basil and Manchego cheese — it’s exactly how I remembered the flavors in Barcelona. I also suggest the Grilled Lamb Chops with roasted shallots and orange chutney. Mouth watering. The restaurant also offers an impressive brunch buffet that includes everything from traditional breakfast items to savory paella and fresh, chilled jumbo shrimp, king crab legs and various seafood offerings. 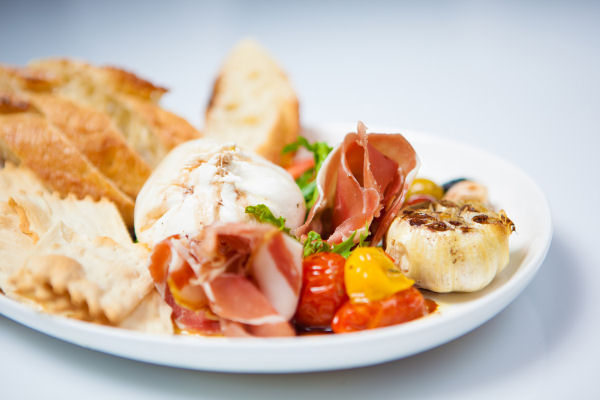 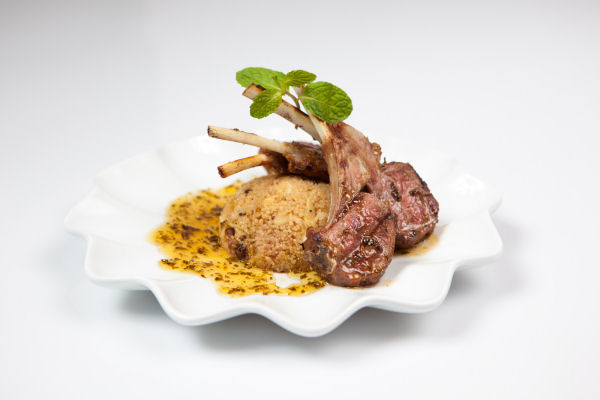 Before or after you explore the old city section of St. Augustine, consider a rejuvenating massage in the hotel’s Poseidon Spa. During this visit I chose the Relaxation Massage that lasts 50 minutes to becoming stress-free with therapeutic botanicals and steamed towels. It was the perfect session after climbing over 100 steps at the St. Augustine Lighthouse — the oldest one in the U.S. That is just the first of several attractions that I recommend. 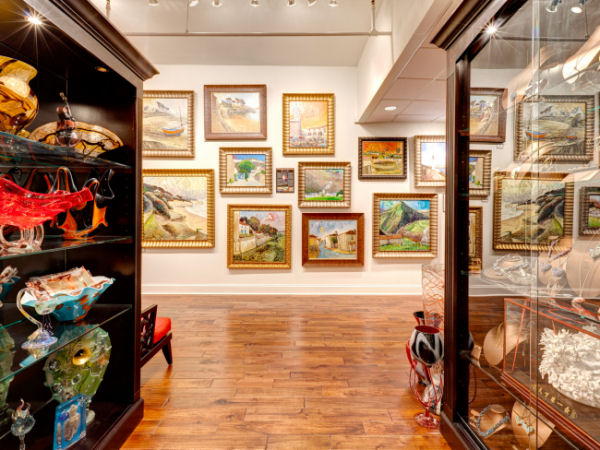 The original Spanish lighthouse was built in the 1500s. Today the lighthouse is the oldest surviving brick structure that was restored to original colors and materials used in the year 1888. The views at the top are amazing and well worth the climb. It’s also noteworthy to visit the maritime museum directly across from the tower’s front yard. I also suggest that you get there by private catamaran with Captain Dave. You can hire him directly by visiting DEAcharters.com. The captain will tailor your voyage and tell some great stories about sailing from various ports, locks and waters from coast to coast. A must-do. I also recommend taking a horse-drawn foodie tour of old city. The Tasting Tours at tastingtours.com will introduce you to several of the established and new entrepreneurs who have settled in St. Augustine and contribute not only to the city’s community and revitalization, but also offer a passion for international cuisine. It’s the perfect way to spend lunch. You might also want to check out the country’s oldest swimming pool at the Lightner Museum. The rich history of its origins will baffle your mind and while you can no longer take a dip, you can dine or have desserts and coffee in the deep end. 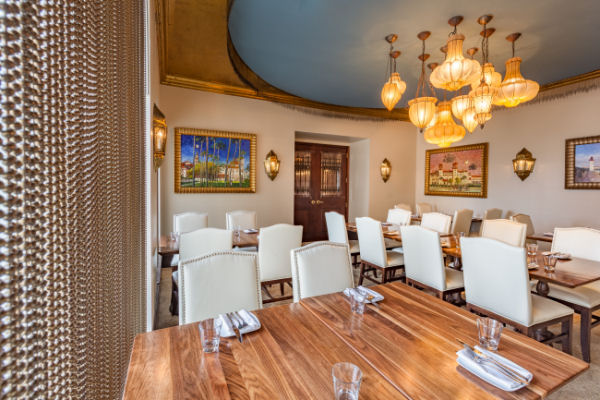 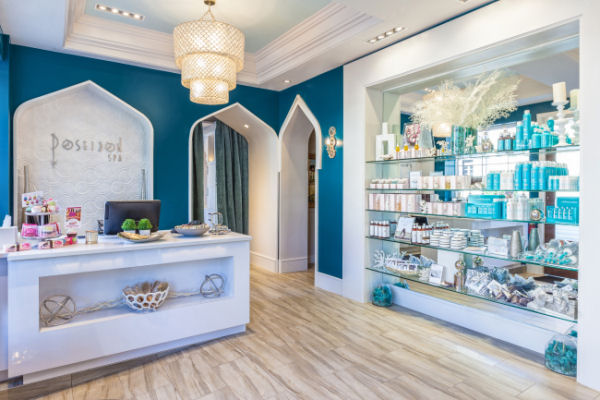 Avoid the honky-tonk as my parents would say. Stay clear of anything with a pirate’s flag or tattooed and bearded dudes in flip-flops and tank tops. When the sun sets, a few places heat up with live music and jam sessions. That’s when St. Augustine truly gets haute and sexy with boutique shopping, wine tasting bars and chic jazz joints.

St. Augustine, Florida claims to be the oldest city in America. It was a battleground according to historians. It is a city that is rich in history but that depends on who wrote the history books. The new world does care about facts, proven statements and I’m confident that we don’t truly know the story of how this mass of land was discovered, captured, exchanged hands as well as bought and paid for — especially when it comes to settlers and natives. Regardless, the outcome of this little kismet is nothing short of fascinating, charming and attractive.

It’s not about sprawling land, sandy white sea shores or an impressive cityscape, it’s more about reality and American ingenuity — a gem that quietly keeps a humble but proud attitude regarding it’s heritage and the influences that really make a city one-of-a-kind and an integral part of the American experience.

Walking thru the doors of Casa Monaca under it’s impressive façade and into the attractive lobby with the walls and stairwells lined with pieces from the Kessler art collection made me realize that St. Augustine matured along with me. The city has managed to keep the mysterious charm that I recall from my youth while growing into a more sophisticated place for those who know where to look.

Visit and begin your trip here:

0
Millennium Magazine January 10, 2017
No Comments Yet