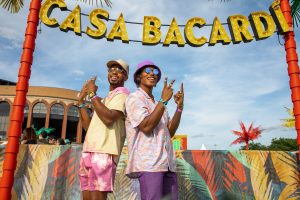 This past weekend, BACARDÍ once again brought iconic rum vibes to the Governors Ball Music Festival with CASA BACARDÍ and the BACARDÍ Stage in Queens, New York.

During the three-day fest, BACARDÍ gave eager festivalgoers a taste of the tropics with CASA BACARDÍ – a colorful oasis where music lovers sipped signature BACARDÍ cocktails while jamming to performances on the BACARDÍ stage. Complete with one-of-a-kind experiences that encouraged festival guests to do what moves them, the space offered exciting new programming like an upcycling station for those looking to customize their festival swag, a pickleball court, and daily roller-skating performances from RollerWave NYC to keep the crowd pumped up in between sets.

Check out day-by-day highlights from this past weekend’s Governors Ball festivities at CASA BACARDÍ and on the BACARDÍ Stage below: 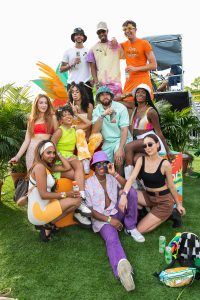 Between Friends, Paris Texas and Coi Leray kicked off the daytime performances at the BACARDÍ Stage, with Coi Leray closing her set with hit song, “TWINNEM.” Rapper JPEGMAFIA kept the party going, followed by The Knocks, who brought a high-energy performance jam-packed with 80s and 90s throwbacks – getting fans hyped for day one headliner, Jack Harlow, later that evening. Harlow started off the weekend right, performing viral hits like “First Class,” “WHATS POPPIN” and “Industry Baby,” giving a shout out to Lil Nas X, and rounding out an epic first day on the BACARDÍ Stage. 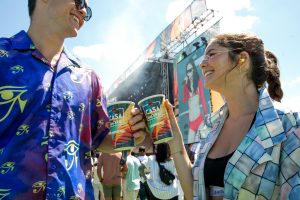 Iconic performers on the BACARDÍ stage included Tom Odell covering “Video Games” by Lana Del Rey and Gus Dapperton pumping up the crowd for the evening headliners. These acts paved the way for the huge crowd that turned out to watch DJ Diesel, A.K.A. Shaquille O’Neal, who spun epic tracks like “Mr. Brightside” by The Killers and “Body” by BACARDÍ partner, Loud Luxury, encouraging the crowd to be “careful with the ladies” in reference to mosh pits, while he kept the crowd guessing by teasing “do you want me to come out there?” as he rocked out onstage. Next up, Denzel Curry amped up the crowd with some of his top hits like “Ultimate” and “CLOUT COBAIN | CLOUT CO13AIN,” before Ashnikko took to the stage with her signature blue hair to close day two on the BACARDÍ Stage with “Daisy.” 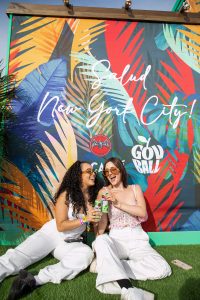 To close out an epic weekend of festivities, indie favorites Del Water Gap and Soccer Mommy amped up the crowd before American hyperpop duo, 100 Gecs took the stage, donning their signature “wizardry” garb and working the energetic crowd with hits like “Stupid Horse.” The evenings final performances on the BACARDÍ Stage included alternative pop band, Japanese Breakfast, who had the crowd bouncing along to “Be Sweet” while frontwoman Michelle Zauner played a flower-bedazzled gong during “Paprika.” The final artist of the night was Haitian-Canadian record producer and DJ Kaytranada – marking an epic ending to a memorable festival.

CASA BACARDÍ also saw some action earlier in the day when Brass Queens NYC stopped by for an impromptu set – playing Latin Caribbean hits from Bad Bunny and Jhay Cortez, dazzling the crowd with its all-female ensemble.

Photos Courtesy of Samantha Deitch for BFA and Yuxi Liu.

New Launches to Heat Up Your Summer Beauty Routine

26 Room Views to Add to Your Travel Bucket List