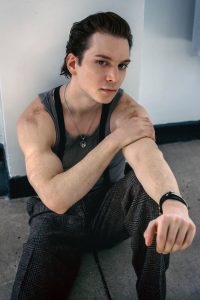 Adam Dennis Geiger, promising and versatile fashion model, and New York City method actor, is inspired and mentored by Hollywood and Broadway’s most quintessential directors, writers, and producers such as Lyle Kessler, Fran Kirmser, Austin Pendleton, as well as trained by protégés to the core founding members of the Actors’ Studio movement that shaped the industry.

By founding Creode, a successful New York City theatre production company, Adam Dennis Geiger acts as a maverick of the generation. Creating realistic and original approaches to shows working with Broadway writers now carries his captivating rebel attitude and classic American looks to film and modeling as he catches the eye of the top of the fashion industry.

This intensely immersive and emotionally powerful method actor and model has some secrets ahead of us yet – his newest chapter is set for a globe-trotting worldwide campaign with top photographers while filming demonstration material for one of a few films Adam Dennis Geiger is developing.

Interested to dive into Adam’s roots, we asked him some questions about his unique style in New York City and Acting projects.

Can you tell us about your fashion style and influence? My street style is an everyday grounded look that usually comes from making my clothes. I imagine a look and source clothing because of the unique quality. Then I alter the original look to a different type of fit.

I like classic American aspects and appreciate small details like pockets and material. I’ve designed some clothing that I have used in Creode’s productions. More recently, I lived out of a jumpsuit while developing myself as “Henry Harry” for “Brilliant Traces” by Cindy Lou Johnson.

What is Creode? Creode is a Manhattan-based nonprofit theatre production company that presents classics and originals in the style of realism.

I founded Creode by creating high-quality presentations with the intention of bringing the shows to the main stage. 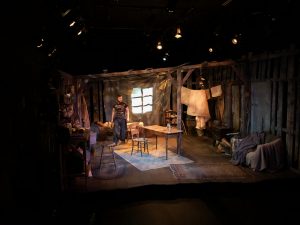 How did you get into modeling?

As a method actor, I initially aimed to show myself and communicate through portraits. I draw inspiration from many timeless rebel archetypes such as Marlon Brando and James Dean, having similar life philosophies, perspectives, and a need to express this truth in the self.

Creode’s last show halted onstage as the first day of the pandemic was declared. Eventually, we put “Brilliant Traces” on hiatus, and I became more intentional with my modeling, shooting with talented photographers, and landing in different fashion editorial magazines.

Now I focus on creating a dynamic modeling career by integrating my theatre and film projects into my work.

Soon I will start traveling worldwide, developing looks for one of my films and working with photographers for fashion editorial magazines while I pitch my theatre shows for the Broadway stage.

How To Encourage Wellness and Sustainability in Your Business Ventures

Simply Does It: Finest Punta Cana, The Dominican Republic

How To Glam Up A Simple Prom Dress