Tomatoes, Corn, and Zucchini, Oh my!  A look into ‘Murr Farms!’

Since the pandemic hit in 2020, there has seemed to be a rise in the number of families trying out home gardening. At the time, there wasn’t much to do, so people got creative. ‘Impractical Jokers’ star James Murray (Murr) and his wife Melyssa Murray are no exception. Together they decided to build a farm of their own and ‘Murr Farms’ came to fruition. 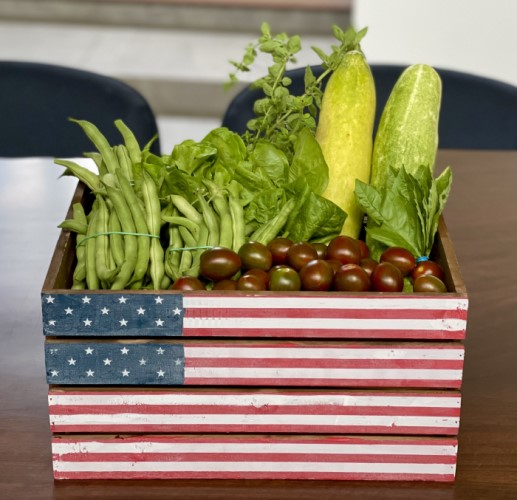 In the last two years, James and Melyssa have begun growing a plethora of fruits and vegetables. Pinot grigio grapes, loofah, lavender, and James’ personal favorite, sweet corn, are just some of the produce grown on the pastures of ‘Murr Farms.’

So what truly inspired James and Melyssa’s to grow their own fruits and vegetables?

Quite simply, “we love doing it.” Murr cheerfully replied. 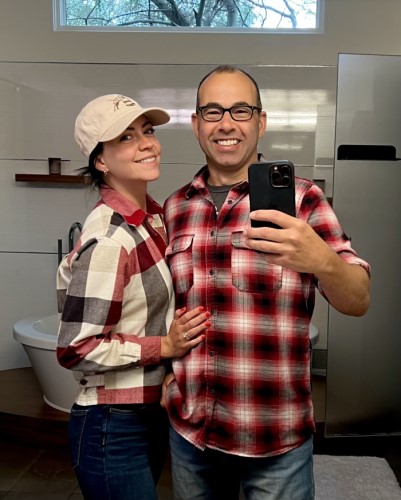 Murr also explained that while he was growing up, he had a small fenced in garden, but for 25 years living in different apartments throughout New York City, he did not have the opportunity to have one.  Moving to Princeton, NJ gave him the chance to finally start his own.

When I asked Murr and Melyssa what made them choose the specific fruits and vegetables that they grow, James said “A lot of it comes from, ‘We’re hungry, what looks good?”

Murr enjoys making sauce with their plum tomatoes, and Melyssa makes different kinds of soups. She uses a lot of the vegetables to make homemade vegetable broth. They also give a lot of their produce away to their friends and family.

Everything is ready to harvest at different times, giving them variety throughout the seasons. Besides eating their fruits and veggies and giving them away, ‘Murr Farms’ also plans on selling a bulk of it for charity. James looks forward to one day setting up a display at the local farmers market. Any profits made will donated to the “Make a Wish Foundation.” 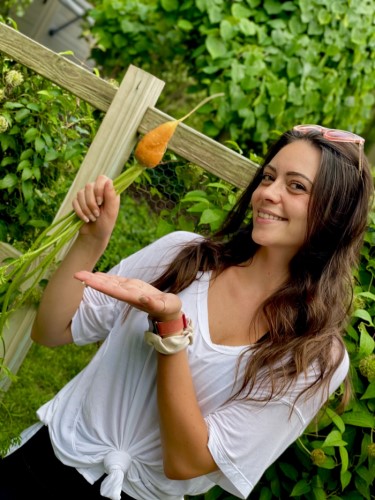 Since their schedule is so busy, I wondered how they make time to take care of it all.

Murr simply stated, “I love doing it. You make time for what you love.”

Melyssa explained that they have learned a lot of things about gardening that they never knew before. They learned what plants cannot be next to each other, how some produce grow vertically and others grow horizontally, and even what plants attract what bugs.

Their ever growing garden is meticulously mapped out so all the plants can thrive. 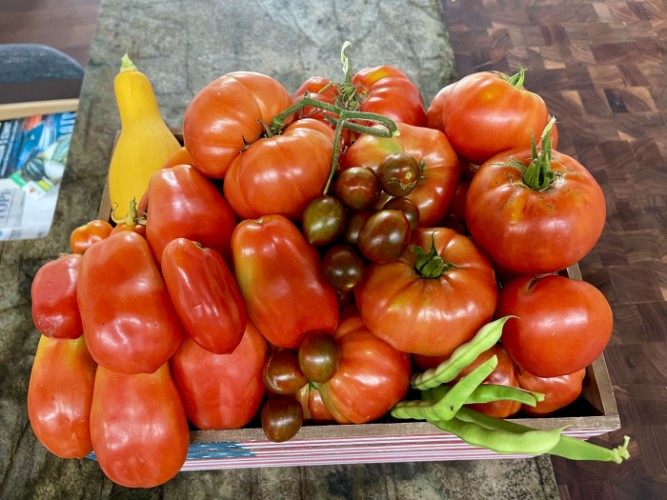 Although they have a wide variety of produce already, there are still a few things Murr and Melyssa wish they could grow. Melyssa is determined to grow an avocado tree, even though they are grown in tropical climates.  She is a year into it so far,  keeping it warm in her home,  but they are struggling to find a spot for when the tree grows to full size at 25 feet!

Murr and Melyssa said they work on a different project every year. This year alone they built the garden and doubled the size.  Murr says he wants to go even bigger. They have almost 5 acres of land to work with, and they’ve only used about 10% of it so far.  It looks like we can expect ‘Murr Farms’ to grow much larger!

Murr and Melyssa seem to really make the most of the land they have.   In addition to their farm, they have built a beach, a roller skating rink, and converted an old airstream into a bar that they use to entertain.  They plan to do a lot more, including a full go-kart track, right in their backyard!  But of course, Murr’s main focus is growing a lot more corn!  He says it has been a learning experience for him, and he quite enjoys learning about it.

“You learn from experience like anything in life. But also…Google!”

As Murr and Melyssa are about to celebrate their two-year wedding anniversary, I’m sure we can expect a lot more to come from ‘Murr Farms!’

Top Benefits of an IVA

Dolores Catania: Behind the Scenes with Bravo TV’s ‘Real Housewives of New Jersey’