If you were to stand next to WWE Superstar Titus O’Neil, you may be intimidated by his larger-than-life presence, standing at 6’6” and weighing 270 pounds of pure muscle. But with the recent release of his autobiography, “There’s No Such Thing As a Bad Kid: How I Went from Stereotype to Prototype,” it’s clear that, rather than instilling fear in others with his size, O’Neil is using his celebrity status to ensure that children everywhere get a fair chance at living a good life. 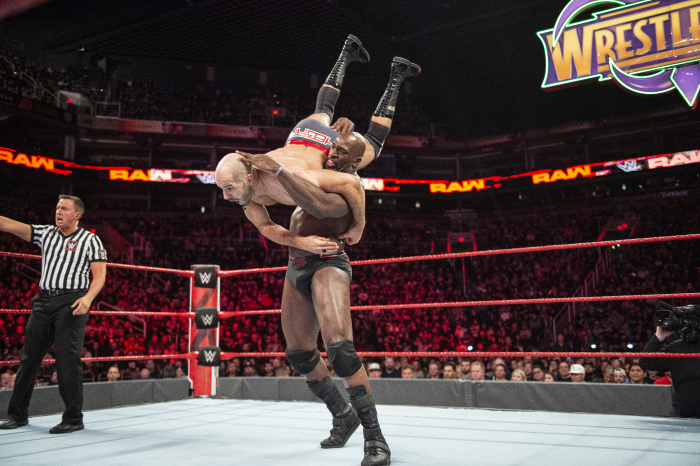 Born Thaddeus Bullard, and as a product of rape, O’Neil’s life was one of hardship—he grew up in an impoverished Florida neighborhood filled with drugs and violence. His mother (who was only 12 years of age when she birthed him) struggled with her own challenges as a child raising a child and living a life with adult responsibilities. Given the circumstances he was placed in, O’Neil fully expected he would end up dead or in jail one day. Though he had behavioral problems, his life changed dramatically for the better when Patrick Monogue, of the Florida Sheriffs Boys Ranch in Live Oak, Florida (where he resided at the time) was told that, “There’s no such thing as a bad kid.” With those words, Monogue gave O’Neil a new sense of being—for the first time, he felt like someone who mattered. Monogue ended their conversation with these impactful words, “I love you and I believe in you.”

As O’Neil explains, “Words can cut a person down. But words can also build a person up.” These words were the foundation for a new trajectory for O’Neil’s life and would positively affect him and several others in the future.

For O’Neil, the concept of selflessness is not novel. In fact, he’s been quietly using his talents to help the less fortunate since high school. He’s associated with a variety of charitable causes (through the WWE and Boys & Girls Club of America), but his community in Tampa, Florida holds a special place in his heart. He built the Bullard Family Foundation with the mission “to provide families and children everywhere with moments, programs, and resources to help build character and improve outcomes in the community.” 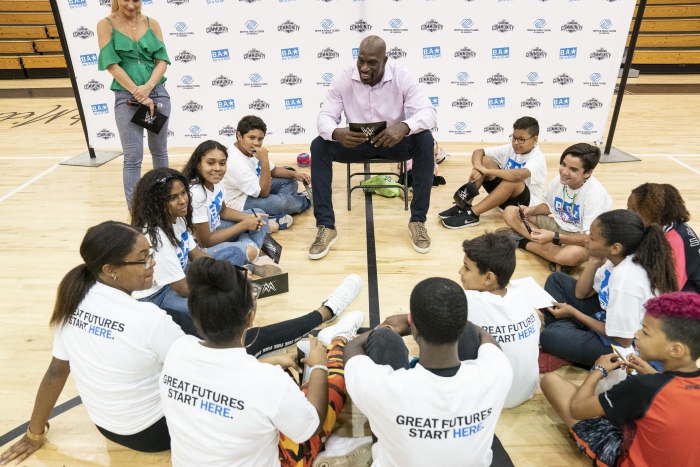 Seminole Hard Rock Hotel and Casino Tampa has joined O’Neil’s in his philanthropic efforts—it has lent its support by engaging in teacher projects, helping students in need, and partaking in back-to-school activities where O’Neil has distributed over 20,000 backpacks to Tampa’s children at Tampa’s Raymond James Stadium.

One initiative O’Neil is proud of is the one focused on the Sligh community. The Bullard Family Foundation, in collaboration and partnership with the Hillsborough County Public Schools, is building a prosperity campus at the Sligh Middle Magnet School, where they’ll be able to teach culinary classes, assist adults with job placements, and provide mental health counseling—with time, the campus will become a place of happiness, growth and excitement. As an advocate for wellness, he also built a fitness center on the campus for its teachers, who can use it to destress, be physically active and cultivate an environment and culture of health and wellness. As for the students, the campus’ gym was remodeled for their enjoyment.

O’Neil recognizes that in public schools, emphasis is placed on delivering a proper education. He says, “Too many public schools provide students with education but do not place enough emphasis on developing the necessary skill sets to deal with the issues that will prevent them from fulfilling their potential.” Overall, O’Neil looks to build a sense of community among parents, students and teachers. 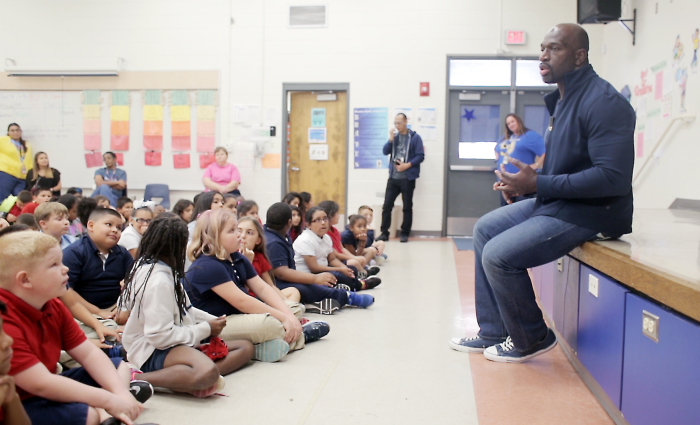 With his busy schedules as a WWE Superstar, the time he dedicates to helping others is nothing short of impressive.

O’Neil explains, “I value people. When people ask, ‘How I can make time to do all the things I do?’ my response is, ‘How can I not?’ There was a point in time where I was that person in need and people unselfishly gave me the time to be better, grow and single-handedly help orchestrate getting me in this position. It’s not my obligation, but rather my honor to give back.”

O’Neil—who played football at and graduated from the University of Florida—appreciates the importance of having an education. So many people from all walks of life find difficulty with affording a higher education. In this regard, O’Neil has helped over 300 children attend college. He acknowledges, from personal experience, how one person’s positive influence can change lives for the better.

“We all have influences in our lives that shape who we are as people. I can’t repay all those who had a positive impact in my life, but what I can do is consistently try to reinvent the pattern.” He continues, “Everyone has a voice. Some voices go unheard. Unfortunately, quite often, the only times we are heard is when we speak the same language and tone. Often this only happens during a tragedy.” 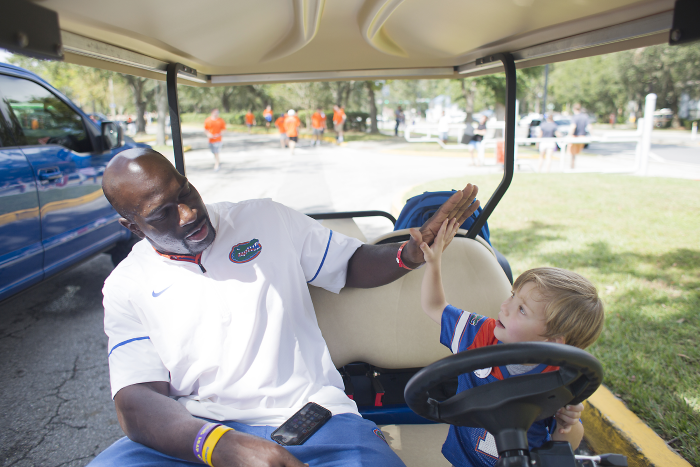 O’Neil learned a valuable lesson from Monogue on perspectives during his time at the Sheriffs Boys Ranch where he was having difficulties adhering to the rules of those looking out for him. He was taught that it’s important to take the time to listen, as opposed to communicating with the view to convincing others that you are right, and why. He learned the value of being respectful, even to those one may disagree with—something O’Neil hopes to teach the next generations.

While we live in a time where people are quick to air their grievances (mostly through technology), O’Neil instead looks for opportunities to bring people together.

“Sometimes you don’t realize you are one situation away from being in the worst situation.  When in a bad situation, it gives you the opportunity to think about how you treat other people, especially when you had the opportunity to bless them, but looked past them.” 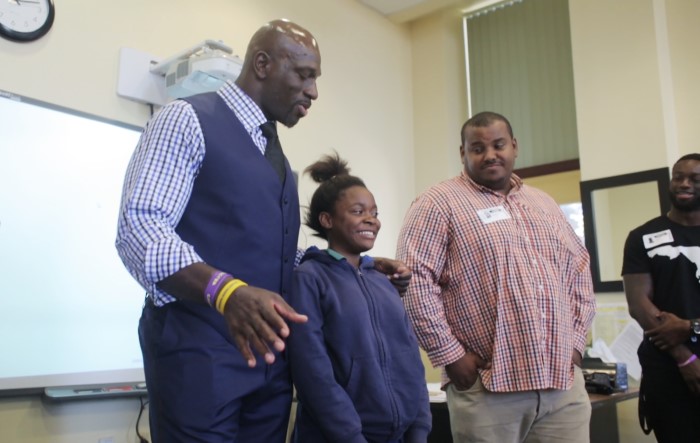 He believes technology helped him spread positive messages and garner support for his causes, and that social media platforms such as Facebook, Instagram and Twitter are a gateway to people. Using his strong social media presence, O’Neil shares inspirational messages and personally credits the people who support his efforts.

O’Neil continues to strengthen relationships and impart on oft-forgotten children a stronger sense of belonging. He attributes much of his success to the fact that he actively seeks communities in need of the resources he offers. It happens too often that people who need the most assistance do not have the means to take it when it’s offered. O’Neil is aware of and considers all these factors when he’s building his systems and services and applauds those who facilitate accessibility.

And remember, “There’s no such thing as a bad kid!” 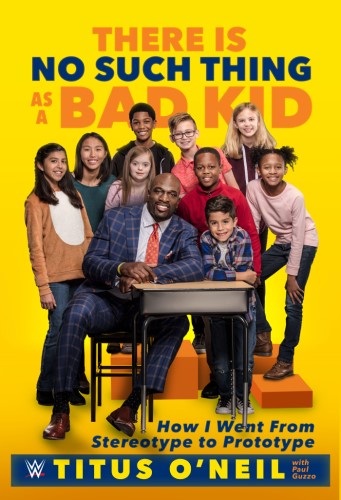