Even things considered a “tradition” in a given city need to evolve in order to stay relevant. On one hand, Los Angeles’ beloved “The Taste” retains some of its most crowd-pleasing elements. The moving feast is still presented along Paramount Pictures’ “New York Street,” groups participating restaurants into themed grazing sessions, and stages several demos and panels with the city’s most important chefs, restaurateurs, bartenders and sommeliers. There are lots of backdrops erected specifically for the selfie/influencer crowd that in themselves are master classes in product placement.

Foodies game to pay a little extra for access to the VIP area are still offered exclusive passed bites, (relatively) plush lounge-style seating, and full-sized drinks and glasses of wine. The long lines present opportunities for attendees to trade notes and debate about what constitutes the city’s best tacos or sushi, and what will be the next big ethnic cuisine craze now that Korean restaurants have gone from Koreatown to all over town. 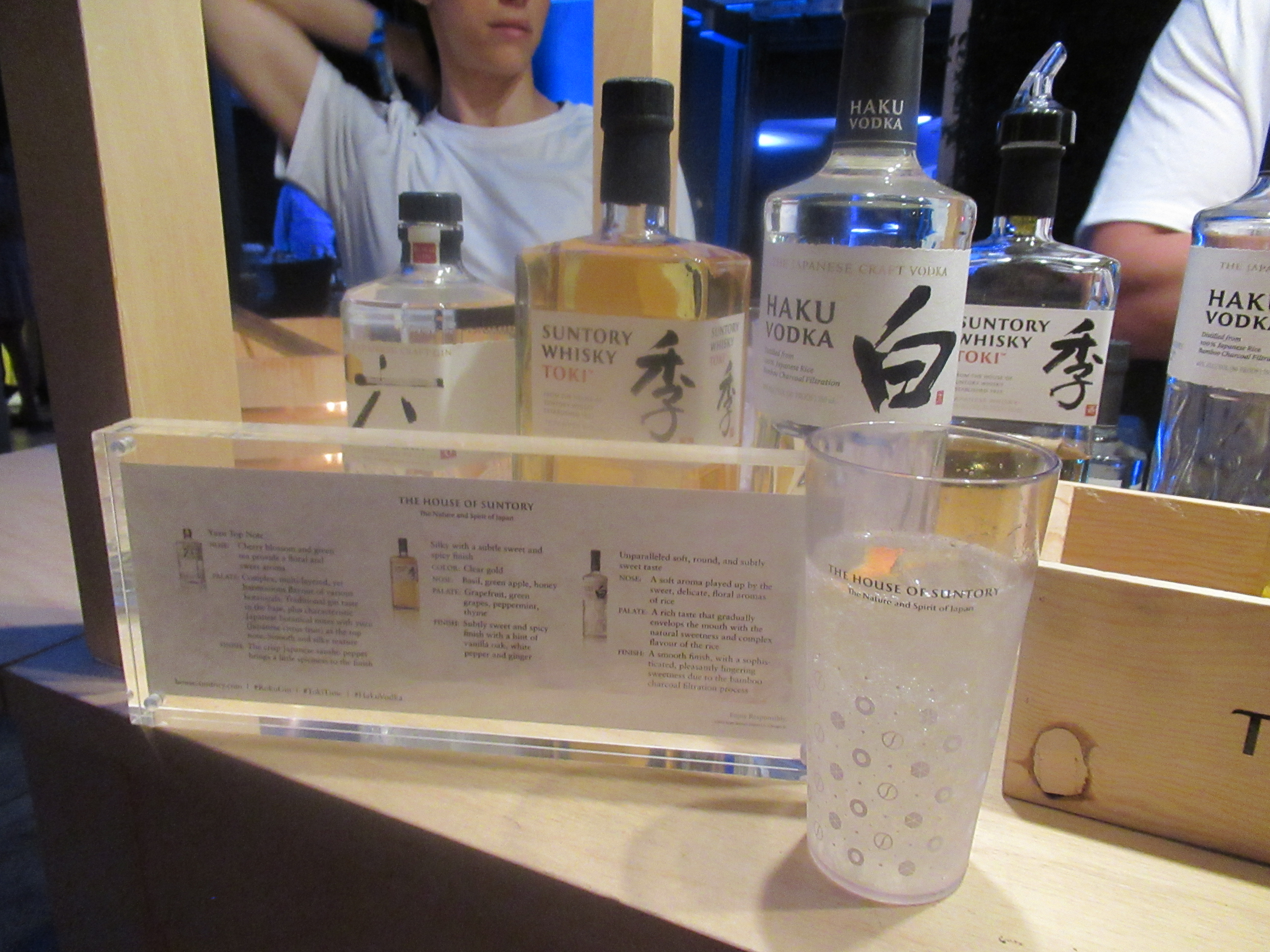 Chilling with Suntory in the VIP Section, including the new ROKU Gin

Overall, it remains a nicely structured “Cliff’s Notes” of the Los Angeles restaurant landscape, informed by the outlook of food columnist Jonathan Gold, whose influence on how people eat and choose restaurants remains intact more than a year after his passing. His spirit, embodied in neon light tubing, watches over his devotees, who when entering Paramount’s “New York” are debriefed on his rules for dining out in L.A. 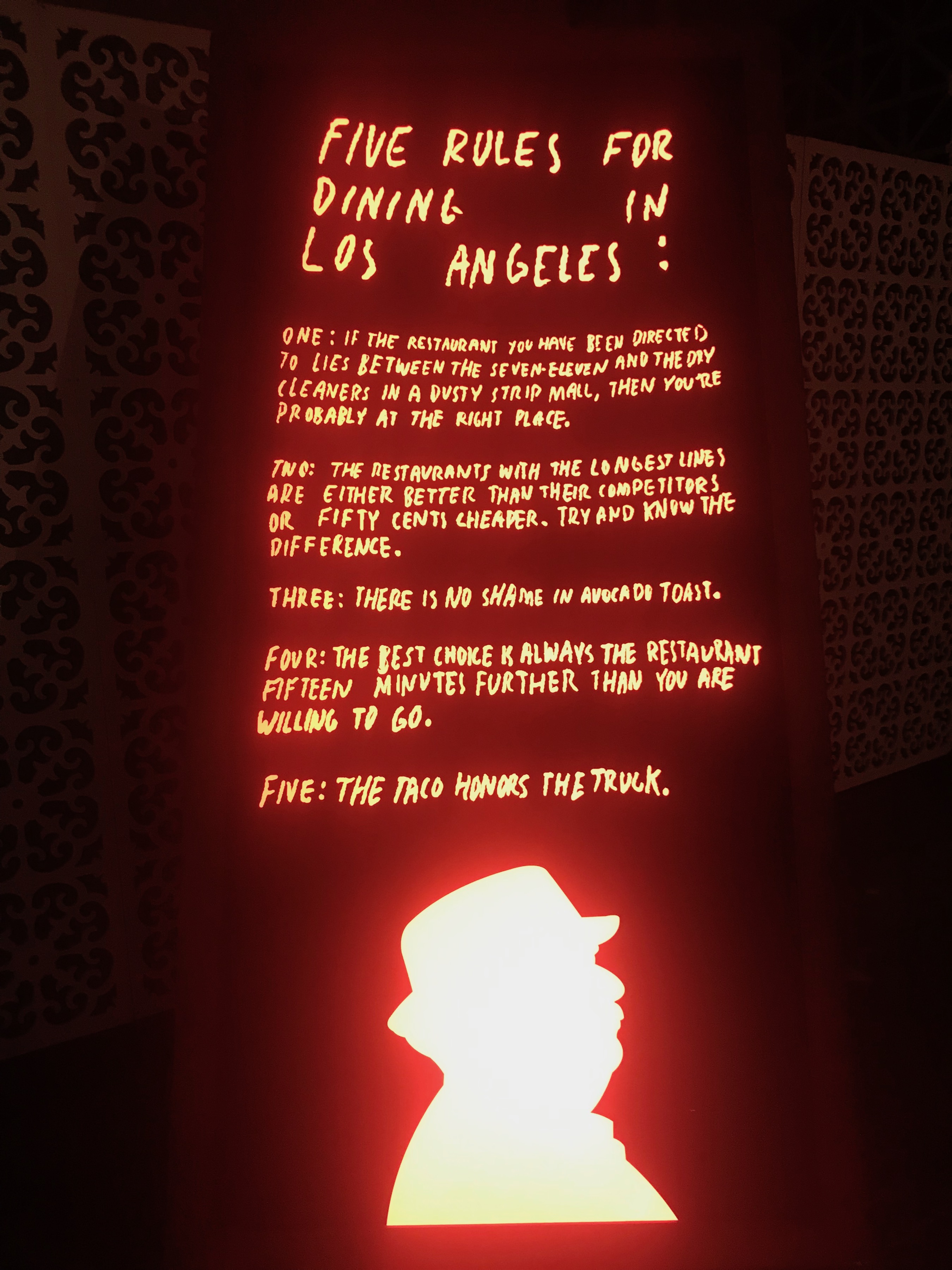 The most obvious change, meanwhile, is that it’s half the festival it used to be in the physical sense, with the front section of the Paramount out of commission. This made the overall festival feel more focused and intimate. The attendees generally seemed calmer and less anxious to fight their way to different bites. Some restaurants set up shop all three nights with different selections, acknowledging their many sub-audiences, while others (such as New York City transplant Roberta’s Pizza) gave their fans exactly what they wanted. 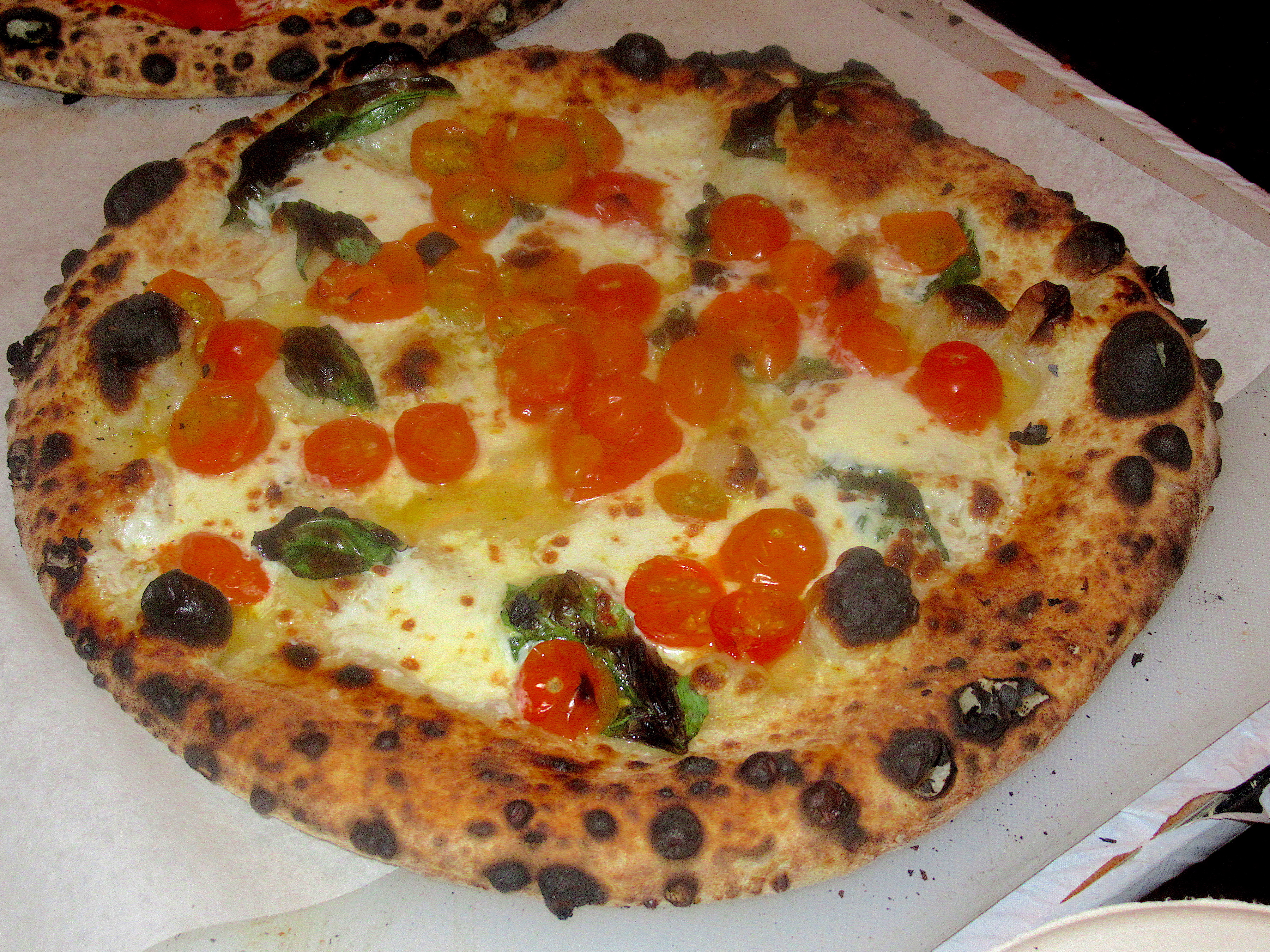 After recovering from the epic three-day banquet, we made a few salty and spicy observations about all three nights, noted below:

Multiple Nights:Roberta’s Pizza, because who doesn’t love a New York slice approved by actual New Yorkers queuing up; Wanderlust Creamery,which made sampling flavor profiles outside our comfort zone a sweet experience; The House of Suntory’s newRoku Gin, which provides the foundation for the perfect late night summer cocktail when fresh fruit garnishes and soda are added; Maker’s Mark, especially as a sundae topping-yum; The bourbon brand also whipped up two delightful summer cocktails; The Sunset Spritz and The Maker’s Mule. Bulleit Frontier Whisky, which packed a punch with a punch recipe as well as a breakfast cocktail complete with mini-pancake.

Night 1: Taking It To The Streets (A celebration of Los Angeles’ “street” and ethnic foods—and the most interesting night of the festival) 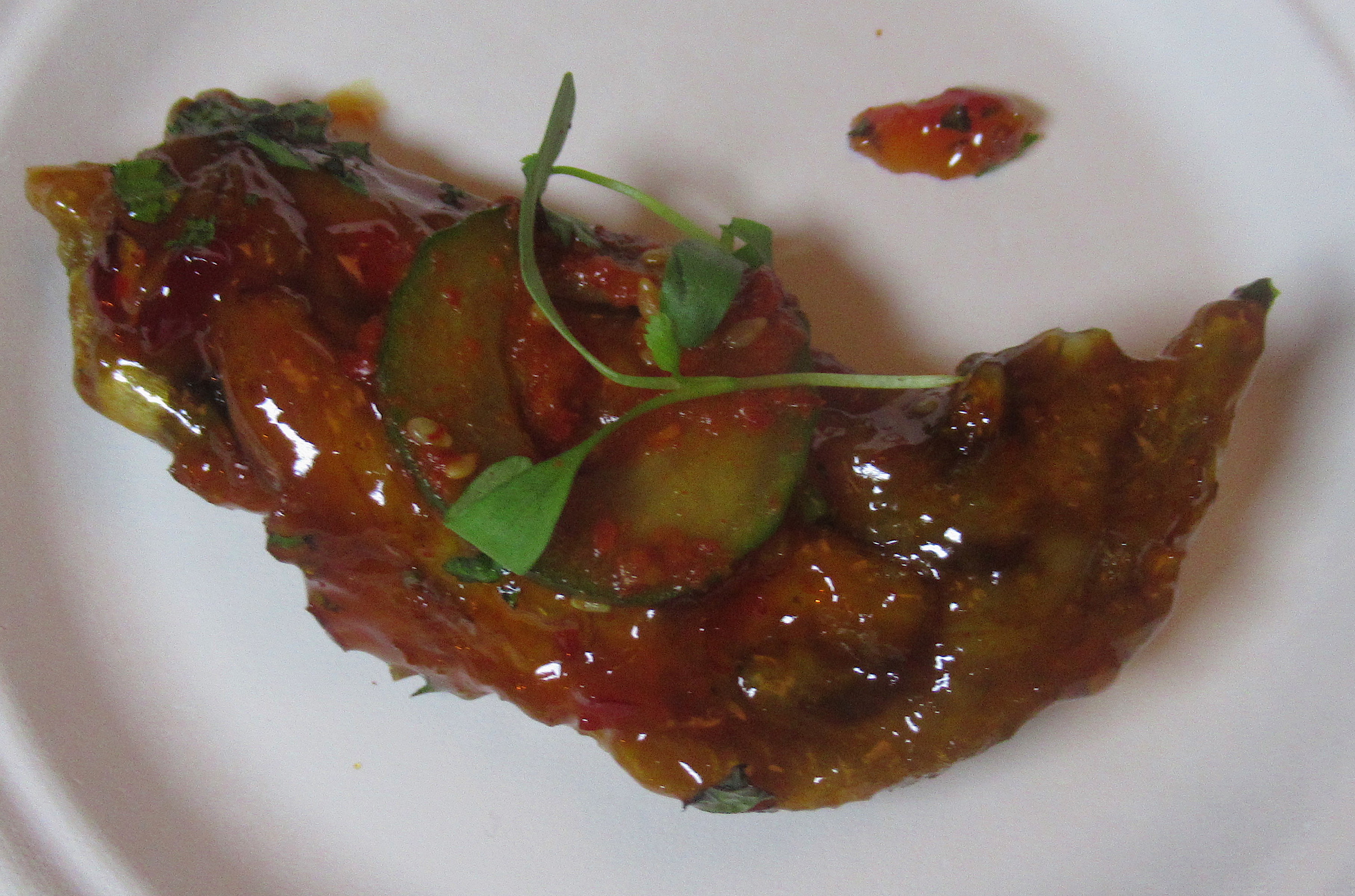 Anything Korean: The sweet, spicy and pungent taco-onion pancake hybrids from Park’s BBQ are proof positive that Korean food is not going anywhere, though Black Market Liquor Bar had a very respectable take on a Korean chicken wing and the chain Bibigooffered their tasty contributions to the trend.–e.g.

Burritos La Palma: These small burritos were packed with big flavors, thanks to a distinctive blend of of shredded beef, spices, queso and sauces. They were among the very best I have ever had in Los Angeles, no small feat, given the large number of excellent Mexican restaurants in LA.–d.p.

Casa Vega: The long-time San Fernando Valley institution, which recently updated and upgraded their menu, rolled out a flavorful Sweet Corn Tamale with sweet corn, cheddar cheese and mild chili sauce. This was not your everyday tamale, bursting with lots of bright flavors like many of its newer menu selections. –d.p. 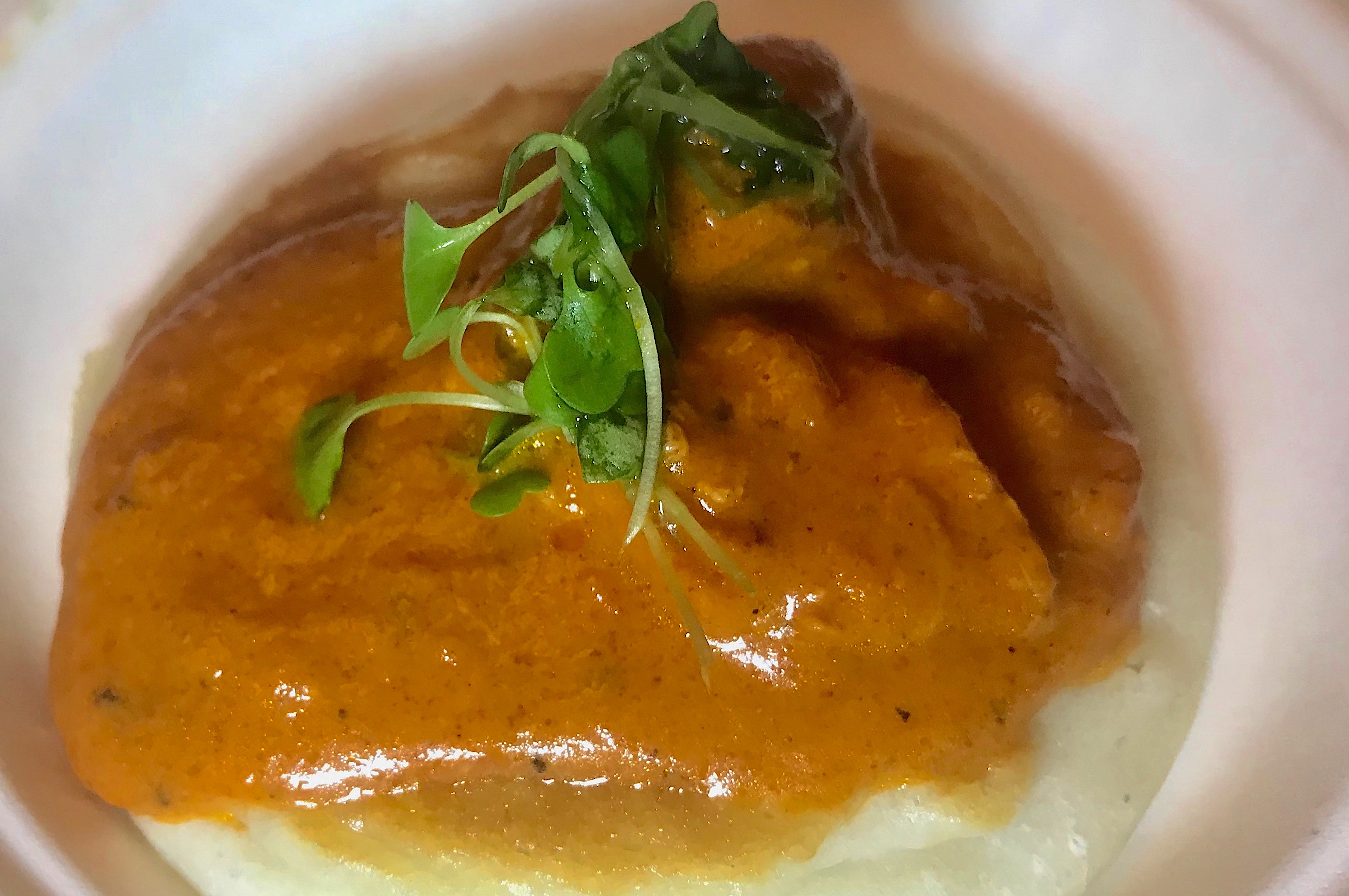 The Butter Chicken Uttapam was one of the best items all weekend.  The white meat chicken was covered in an unforgettable expression of the flavored and creamy indian curry.–d.p.
Tumbi’s puts the butter into butter chicken in a way we can’t resist. They were welcome as our favorite first family of original Indian fusion from Badmash (Chefs Pawan, Nakul and Arjun Mahendro) took to the stage to preview their new burger restaurant opening this winter.–e.g.

Prawn Coastal Casual and Love and Salt: These spots offered prime examples of wonderful appetizers for a hot summer evening:  Prawn Coastal’s Salmon Mousse Crostini was a refreshing of salmon mousse, creme fraiche, cucumber and salmon roe; Sun Gold Tomato and Burrata was drizzled with olive oil and a dash of basil, making for a perfectly balanced and refreshing take on the classic.–d.p.

Otium: The peach glaze balanced out the richness of the veal in their decadent meatballs, and frankly, I couldn’t stop at just one.–d.p. 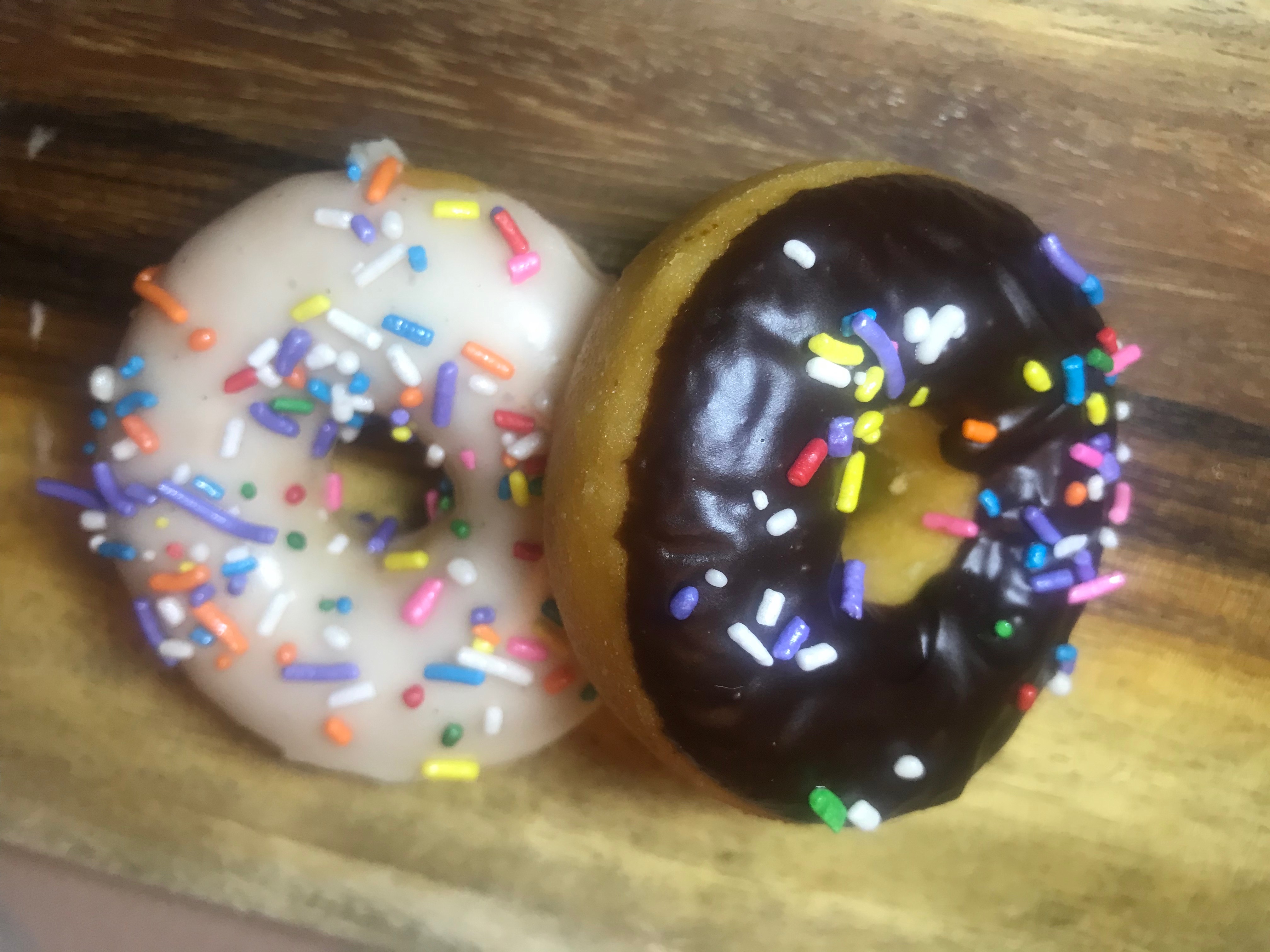 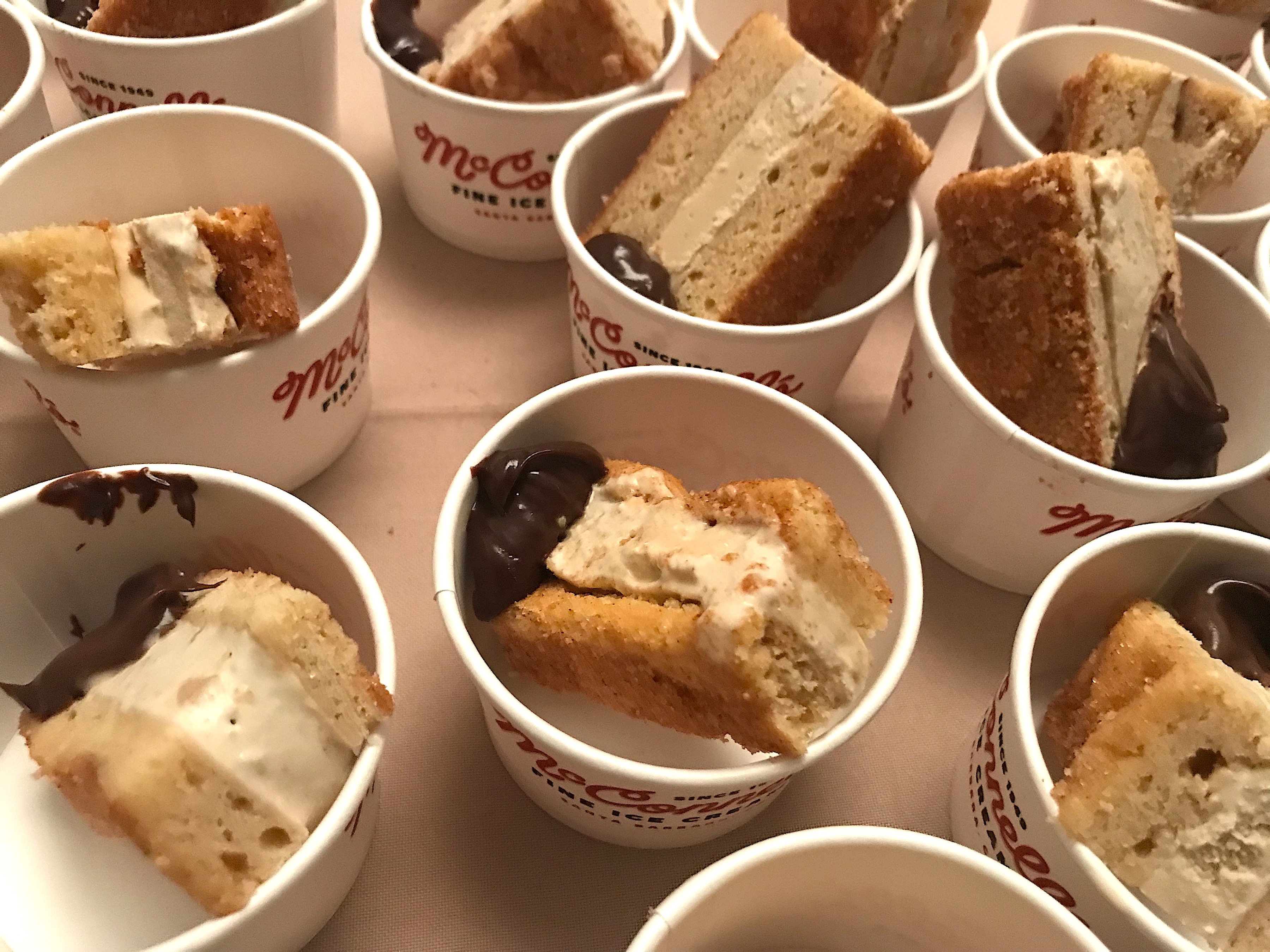 McConnell’s Fine Ice Creams: Our favorite Santa Barbara, CA transplant came to the party with the perfect final bite—Churro Ice Cream Sandwiches—to tame the effects of a night filled with savory bites prepared by chefs not afraid of spice.

Night 2: The Meat & Potatoes Affair (An emphasis on steak, fried chicken, pasta, and lots of starch).There was a county fair’s worth of fried chicken at the booths this go-round, from the much lauded and trendy Yardbird Southern Table & Bar to beloved casual spot Gus’ Fried Chicken to Nashville import Hotville Chicken. Most of them dripped with honey and gravy, resulting in a flavor profile pointed a little too southern for some SoCal palates. Kudos, however, for the many who offered up generous portions.–j.m. 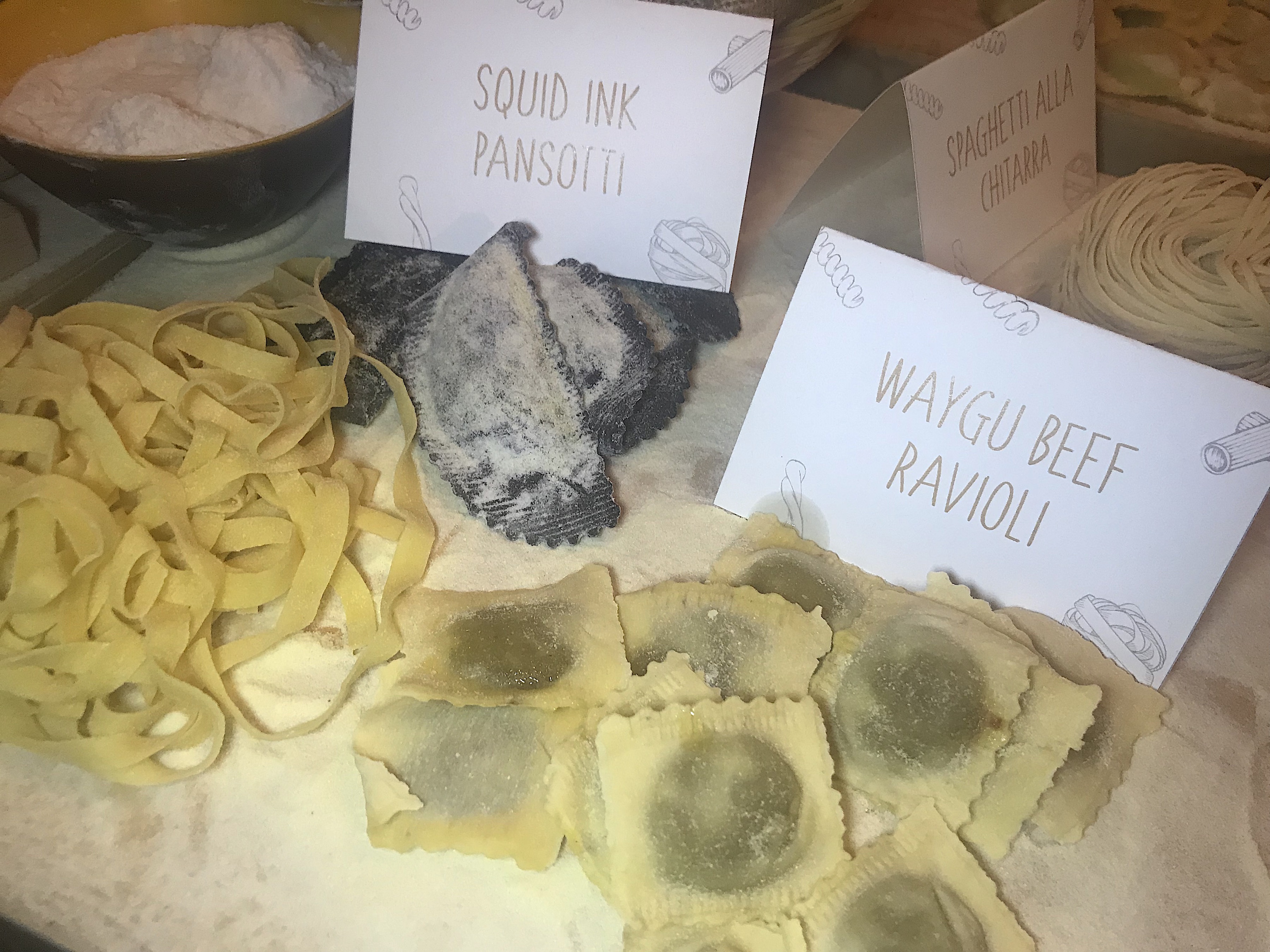 Eataly: The fact that Los Angeles outpost of the trendy New York-based restaurant group recreated their a bountiful Tuscan kitchen within their festival booth was quite impressive. Eataly, known for its hand-wrought pasta, tempted with spinach pasta with earthy sage butter.–j.m.

Eataly’s Agnolotti del Plin with Butter and Sage was fresh and attractively executed. However, the butter and sage sauce was a bit bland and did not elevate the dish.–d.p. 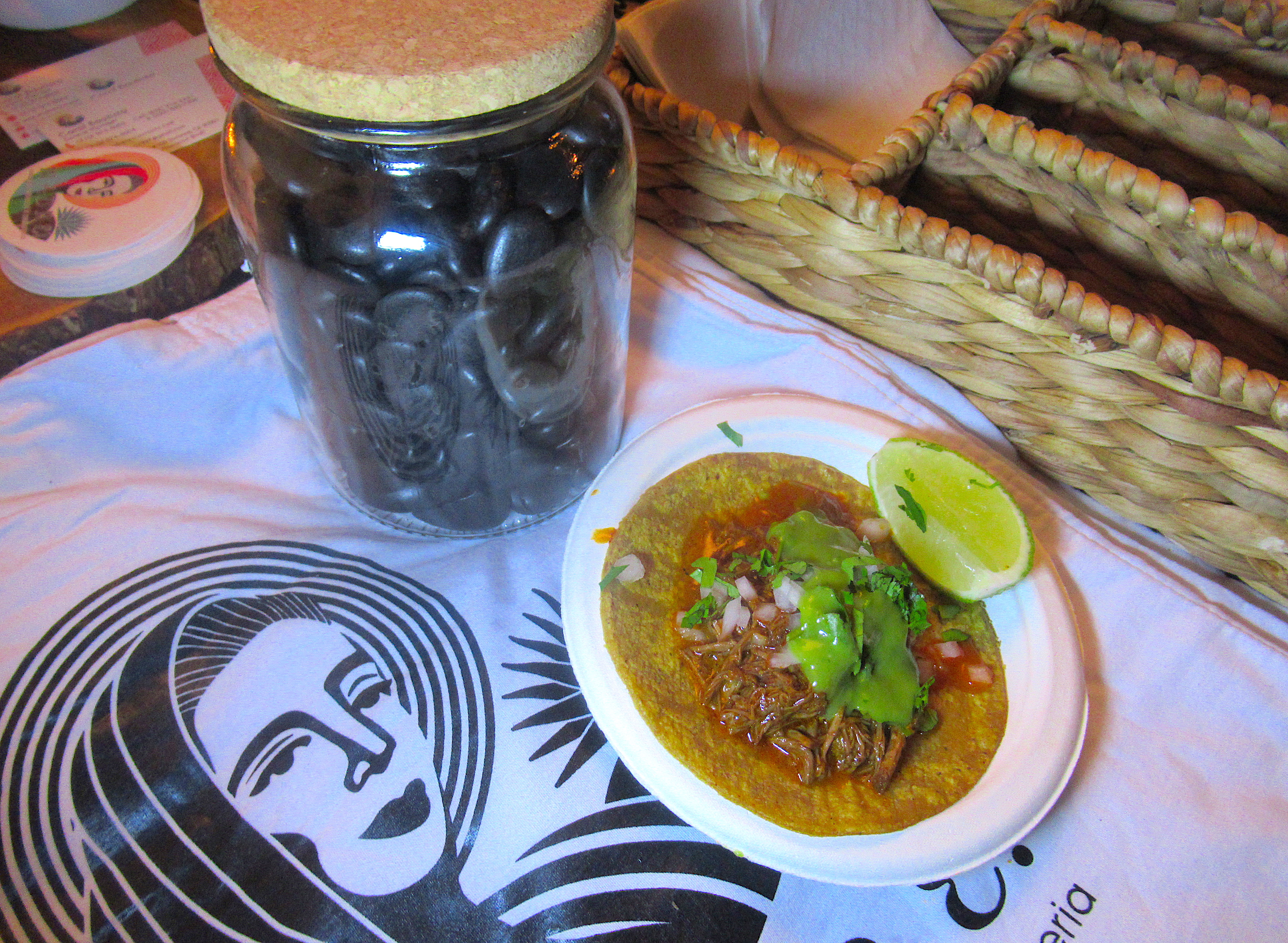 Madre: The hands-down winner of the evening, with its melt-in-your mouth brisket taco and generous portion of ocean-fresh ceviche. A meal in itself if you took both. However, the brisket taco was the standout of the two.– e.g. and j.m.

Maple Block Company: We not only love the brisket, but the fact they offered up the brisket as they do at their Culver City outpost.–e.g.

The Bellwether: Studio City’s Bellwether is home to the best French fries in Los Angeles, if not possibly the world. It’s a secret those on the other side of the “Canyons” may not have known, but they do now! The cocktails are also worth a trip “over the hill.”-j.m. 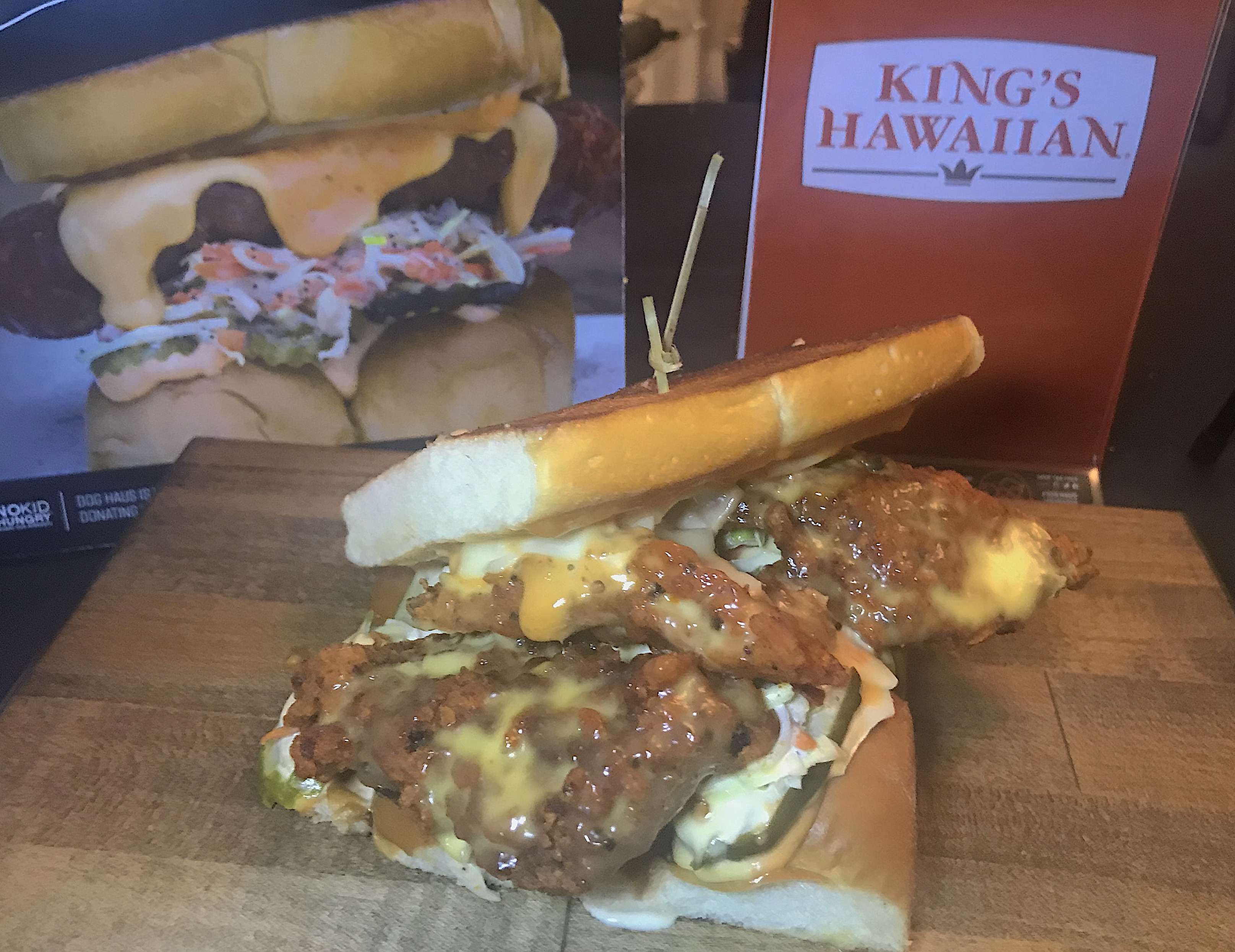 The Dog Haus: Some of the fanciest farm-to-table spots channeling the Southern spirit offered fried chicken and the fixings with great style. However, this was the chicken—in grilled cheese form-that came home to roost for us.–e.g. + j.m. 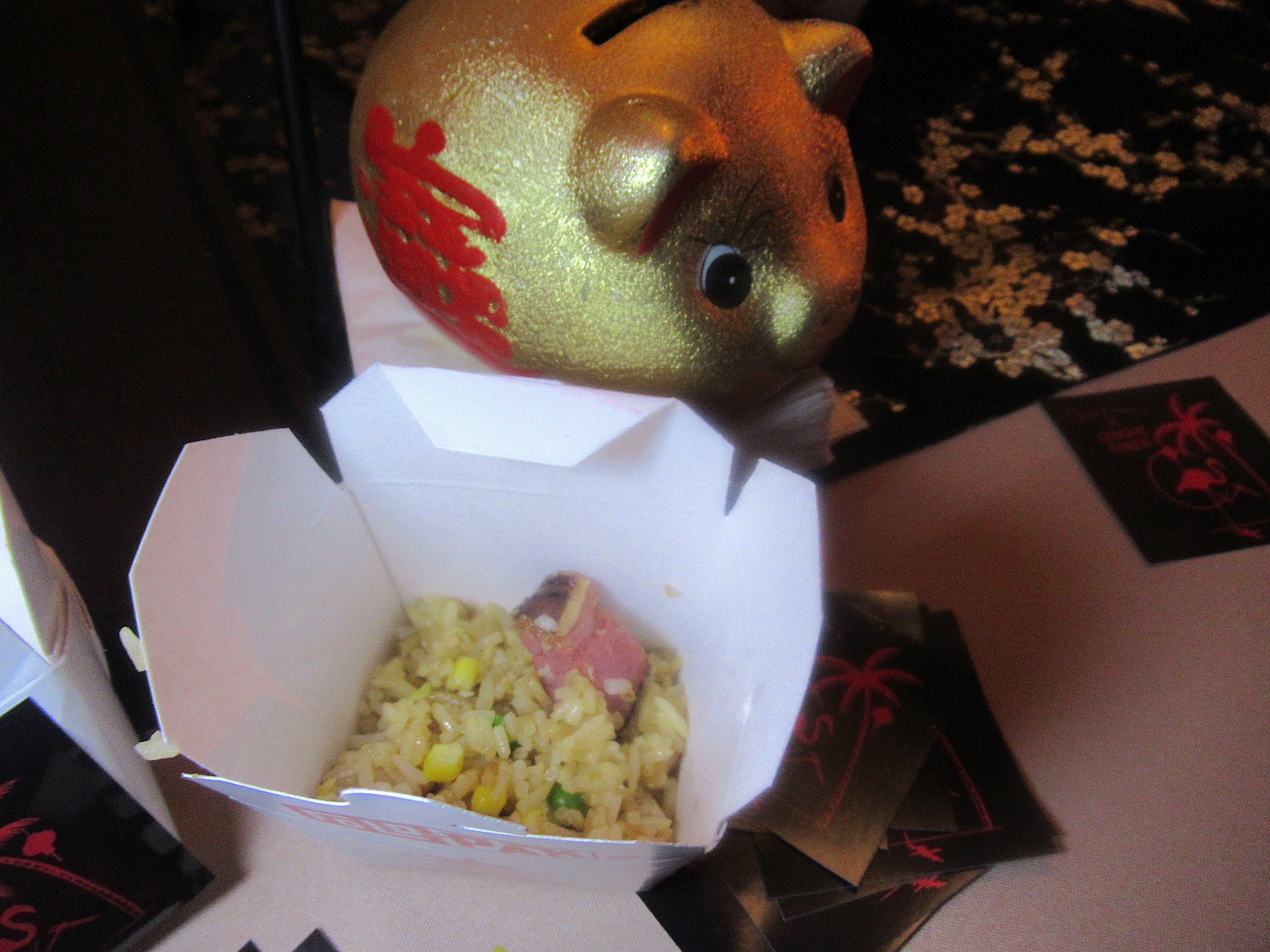 Freedman’s and Genghis Cohen: After the blazing bite of Hotville Chicken’s Music City Hot Chicken, fried rice with touches of fresh pastrami provides a much needed counterbalance to refresh the palate.-e.g.

This was a very interesting, accomplished blend of traditional deli flavors beautifully incorporated into an excellently seasoned fried rice. One of the most inventive dishes of the weekend.–d.p.

Ellie’s: This cute spot offered a very refreshing Shrimp and Melon Ceviche with persian cucumber, serrano chile, creme fraiche and crispy quinoa.This multi-textured bite had a creamy and flavorful finish, with each ingredient almost melting into each other in your mouth. —d.p.

Viviane: Its Spinach Cavatelli was best pasta offering all weekend, house made and superbly blended with spicy Italian pork sausage, Swiss chard, parmigiano reggianoand bread crumbs. It was spicy, creamy and flavorful, all in one bite.--d.p.

Night 3: It’s a Wrap (The last night was a “greatest hits” compilation of some of L.A.’s favorite “O.G.” restaurants and new arrivals.) 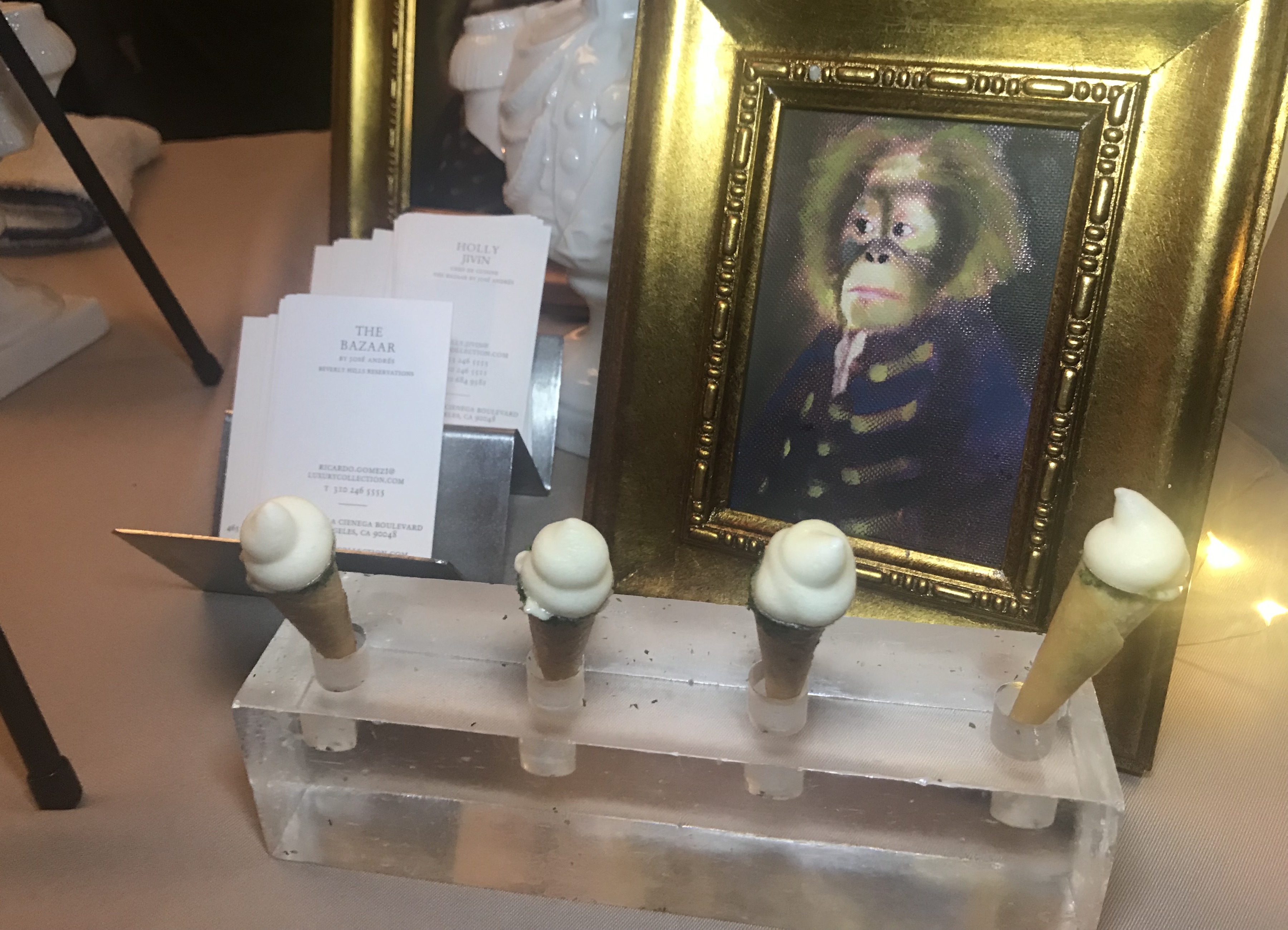 The Bazaar by José Andrés: Art as food that tastes good—this time using hamachi in the most delicate way imaginable.

Triple Beam Pizza: The “Sage the Whales” pizza had the best crust of all pizzas offered during the weekend–crispy, crackly and non-greasy.

Chao Krung and Jitlada: Forget the nicey-nice Pad Thai. The chefs aimed squarely for the jugular of Thai food purists with their burning hot chicken, beef and tofu dishes. 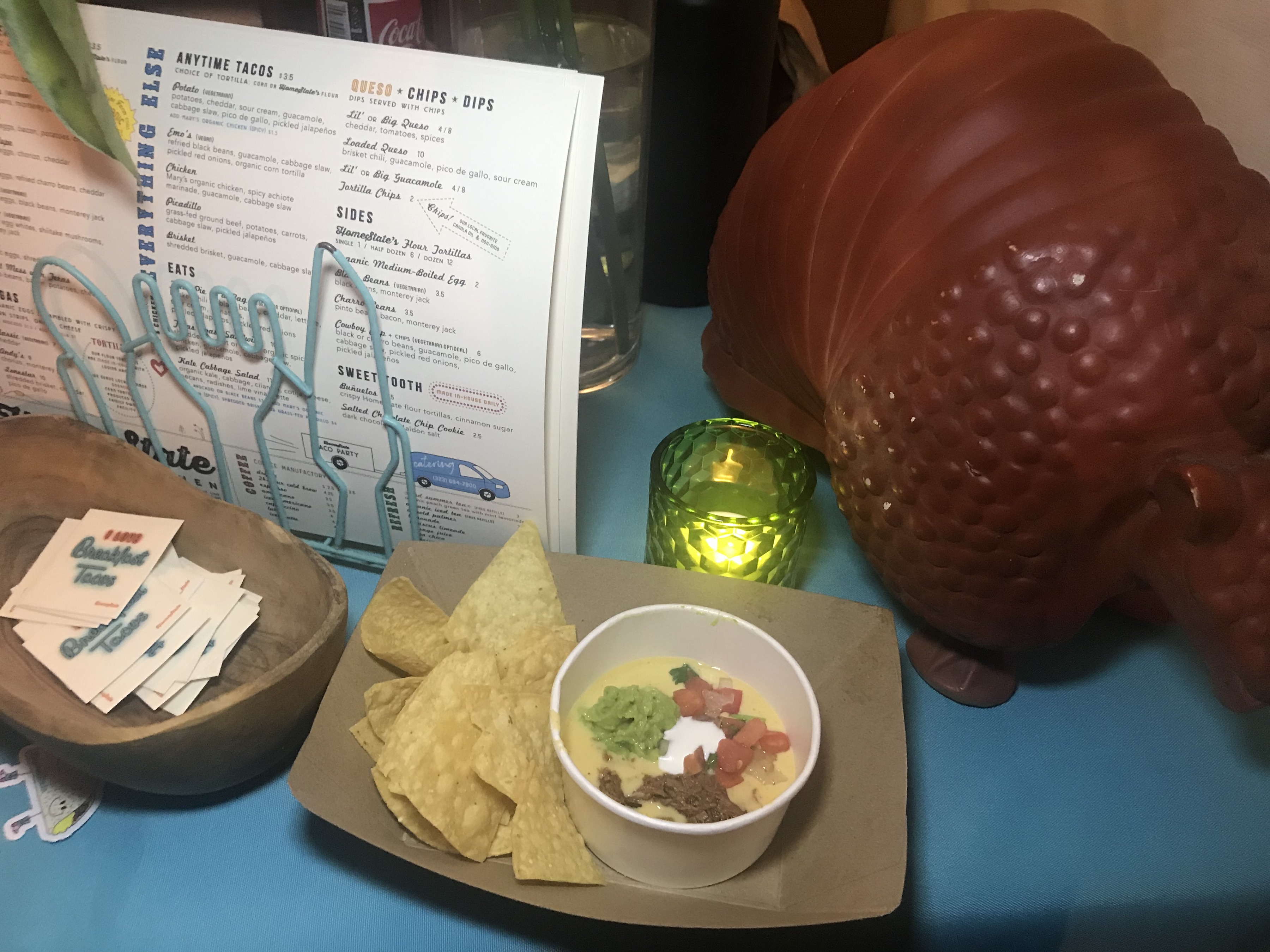 HomeState: Sometimes you just have to do nachos the real world way–Fresh chips with a nice bowl of creamy cheese topped with guacamole, scallions, and chorizo on the side. 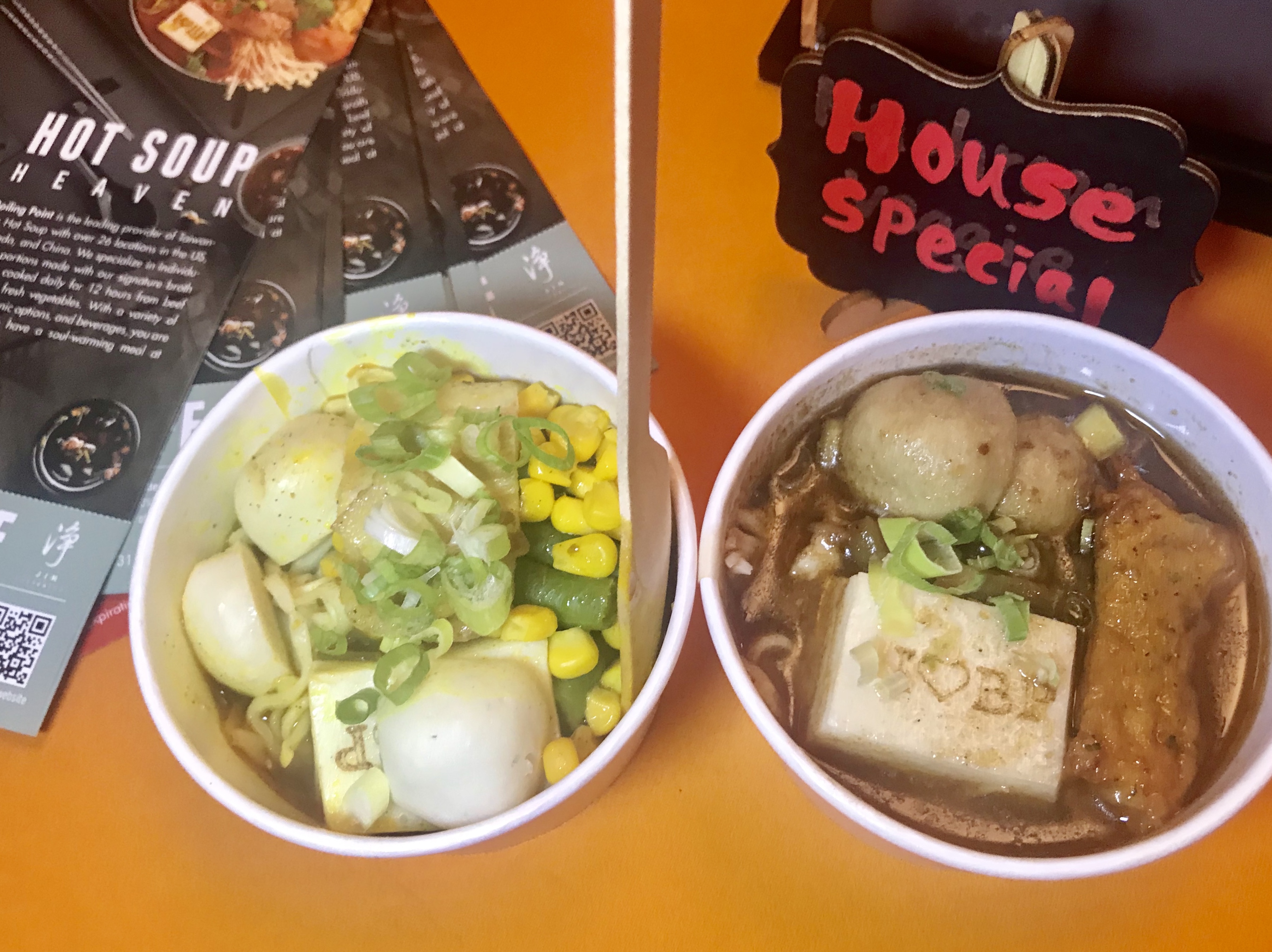 Elixir G: In a word, “Gingerita.” This fantastic product puts craft margaritas in anybody’s hands with a unique formula made from ginger grown in Hawaii. Better still, it can be a great ingredient for mocktails, too!

0
Elyse Glickman September 4, 2019
No Comments Yet

The Peak of Summer: Dining Out In L.A.

Netflix + Chill(ed): 12 Cocktails & The Shows That Inspired Them