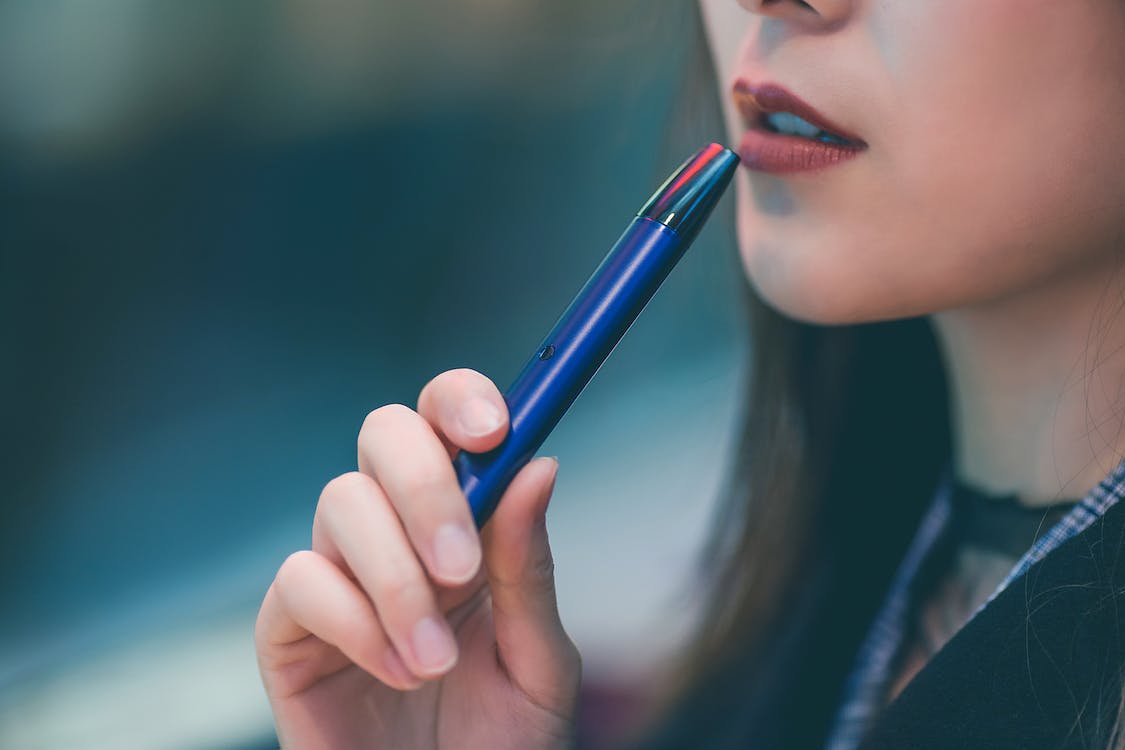 The first commercially viable modern vaping machine was brought to market in 2003 but has its roots in smokeless and tobaccoless e-cigarettes first designed in the 1960s by Chinese pharmacist Hon Lik.

Developed as a safer alternative to mass-marketed cigarettes which contain many harmful substances such as carbon monoxide, lead and nicotine, the e-cigarette has been marketed as such, commanding huge success with the global vaping business estimated at approximately 12 to 13 billion US dollars.

A recent study conducted just before the Covid-19 outbreak has found that Vaping is most popular among college-age adults who prefer to vape than smoke traditional cigarettes, but has also increased in popularity among younger students since 2015.

Many vaping products contain flavorings which could be a contributing factor in appealing to younger kids over the acquired taste of traditional nicotine or tobacco products. Cartridges for vaping cannabis have been developed and different flavors and enhancers applied to vaping products can mask the unpleasant smell, though most smokers of weed still prefer the traditional joint with the use of a dab kit as their preferred practice.

Like any new product that challenges the status quo, whether you agree with it or not, the use of vaping products has caused some controversy. Quit smoking advocates and some health professionals alike claim that vaping can significantly help with quitting the widely known-to-be-harmful traditional cigarettes.

However, research has shown that while some vaping products can be beneficial when trying to quit smoking, they come with their own problems. The chances of developing the Inflammatory lung disease asthma along with chronic heart condition COPD have been found to increase when vaping, especially for those who smoke as well.

Because more research is needed, e-cigarettes and vaping are not currently approved by the FDA as a viable solution to quitting smoking. Also, the residual vapor from these machines has been found to be just as dangerous as second-hand smoke.

The fact of the matter is that the vaping industry is still too young to derive any unbiased or usable results since the long term issues or benefits, if any, are yet to be conclusively studied. Both sides of the argument have valid claims both for and against vaping, while the general public mostly believes that vaping is a healthier option than smoking tobacco, although some surveys suggest that this perception might be changing.

The FDA’s refusal to recognize vaping and e-cigarettes as treatment, combined with developing research highlighting the harmful effects of vaping means that 2021could be a bad year for vaping as an industry.

Many vaping stores and lounges have taken a big hit in terms of commercial viability since health professionals have warned that people who smoke or vape might be at increased risk of developing the current Coronavirus illness due to the respiratory infections associated with the disease.

It is most likely that people who already smoke and/or vape will continue to do so while due to the current restrictions placed on vaping stores, new vapers might be hard to come by. Given that current studies are seemingly highlighting the dangers of vaping for new smokers this trend will probably continue.

Vaping advocates and those working on behalf of vaping companies remain hopeful for 2021. This year, vaping manufacturers and businesses submitted research to the FDA in the hopes of having their studies reviewed in the near future, but the scale of the operation means that it could take a while.

The World Health Organization reports that traditional tobacco smoking worldwide has been declining for a few years, so vaping’s main competitor appears to be losing out over vaping’s increased usage.

Like a lot of industries during these uncertain economic times and worldwide pandemic, the future of the industry is very uncertain, however, the statistics seem to suggest that the practice should remain stable for the foreseeable future.

This is despite vaping alternatives coming to market such as non-heated and nicotine-free products but as with any new product, as was the case with vaping itself, more issues are likely to be identified with these as well.

In a world filled with vice and pastimes, with everyone looking for something to do, new products are always going to be mass-marketed, replace others or start new trends entirely. But since smoking has been around for hundreds of years it isn’t going away anytime soon.

Some nations have the right idea by limiting smoking to outdoor areas only since non-smokers don’t need to be hassled by the odor and dangers of second-hand smoke, and as new evidence emerges, slowly but surely, rightly or wrongly, vaping is starting to be included in this.

How is Digital Technology Changing the Work Environment?

0
Millennium Magazine December 28, 2020
No Comments Yet

How To Manage Painful Sports Injuries