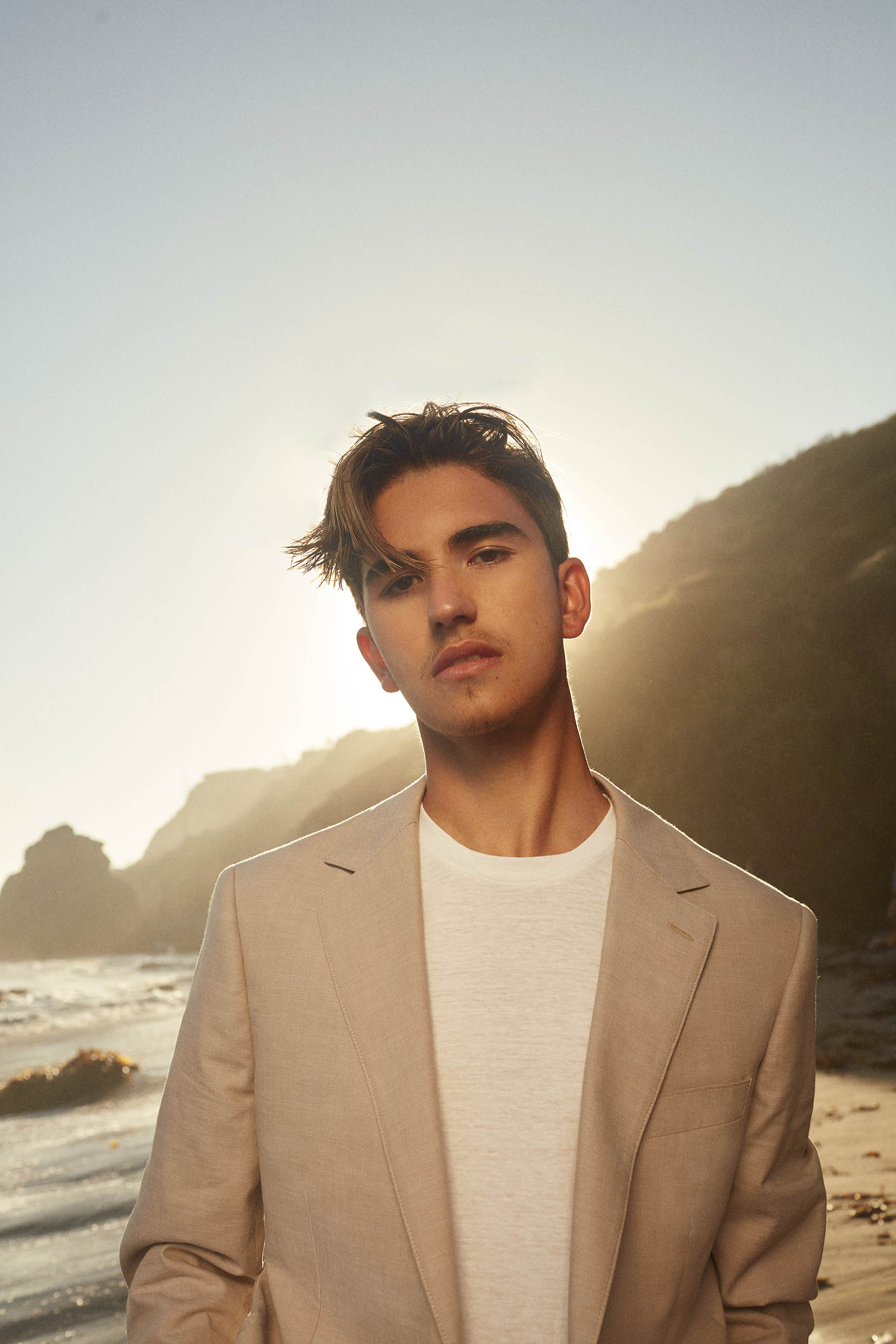 If you are wondering what a child prodigy looks like in the new decade, look no further as singer/songwriter Sebastian Dobrincu is the one to watch out for. Aside from being Silicon Valley’s youngest tech millionaire, making the list for  Forbes ‘30 Under 30’, a talented speaker, killer good looks, and best of all, humble, approachable, and a gifted individual with an awareness of his own abilities and that of others, Dobrincu has achieved all of this already by the age of 21!

As Dobrincu manages his successful tech company, Storyheap, he looks to make a new name for himself in the music industry. His unique background, his strong work ethic and  keen abilities to listen and observe his environment, has brought him to his success in technology, and he looks to use his keen business sense in a more creative way through music.

Growing up in Bucharest, Romania, Dobrincu (prounounced doe-BREEN-kyoo) first became interested in computer programming when his father gave him a book on the subject when Dobrincu was seven-years-old . Devouring all he can on computers and technology, Dobrincu grew up digesting all the information available and eventually developed the app Storyheap, which allows businesses to improve engagement and optimization. 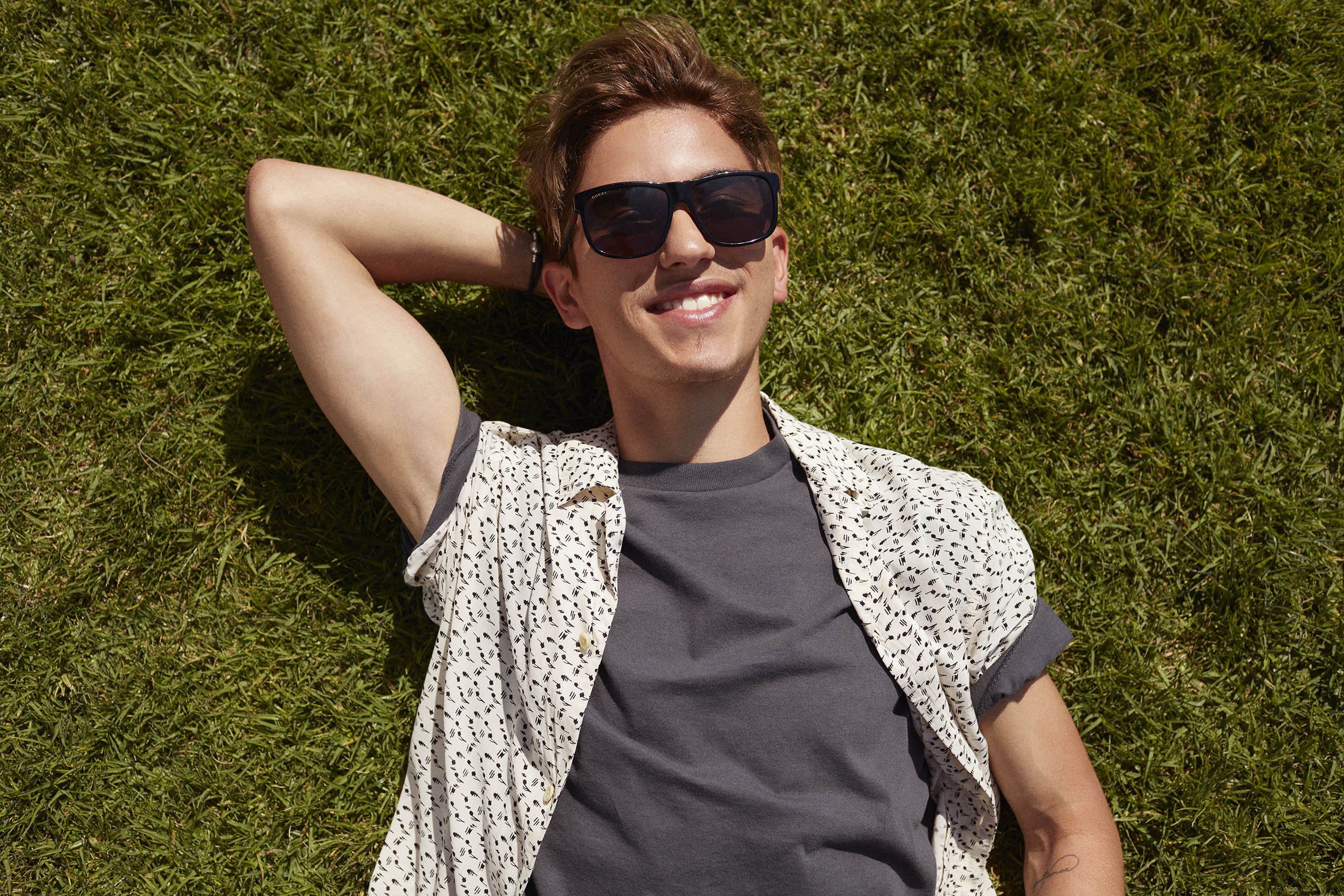 Storyheap has its own interesting roots as Dobrincu explains, “I was in New York, waiting at a traffic light, and a few girls were next to me. They were talking about how hard it is to synchronize their stories across Instagram and Snapchat. It was around the time when Instagram Stories was released. I was thinking, if this girl complains about how hard it is, what about agencies that have to manage hundreds or thousands of accounts – that must be a real pain in the ass.”

He continues, “So I pulled one of my friends who owned a social media agency, and he confirmed that. He literally had someone just synchronize the stories on each account. Basically, log into a Snapchat account, export a story, log into the Instagram account, upload it. So that was the initial idea for Storyheap. How we can save time to our users? Quite simply, it allowed whenever the user posted something on Instagram, it would automatically synchronize it on Snapchat and vice versa.”

With Dobrincu’s success on creating Storyheap, a burning desire to follow his true passion remained. Prior to learning about programming, Dobrincu had a love of music. Taking piano, guitar and vocal lessons since he was five, he knew this was something he had to explore.

“I think any entrepreneur really needs a more creative side— needs to keep their creative part still working . And I think this is the best creative medium for me because it was always my biggest passion when I was young – music. So now I’m able to go back to my old love for music and create music and put music out there.”

Dobrincu’s first video “On Your Mind,” debuted in late 2019 and quickly gained traction on YouTube with more than 200,000 views, more than 150,000 in just its first three days.  He writes his own lyrics and assists with the production side as well. (His production partner in the recording studio is the accomplished Marius Moga, a producer who has worked with Adam Levin and many other pop acts.)While he feels that the music industry is oversaturated, Dobrincu looks at music from a business perspective to come up with unique angles that not necessarily have been touched upon, while remaining authentic to his craft. 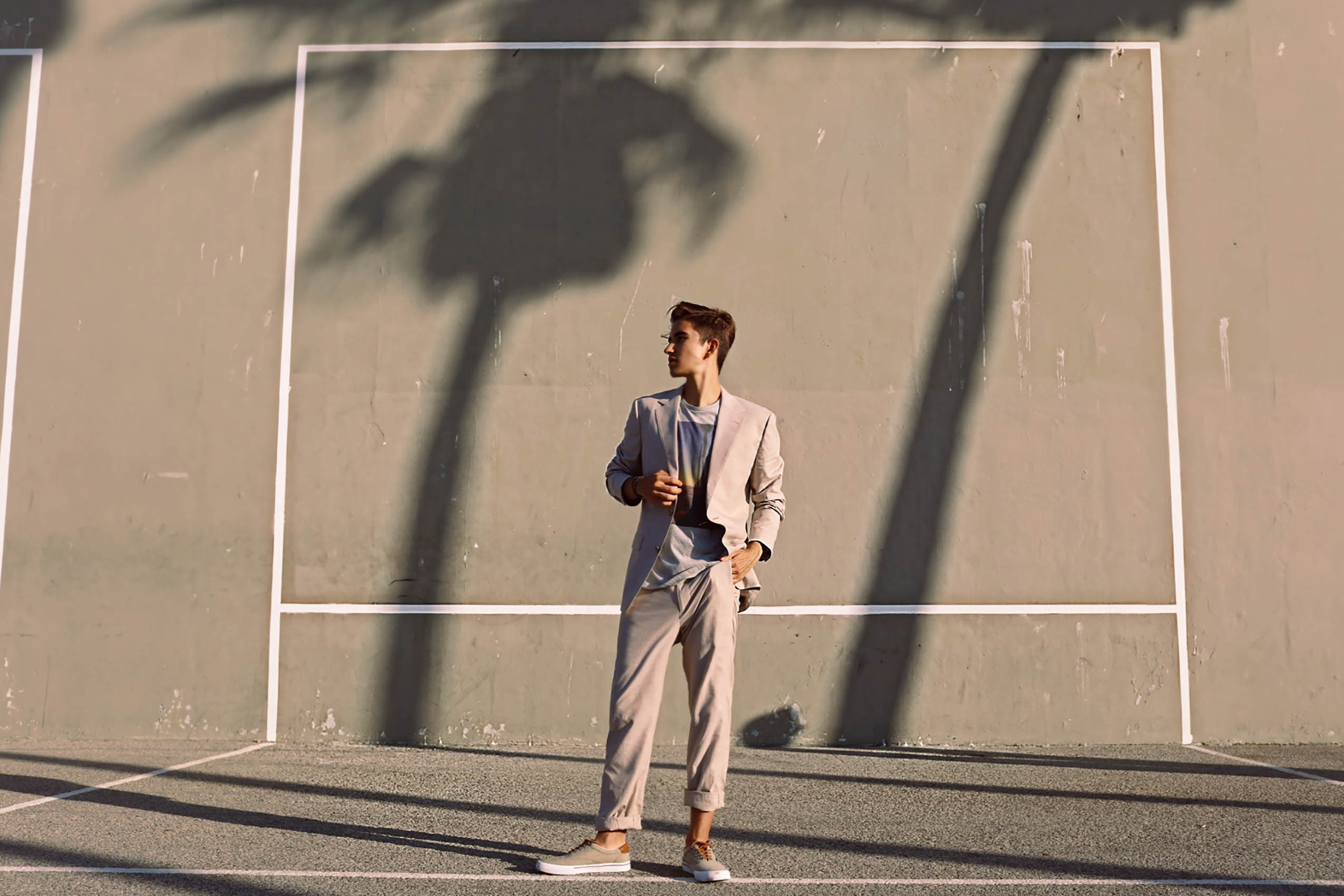 Dobrincu elaborates on his first music video, “For example, the music video for “On Your Mind,” we tried to come up with something more unique. All music videos start to look the same nowadays. So that is why we tried to come up with this idea with the voodoo doll because I did not want any interaction between me and the girl (played by Celeste Bright). In the video, she is shown singing the song and there wasn’t any interaction between us.  The only interaction was through the voodoo doll.”

Dobrincu was savvy, though.  Celeste Bright happens to be a very popular Instagram “influencer” with the looks of a swimsuit model.

The two priorities that Dobrincu focuses on in his music are his creative authenticity and producing music that he believes his audience will enjoy.  Yet, he has a unique ability to use his technology and business success and to lay a foundation for his music career.

He explains, “There is still a lot of strategy behind that. It is not just because there is a lot of good music out there, but if you don’t know how to distribute and how to reach the right people and target your audience, it’s not going to get anywhere.”

To juggle being an entrepreneur and up and coming pop star on the rise is no easy feat. “That was a tough transition. I was doing music when I was young but then I took a long break from that. And it was a pretty interesting transition because, one day I was in the office, I was delegating stuff, I was managing my day to day activity in the company, and the next day I was recording in the studio. So that was a big jump, and it took me a few weeks to get used to that. But now it feels really natural. Whenever I am in the studio, I just feel like an artist, and not like a CEO coming to the office. I am able to do both.”

A man to action, Dobrincu is not one to sit and wait for his life to happen. “I think the most important thing when it comes to achieving success in life, is the amount of time that you spend on the field playing and the amount of time you spend watching other people play. You got to go out there and do actionable stuff, not just watch people motivate you and speak about doing stuff. You got to actually do it.” 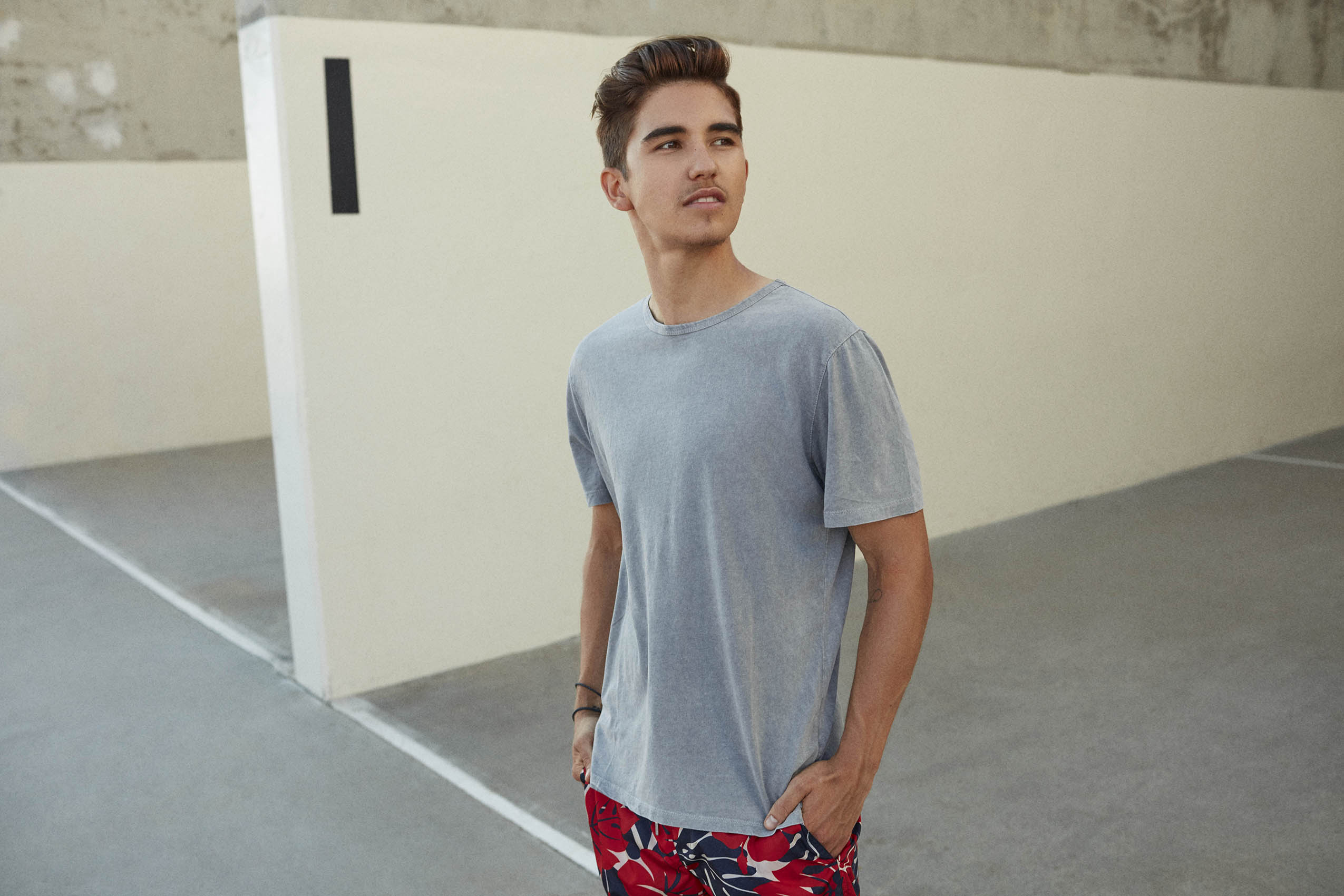 And action is exactly what Dobrincu did. After the release of his first single, he went to work for his second music videos for the songs, “Halfway to the Moon” and “We Got That Love.” While his current music style has a pop edge to it, Dobrincu’s open  to evolve his music, has varying tastes and seeks to reach a wide audience.

With a keen sense of self-awareness and awareness of others, Dobrincu values having a strong team of people beside him as he looks to grow both his tech business and his music career. 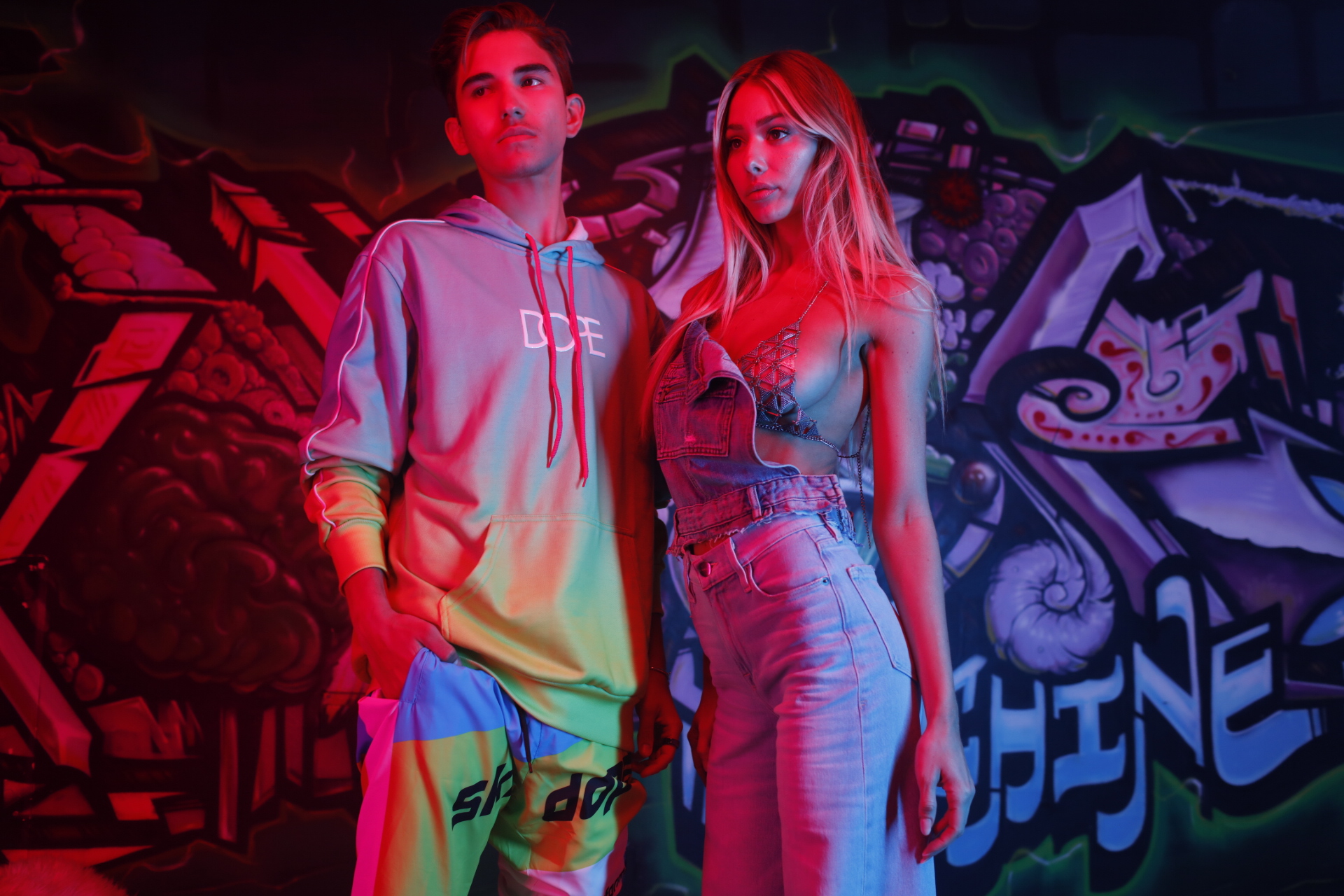 “I think the key here is the team that you have around you.  And I have an amazing team at work, and in the music industry as well. And without that I would not be able to do them both, that’s for sure. For example, when I’m here doing this for my music industry, I have people that I know can take great care of the company and I don’t have to worry about that.  And the same way, when I’m doing business, I know that I have people like Emily (Emily Tan, Dobrincu’s U.S.- based music publicist) who are doing amazing work in pitching radio stations and publications. Without my team I wouldn’t be able to do any of this.”

Aside from having a strong team around him, Dobrincu attributes his success to having a relentless mindset. “That is the key in everything I have done.  Because we always look back at our careers and what we have accomplished, and we often forget the hard things we had to go through. For example, I had a bunch of failures before I even got my first startup to take off.”

He continues, “But if you actually think about it and you go back and you look over  your trajectory in life, you have to realize that you have gone through a bunch of failures, and the most important thing is that you have to learn from those failures. If you don’t learn, you’re not going to improve. And that’s what I have been trying to do. Even in music, not all songs, obviously are going to go out there and break charts, but you learn something new from each song, the way it performs.  And I think it is the same way in business. You see what works, you see what doesn’t and over time you obviously get better at it – to the point where you finally succeed.” 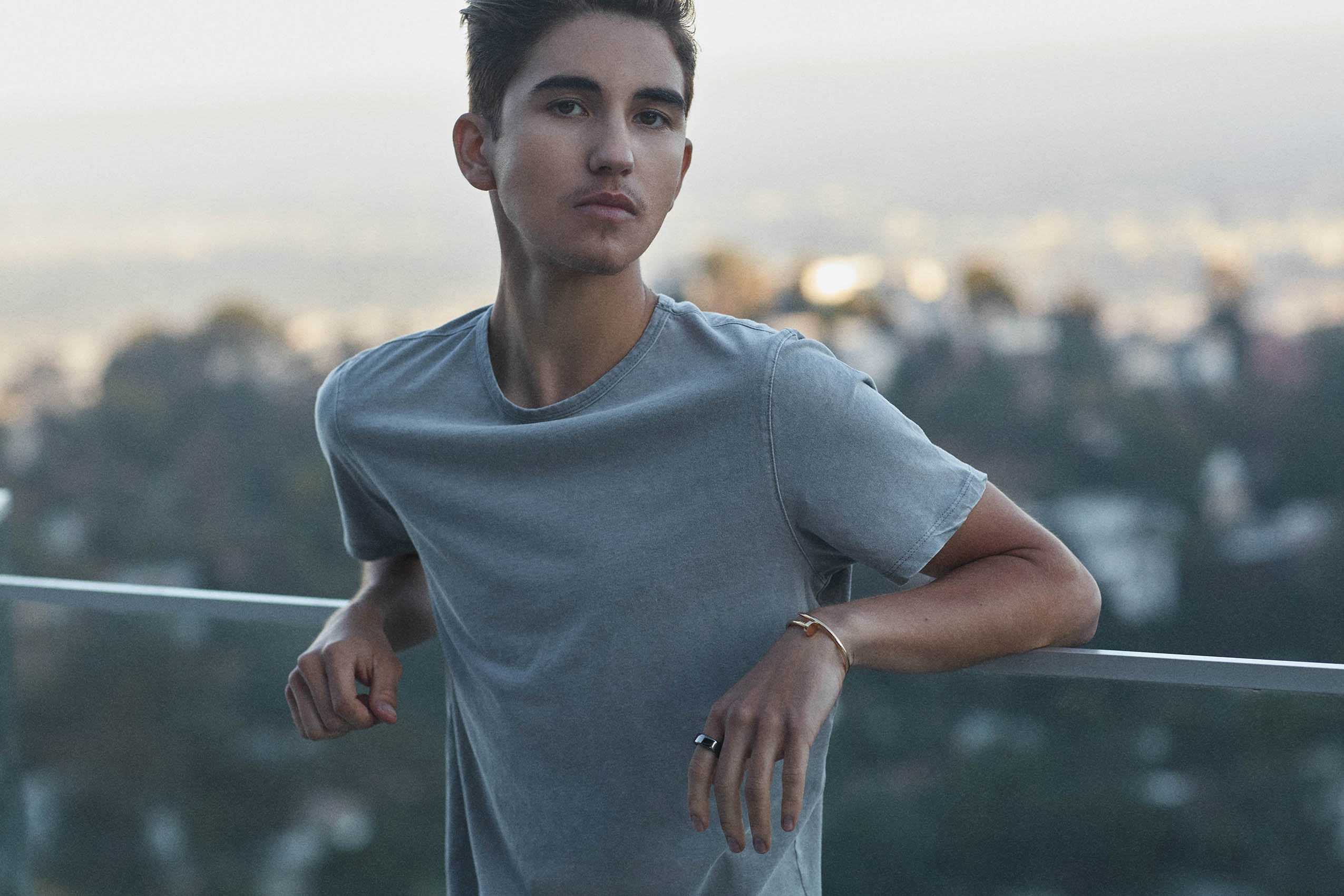 Dobrincu in March will release his newest single.

With a lifetime of creativity ahead of him, it will be fun to watch how Dobrincu evolves worldwide!

Bumpin' Together: Resources and Tips for Pregnancy During a Pandemic

Smart Phone Users: How To Get More Out Of Your Smartphone

How to Entertain Yourself in Your Downtime When Traveling